Posted by PokingWaterGames on Sep 27th, 2017

I've been focusing on retesting every existing feature and fixing issues over the past week. With the Steam Early Access 3 weeks away, I'll be sending out press builds soon and want the game to be as stable as possible. This means the Stock Market feature won't be ready until after the Steam version is live. Having said that, Alpha 1.6 is now live and there's a few new things in addition to those mentioned in the last post.

You can now buy Lottery Tickets from the Mall. This probably sounds strange in a game about smart financial decision-making. The lottery is drawn at the end of each week. If you lose, nothing happens except you wasted your money, but if you win your happiness increases. On average you will lose money just like in real life, so playing the lottery is only useful as a way to increase happiness. 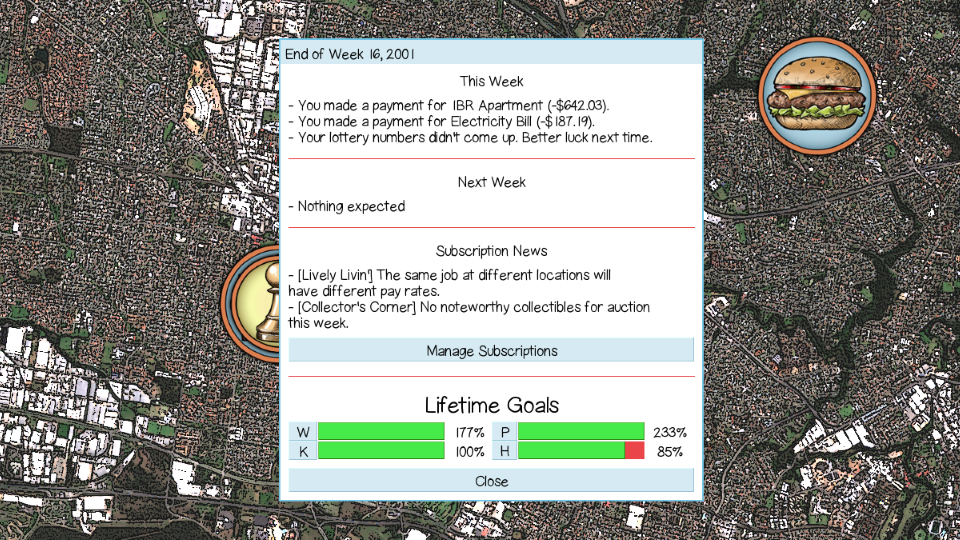 Next, I found some flaws with the way I was calculating repayment rates for home mortgages. I was using the same formula that was used for personal loans, but this made the monthly mortgage repayments very unaffordable. I've changed it so now when you take out a mortgage, it will always be paid back in 30 years (unless you pay off the principle early). This makes the loans much more affordable and realistic.

Improvements have been made to the personal loan and mortgage screens as well. They will indicate the current monthly repayments so you can work out whether you can afford the loan. You can compare the repayments with current rent prices to see if it's cheaper to rent or buy a house.

One thing to remember is that all loans are variable rates. This means if interest rates increase, then your repayments will increase as well. This is yet another reason to keep an eye on the Economic Charts I introduced in the last blog post. If you see interest rates are on the rise and economic growth is falling, be careful you don't borrow more than you can afford to repay. 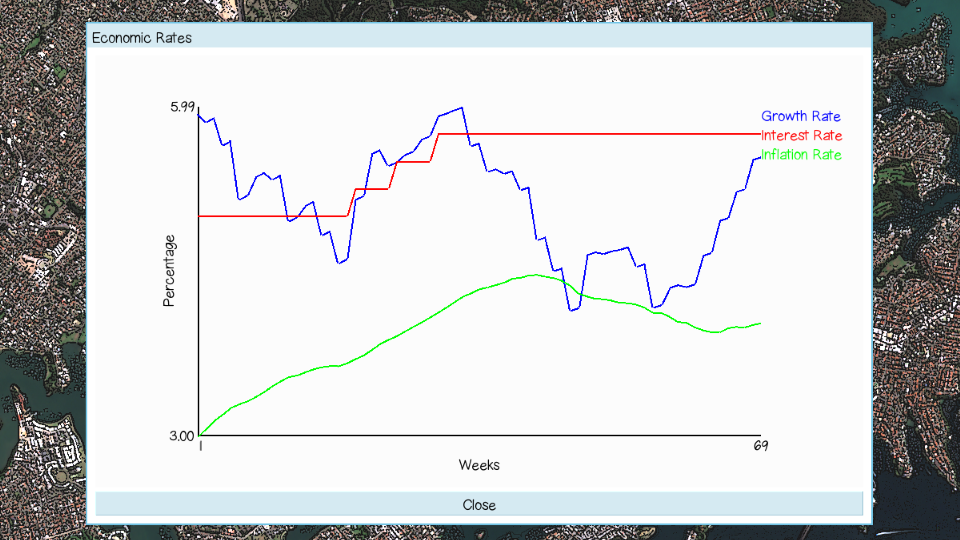 Finally, you can now paint your Collectible containers! Just buy Cans Of Paint at the Mall like you would for your house, and then a Paint Container button will appear under the collection display. 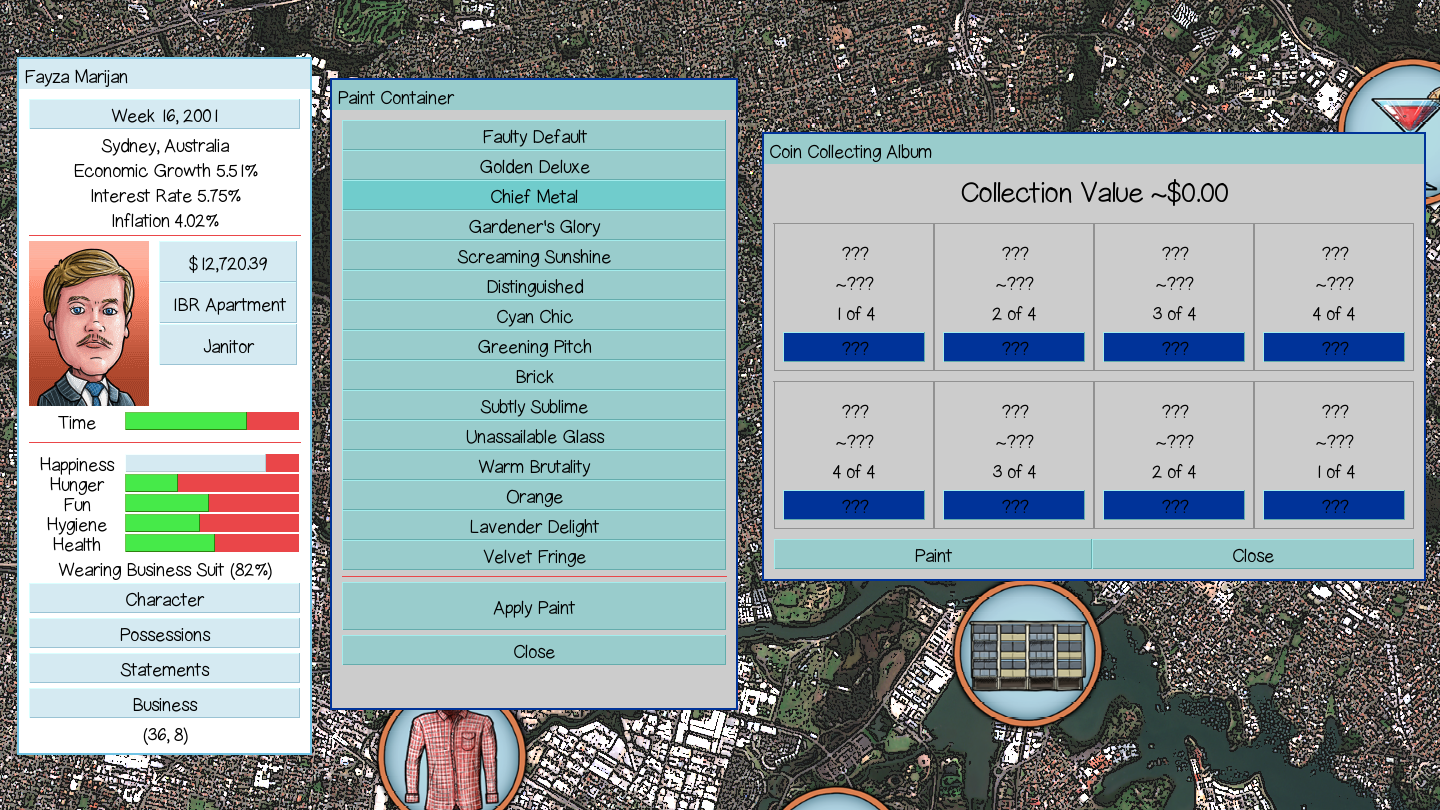