We're not far from our next release on Sunday, December 2nd. Read on for what's tentatively new! 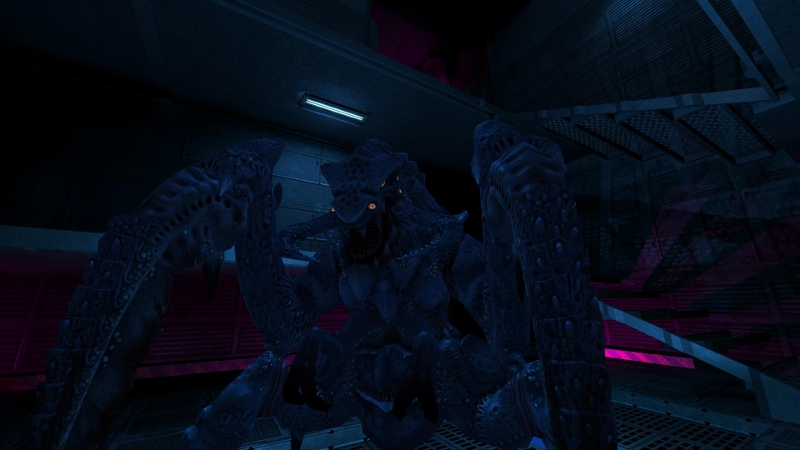 First off, we'll have a brand new map by Pevel, titled Yocto. It's still in the alpha stages, but it's fully playable, and we're eager to hear feedback on what will become a future part of our beta map pack. The map is themed as a sort of abandoned underwater base, complete with gloomy lighting and cramped ventilation systems. It's fully normal mapped, too! Viech will also have the latest version of Parpax ready, which will likely be the last beta of the map before he updates the texture set for a release candidate. As always, the latest version of the map will have new areas to explore. 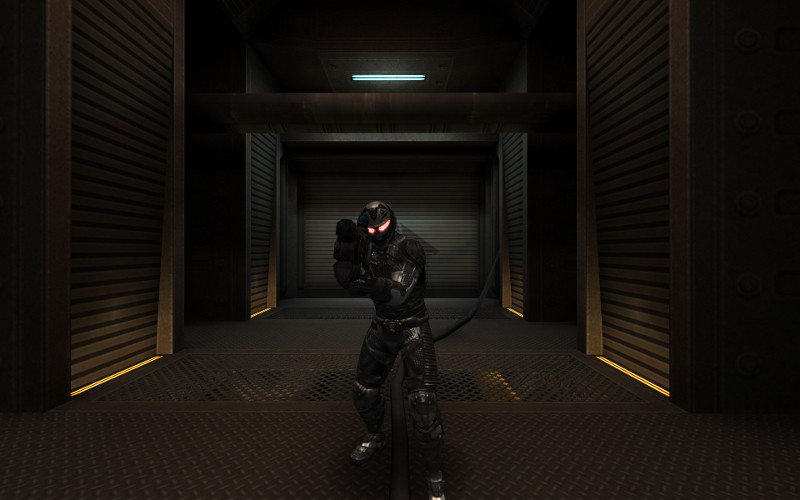 Our human model on Parpax

On the asset side of the project, a lot of things have been in progress for future releases, but at the moment, we have some new human animations by gavlig, who has returned after a brief vacation. We've been fixing up some quirks and adding new content, such as additional death animations and a new version of the taunt. The human player model will actually have two 'taunts', one being the new one, which you can use to rally teammates, and the other being the one we currently have, which you can use to provoke enemies. They will be bound to separate commands, so that you can pick between them, or just use them both on different keys. In the future, we'll have separate sounds for both versions of the taunt.

Regarding the engine, we've made several additions. First, we've brought back instant deconstruction, which was removed in Tremulous GPP. Buildings are still marked via 'e', but now you can instantly deconstruct via 'alt+e'. This way, if you want to immediately remove a building getting in your way, you don't have to mark it. The command was suggested by a community member on our IdeaTorrent page. In addition, we have some fixes by Fuma to our vanilla GL renderer, vastly improving the appearance of our new models on it. Of course, we also have an abundance of tweaks and bug fixes, as always.

This month, we're also adding a proper VoIP menu, so that you can easily configure voice chat. You'll be able to set options without having to bother with the console, which should make it much more accessible to new players. Over the month of December we'll be putting much more work into VoIP, so that it can become an integral part of the game experience in the future. This will be in conjunction with an improved interface for our existing 'vsay' commands.

Would absolutely love to see a more interesting/less corridor-y map! Maybe it can be partially outdoors and can have platforms and stuff? A Wolfenstein:ET map with multiple stages would be great IMO.

Aside from that, really amazing work! We're all impressed and love what you guys are doing, keep going strong!