We at the WPC Mod team have decided to submit our mod to the ModDB submission process. Now all we need is a deck of cards...

Posted by WhiskyGartley on Feb 3rd, 2013

We at the WolfPackClan Mod team decided to add to submit our mod to the ModDB submission process. Now all we need is a deck of cards...

Almost 2 years in the making, the WPC together with Marco bring you the most comprehensive Killing Floor mod to date. 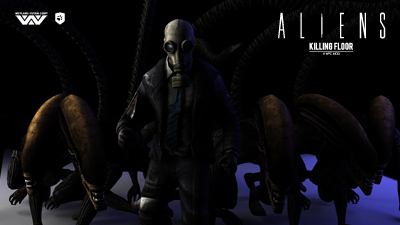 Almost two years in the making, the WPC together with Marco bring you the most comprehensive overhaul of killing floor to date. When Braindead and Hemi created the M41A Pulse Rifle for killing floor, there was only 1 logical next step.

"Lets make everything Aliens!" -us

Together with Whisky a plan was set into motion that would take the entire killing floor experience to new levels of terror. Marco recreated the speed and ferocity of the Alien, including new game play functionalities as facehuggers and endboss-fights with the queen, the team started working on finalising the mod were no one can hear you scream. After multiple setbacks, the end is finally in sight. The Aliens themselves looked better and better, by overhauling meshes and textures along the way. Weapons became more balanced and got shiny new textures. And to really immerse players into the universe of Aliens, created by James Cameron, they can now even play/sound like the iconic characters of the movie. 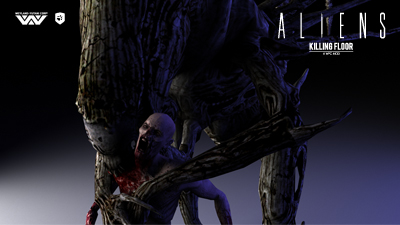 We released just before Christmas of 2012 and after a couple of setbacks due to updates to the base game February rolls round and we are now on 1.2 Now with the build solid we submit our mod to ModDB to get it out to the world and share with folks what we had some much fun (and frustration) in making. Why not check it out yourself here. 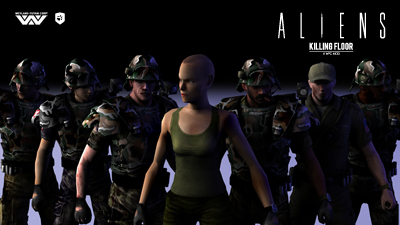 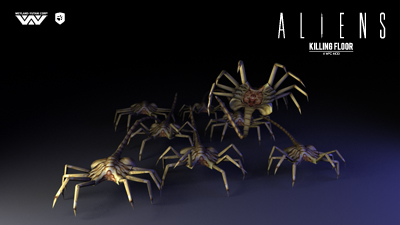 We hope to keep adding extra features and bonuses to the mod and of course ensure future support of this mod.

You can hope to see things like new classes, maps and weapons appear over the next year or so. Make sure to keep an eye out for these developments. 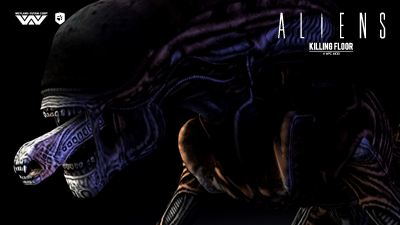 A big thank you goes out to all those who put up with us during this mods development including the WPC members who would drop what they're doing to test stuff out. To the members of the TWI official boards who's excitement for this mod kept us motivated to see it through the end. Spouses and girlfriends whom we must have driven mad.

This is a big thank you from the WPC mod team & friends. We hope you enjoy this mod and we'll see you in game!

If you'd like to offer feedback and support you can reach us either at WolfPackClan, Most Impressive, Wildcard Production Studios or over at the official TWI forums.

if you'd like to help us make some maps (we could use some good dedicated mappers, talk to Fel or Swift-Brutal-Death as they have a big set of props that you can use.

Hope Fox doesn't shut it down. Would have been better if it was on a more modern game engine.

No it wouldn't have, KF is the most ideal game for this idea.

I'm surprised something like that hasn't come up sooner, really looking forward to this should be great.

if they want more creature diversity they should remake the predalien and praetorian from AVP2,which is,still after more then 11 years from its relese,the best of all aliens or predator games....

I'll pass on any AVP content. Alien is a neglected world/series overwhelmed with AVP BS. Just give me a simple Aliens game, thats all we ask for.

Praetorians could work in a plain Aliens game

This is running UT3's engine. You know, the engine that powers games like Batman Arkham Asylum/City, Splinter Cell Conviction, Dead Space, etc. This engine is still pretty powerful, even if it is a few years old.

Its the UE3 engine, not UT3. The UT3 engine is REALLY old. Not to mention, this is Killing Floor, which uses an older UE3 engine. UE3 is just a name without the version number.

Unreal 2.5 actually. A heavily modded (By TWI) version of the UE2 engine.

You never forget the first time a facehugger grabs you

Of course not! Because chances are you're dead within the next five minutes after you wake up :3

I hope they make new maps, the ones right now arent really good for aliens to fit it

Ok I downloaded the Mod via Steam Workshop. But there are no server. nowhere...oh wait there was two. but i can't get in...

I might buy this game just so I can play this mod :v

All downloading via steam workshop! Gonna give it a spin in the morning :)

For people with the AliensKFWeapons error unsubscribe to Part 1 in steam Workshop and use the manual install.

Fixing this now. Thanks for the heads up.

This mod is awesome - made a gameplay video if anyone is interested. Disclaimer: I suck at Killing Floor - but wanted to shoot some Aliens! :)

my goodness, I can't believe that KF is the one who brings back Aliens to the new age.

This mod is way better than a certain new AAA Aliens title O.o

Great job on it. Nice to see this mod being presented on Moddb too! ;)
Good luck and much fun with further developement!