Version 7.32 of Alien Arena has been released, fixing a critical bug, as well as adding some more new features and content.

Yes, it's only been a couple of weeks, but a critical bug when using Nvidia 191.xx drivers has forced us to put out a new release much sooner than anticipated. Despite the frantic moments, we also were able to squeeze in a few new features, as well as a new level! Also, it should be important to note, that because of some compatibility issues, we removed the automatic video settings on first run, and have reverted back to defaulting the game to medium settings out of the box. Players should be advised that the game will likely run just fine on a mid-range or better system if you enable higher graphical settings.

Features added for 7.32 include: 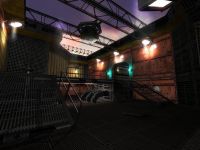 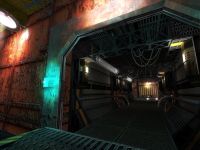 
Future work for Alien Arena will continue, as we have begun work on improving our antilag code and some other gameplay related items, as well as some items that for now remain a little more clandestine. Our next release will be targeted to occur some time in the winter or spring of 2010. So for now, grab 7.32 and enjoy!

the error isn't in the nvidia drivers, it's the hardware choice. 8)

This game is great. I can play it on almost anything.

It's realy scaleable, if you have even a moderately decent video card you should be able to crank the settings up pretty good and have decent FPS. There have been alot of optimizations and changes in the last year with the renderer.

You need to recompile the binaries, thanks to Ubuntu not being up to date with libjpeg. Our next release will fix that issue.