Work on Alien Arena 2011 is continuing, with a release expected later this Fall!

Some signifigant progress is being made in the development of Alien Arena 2011! For the first time we are going to show some early progress on the ragdoll physics system using the Open Dynamics Engine. We also have completed Dm-annihilation, and have a video to demonstrate how this level will look, feel, and play.

First, let's have a look at Dm-annihilation! 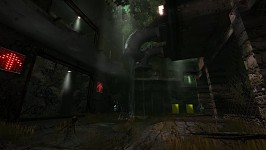 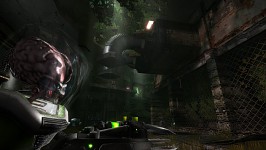 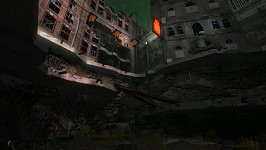 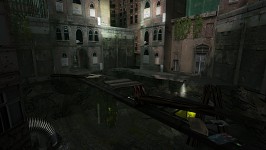 Now, let's have a look at the ragdoll physics! In this demonstration, you will see the actual skeleton and collision surfaces that the ODE engine is generating. When a ragdoll is spawned upon a player's death, collision surfaces are generated nearby the ragdoll(dependent on velocity). These are marked by the white diamonds at the center of each surface. The ragdoll skeleton is marked with red diamonds for the torso and legs, blue diamonds for the arms, and a green diamond for the head.


These ragdolls will be applied to the player model skeleton, creating the completion of the effect. As of this posting, this is nearly complete, and is expected to be in our next release later this Fall.

There is also quite a bit of other work going on as well as mentioned in our previous news post. The work on the new GUI continues, with the use of TrueType fonts among other things. New levels and possibly a new character are also in the works.

Just an opinion, but I think the aliens need a redesign. Everything looks so cool, but the aliens and some of the anims just give a massive turn off.

what i think is that aliens look someway akward in new model format. face is far more... egg like.

The aliens are intended to be retro, and are not changing. I know that doesn't appeal to some, but it's what the game is all about.

What exactly is wrong with the anims??

It's still great though.

Well about those models...

I mean i do like more retro aliens but that was not the point. Old one in pictures (in those pictures which apear when they say some taunts) and on my older alien arena version 7.41 and older 7.33 (?) they shape of the head was more flat (y axis) and more larger (x and z axis). Now the head is taller and more flat so it some way seems to be like egg. I dont know if the model is slightly modified on the 7.44 and the format change made/shows the difference even greater.