🆎This is the right moment to change the vibe a little bit and present you a less noble Hunter, Rambler. ;) 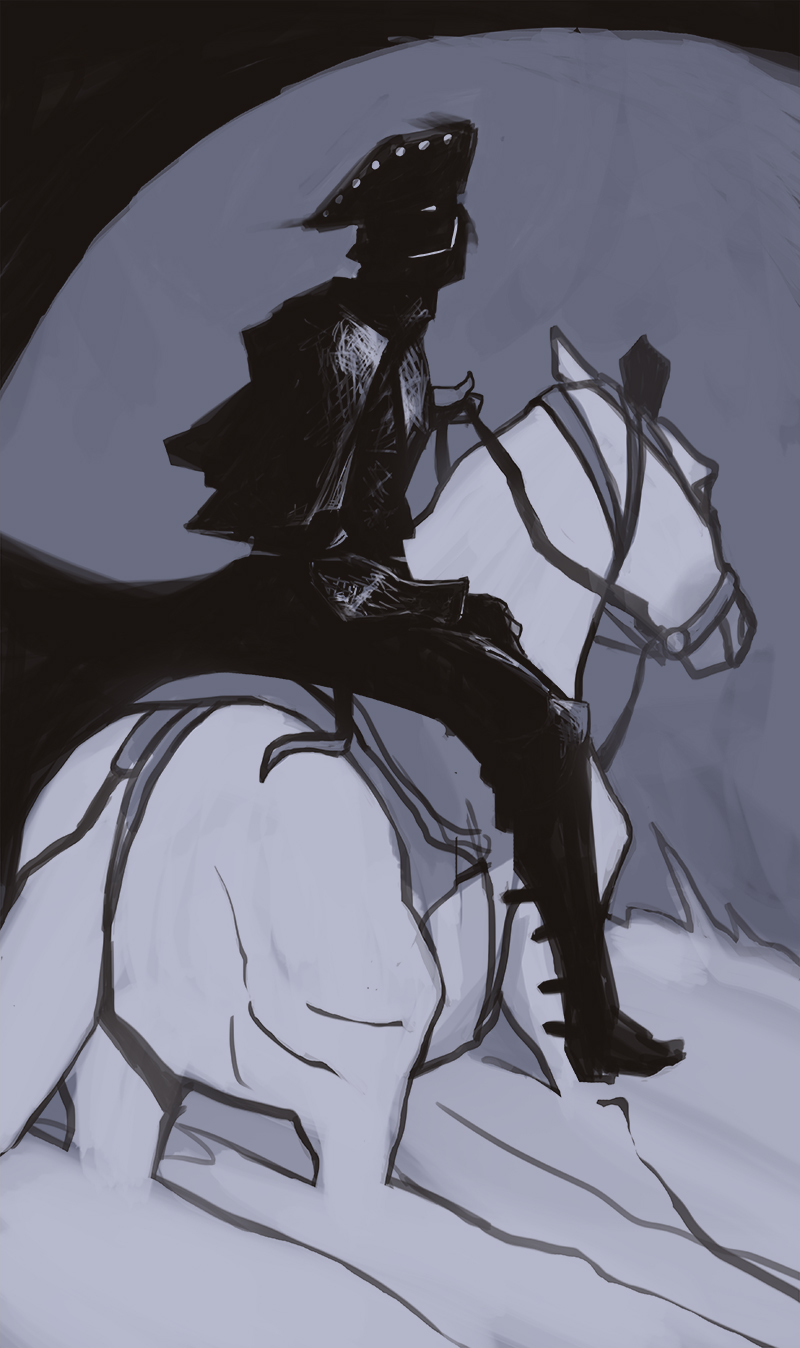 Do you remember the text about Jaeger, ex-officer, very brave and praiseworthy Hunter? I think this is the right moment to change the vibe a little bit and present someone less noble, someone like Rambler.

Rambler never hid his true nature, which resulted with many friends and many enemies. Peasants were always by his side, welcoming him with open arms, as he never refused to help them fight the beasts that haunted their household. 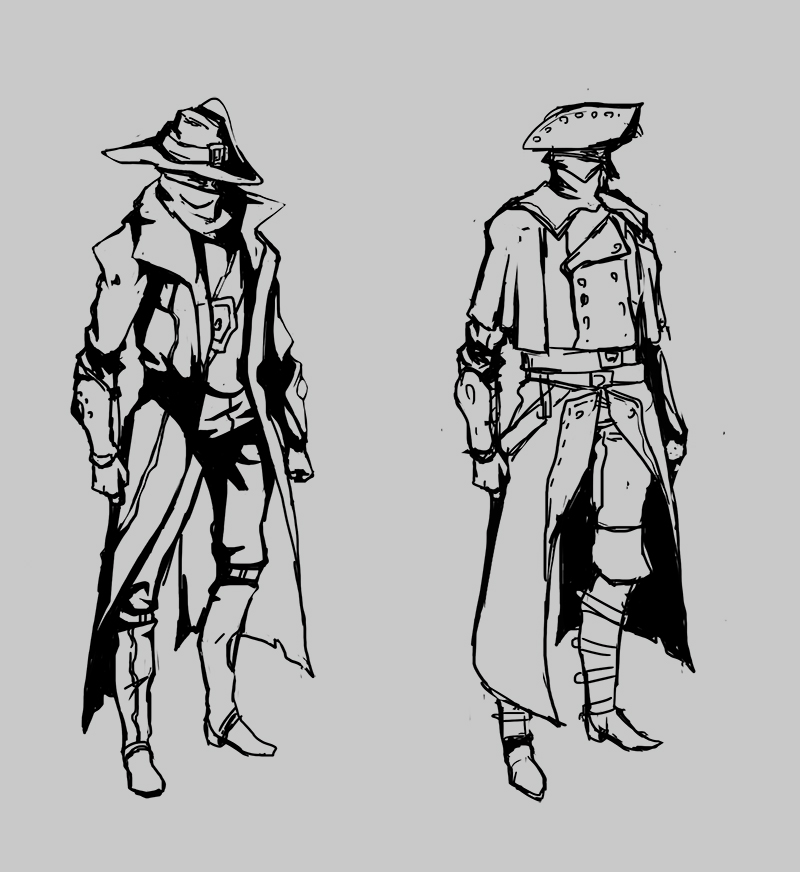 The situation in the cities was a bit different. New reforms in the Church began to place Hunters in less favorable light, questioning their devotion to fight in the name of Civilization.Unfortunately, there was always a demand for Rambler’s skills. Even the aristocracy (whether they like it or not) had to hire him to wash their hands from “dirty jobs”.Attacks of the creatures had became rare, as it has been several decades now since the First Flood of Beasts. The result of this situation is quite obvious – no demand for Hunter’s work anymore. The world is slowly forgetting their heroism and sacrifice. Even the peasants closed their door in front of the Hunter’s faces.

In order to survive, Rambler had to take every humiliating job. Ever since, he has been on a downward spiral. People started to treat him the same way, as they treated beggars and lepers.

The threat of another Flood of Beasts appeared, when the sky became murky. Our old Rumbler has to dust off his old gear, but he was in bigger struggles for years. The biggest issue is to overcome his alcoholism, to be sober and clear minded to fight for the survival of mankind.

Rambler was meant to look like someone who had his glory days a long time ago and after good years he spent most of his time travelling. He is wearing an old, covered with mud traveler’s mantle and a hat – once even decorated with beautiful buttons, now just a piece of skin that protects his head from the rain. 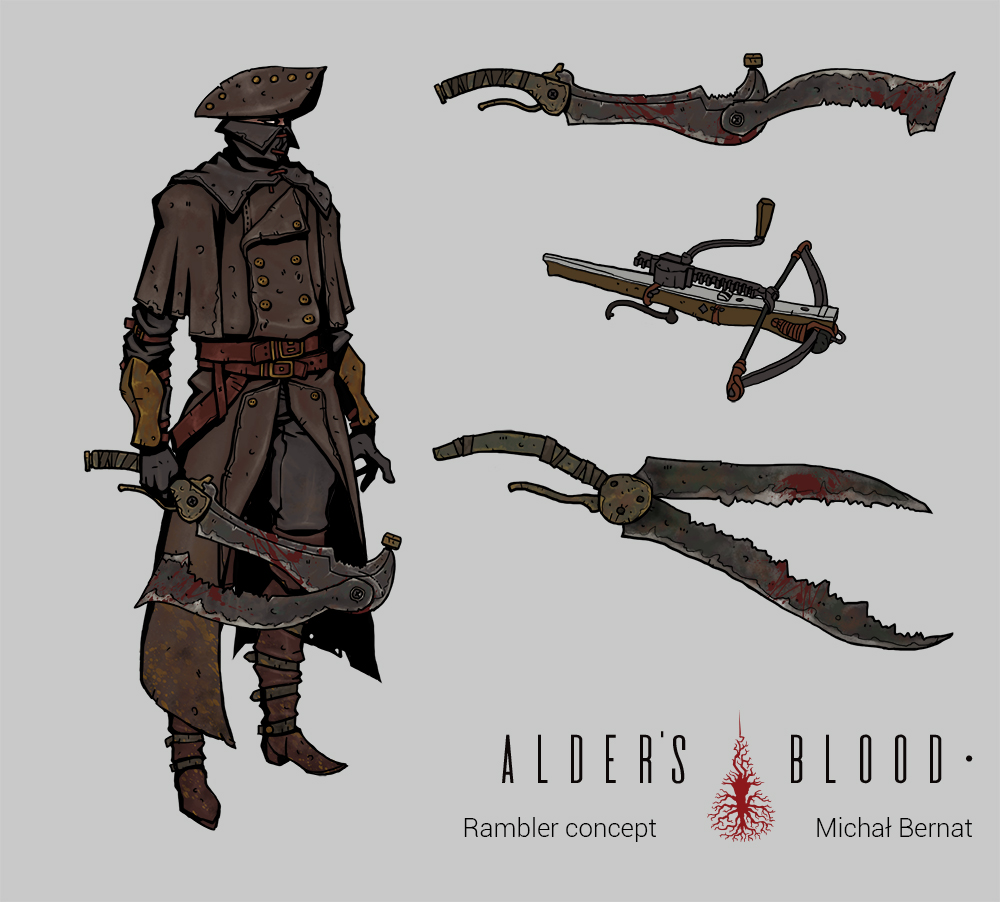 His equipment is not very sophisticated either. His weapons are mostly “ugly” pieces of unfinished steel, more similar to gardening tools than to a typical melee weapons.

The animation below shows the moment of attack (with Mantis Flail). This primitive piece of steel works on the principle of centrifugal force. After taking a swipe, it releases an extra blade, increasing the actual range of the weapon.

We can also use another toy, called by us a “secateur for heads” – big scissors, mainly used to maim the opponents.The last but not least, Rambler has a crossbow. The reduced range and amount of damage is compensated with silent shots. Crossbow has always been a perfect tool to eliminate enemies without making any noise. 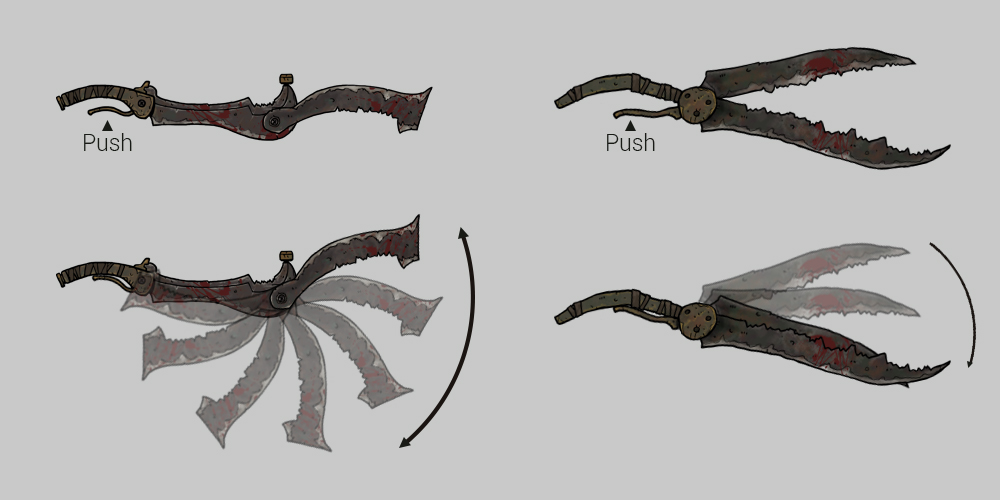 Looking from the gameplay perpective, Rambler is just a “typical” Hunter. He’s intended to be useful for both close and long distance combat.He doesn’t have any specific profession, but he has access to most of the tactics (mainly through “one-time” items). He’s like a Han Solo of Alder’s Blood. ;)
He gained knowledge in very different categories, but he never gained an expert or master title. Basically, he’s ready for every job and every situation. Rambler will always find his place in the team, regardless of the task assigned to him.