In addition to PS Vita, Airship Q will be released on PlayStation4. 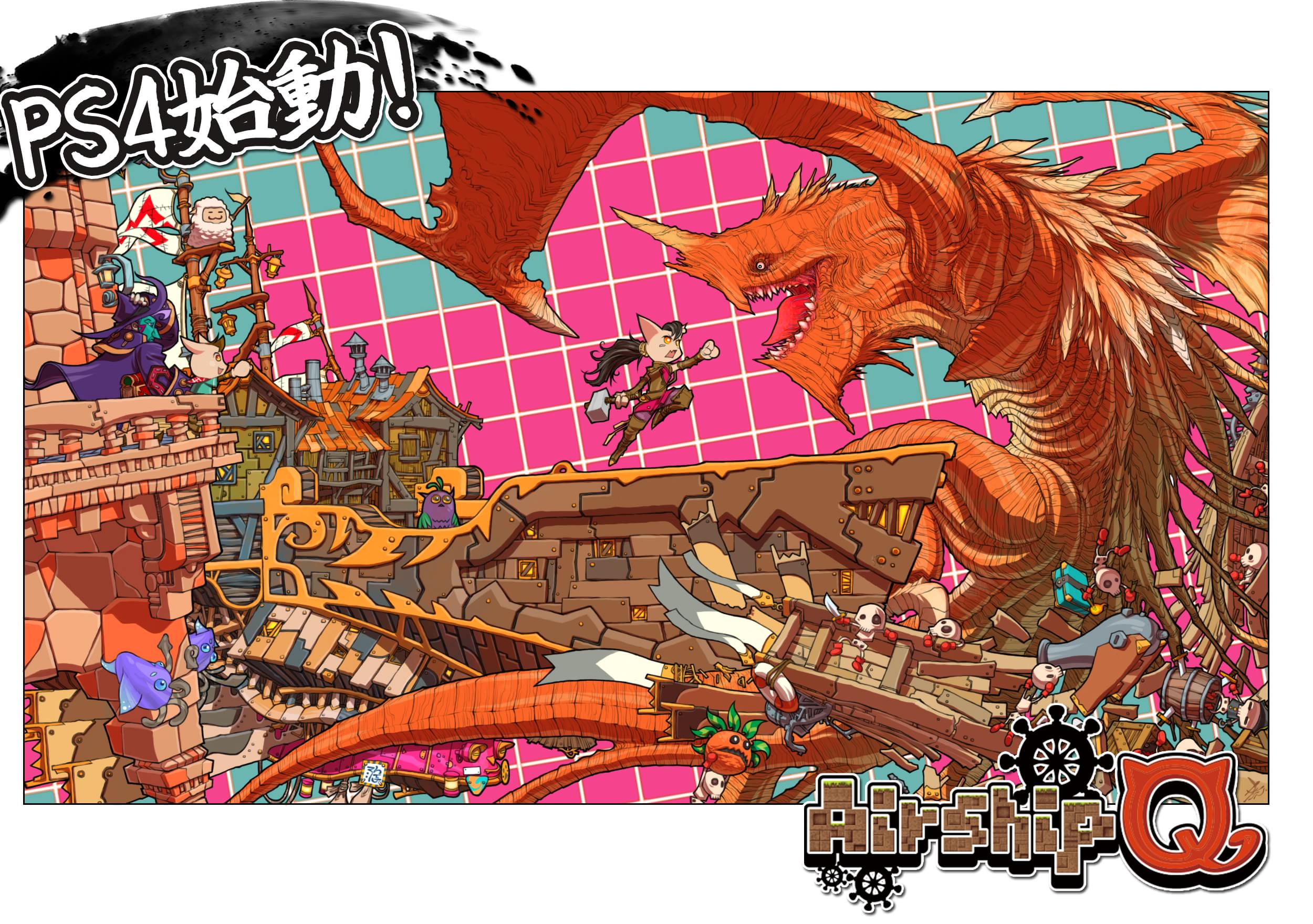 Airship Q is a promising title which reached its target goal within 5 hours on Makuake, a Japanese crowdfunding platform, and also won 4Gamer’s Award for Excellence in the Indie Game Division at Tokyo Game Show 2014.

Airship Q will be available on PlayStation®Vita and PlayStation®4, with the game’s release set for 2015.

A red dragon, a blue dragon and a green dragon are waiting for you.
If you cannot handle these strong monsters, just run away from them for now and come back later.
(Design and specifications are subject to change without notice.)