The AG Racing game AirMess (R8) Release is available. Race on Windows 8 and Windows 7, and try to get the highest score! :) 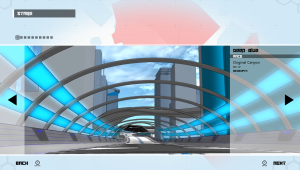 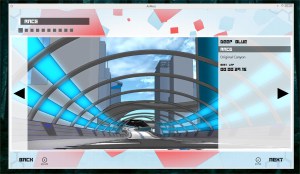 As usual, if you are using it on Windows 7, you’ll need to make sure to have the latest updates:

This time, the revolution is for the Desktop :)

Back to the beginning of the year, when I first got to the point of publishing AirMess for the first time, the focus was to get it on the Windows Store.
There are several good reasons for that, the biggest being that:

On the Desktop side there’s no UI framework as powerful as XAML when adding DirectX in the equation. There are way to mix WPF and DirectX but it is limited to DirectX 9 (if you want to have DirectX 10 elements you have to build a bridge) and this doesn’t seem to be going anywhere.

Problem started to arise when I considered doing a Desktop build, first for IndieDB, and maybe for something else later ;)

Because I didn’t have a clear story for Desktop, I did a quick and dirty UI which was … this: 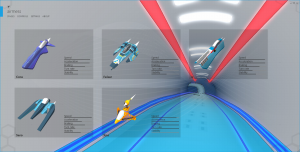 What was wrong with that?

So I created my own UI Framework :)

Yes, there are preexisting stuff, but nothing cross WinRT / Desktop for C#, and even though I tried some alternative, nothing was really compelling … and I do it for fun, so I don’t have to be effective :) 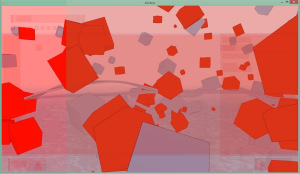 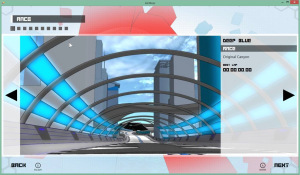 I ended up with fully-fledged UI framework that supports:

Because everything goes through Direct2D (and then Direct3D), I have the exact, same code drawing the UI for both WinRT and Desktop.

Everything is part of a PCL so to add a new feature, I just need to add it once in the shared assembly and it will be available straight to WinRT and Desktop. Sweet! :)

There are still some stuff which are outside of the Shared UI, like the playlist selection on desktop, but that will probably change later on.