Airmen gets two new parts: the armored balloon and skinning. The deathmatch lobby has been reworked to be player-oriented.

Posted by AirborneGames on May 9th, 2017

Want to see more awesome updates for Airmen? Check us out and lend your support on Steam Greenlight today!

The newly added armored balloon has the hitpoints of a drum balloon and damage reduction of armor wrapped into a small package. It's shape and connection points make it a tough part to build with but it opens up entirely new ship designs. 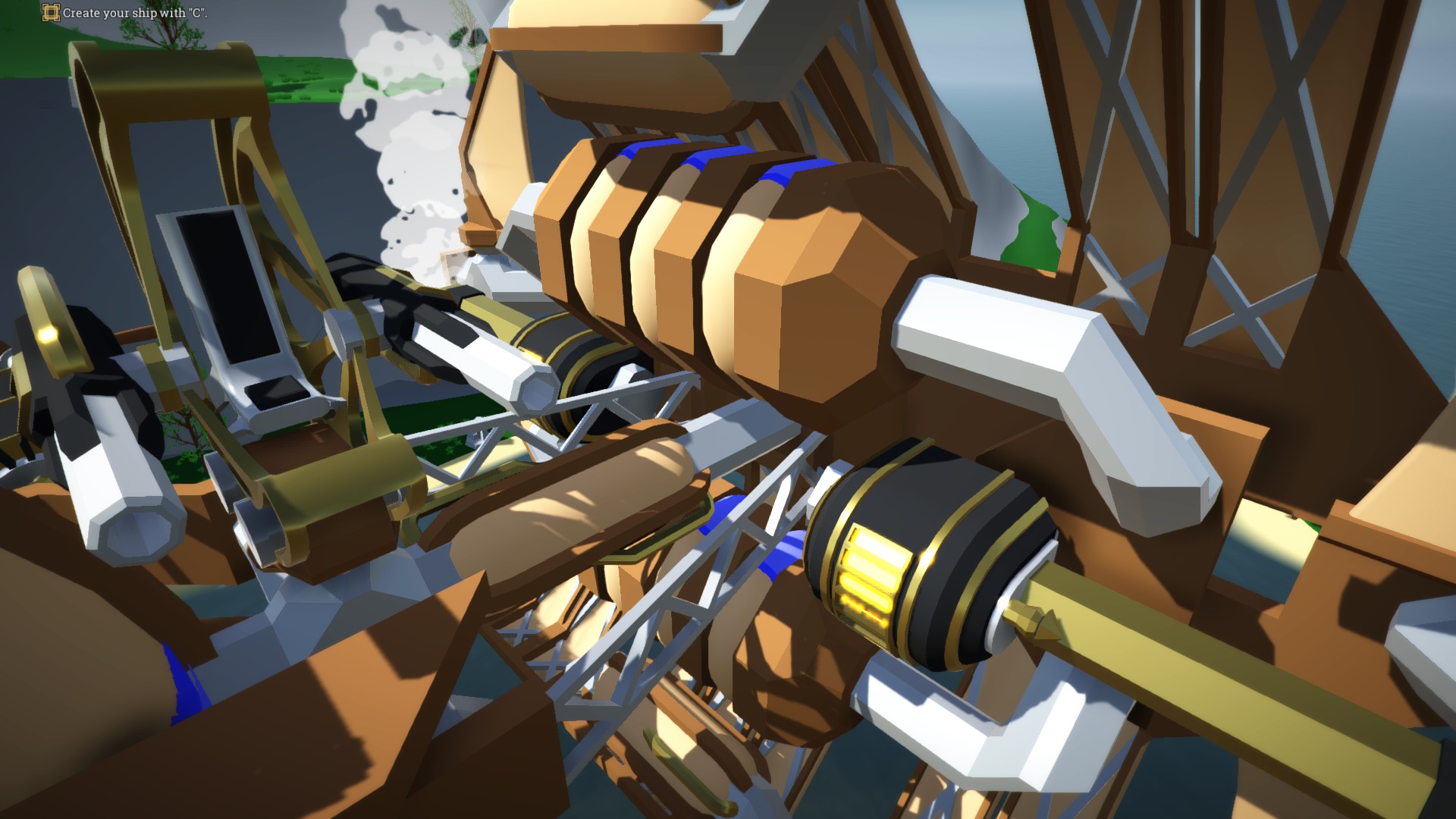 Armored balloons in use

Armored skinning is intended to function similarly to rigging: a light high surface area block. This works best in larger ships where many components can replace zero protection with discount protect. We hope to add more parts along the skinning style in the future. 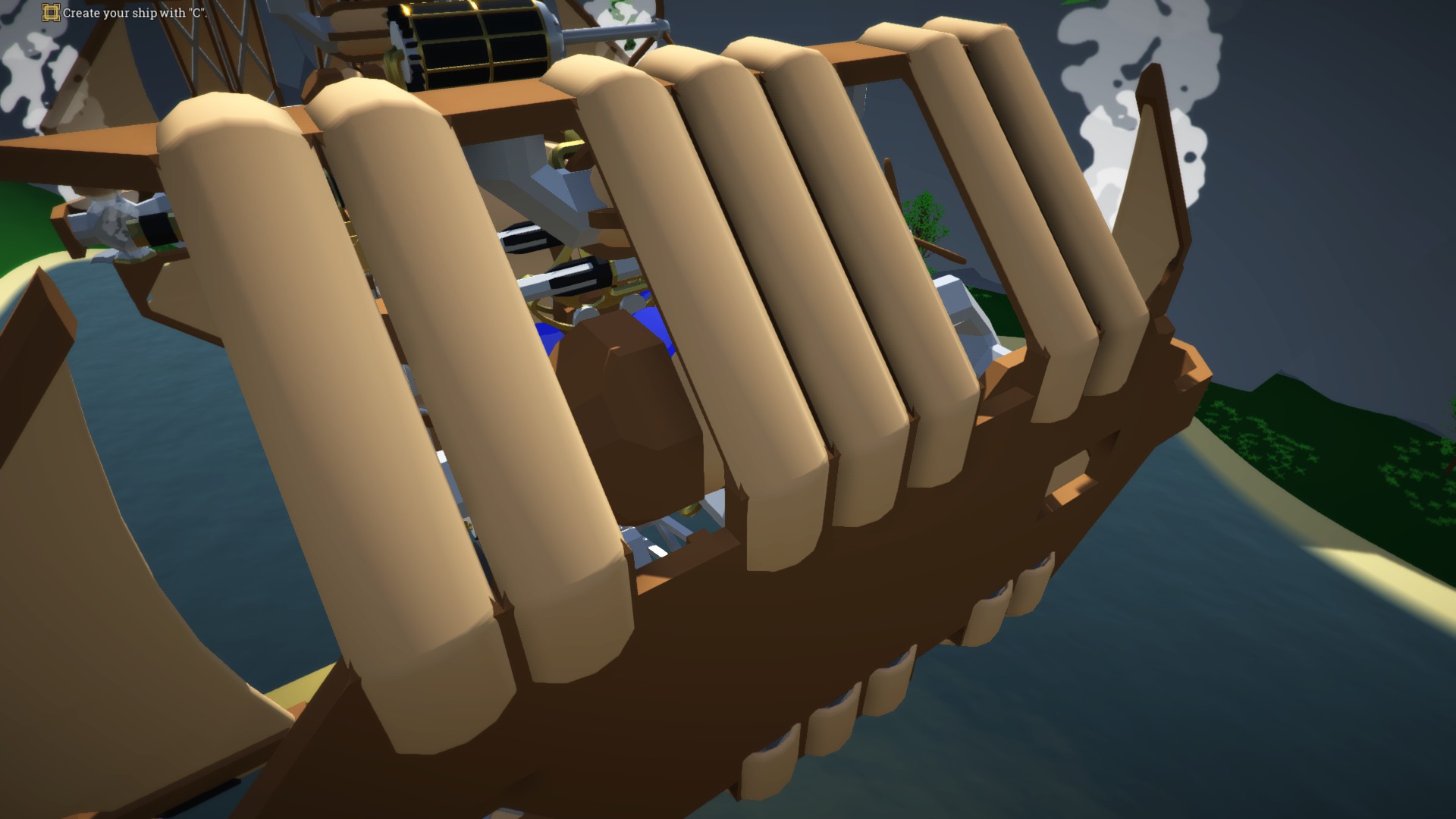 Armored skinning in use

Wondering what's possible with both combined? 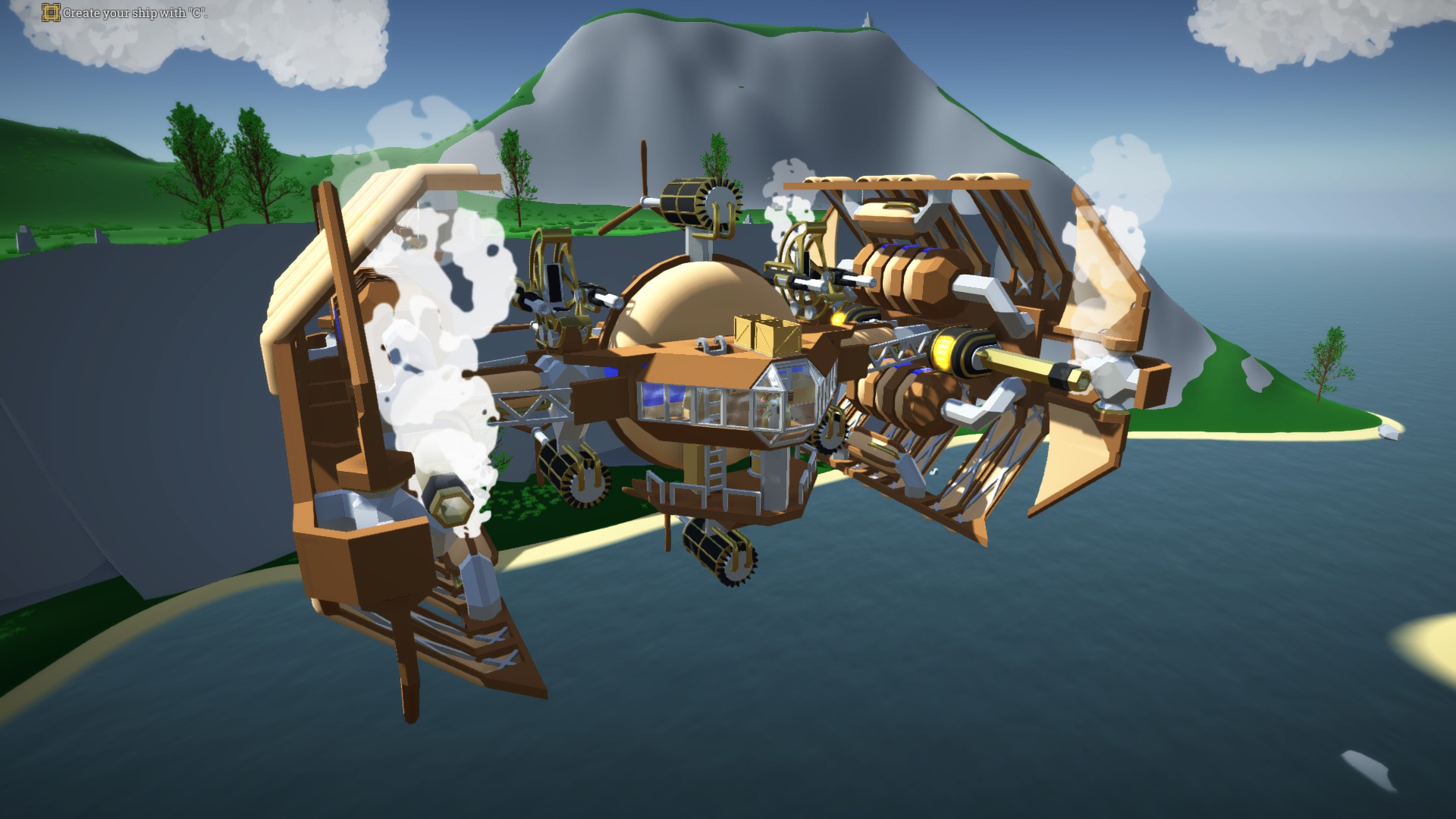 The new lobby focuses on showing all players inside it at all times. On top of better visibility, AI are now named after their ships which can now be changed by right clicking them. Players can also choose to spectate rather than joining an empty crew. 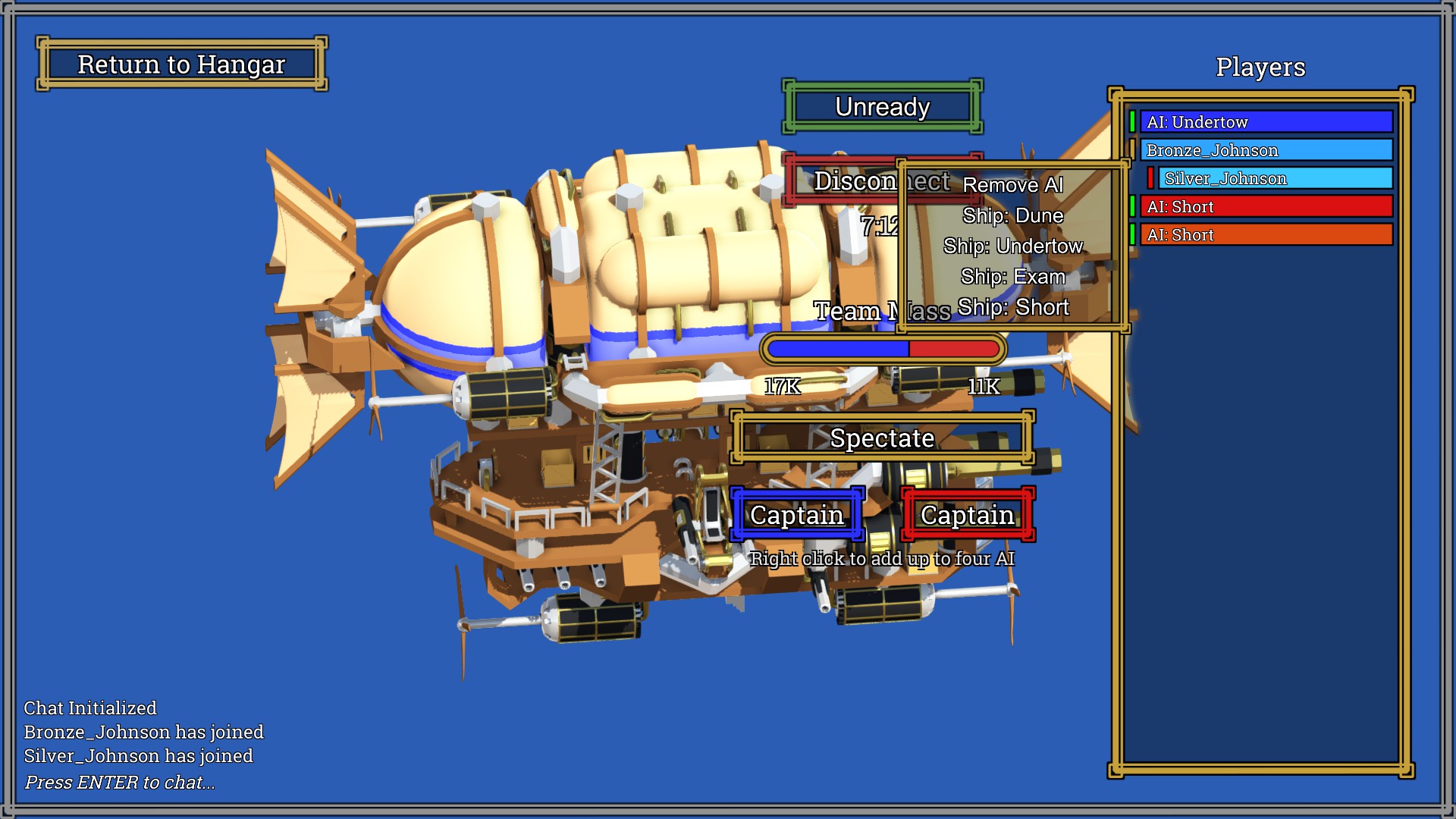 Harpoon ropes are now viable targets for destruction but only when fully taught. This will help curtain gatling gun/harpoon body slam combos and help a ship's crew repel boarding parties.

Destroying harpoons by shooting the rope

Players can no longer un-crouch when their head space becomes occupied. Before, it was easy to squeeze yourself into tight spots, expand, and shoot up to the top of the ship. 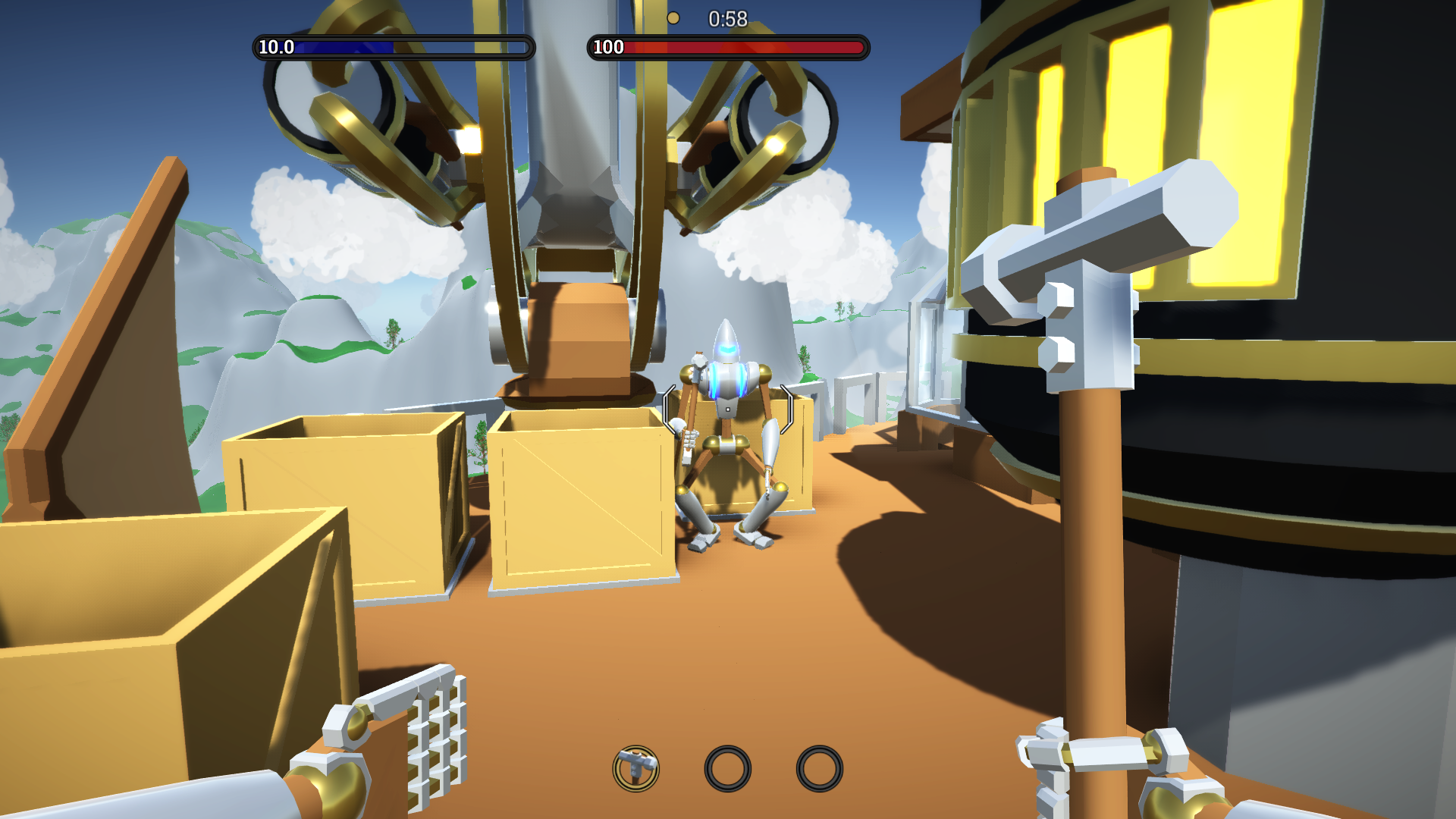 Grab the latest build here and join us on Discord for our next public playtests Saturday 5/13 3PM ET and Monday 5/15 at 7PM ET.