Airmen gets a style and quality upgrade to it's terrain with the removal of deformation. Deathmatch gets an all new map with massive peeks and deep ravines.

Grab the latest build here and join us on Discord for our next public playtests Saturday 4/29 3PM ET and Monday 5/1 at 7PM ET.

In the latest update for Airmen we’ve overhauled the terrain system. Unfortunately terrain deformation had to be removed for some of the new features as well as optimization. The updated terrain now has grass that blends better with the ground, a new model for trees, and the introduction of sheer cliff faces. 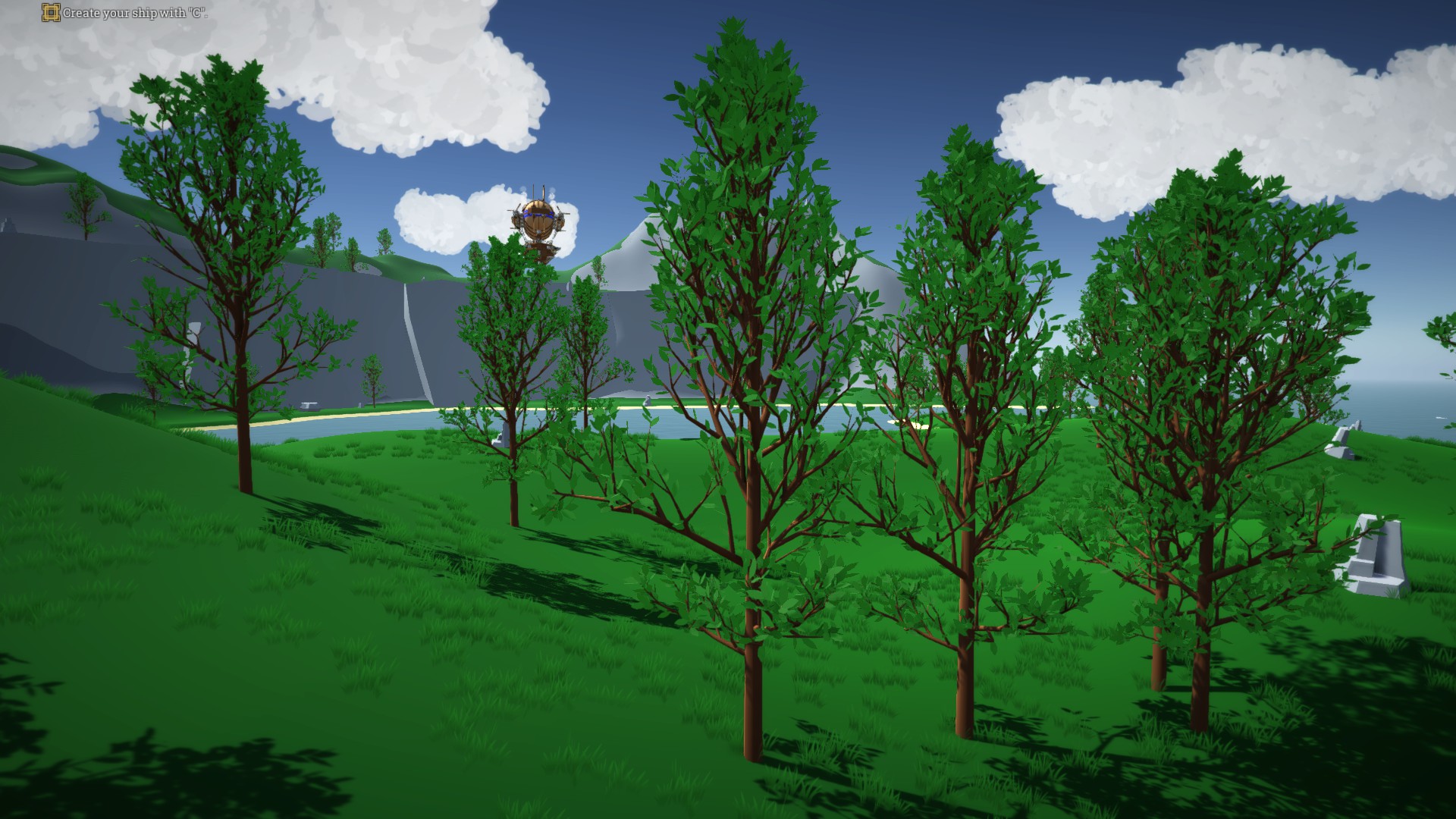 The strength of atmospheric fog has been increased and it's quality improved. Atmospheric fog is the fading of color with distance and is critical for quickly judging depth. The previous system blended poorly from horizon to skybox so the effect was kept weak. Fog now appears at a smooth gradient across the horizon and while more obvious, is less visually obtrusive. 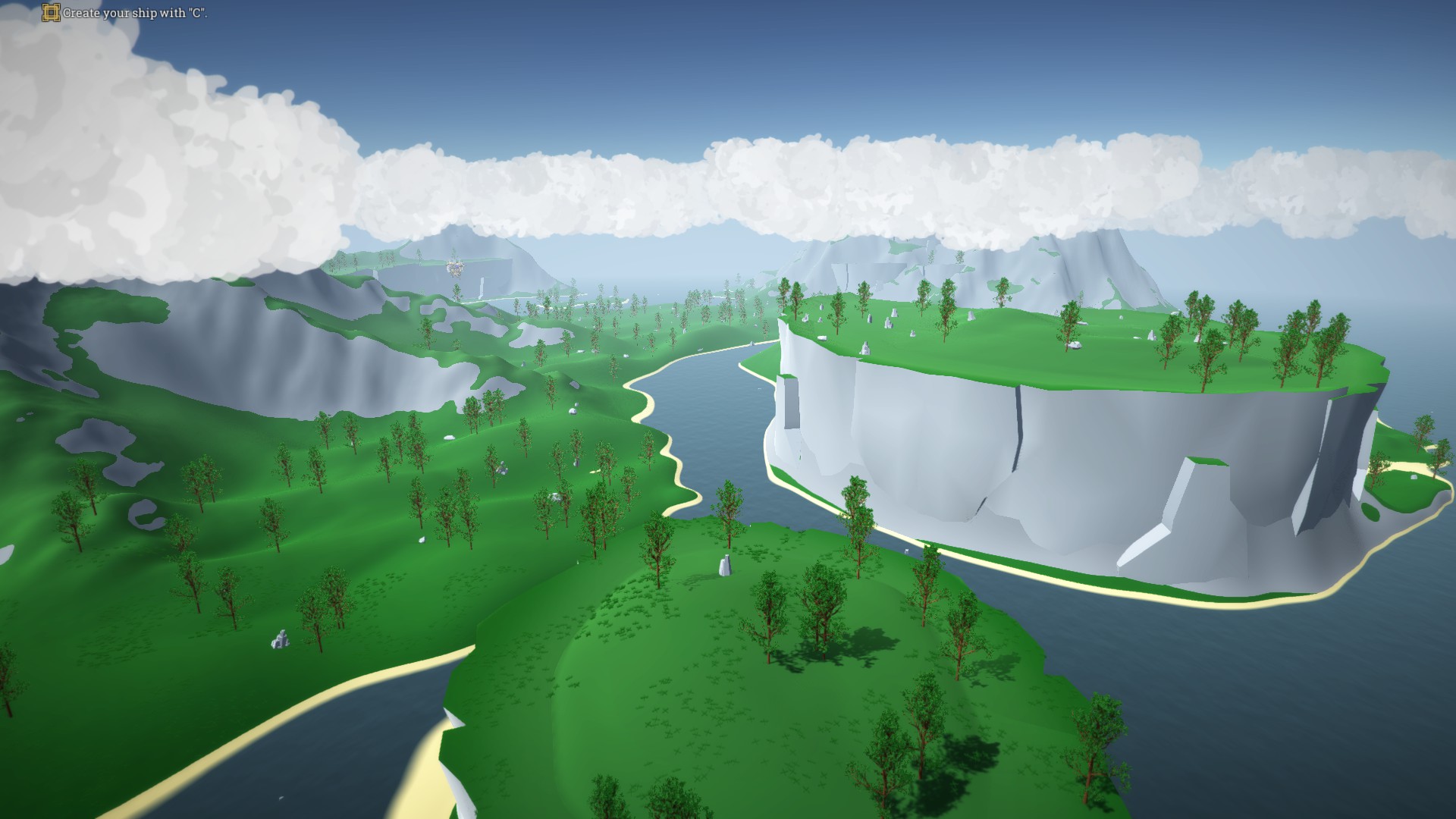 New cliff faces in sandbox and the strengthened fog effect

These elements have been combined in a new multiplayer map. In addition to the new terrain style, the new deathmatch map is also more mountainous for a more exciting and tactical gameplay experience. 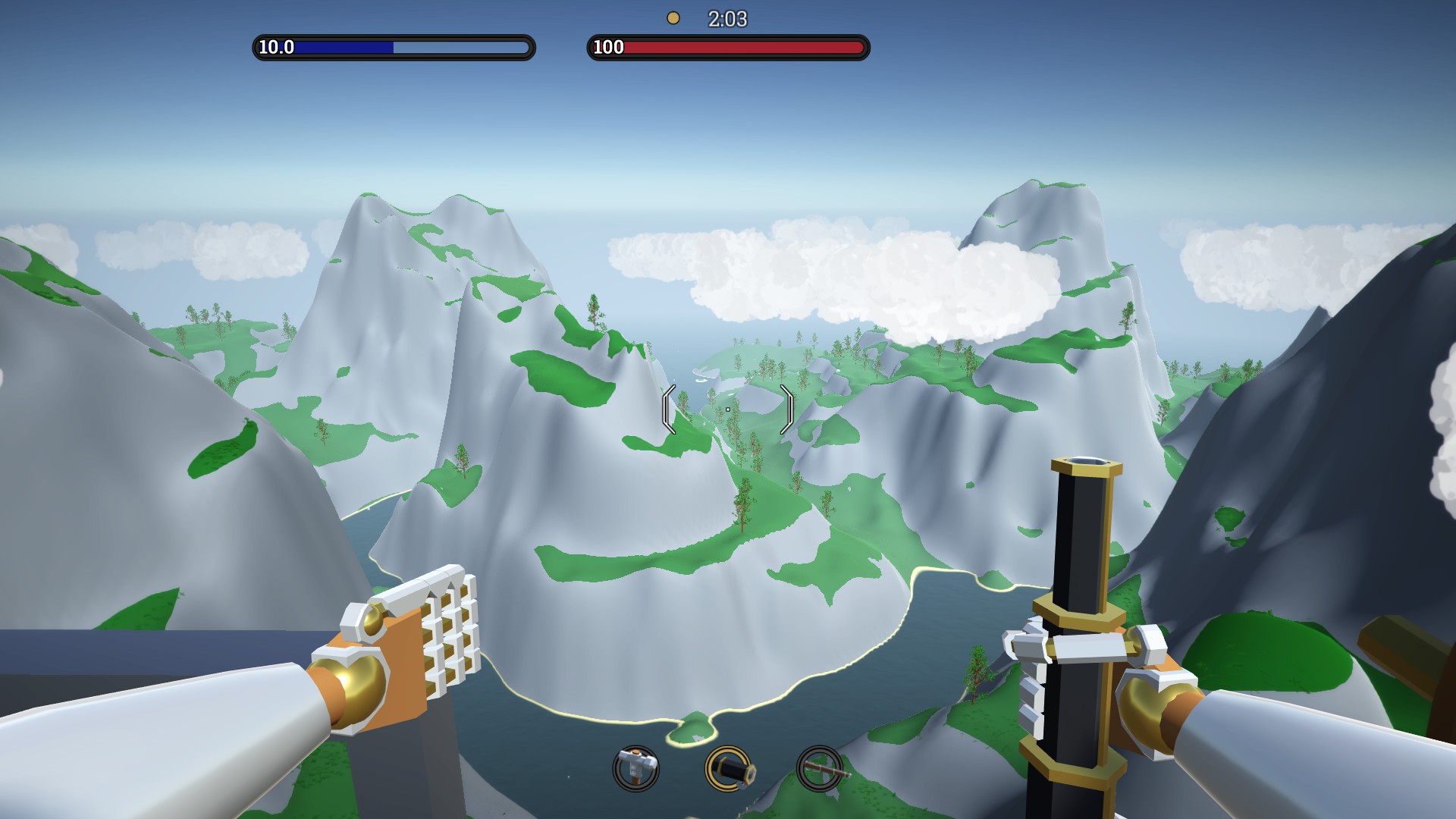 Alongside the all new deathwatch map, the sandbox map has revived minor updates. 4 steep inclines have been replaced by cliffs. 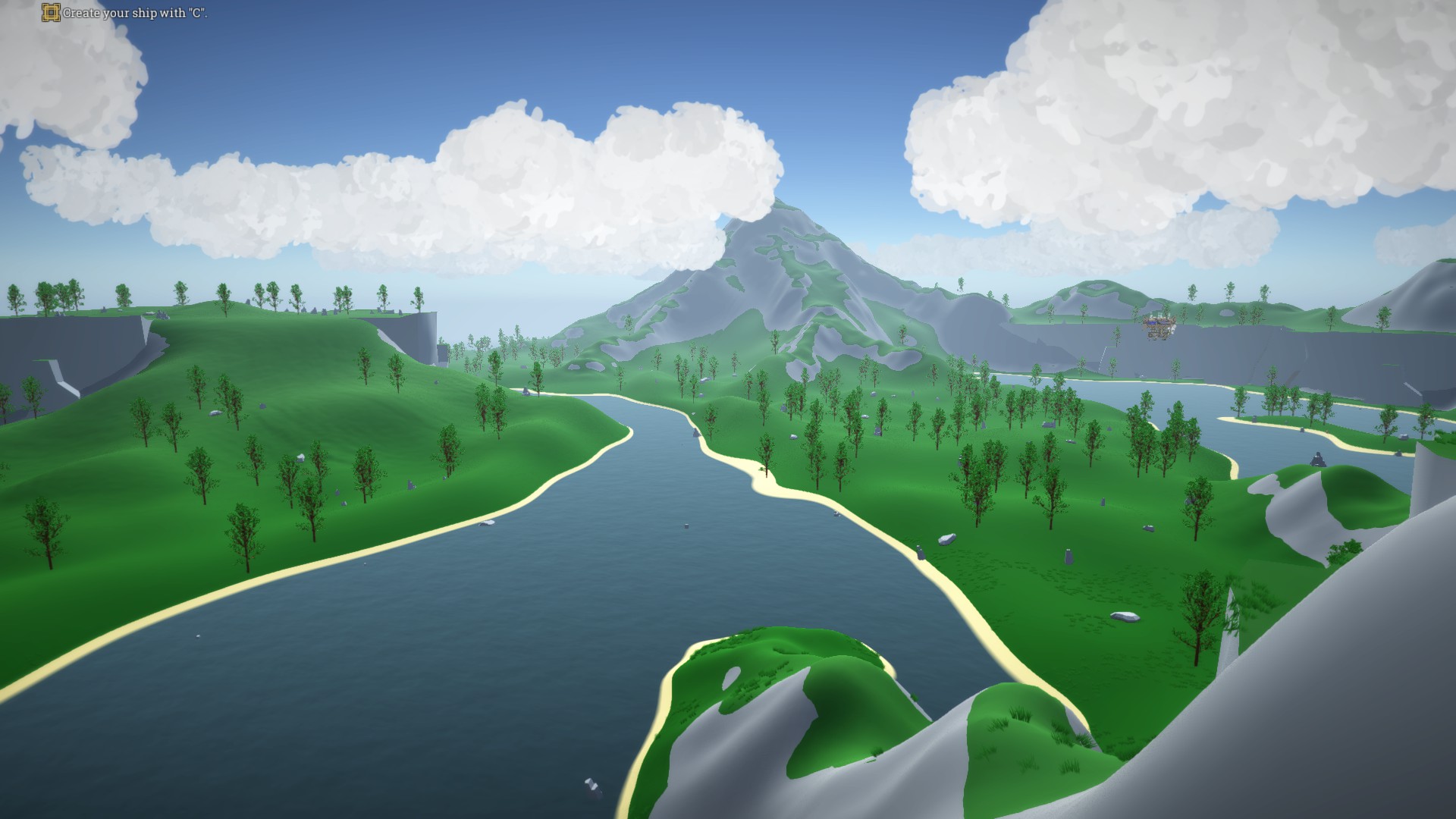 A new part type has also been added to the inventory for players: tool boards. Boards are smaller, more compact components that can be placed on any armor surface where players could place cabinets. The smaller size comes at the price of fewer tools. Currently, only hammers and spyglasses are on boards. It often felt like a waste to have a cabinet of spyglasses because a crew simply did not need so many. This new option allows captains to still have all the tools they need on their ships, but without filling precious square-footage with lesser needed tools. 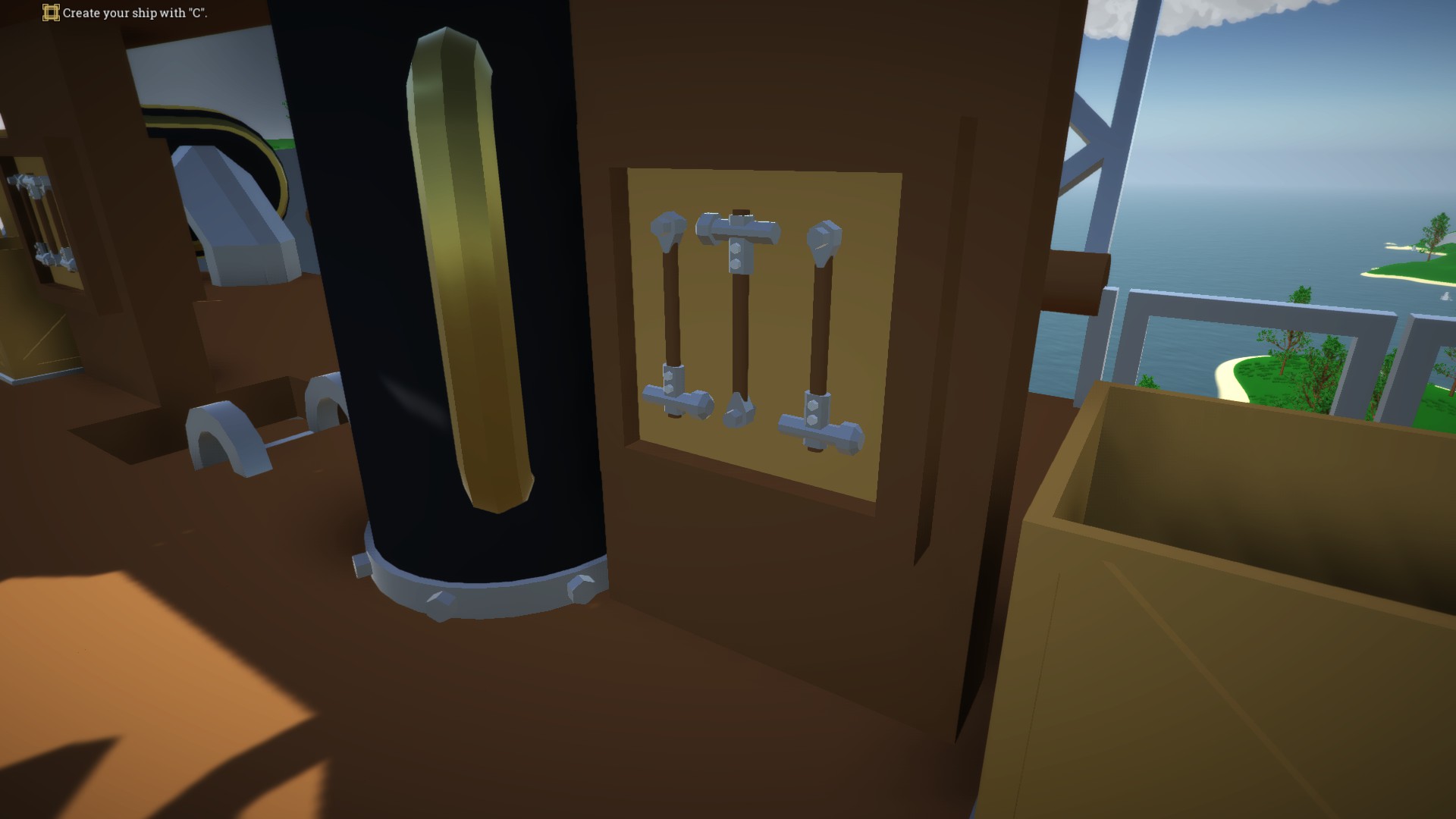 New tool boards can be easily placed on walls

Spyglasses are now black where they were grey in the past. There have also been modifications to the player animations for hammers, axes, and boarding charges. The total time of the animation has been reduced by 0.15 seconds and the hit triggers earlier in the animation. Attacks now look more forceful and melee combat will be easier.

Excited to check out the new map? So are we! Join us for Saturday or Monday's playtest and field your airship.