In this week’s update of Airmen (0.59.0), we are happy to introduce some new features and improvements.

Get the live build here: Indiedb.com

Clouds now have soft edges when they intersect with objects and the effect fades away after 10 meters. This will make it much easier for crews and captains to see their own ship while in the clouds while still being hidden from the outside.

On the topic of white puffy things in the sky, engines will now release a cloud of steam when destroyed. Combat can be hectic and it can be hard to see the results of your attacks. While major components like balloons are easy to see when they’re destroyed, it’s not always been so obvious with smaller components like engines. We’re hoping this feature will provide captains and crews more information during combat.

The next major change has been to the audio of the game. In the past, audio would sometimes cut out in large combats due to the sheer number of sounds. Instead of having each individual component create a sound, a ship will now create one sound of that type tweaked to be equally audible ship-wide.

In addition to reworking the audio system, cannons and longnecks now have a new firing sound. Their new reloading noise is more mechanical which we think feels more appropriate to the action.

The deathmatch map has also received some modifications. Soft edges are now in effect replacing the more rigid invisible walls. For gameplay purposes, this means that a ship that pushes on the map edges receives a force proportional to how far over the edge it has gone. This change should create a more smooth experience for players that go against the edges of the map. Some other minor changes have been added to the map including fewer and higher clouds and lower mountain peaks.

Though it’s a minor change, the UI has gotten a small improvement. Text is now crisper creating more legible and defined menus, particularly for smaller text. 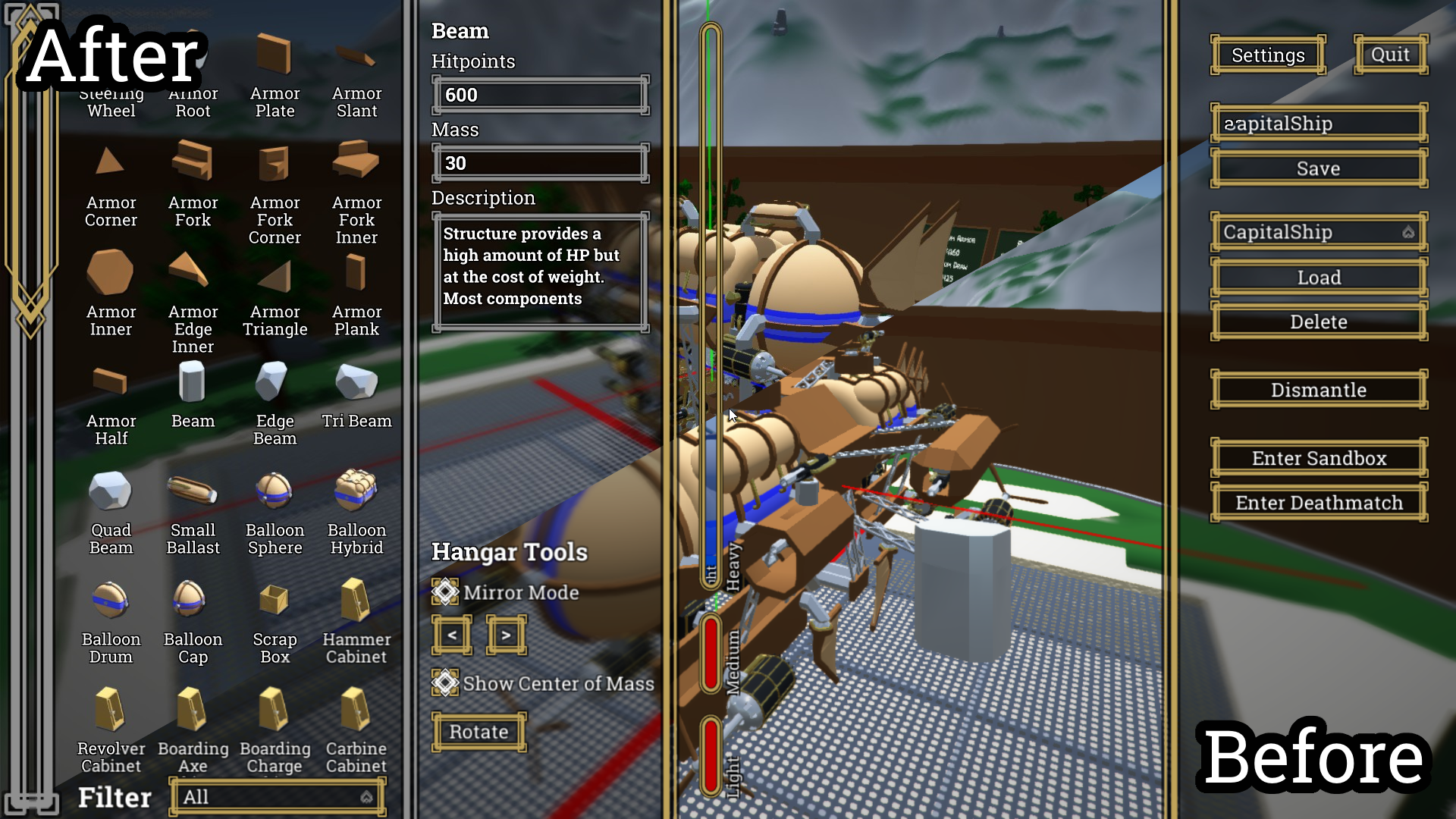 Ship design has also received a major change. Drag is no longer proportional to the total mass of a shape. drag is now influenced by the placement, type, and count of balloons. Under the new system, the most aerodynamic balloon is the sphere while the hybrid ballast balloon is the least. This new drag system helps make all balloons more viable and gives players more choices and tradeoffs with ship design. It also paves the way for additional shapes and types of balloons to be added into the game.

Next on Development Deck: Armored balloons and a crew spyglass.