The latest beta update for AI War adds dds Sabotage and Sensor Hacking, along with a couple key bug fixes.

This one is another step forward for the winner of the "Big Items For 8.0" poll. Specifically, the addition of two new forms of nasty trick to play on the AI by exploiting its poor, defenseless networks:

1) Sabotage - blow up forts, forcefields, black hole machines, etc. All with no AIP-on-death or other negative death consequences (at least, that's the idea). It even starts off pretty cheap at 2 Hacking-Progress cost for the first unit. But with the usual 1.5x for each subsequent one you only get so many of these before the opportunity cost is pretty high. And pushing it too far means that the forgone opportunity is probably "breathing". But this should really help cut some of those Gordian knots with forts under ffs protected by all kinds of other stuff, etc. If you don't spend all your HaP elsewhere, of course.

2) Sensor Hacking - the effect is fairly temporary (35 seconds), and the cost starts off middling-high at 10 for the first application, but it gives all your units on that planet cloaking and immunity to tachyon (decloaking-from-firing rules are unaffected). It also decloaks all AI units on the planet (even camouflaged ones) for the duration. Normally you won't need this, but I suspect it can be useful while assaulting the AI HWs. Possibly Limburger-useful, but given the extremely finite amount of time you'll be able to apply this effect during the entire game it's probably a legitimate exchange rate. 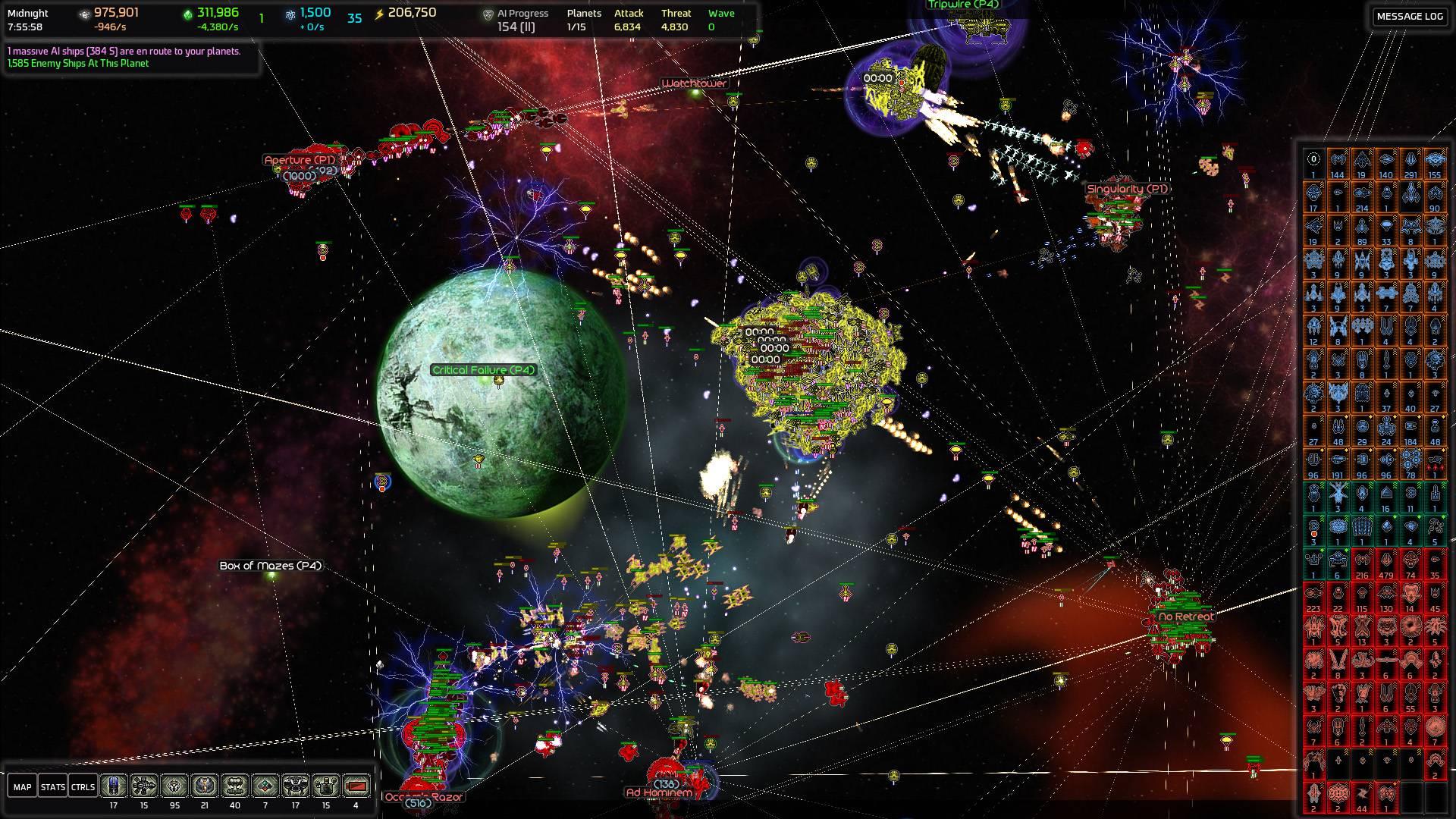 We also fixed a bug where hacking tended to produce 30-second-warning counterwaves to anywhere (instead of the intended four-minute-warning ones with 3-hops depth). And another older one with Spirecraft Scouts causing alert like they were a major weapon.

Update: 7.009 released to fix a bug with the last version not properly reading some recent saves.