This one continues the process of polishing the game up for the 6.0 official release. Bugfixes and balance, basically, but it's pretty important stuff.

Most significantly, the nebula scenarios have been adjusted in a few ways that should make them more enjoyable, and perhaps a bit easier. You can now get repair and module-construction-assistance from allied large starbases (the ones with "large" in their name). Also, The scaling (with champion count, scenario win count, and largest champion hull size) in base-vs-base scenarios is now a bit less intense due to being additively applied instead of multiplicatively, and now applies to allies as well as enemies (just less-so). 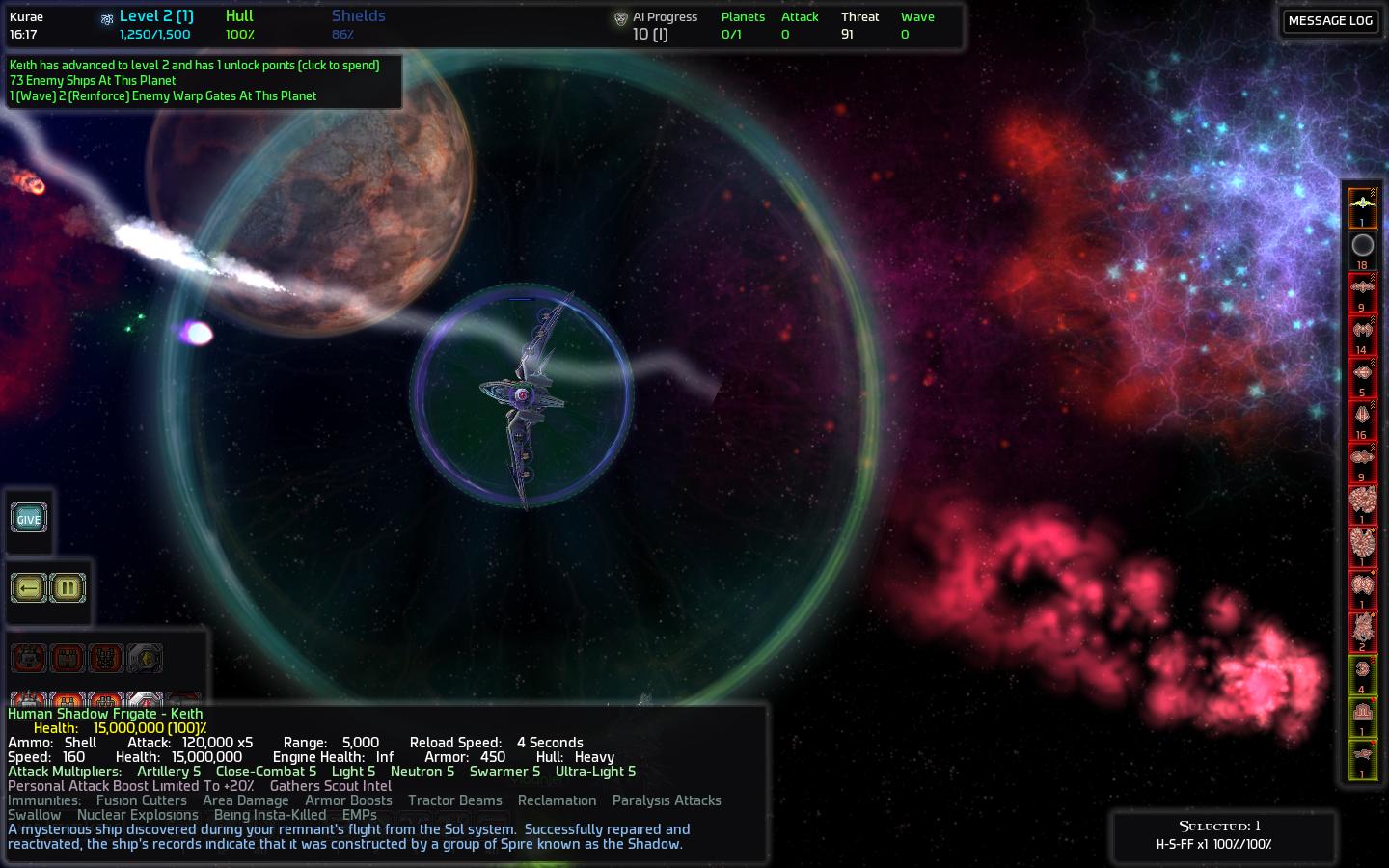 As previously mentioned, the official release date for Ancient Shadows is the 19th, which is next Friday. So we're really just in bugfix/balance/polish (and fixing up the tutorial) mode on AIW right now, so please do let us know if you find something wrong :)