This one continues addressing issues that were a high priority (for the timeframe of the upcoming official version) for our community in this poll. This time:

The #1 request was that free threat not camp on a wormhole forever if the planet on the other side was too strong for it to consider attacking. Fish or cut bait, the saying goes. Now a ship that's still alive 30 minutes after being freed will switch to an alternate "threat fleet" behavior and coordinate with other such ships. The behavior is somewhat similar to the special forces behavior except that it's primarily offensive in nature, looking for an opening where it can do something other than park on a wormhole. 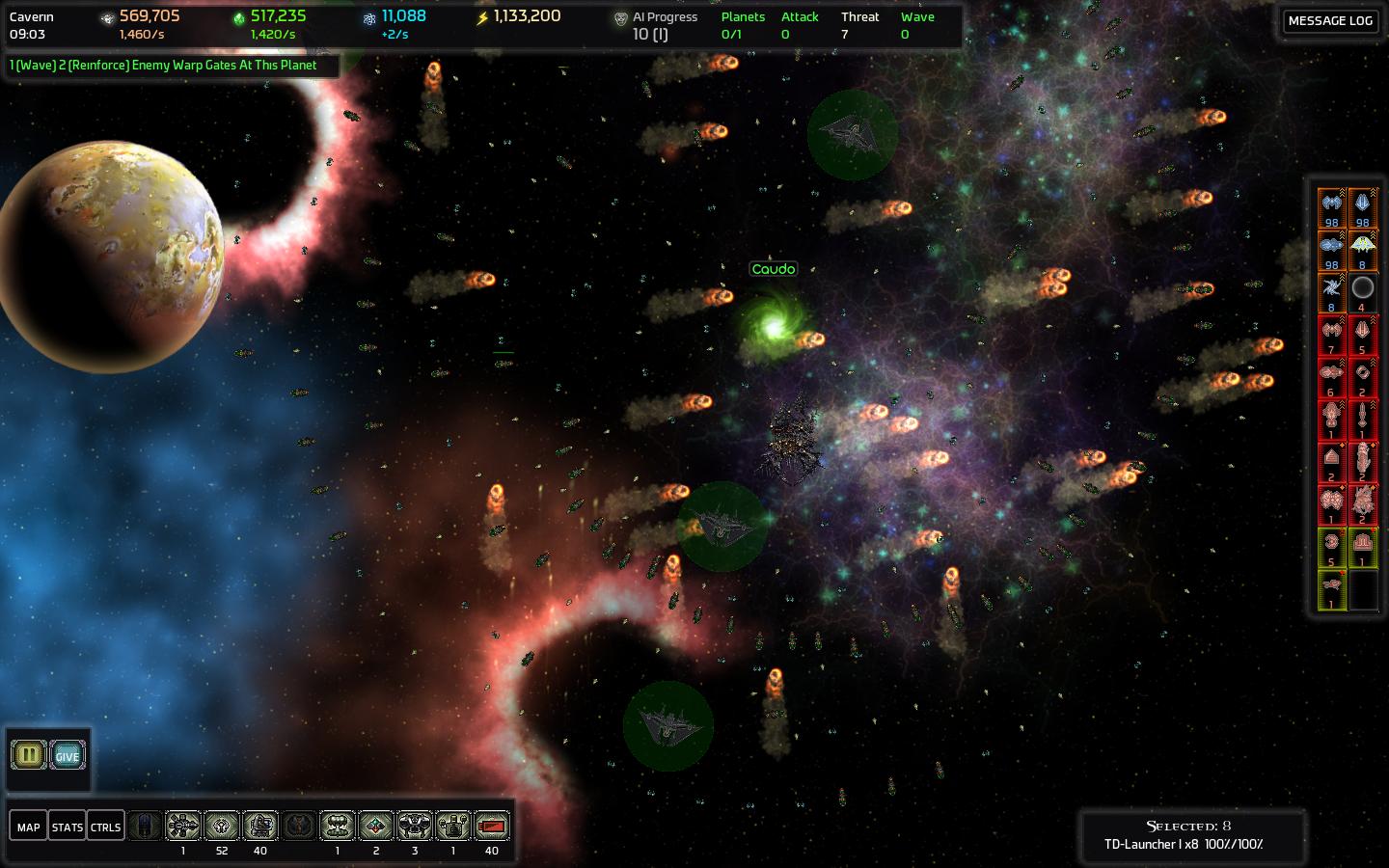 The #2 request was to do something about the vast challenge-disparity between defending at a single chokepoint and defending multiple ingress points. A single chokepoint will probably always be easier to defend, and that's fine, but the difference was larger than it needed to be. So now the max time the AI can wait between waves (and thus how large those waves are) goes down somewhat with multiple ingress points (max effect at 4+ target planets).

The other side of that issue was the frustration of trying to have "satellite" worlds on high-difficulty games. Basically you had two choices: pull turret and/or mobile cap from your main defenses to cover the "islands", or accept that the islands would die when tripped over by a few wayward AI ships. And pulling stuff from your main defenses could be... contraindicated by the difficulty level. So we've added a new "Mini-Fortress" unit that has a small per-planet cap but no global cap. So defending your satellite worlds with miniforts does cost metal, crystal, and energy but it doesn't pull any potential unit-cap away from your main defenses.

There are several other items from the poll that we hope to get to soon, but those were the highest priority ones, and most of the rest of the time that went into this release was used on fixing a laundry list of bug and balance issues. Some of them are fairly important; for one, I think several of you will appreciate units no longer moving slightly when given an attack order against something already in range (thus no longer resetting any ability/reload counters on fortreses, zenith siege engines, etc).