AI War Beta 5.088 "Strategic Reserve" deals with several longstanding requests that have been at the top of the mantis voting for a while, as well as other recent feed back.

This one deals with several longstanding requests that have been at the top of the mantis voting for a while:

2) It's now possible to have auto-FRD on but still have some units ignore it, by using the new per-control-group controls on the CTRLS window. You can also have it only auto-FRD those control groups you designate, if you prefer a more targeted use of the feature. It also allows more granular use of the Auto-Kite behavior, since some people have asked for that.

3) The shard seeding in the Fallen Spire campaign no longer pays attention to how much territory you've conquered. Generally this makes things easier, but from the feedback I've been seeing other recent changes should more than make up for any decrease in that part of the challenge, since it hasn't been the really killer part of it anyway. 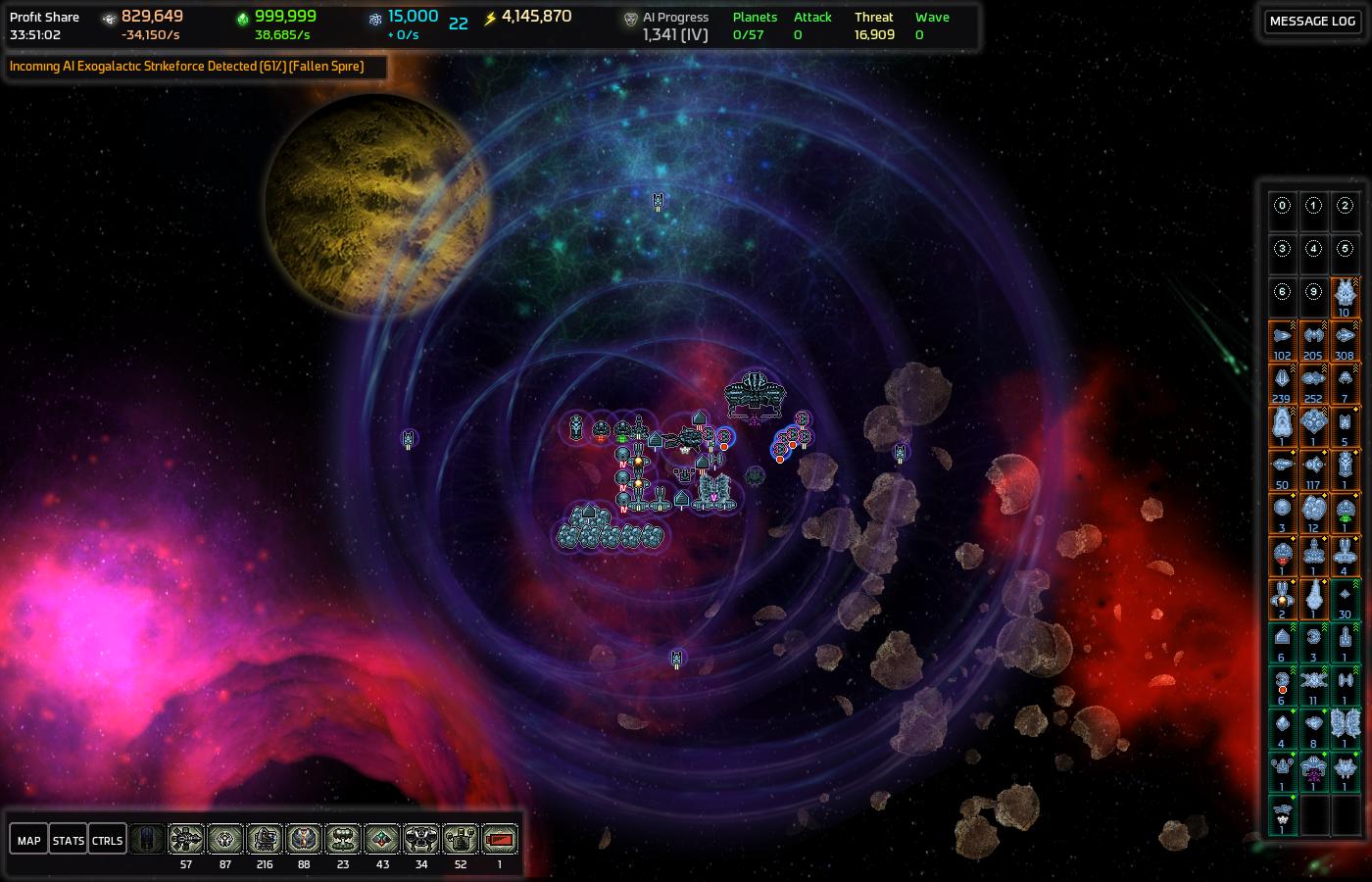 Also, not from the mantis voting but from more recent feedback, we've added another tool to the AI's arsenal: the strategic reserve. This functions mainly as a homeworld defense force but is less susceptible to baiting than other defensive mechanics. In general this should help prevent cases where it feels like the homeworld is underdefended, but without piling tons of ships on it all game. Balance feedback is, of course, welcome.