This one contains the last new content that was part of the original promise in the Ancient Shadows expansion, namely the last "main" nebula scenario (which is where I got the release name, it's pretty intense) and the largest champion hull size. There's still other things I may add over the next few weeks (modular fortress versions of some champion modules, some more active-use abilities for the champions, maybe more scenarios, etc), but that's it for the publicly released features list when we opened up preorders. I've still got to close up the loophole that allows duplicate scenarios within one game, but I'm waiting until I'm sure all the scenarios for 6.0 are defined before doing that. 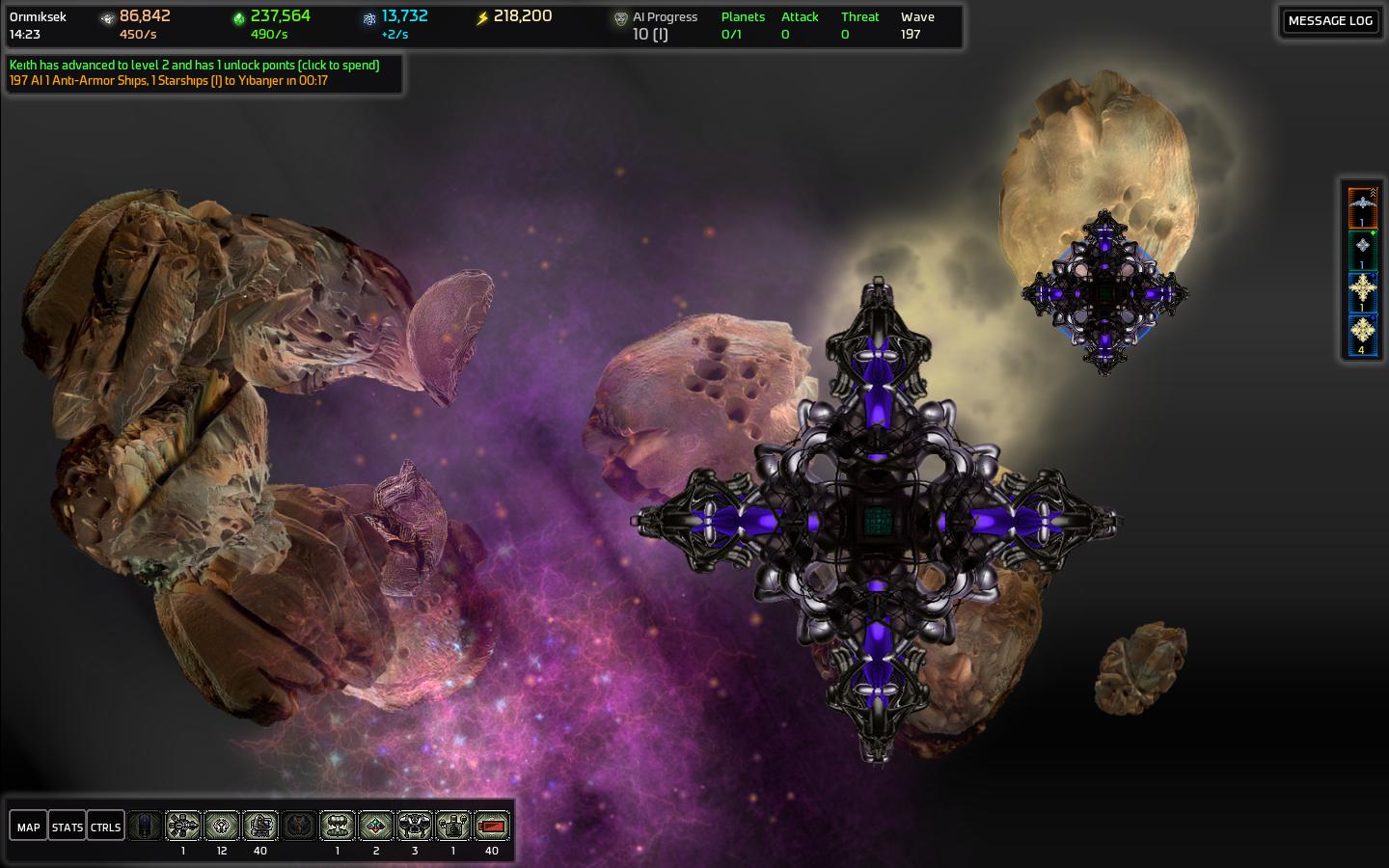 Fixed a few bugs too, but was focused on the scenario so not much else got done. More of the usual smaller-but-more-numerous-changes updates to come soon :)