This one adds the last three bonus ship types of the Ancient Shadows expansion:

The Youngling Firefly is sort of a mix between the youngling idea, the zenith viral shredder, and a bugzapper. Basically it's an ok fighter that does an AOE explosion when it dies, but that aoe explosion gets stronger based on how much damage it did during its lifetime.

The Saboteur is sort of like flipping the firefly idea around: instead of blowing up when it dies, it makes the stuff it shoots cause an AOE explosion when those victims die. General theme thus far: make stuff blow up. 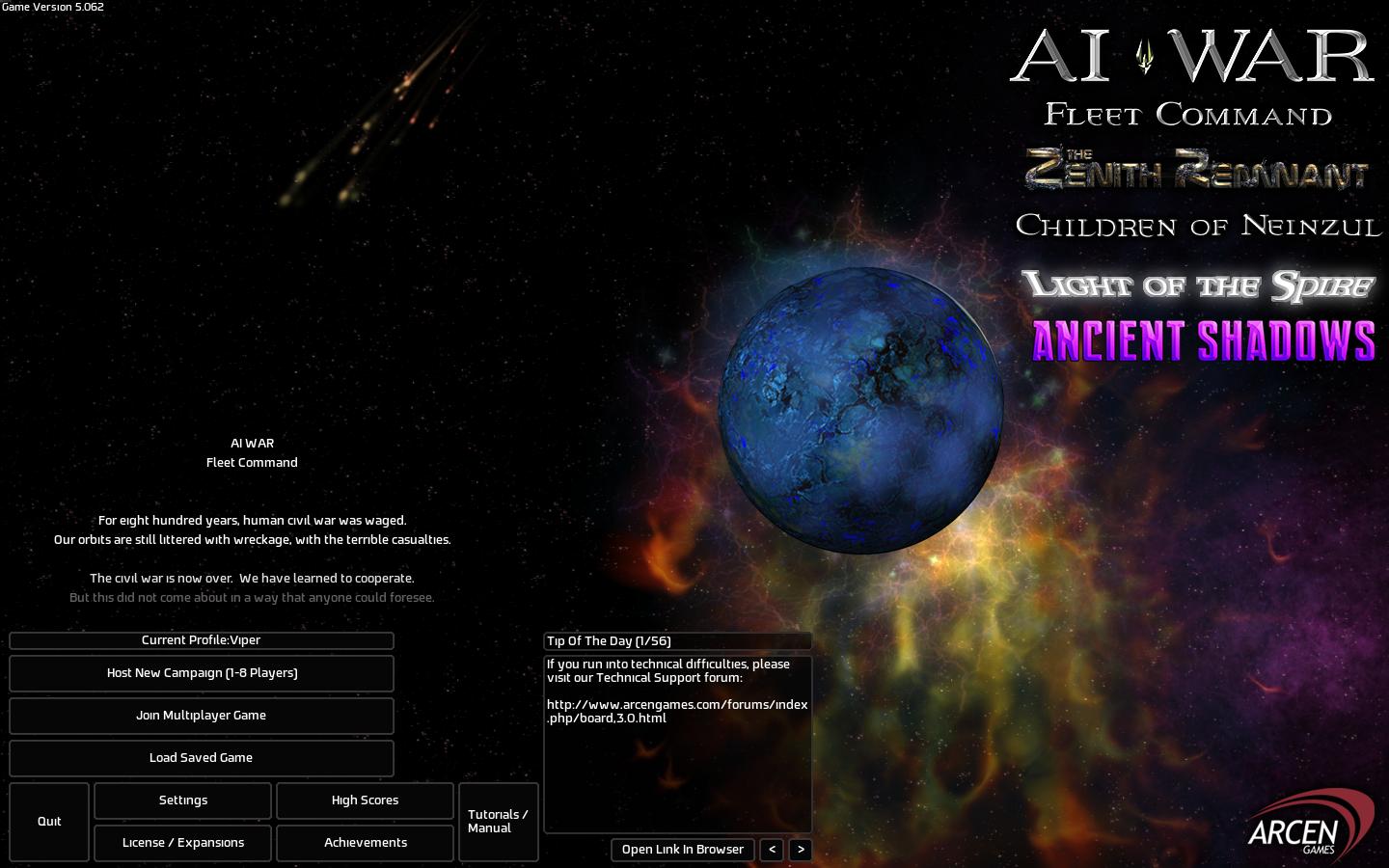 The Spire Corvette is the first "bonus starship" in the game, and is built from the starship constructor mainly because it is modular and needs its own buy-menu-tab, which the starship mechanic is better setup to support than the space-dock-ship mechanic. Anyway, these are straight-up combat starships, but with half the cap of the Spire Starship so they can be more individually awesome (beware though, your accountant will probably have a heart attack on the higher-mark ones). A selection of modules is available from the start, but the higher-mark versions piggyback on existing research much like the fallen-spire modules, neinzul enclave drones, and modular fortress modules.

This release also has several bugfixes and balance changes, some of them pretty important.