This one finally implements a change that's been on the table in the forums for a month or so: fleet ship caps no longer go down at higher marks. This will help them be more attractive to human players and more useful for both players and the AI (previously a cap of mkV fleet ships actually had a lower cap-dps than a cap of mkIV fleet ships, for instance).

The AI still gets a modifier to wave size to keep the higher-tech waves in check, but it's no longer being applied twice like it was. Also, to keep the tech-level difference from being too sudden in waves, the mixed-tech-level-wave rule from diff 9+ now applies to diff 5+. 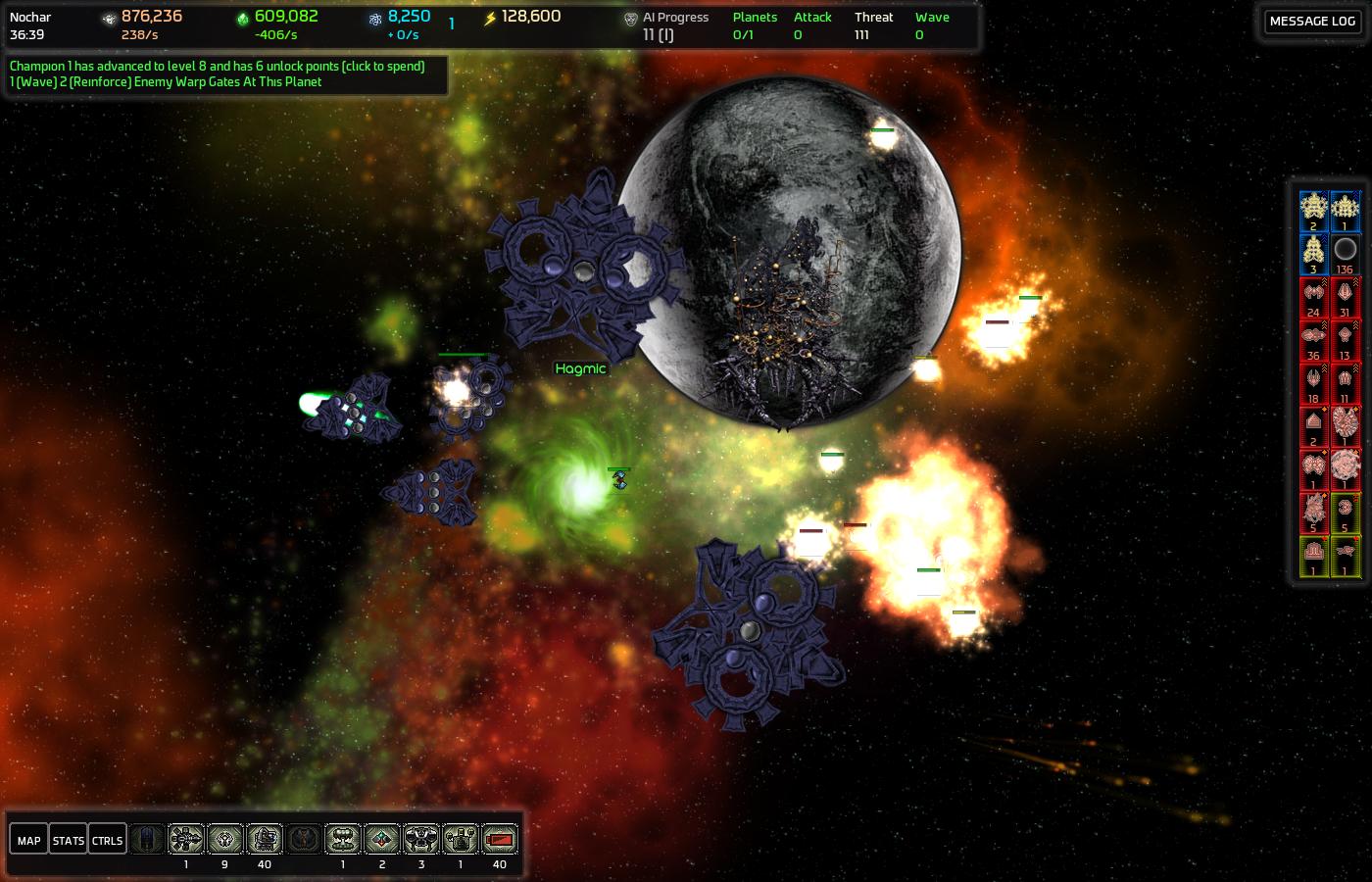 Since all that was getting shaken up anyway, we went ahead and normalized the cap of all fleet ships that change with unit-cap-scale to be a multiple of 8. This makes it so playing on Low or Ultra-Low caps doesn't "chop off" any part of the cap when dividing it by 4 or 8. To make this work without changing balance, however, a ton of numbers had to be changed to maintain cap-dps and cap-health (and metal, crystal, and energy costs) compared to the previous version. There's still some balance change, but it's within a pretty narrow margin. And the good news is that while these changes were made the internal math was also made a lot more consistent with how we're actually balancing these things now.

There's also several bugfixes and balance changes, most notably reducing the "zombie apocalypse" potential of the recently-added Dark Spire minor faction. I thought it was entertaining ;).

Update: 5.078 hotfix is out to fix a bug where the AI was ignoring unit-cap-scale when sending waves. Result = hilarity. 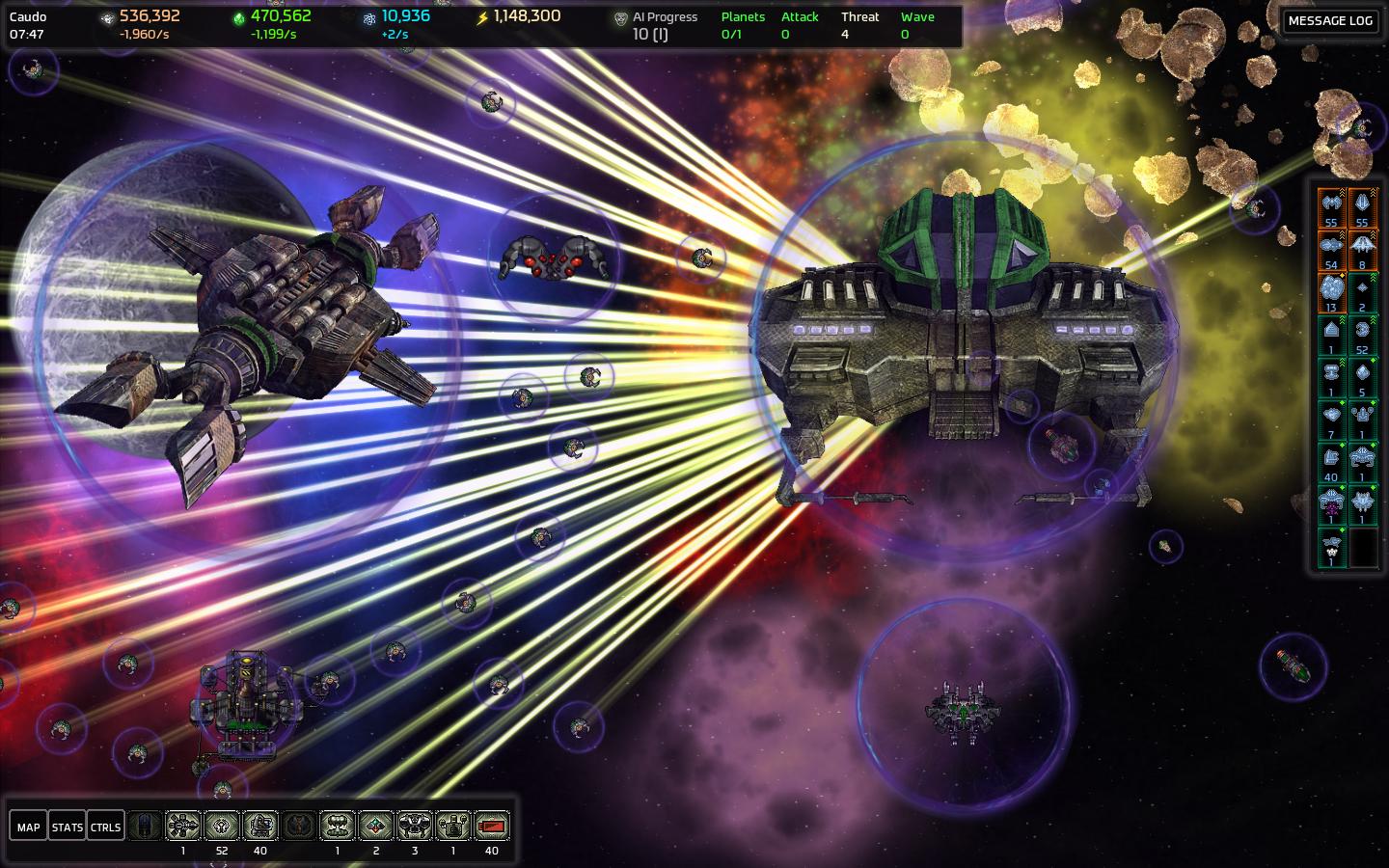 This one is out tonight instead of Monday because a recent change broke the tutorial.

But it also contains two significant bits of content for the Ancient Shadows expansion: a variant of the Clusters map type with more outlandish intra-cluster arrangement, and a new minor faction: the Dark Spire.

Some of you may be thinking "Hey, I've already run into the Dark Spire in a nebula!". Well, you're right, and there's a degree of overlap here. But this is actually a Minor Faction that can be enabled in the lobby, and doesn't have anything to do with the nebula scenarios or champions. It can be pretty intense, though the balance numbers are only based on preliminary testing and may need substantial adjustment.