The Rumstronaught is the player’s ship. Its unique design allows its weapon to be operated independently from the ship’s rotation axis - they are installed on separate drones controlled remotely from control panels.

Posted by CosmicDuckGames on Oct 6th, 2020

Originally a Dominion Corvette, the ship was decommissioned and turned into a rum trading vessel. When alcohol became illegal across the galaxy, Captain Moreguns, a rum trader, went bankrupt. Unwilling to comply, he became a rum smuggler, turned the ship into a pirate ship, and gave it its current name. A few years later, he saved the life of Sam Schrodinger, a genius engineer, and took him aboard. Sam redesigned it to be the technological masterpiece it is today.

Join us on discord: Discord.gg

Add to Wishlist on Steam: Store.steampowered.com 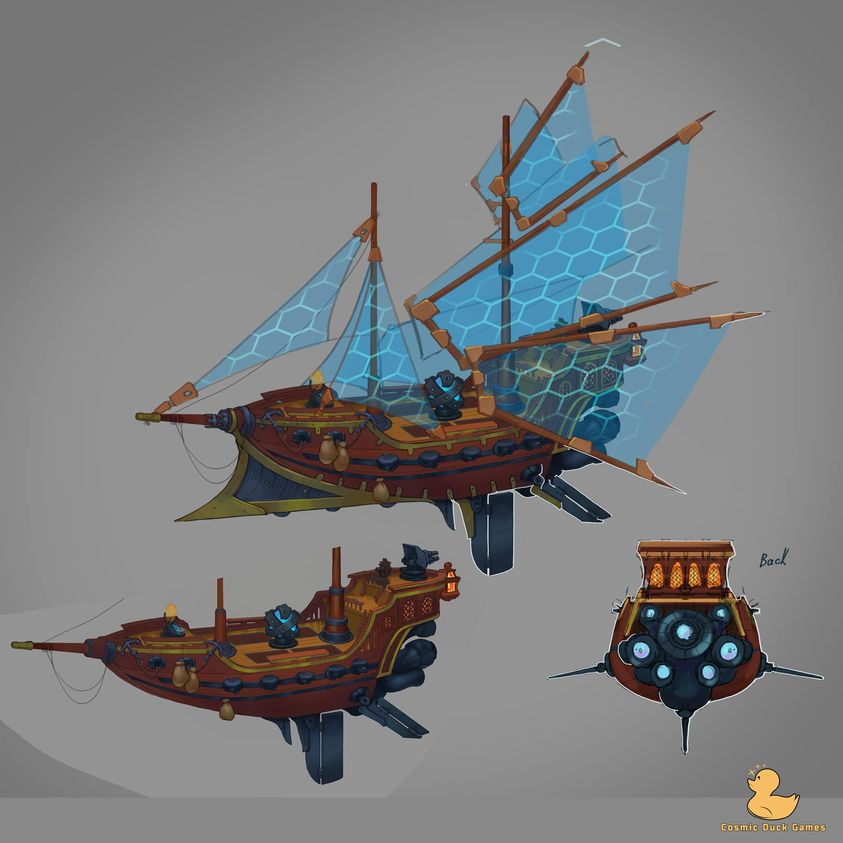