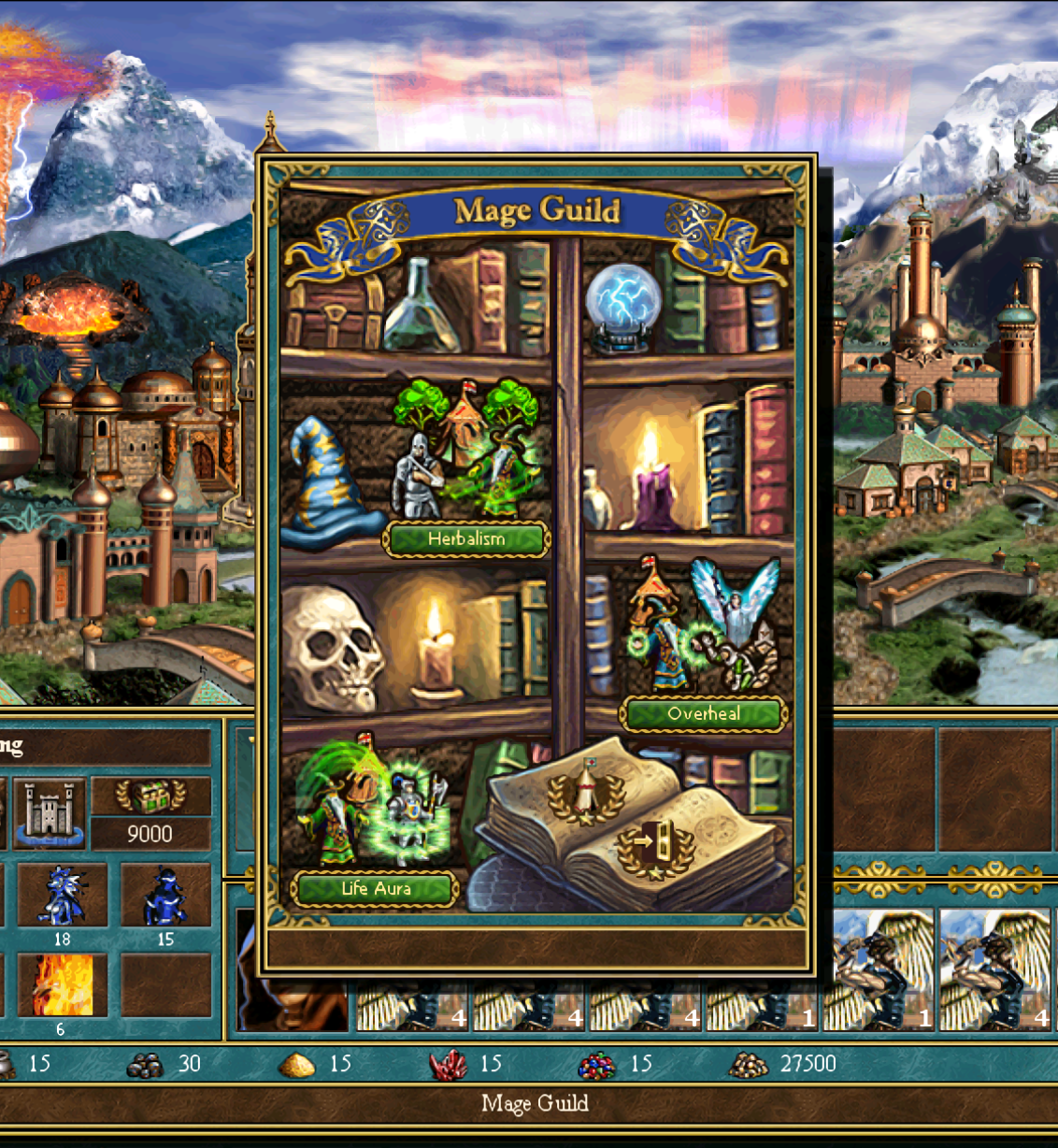 The new version is ready. I have not much to say, initially I wanted to stop the development of the mod after the 1.05 version but I still receive so much positive feedback that keeps me motivated:

Haven't played WOG since 2010 and even though i felt a bit conservative at first (i thought these changes would be too "abrupt" and would destroy the game for what it is) - i actually love it in whole!

Thanks to everyone who helps in keeping the HOMM spirit alive!

LOVING IT MORE AND MORE!

The new leveling up system both for the skills and the spells is awesome and makes the grind feel very rewarding.
I have to admit, the old-style gameplay got pretty boring especially on XL maps, but with this mod, you can still grind 8 hours on the same map and still feel like you want more. AWESOMELY done!

The AI is A-M-A-Z-I-N-G because of the numerous difficulty options. It always felt either too easy or too hard for me with the "default" options, but now there is sooooo much versatility that it finally satisfies me in full!

You can leave suggestions and questions in the comments.

When updating from 1.056 please delete the old version before installing 1.06

Balance:
- changed Magic Pierce I/II from 20/30% to 15/25%
- increased effectiveness of Magic Resistance artifacts all by +5% to compensate for the Magic Pierce from Mage-Class
- All Mana Artifacts increased by +2 reg (4,6,8)
- Mysticism now regenerates (6,10,15,20,30) spell points per day
- changed value for M/GM Resistance from 23/25 to 25/30, to compensate for Magic Pierce
- Luck skill now gives only +30%damage at GM instead of +50%
- the amount of creatures the Grandmaster Adventurer gets is now limited/capped
- slightly increased the chance for Spell Power instead of Knowledge at level up from mage class
- Ballistics increased max damage of shooters now by +1/1/2/2/3 instead of +1/1/1/1/2

Misc:
- removed the annoying "Yoo" message each turn, sorry for that :P
- Newscript for Necromancy that limits the number of skeletons you can raise after combat (put in disabled folder)
- banned WoG option for 2 secret skills
- Scouting event to get spells now considers Wisdom level
- Scouting event that gives creatures made more effective
- Changed name of Elemental set to Elemental Unity
- Changed name of Magic set to The Wizard's Knowledge
- Removed the tag "Set Piece" from the description of all artifacts which are part of a set (looks cleaner, don't know why I did it in the first place...)

Difficulty Mod:
- enabled the Dif option to add extra abilities to enemies stacks (experimental)
- improved the AI artifact equipment mod, now AI will not equip double items
- improved reward chance for Battle reward, if the chance is bigger 55% you have a small chance to learn a spell if the chance is bigger 65% you have a small chance to find an artifact
- Monster now will not be set to aggressive automatically, instead, the aggression of all monsters on the map start will be increased by 2 or 3 points, making it less likely to get joiners
- added a check to prevent AI heroes' primary stats overflow. Now AI heroes will never have more than 99 of any skill point
- lowered the chance for the Battle Commander to appear by 4%
- the Battle Commander will no longer spawn in creature banks
- lowered the creature growth in creature banks for Hard/Extreme/Insane setting
- changed triggers for Battle Replay to !?FU(OnBattleReplay) (requires newest Battle Replay Plugin)
- some more small corrections in Dif Mod 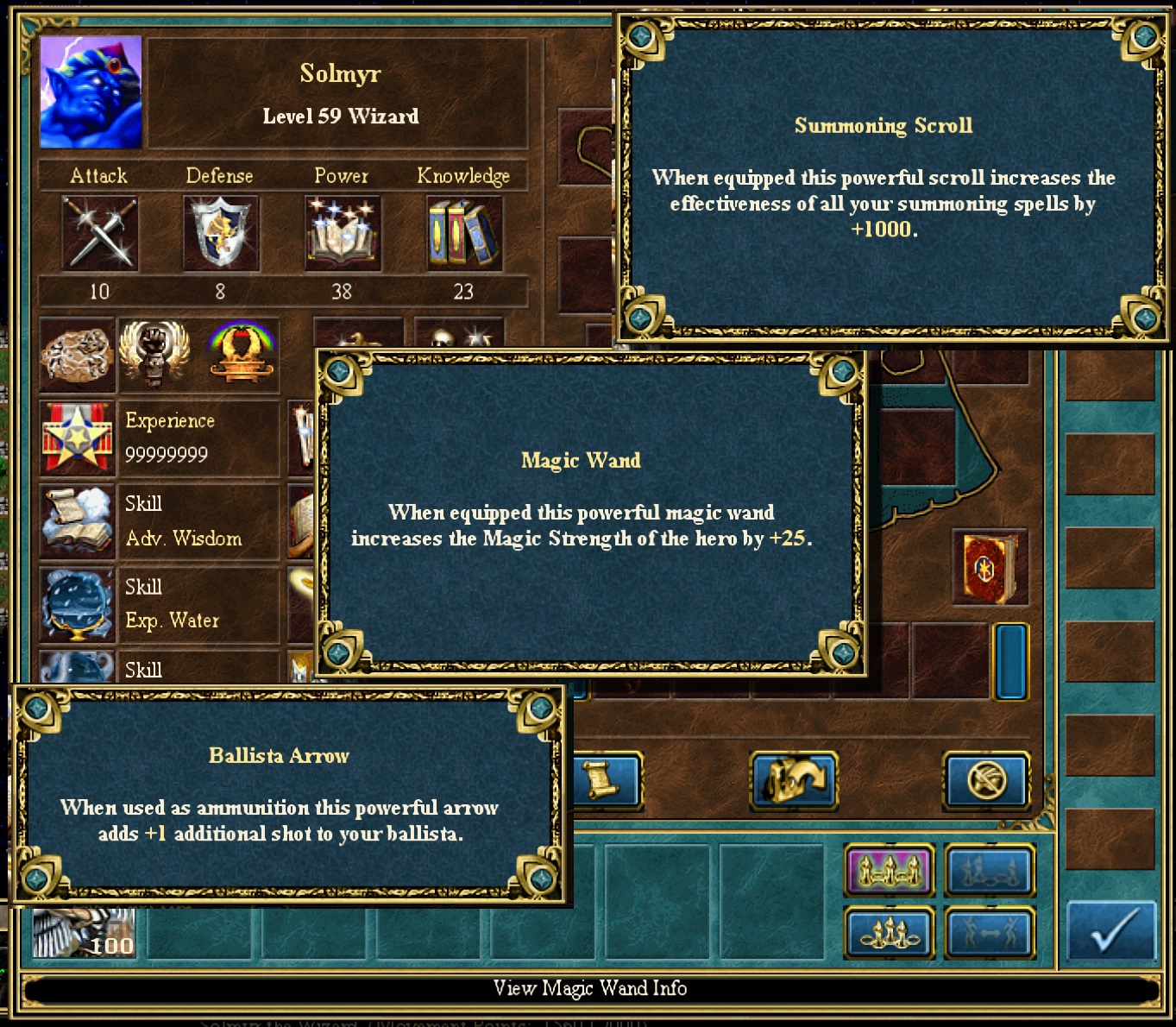