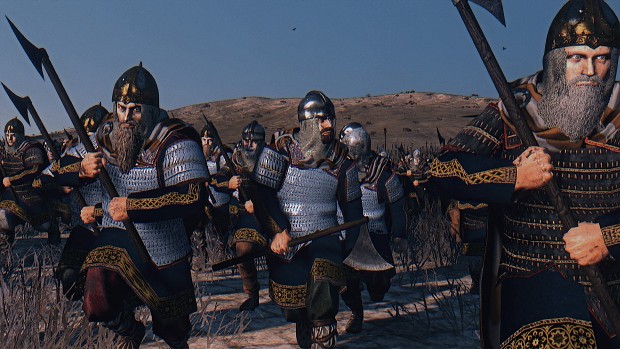 Changelog:
- fully save game compatible
- several small optimizations related to the custom units
- updated both versions on Steam after a long time because I had issues with updating my Attila mods on Steam. This issue happenend also to other modders since the latest Attila launcher update.

You don't have to manually install AUM-ATT anymore and you can subscribe to Steam again. If you prefer to install AUM-ATT manually, then you can still install it to the normal Attila data folder.

Here are some additional informations about the current state where mods are stored. CA changed the way how Steam manages the Attila mods.

OLD Mods (updated before the last launcher update) are still in the normal Attila data folder:

NEW Mods (updated after the last launcher update) will be only stored in this folder below and they will be deleted in the Attila data folder of the subscribers:

I found a solution about the general Steam Upload issue and the details are written here which can be helpful for other modders.

You can use both AUM-ATT vanilla and the ROMANI UNITS PACK together.

If you use many unit packs together and your custom battle crashes, then you can use my "Attila Custom Battle Crash Fix".


Please read the informations, installation instructions and the complete changelog on my AUM-ATT thread. Twcenter.net