Hey Everyone! This months build the focus has been on the event system in the game. We are really trying to increase the variation in the different kinds of events that you play through in the game. If you want to jump straight in and see for yourself then here is the build...

Hey Everyone! This months build the focus has been on the event system in the game. We are really trying to increase the variation in the different kinds of events that you play through in the game. If you want to jump straight in and see for yourself then here is the build...

One of the biggest changes that is in this new build is the ability for us to chain events together in order to create a story that spans many events. Ultimately, every region in the game will have a handful of event chains that go along with the randomly generated event. These chains will give a story to that area that you can follow along with and if you complete the chain then there will be great rewards to help you on your journey. 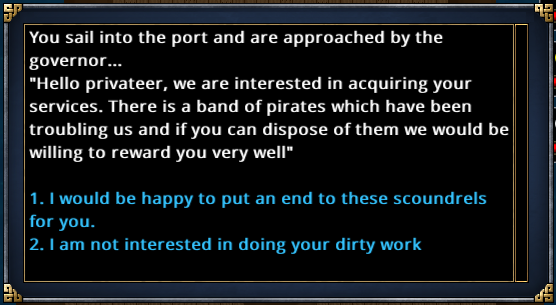 An example of an event chain is the new "City in Distress" event. In this event you will enter a port city and find out that it has been being harassed by pirates. They will ask for you to help and if you agree then you will be tasked with eliminating these particular pirates. After accepting, you will see the pirates on your map and can go and destroy them. When you then return to the city they declare you a hero and give you a large sum of gold. We will be adding many such chains to the game over the course of the next months.
Another thing that we are working on is increasing the visual variance between events. This has required some re-factoring the code to make it easy to script out what kinds of things should show up in the event. There are now a few different ship types that you will see in encounters and when you go to a port there is a dock there. We will continue enriching the visuals over time and of course Kurt will be hard at work making new tiles and whatnot to spice things up. Another visual change that has been made is adding dynamic lighting. When the event takes place at night or sunset then this lighting will be used which gives some nice visual variance. 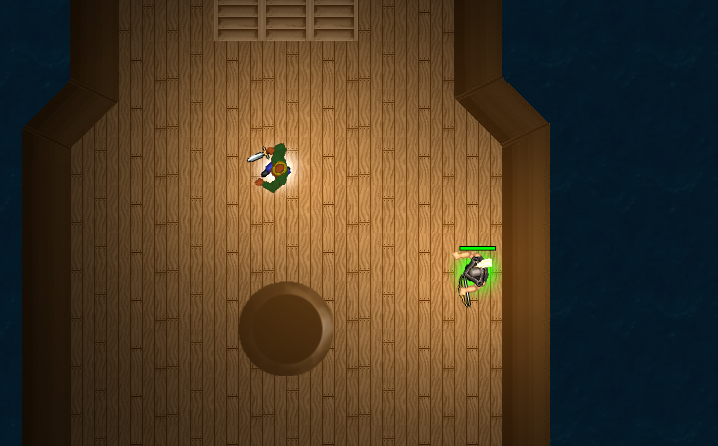 One thing that you will notice right off the bat is that the graphics used for the sailing scene have changed. Ultimately, we are trying to give this scene an ancient map sort of feel. You can get a little taste of this with the new ship and town icons. However, all of this is very much early works in progress and the islands are still developer art, so this really is just a taste. 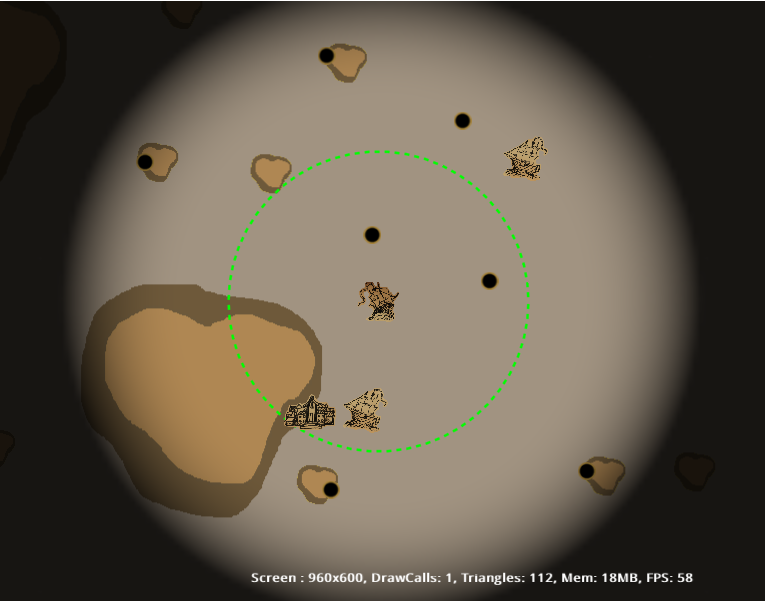 Last but not least, Riley has gotten a few more demo tracks ready and they have been added into the game. Right now they are just playing in order as you go through the different events. However, in the future we will probably tie specific music tracks to specific events depending on their mood.As always, we love to hear feedback and ideas. Leave your thoughts in the comments!

---- v0.12 ----
- Added in demo tracks for towns and game over
- Events can now be chained together to form quests
- Refactored event system to make it easier to add more props into a scene
- Pirate surprise attack event now has small boats the pirates come from
- Town event now has a large dock
- The camera is now constrained to the area of the event
- Added dynamic lighting for characters
- Fixed some bugs in the fog of war on the sail scene
- Added a simple event chain for a town in distress
- Change the sail scene to use some new WIP icons