It’s about the adventures of Adam (yep, the guy from the Bible) and his faithful chum Ricky saving the world from Hitler and the Third Reich, who have happened to come across a time machine and plan on wreaking havoc up and down the timeline of human history.

Once upon a time, in a land far away called Paradise, a human named Adam and his pig pal Ricky lived a merry life in complete ignorance of the true evils that roamed the world.

Their existence was idyllic, filled with wonder, laughter, song and dance…until one day, everything changed.

On that fateful morning, Adam and Ricky were on a hunting trip near the foot of Lord’s Mountain. Along the way, Ricky decided to pay a visit to his relatives in Villa El Pozo. They all rejoiced at his arrival, for he was the prodigal pig of the village, and the only one who had lived outside the community and thrived.

Ricky began recounting tales of his greatest adventures and escapades as he always did, soon attracting the attention of three plump piglets, who incidentally were the perfect size for that evening’s dinner. So he promised to take them on an unforgettable trip to the peak of the Lord’s Mountain… but instead, half way through the climb, he lead them behind some bushes where a hungry Adam jumped on them and crushed their heads to pieces with a pointy stick. 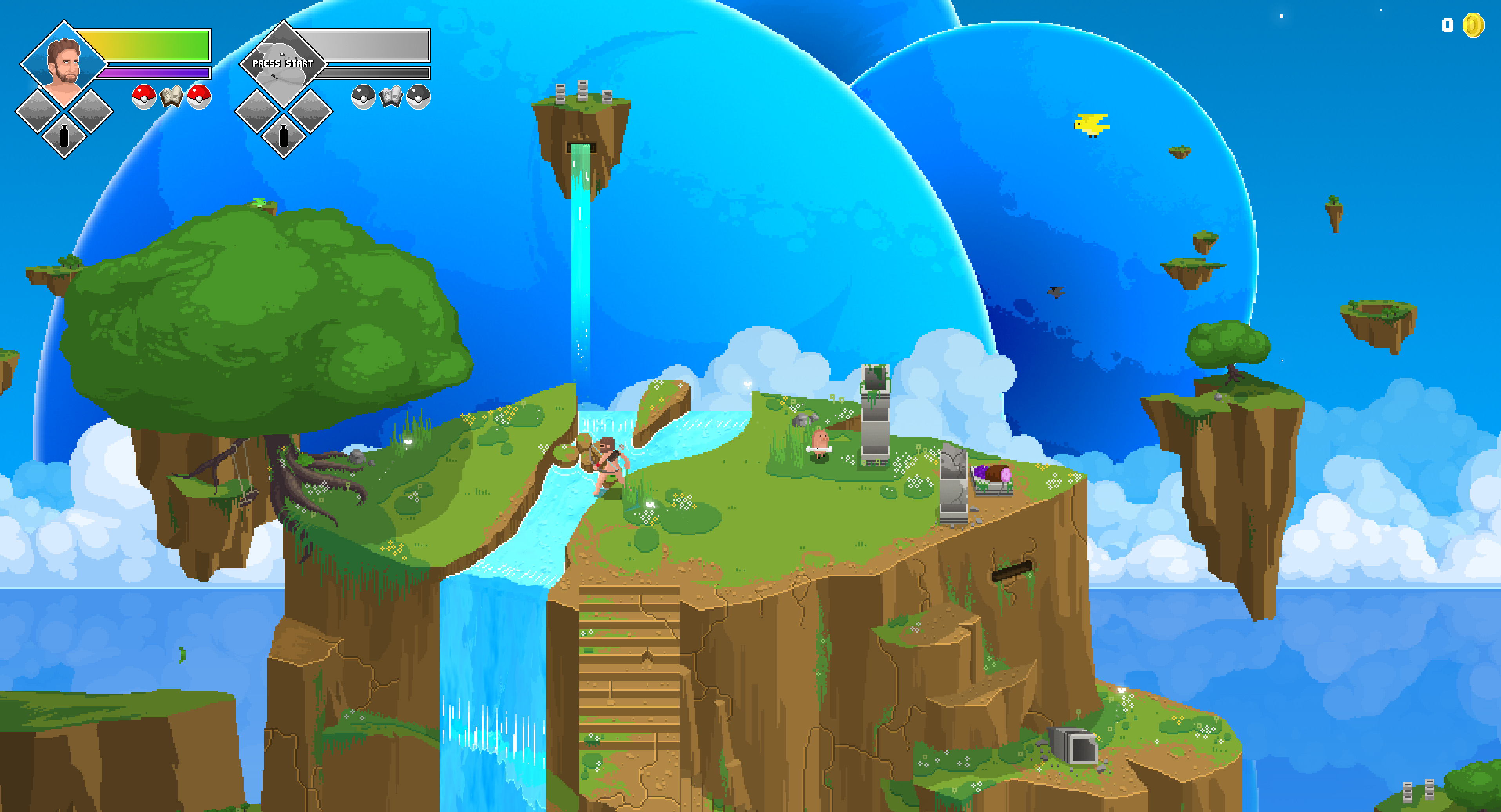 As they began proudly packing up their catch for the day, a familiar scream echoed amidst the mountains. Adam and Ricky quickly ran to the edge of the cliff, and their fears were confirmed. Their beloved girlfriends, Eva and Pepa, were screaming and fleeing from a group of humans.

There was something very odd about their pursuers…the were wearing uniforms. There’s no clothes in paradise, said Adam to Ricky, and they sprinted down the mountain path with all the speed they could muster.

When they finally arrived, only the battered corpse of Pepa remained at the scene. As they relentlessly searched around for clues that could lead them to uncover the identities of these insidious murderers, they found a note covered in blood next to Pepa’s mutilated carcass. It was a note signed by a so-called Hitler, announcing that Eva was alive and held captive and enslaved under his orders, and that whoever attempted to rescue her would meet their demise.

Consumed by rage, Adam and Ricky swore to avenge the death of Pepa, and embarked on an epic journey to save Eve and to bring Hitler and his malefic minions to justice.

I love the simple, original and crazy story of the video game. I really want to accompany Adam and Ricky on their adventure.