Build the script that attaches to the characters to accelerate the speed of the enemy towards the base.

The script is virtually self-sufficient, he attaches to the enemy (game object) and performs the increment operations of speed (by default at 50 percent) for a period of time (in seconds) that I define according to criteria that can vary freely. 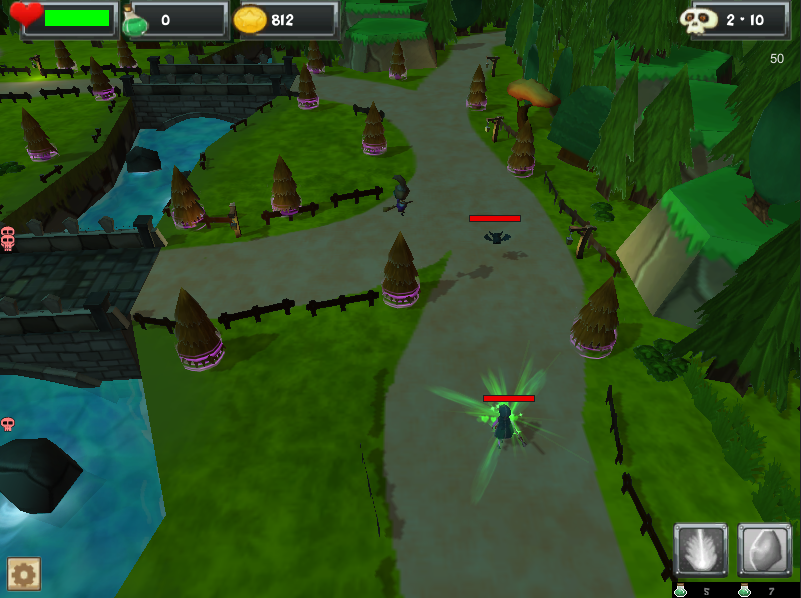 The healing process is also running, the character Demonita has the power to recover the energy of enemies in a specific range. I'm still going to add effects on the ground (as with the Arpixa to summon bats) to be demonstrated the connection between the healer and the enemy healed (which received the energy).

Here is an example of how the process is working

Note that the bat was just hit by a tower and lost 15 of energy, but the Demonita cure all his energy.