Version 4 of Assassin's Creed 2014 Overhaul mod is finally out !

Version 4 of Assassin's Creed 2014 Overhaul mod is finally out. Now it contains over 500 redone textures and additional plugins for different time of day types. Also, the lighting system has been reworked a bit.
These four versions took me very huge amount of time to do so I need to take a break. It may be long time before I release another improvement, because I already changed almost everything that needed any improvements. If I learn how to edit sound effects or game scripts then the fifth version would come much sooner. Until I know how to do that, enjoy the fourth version ! 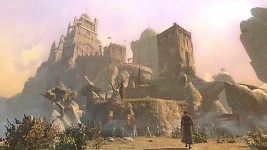