Our team is working on a grand project for remaking the unending hostility between the Byzantine and Sassanid empires alongside the rise of an Islamic state in Arabian peninsula around 622 CE. We are doing our best to mimick the clothes, the face of kings and generals as well as the historical eventsof the time as closely as possible. So if you are interested in joining our efforts we would be glad to have you since we need all the help we can get. Such an undertaking demands lots of effort but

The mod " Beginning of an end " tales you back to 622 AD, pitting two historical adversaries against each other. During this era we witness the clashes between the Byzantine and Sassanid empires, led by Khosro Parviz and Heraclius respectively, when the Roman emperor could successfully put an end to the Persian offensive and in effect save the Byzantine Empire. To the south of the Persian empire Islam is gaining a foothold and the Arabian peninsula is uniting under the banner of prophet Muhammad (to respect the Muslim belief we did not include the persons of the Prophet and Imam Ali in the game).
To the North Eastern fronts of the Persian empire GokTurks have become bolder and keep invading .
Furious at the murder of his father in law Maurice by Flavius Phocas Agustus, Khosro Parviz invaded the Byzantine Empire.
To lead the offense he dispatched his generals Shahrbaraz and Shahin.
In 608 AD, Heraclius used the mayhem and revolted against Phocas and killed him in the end this becoming the new emperor himself in 610 AD,
an extremely stormy period in the history of Byzantine empire.
After a long campaign, Shahin had finally captured Anatolia in 611 AD and Shahrbaraz opened the gates of Egypt in 616 AD.
Sensing the strength of the Sassanid Empire's great force, Heraclius set up a meeting
with its head Shahin and proposed peace and got it in return for an annual tribute to Persia.
Gaining the support of public and the church, Heraclius raised an army and invaded Iran by the aid of the Khazars in 622 AD.
Khosro Parviz met him by an army of 40000 men in Shiz (Takht-e-Soleyman) but couldn't stop him.
Heraclius would then set foot in Genzek and raze the temple of Azargashasp in 623 AD.
Following his alliance with Avars in 626 AD, Khosro Parviz laid siege to Constantine, capital of the Byzantine Empire, but the Roman army could reclaim Caledonia. The main cause of the Persian defeat here was the Roman naval presence; Heraclius used his naval power to the utmost advantage during all these battles.
In what came to be known as the Battle of Nineveh, Heraclius, in 627 AD,
attacked Dastigerd, located 120 km away from Ctesiphon.
The Roman soldiers then looted the Khosro's palace and Heraclius held a luxurious religious festival in the now empty palace.
The Persian emperor had abandoned his men and retreated towards the capital but the Persians, reinforced by 200 war elephants could successfully stop the Roman army and then by destroying the bridges and Nahravan canal halt Heraclius' advance towards the Sassanid capital. In 628 AD, Khosro Parviz was imprisoned and then murdered by his son Kavad the second (also known as Shiruye).
Having to deal with an outbreak of plague at the time, Kavad proposed a peace pact with Heraclius and pledged his support for his son Ardashir the third.
The peace terms were as follows:
-The two sides had to move out of the captured territory and return the prisoners of war.
-The Persians had to give the cross taken from Jerusalem back to the Romans. This led to many wife ranging celebrations in the Christian world.

The never ending battles between these two empires , made both of them so weak and it was actually the beginning of an end for their rule in the east 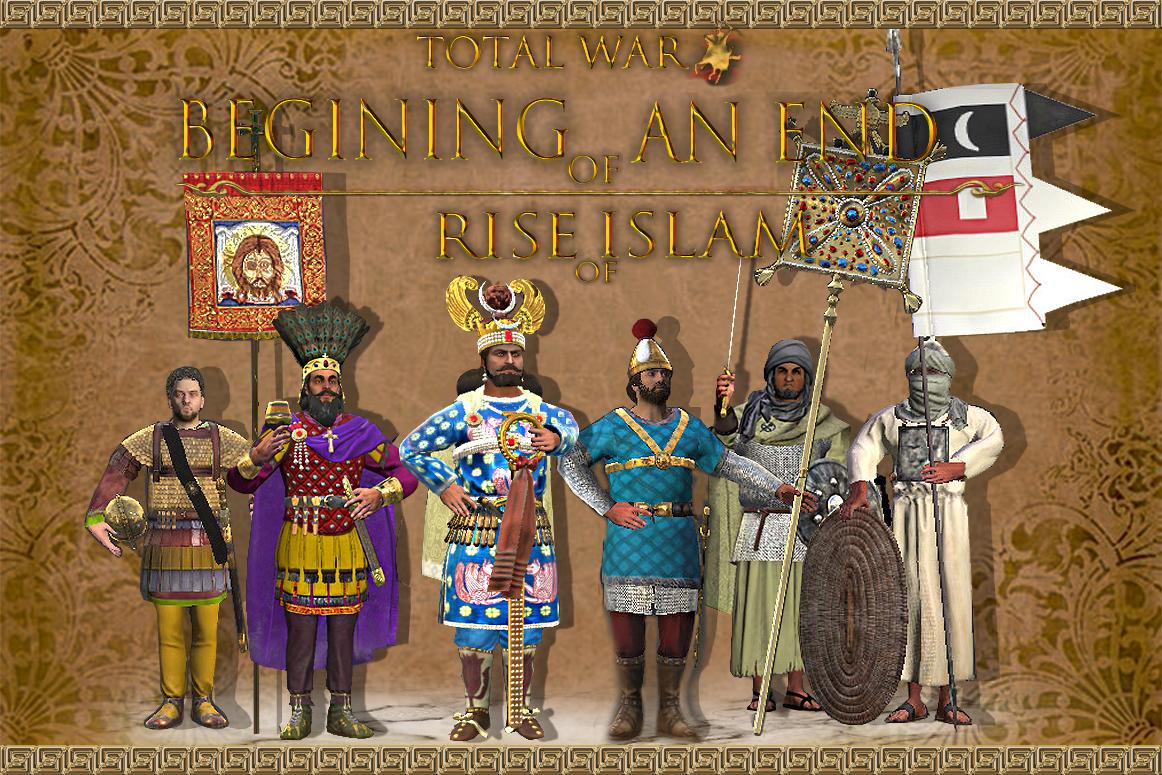