#4 Dark Medieval Age. Brief introduction of the map's biomes and their features.

In the first place, we were planning to add the remaining parts of the continent step by step in the future updates. However, due to technical aspects we decided to do it now.

So, we've expanded the map 3 times for a player to feel he is not stuck on one peninsula but there really is a whole world around him.

There will be 4 biomes: fall Ayront, winter northern mountains, hot desert and tropics. The main focus is on Ayront as the key action scene. 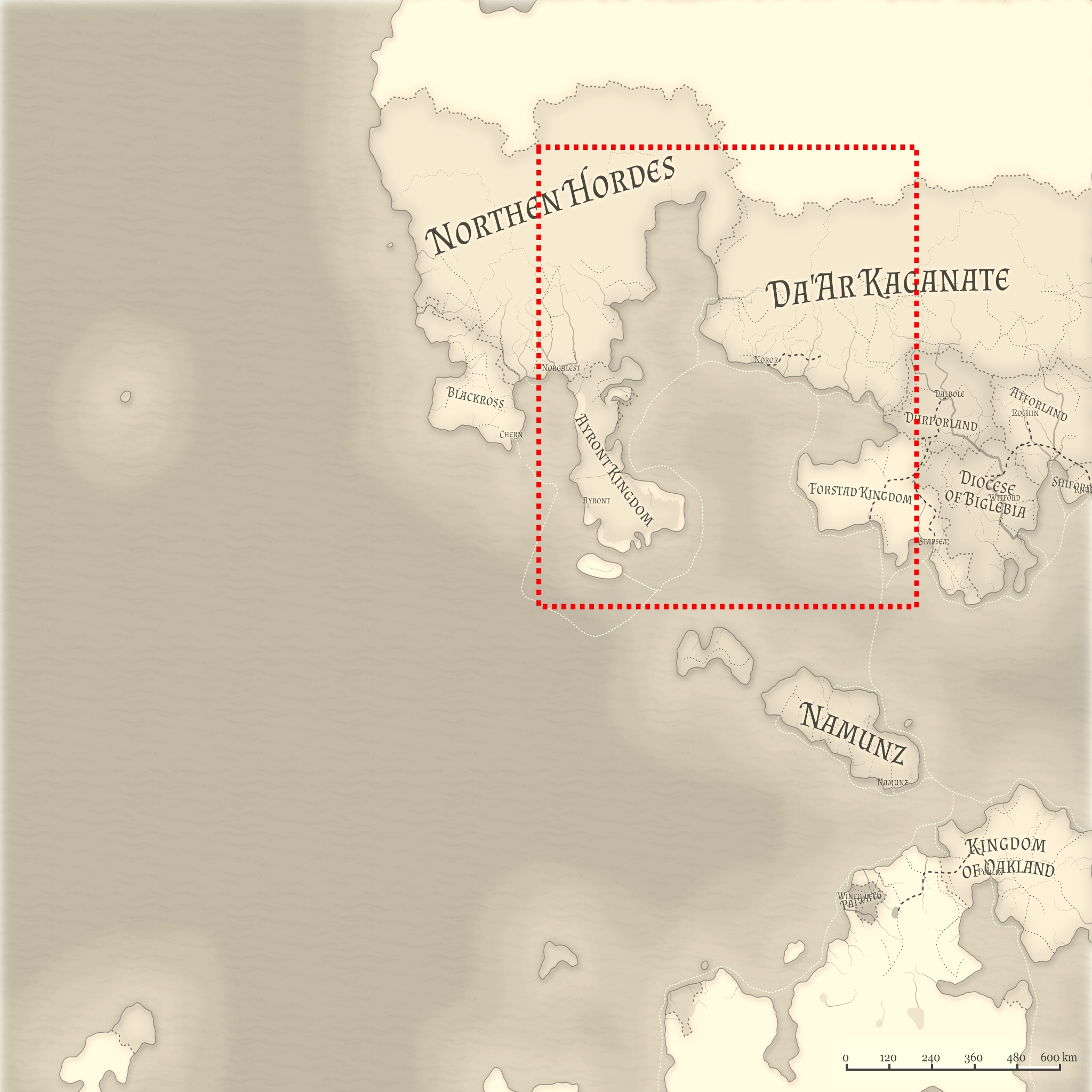 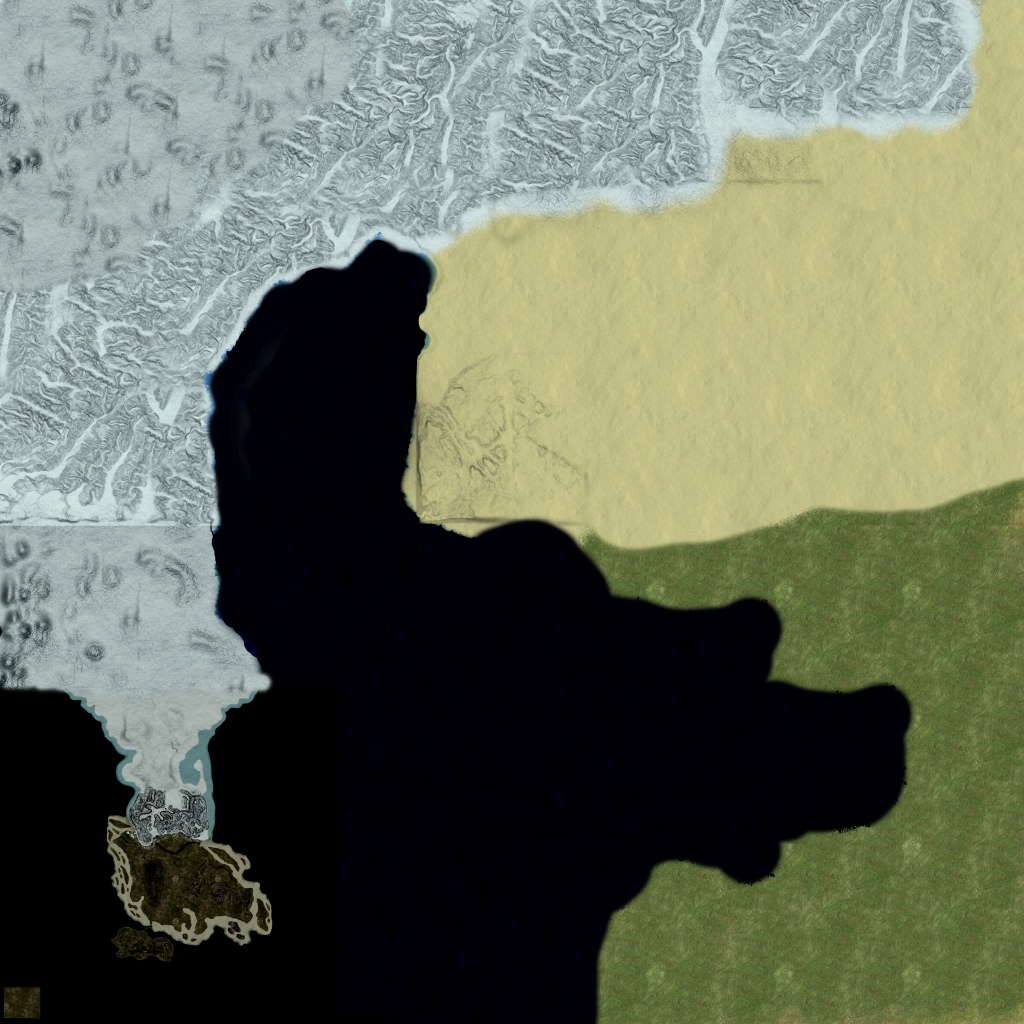 In the future, we will be refining shores of other biomes, except for the winter one. Why exactly the shores? As soon as ships get to work properly, sea trade between different cities becomes a key part of Ayront's economy.

Now to the biomes.

The Ayront peninsula – a dead kingdom destroyed during the Day of Reckoning. It is where a starting port village is located. A player can do anything that's in his mind out there – be it gardening, woodcutting, mining, treasure hunting, serious mercenary business or just robbing random passers. The peninsula is inhabited mainly by the undead, skeletons and trolls.

The lands of the Northern Horde – winter wasteland with mountains reaching the sky. It is absolutely a lifeless biome where no resources can be found. Back in the day, there were forests, lakes, cities everywhere until the ice age brought its deadly frost upon those lively lands. Only the skyscraping mountains could stop it from spreading further to the rest of the world. That is why the line between the desert and the snowy territory is so visible. The local northerners have almost completely died out as a result of the sudden cold and a fail in conquering then powerful Ayront kingdom (echoes of that historic episode are represented on the map by Ignis Gates). The lands of the Northern Horde is so far the only way to reach the opposite shore before the sailing system is developed).

This biome lacks locations and rather tends to be a challenge for a player. Will you find enough strength to make it out alive during 56 km journey to the nearest settlement or will you perish in the mountains?

The Da'Ar Khaganate desert – vast, almost lifeless desert whose population settled along the sea coast. There are a few villages and a big city situated. Their economy is based on trade. Aggressive nomads, huge scorpions and other…things can be faced in the desert itself. Whole cities of empires passed into oblivion with untouched treasures are hidden in the sands. We are considering making the daytime in the desert extremely hot so that a character's temperature and thirst would gradually increase. There also will be a really small amount of oases usually captured and protected by nomads.

The Forstad kingdom – the culrural heir to Ayront, it is where all the raids to claim the peninsula are being made. There is no magic or monsters out there. The kingdom is being torn apart by a civil war supported by a neighboring state and that is why rebels and bandits roam in the outside of the city, why many villages are destroyed and why many locals are kept in slavery. The region will be developed last.

Before the beta release all the efforts will be channeled to developing Ayront, then to improving the mountains, desert and finally tropics.

All this is still at the early development stage and tends to be a fundament rather than the end result. During development process the idea of creating the open world might be reconsidered into making separate locations.

That's it for now. Join our discord channel Discordapp.com