I have been pissed off by vanilla nomads since my first gameplay for their power without sense. They also annoy me by adding lots of titular titles on the map and claiming themselves Khagan just because they have only been independent recently from their old Khagan.

So I have remade the nomad mechanics, which allows

Now the steppe tribal holdings would be nomadic. They won't have hillforts as normal tribes do. A slight impairment, you see. 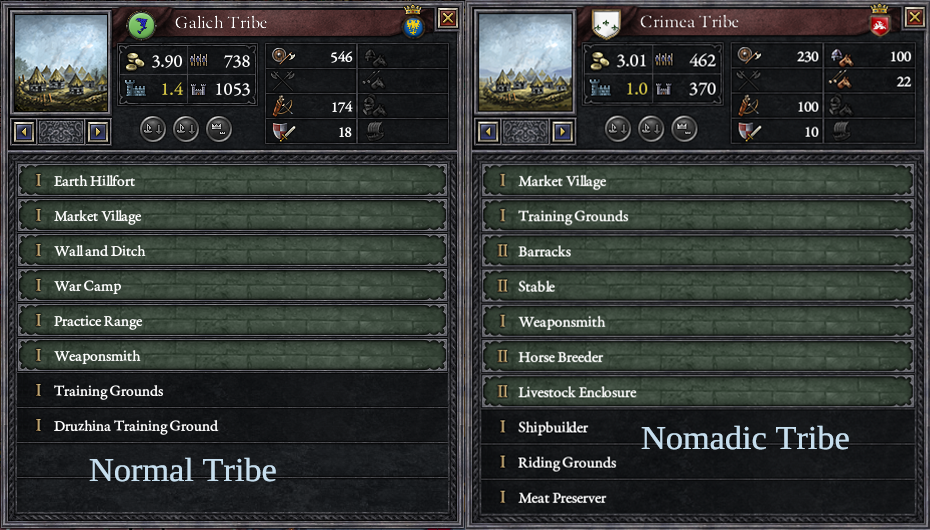 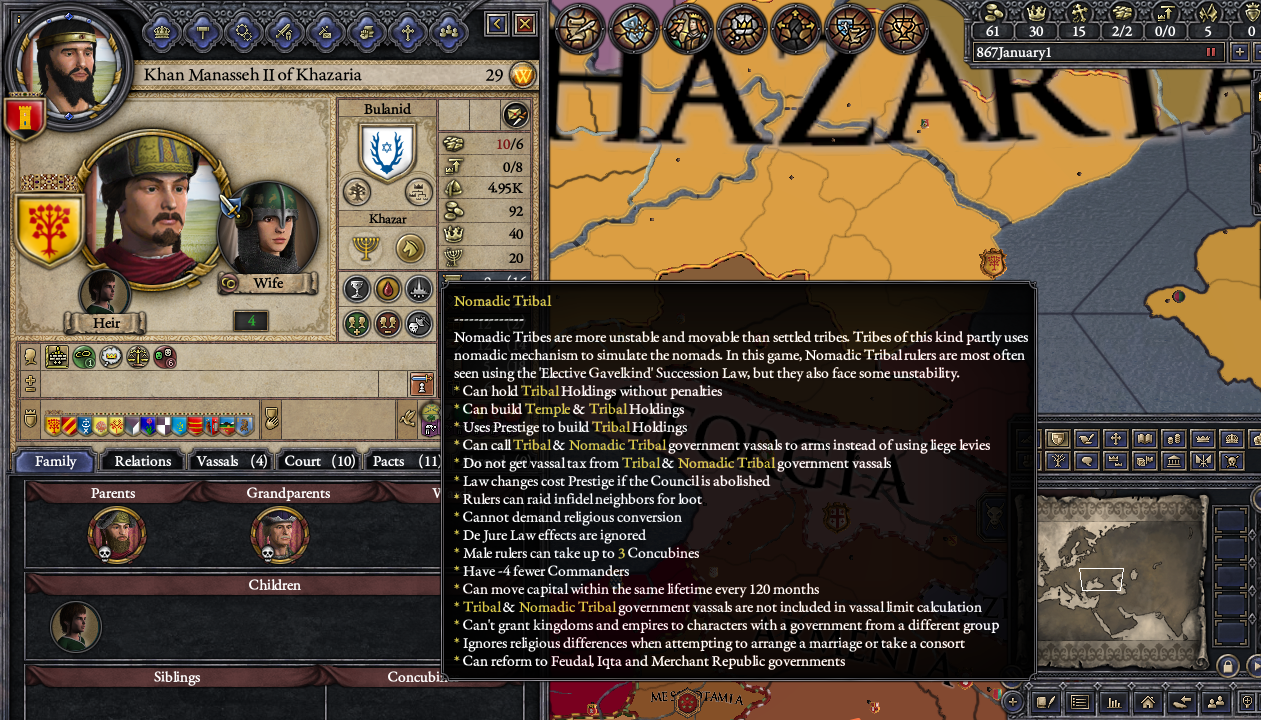 I still keep many of the Horse Lords mechanics, such as warhorse choosing and the tributary - for gameplay: 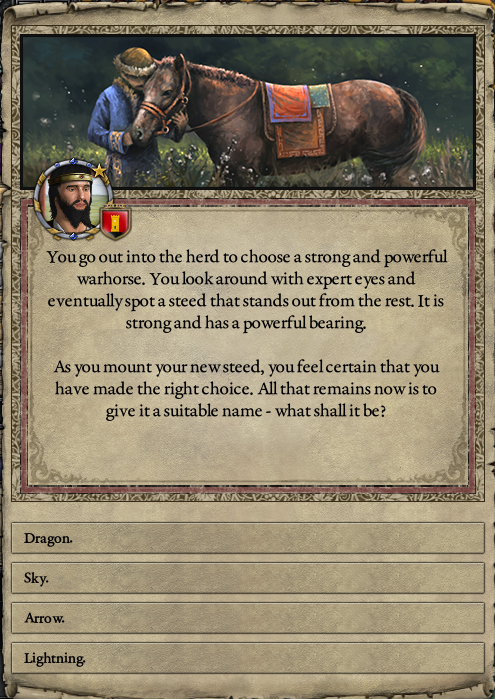 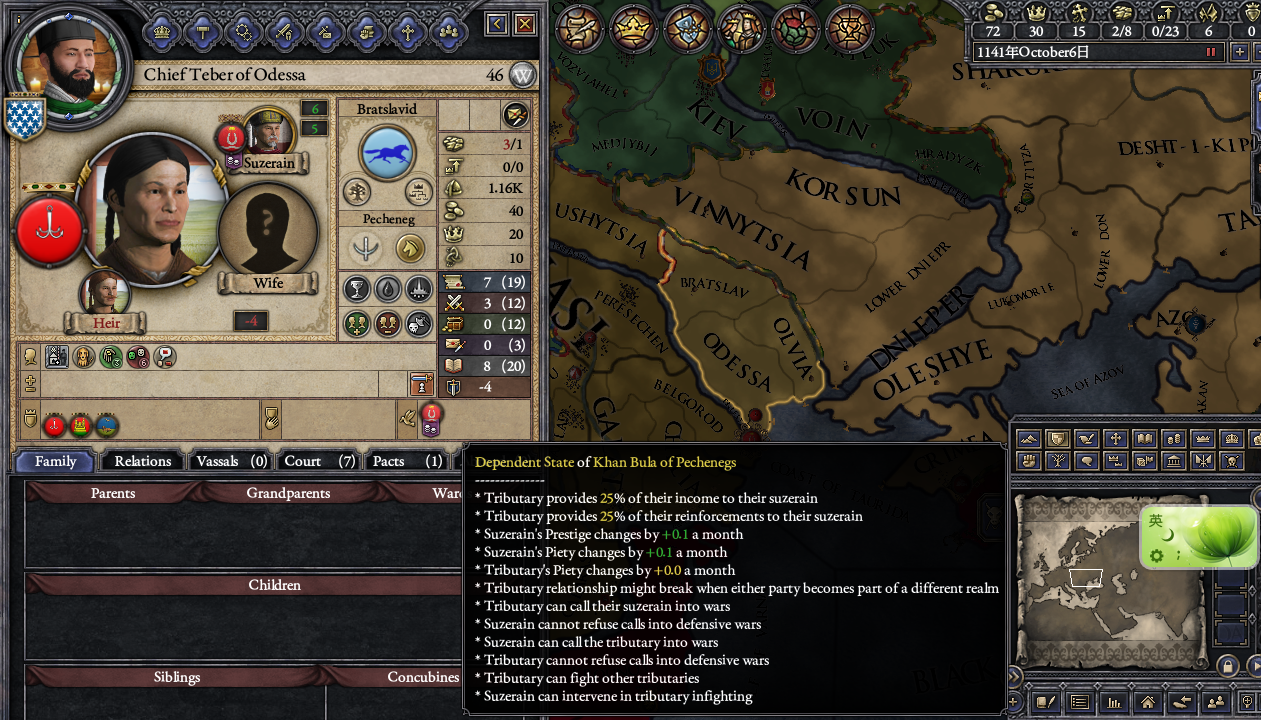 PS: While a nomad is vassalized by a non-nomad ruler, this tributary system may get activated.

As a poor copy of this world, CK2 even left the ruling system of Khitans undone. So I have to do it myself - just a poor Frankenstein of tribal & Chinese Imperial. 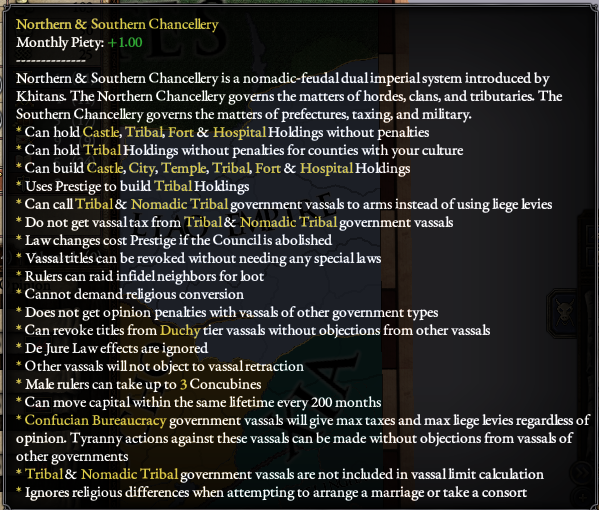 The Liao empire may also appears in the way of Seljuk expansion to Middle Asia - it may be a hard time for Sanjar: 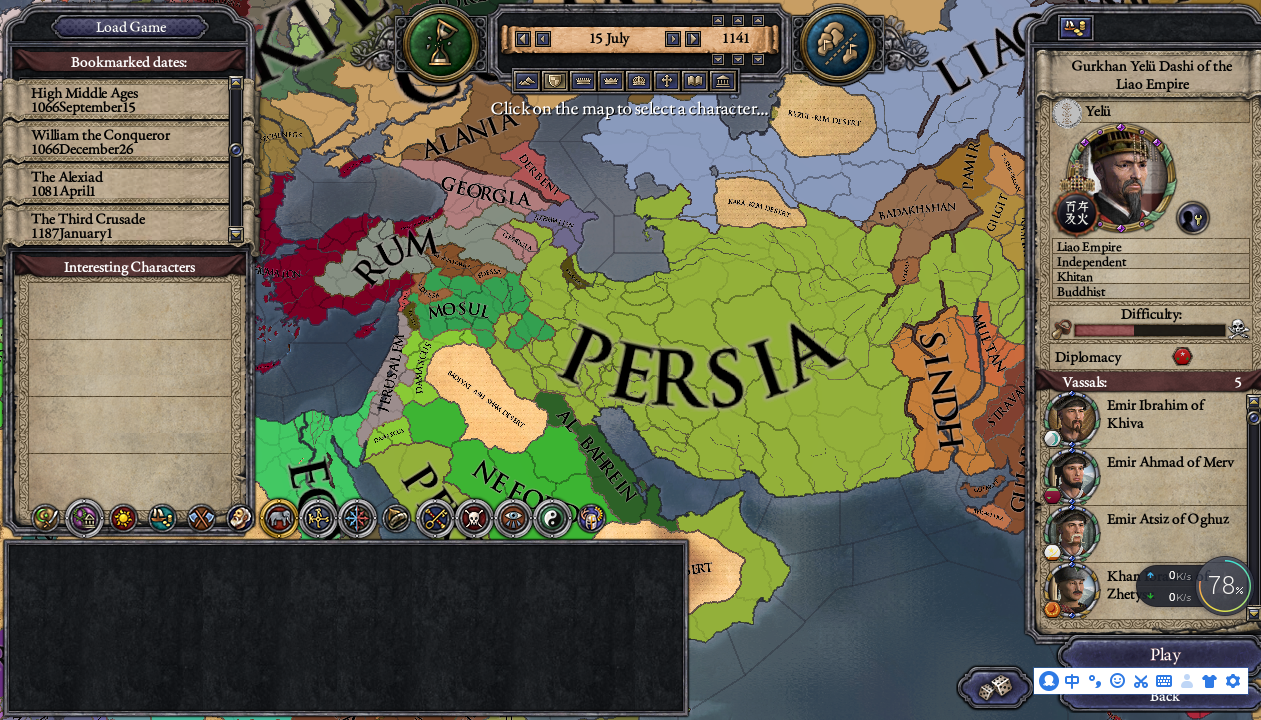 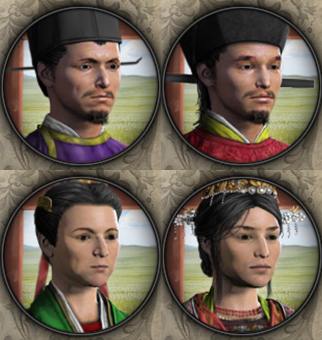 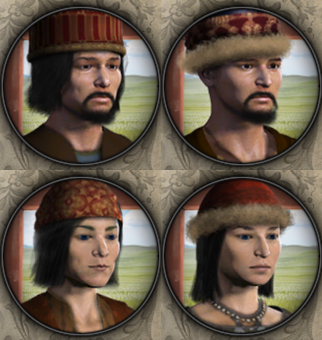 Regards to the waiting ones