You all keep asking me for information on the release of the next big update A World of Ice and Fire 2.0, so here it is.

A World of Ice and Fire 2.0 Information

Firstly, apologies for having to keep putting the release date further and further back each time. I know I had planned to release this a couple of months ago, but due to work and being ill plus the fact I wanted to fix as many bugs as possible and add as much as I could, this has had a big effect on being able to get it complete.

So for that reason I have decided to set a cut off point for 2.0. I shall be releasing 2.0 over on my forums to any backers of the mod (Donators, heavy contributors) On Sunday.

I shall then release to the public (ModDB and Steam) the following week end on Saturday Afternoon UK time.

The reason for releasing on my forums to backers a week early: This gives something back to the people that have helped support me to continue working on this mod. Which has certainly helped get this update out quicker. It also allows me to make any tweaks necessary before uploading to the masses. 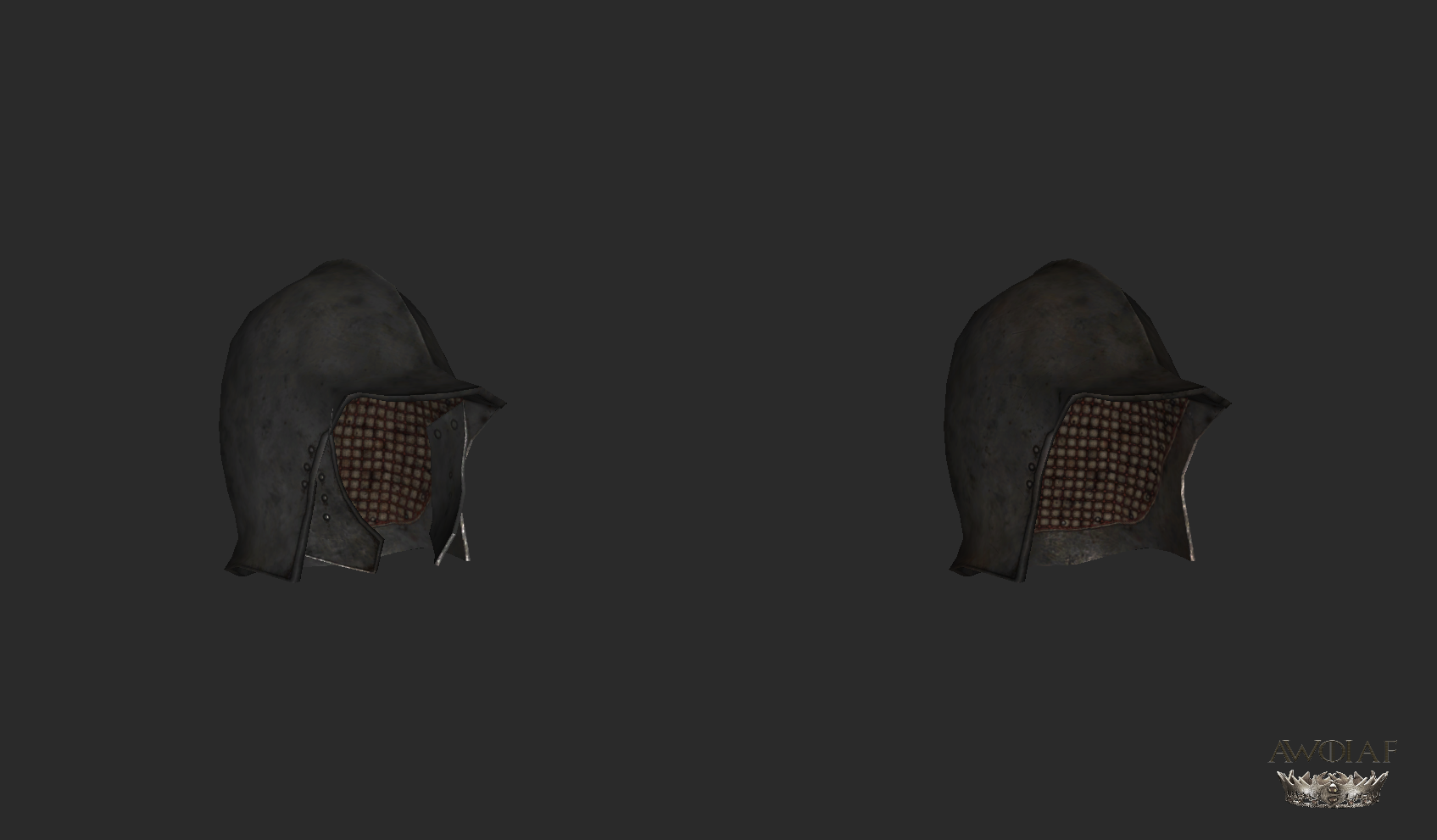 I'm sure you have all seen the previews of what's to come. A massive thanks to Kraggrim and Robertidaniel for most of these. 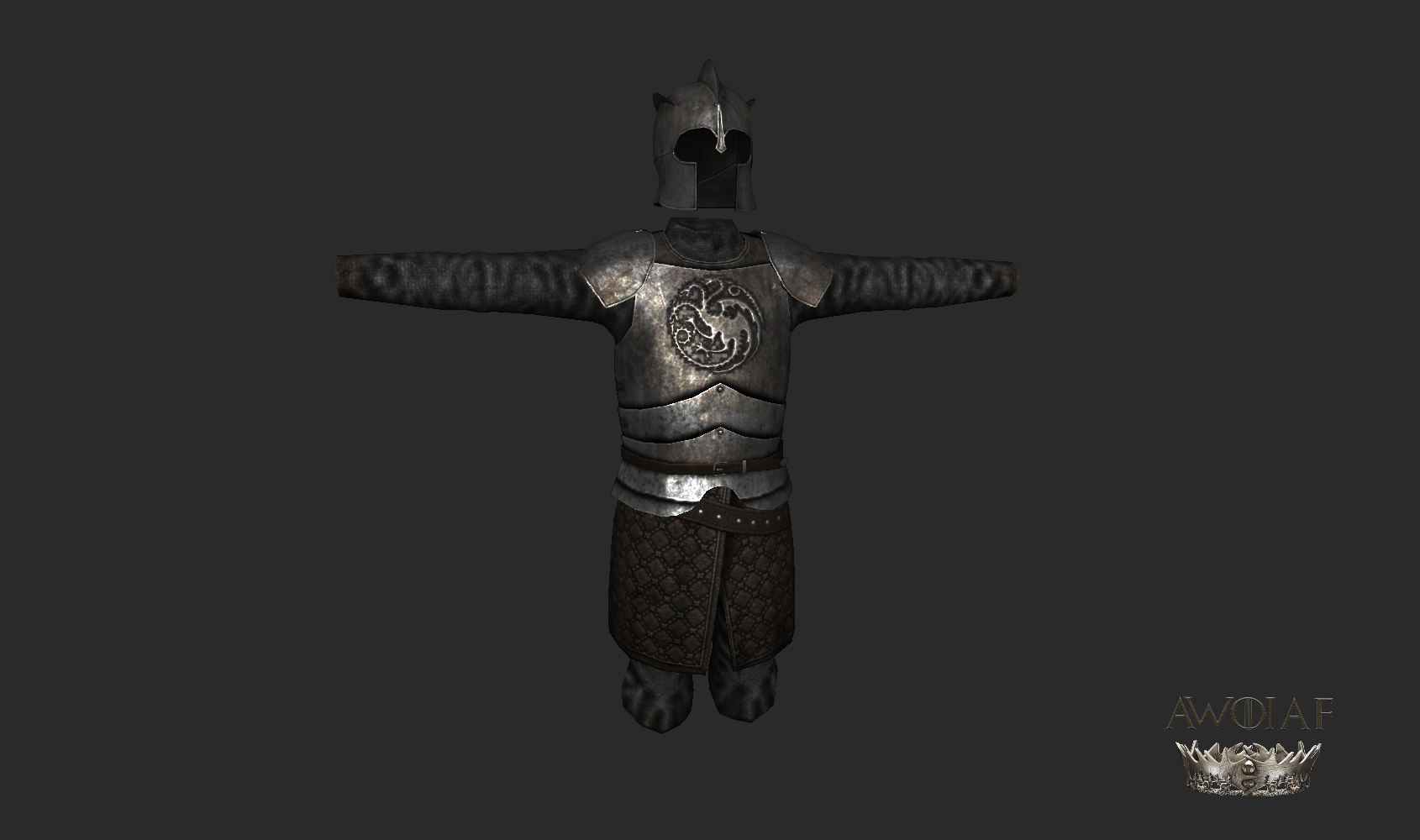 If you missed them, here's a few more: 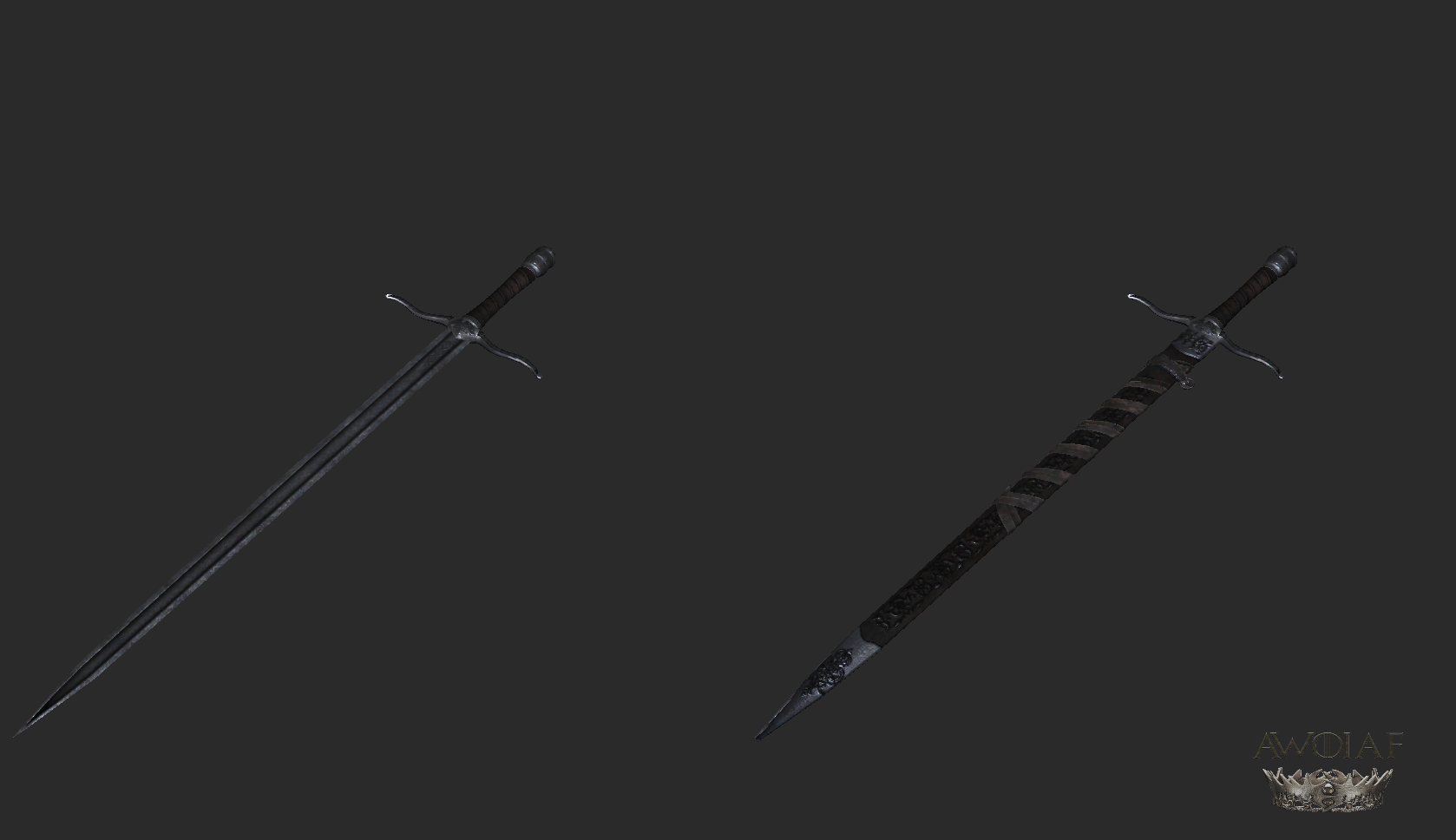 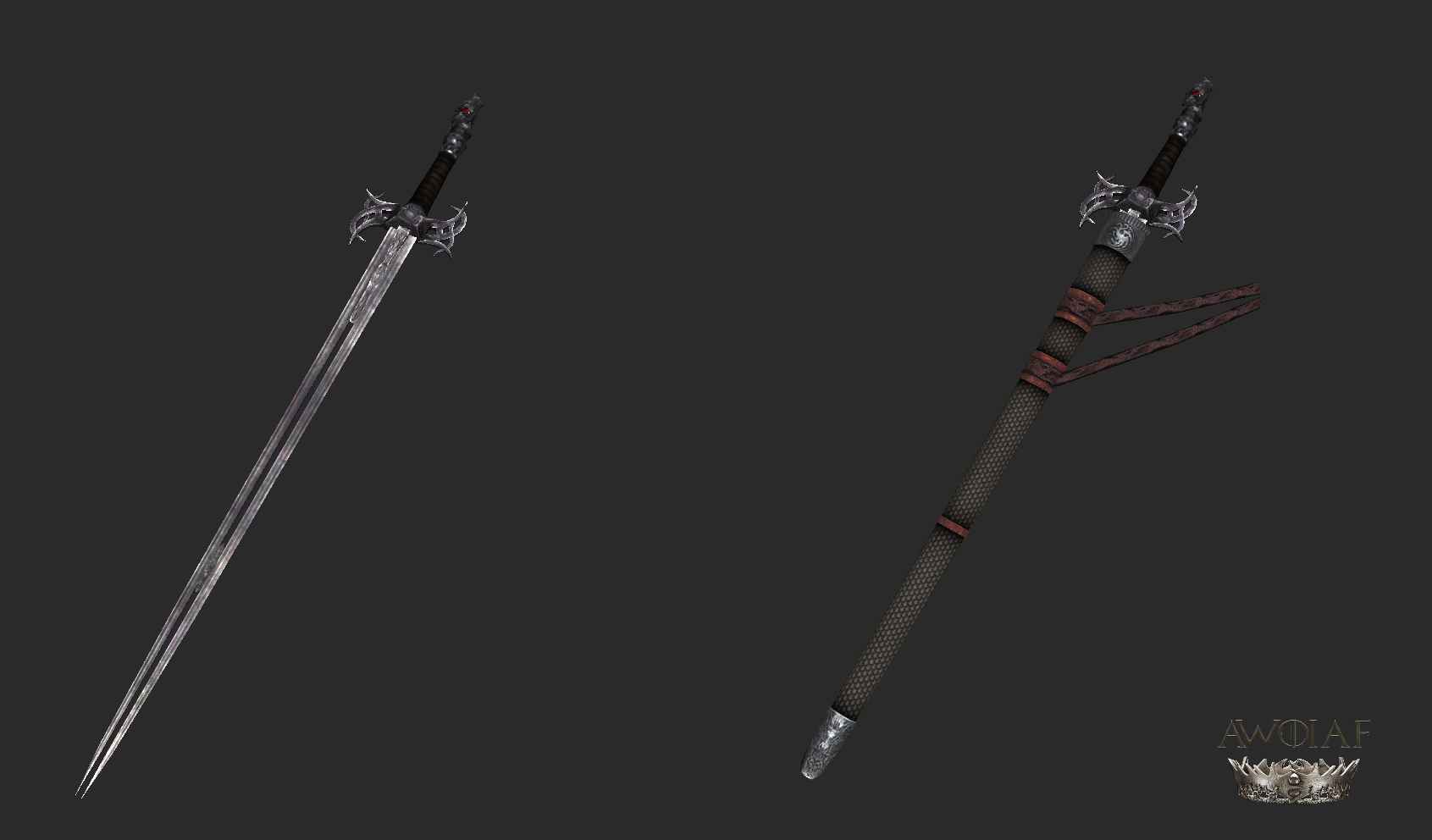 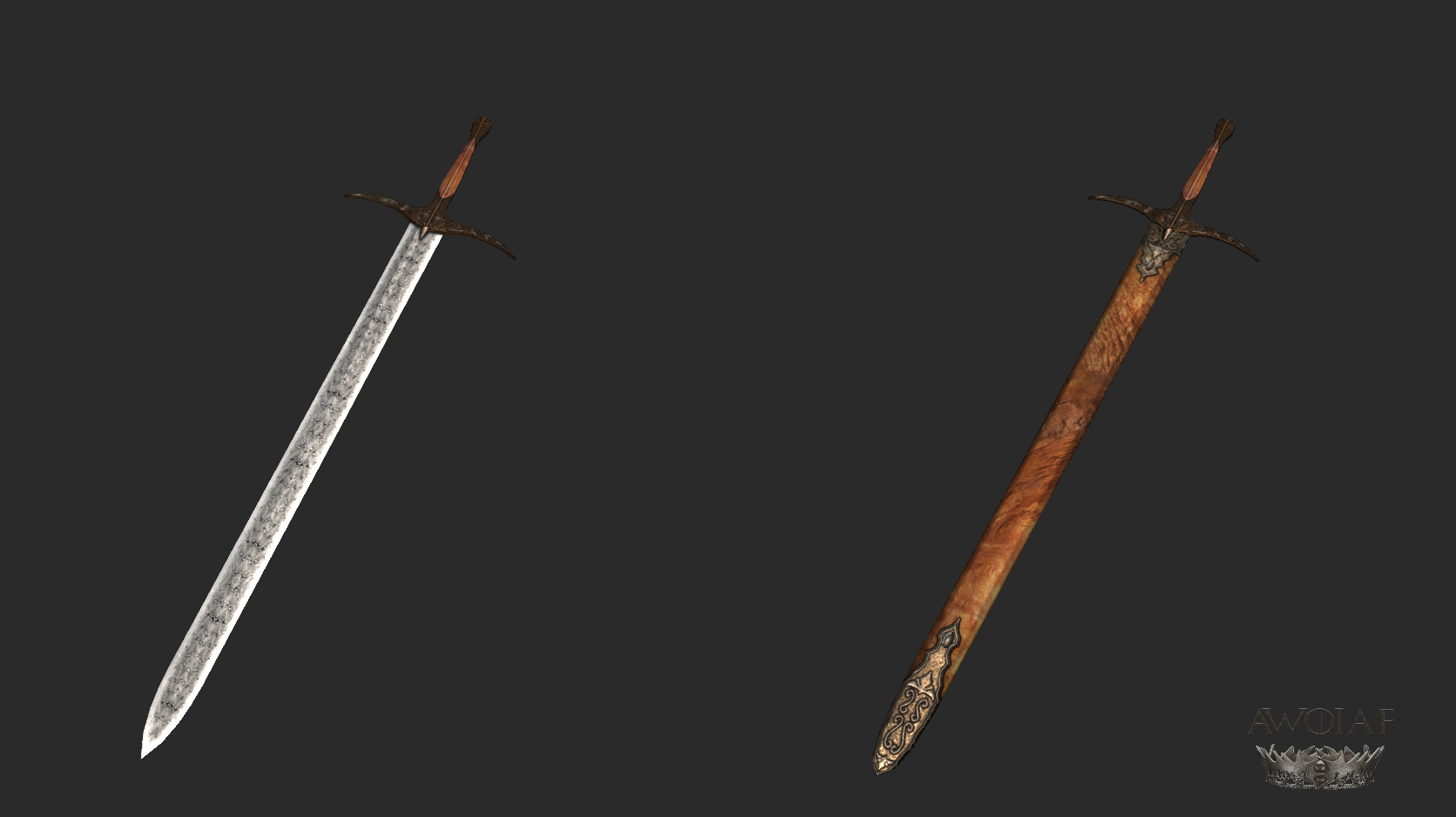 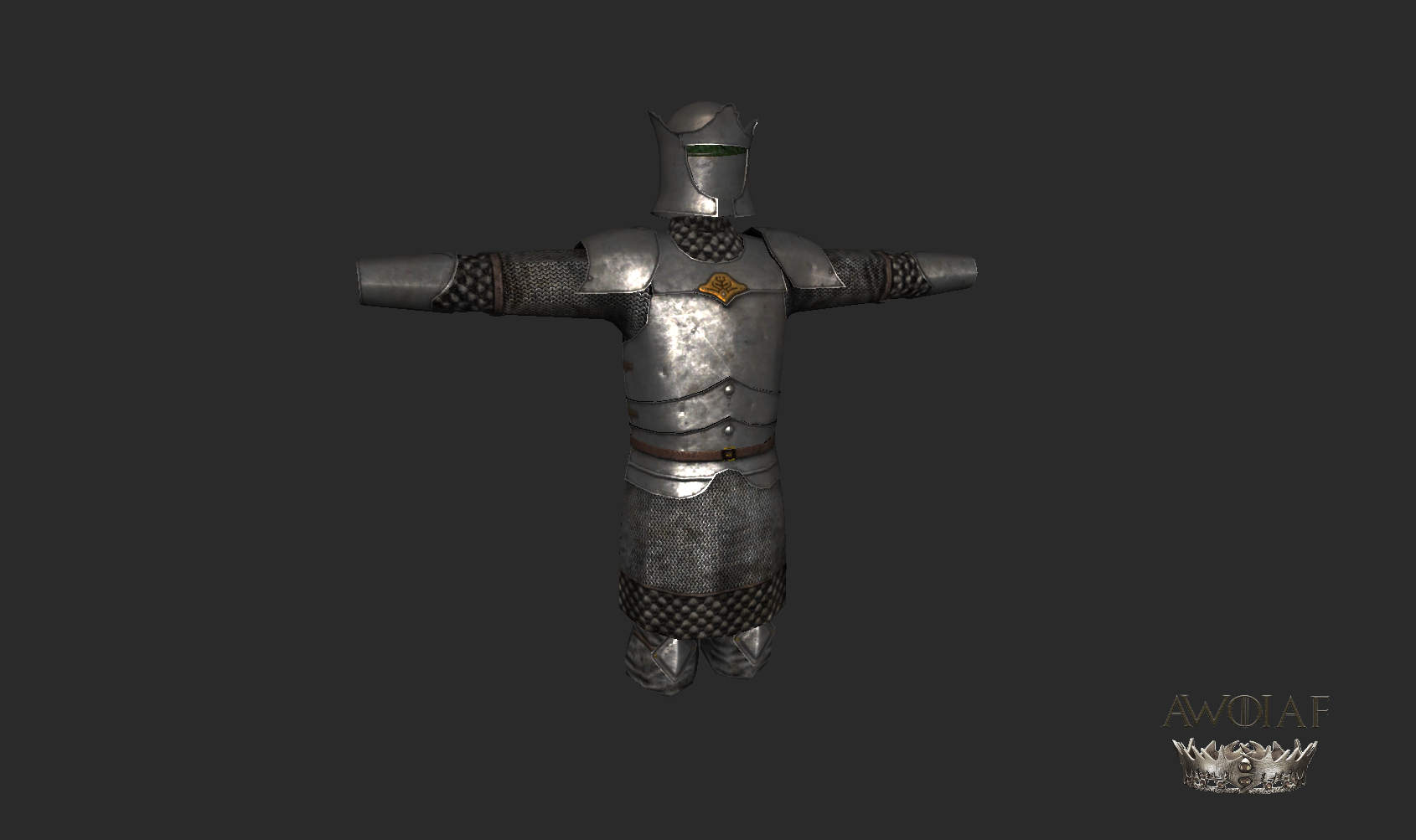 A World of Ice and Fire Lead Developer.

Honestly, I just think it would be better for us to have a totally polished and complete mod in a month instead of a 3/4 done mod in a week. You really should just ignore all of those impatient kids who keep begging for this version to be released asap. But whatever works for you.

Well, he never said the mod was unfinished. He just wants to reward the donators :)

He's been working on it since the last version. Months ago. It's coming along nicely

You know when a mod community isn't cancerous when a comment like this gets thumbs up rather than ******* off all the idiots getting angry when the modder doesn't post hourly updates.

Very talented developer and team and very nice community behind this awesome mod !

Hello Produno! I've seen the 2.0 version will be released shortly. That is why I want to thank you very much.
From changelog, however, I have not yet understood how the special and unique gear can be obtained from the owners (the usual example: Longclaw from Ser Mormont). Can I ask you some clarifications about it? Thanks so much.

You want Longclaw? Kill Ser Mormont and take it.

Jon has Longclaw but he's not an actual lord on the game he just is in Jeor Mormonts party. So I guess you somehow have to kill Jon? I really don't know.

There's no news like a good news! Made my morning and day mate :D

Guys keep doing what you are doing absolutely love this mod

I recently started playing your mod, and I wonder if the savegames will still works with the new version?

With amount of changed? Doubt it.

dude thak you for this awesome mod ...
I have a question/request please can u release a version with low textures for slow old laptops pleaaaaase
or if there any version out there with low textures can u give me the link

Produno hopes to release low-res version after the mod is finished.

It's just a shame how they punish you for killing a lord. I had like 30hrs of gameplay in this mod, I was a lord of The North, and we were at war with The Iron Islands, they kept capturing Greywatch and Flint's Finger all the time, so we get to capture Balon Greyjoy and I make him my prisoner and I decide to execute him, for obvious reasons. But I didn't know that the rest of the world and my own faction was gonna hate me a little more, until after I raid a village and decide to sell my goods in The Reach and I was intercepted by Lord Hightower. It actually makes no sense that I lose relations with The North that were dying by the Ironborn, and the rest of the lords who doesn't care about the war we had. Now I can't get out of the north, and I don't understand why it makes sense. BALON GREYJOY WAS A TRAITOR AND KILLING HIM GAVE MORE RELIEF THAN A THOUSAND LYING WHORES.

Don't you think Ice is a bit too thicc?

Is there ever going to be a option where you can disable weapon breaking and injuries for those who don't like to play with those?

Will it be save game compatible ????

Will you be adding more banenrs?

Great Job Produno! Maybe we could get the awesome armors of that respectable house by winning a tournament at the respectable city or town of that house. And a bit more variety of banners would be really appreciated. Other than that great job!!

Amazing ! I play all the version of this mod, and I'm really happy too saw him grow stronger every day ! I love the new burgonet for Dragonstone, I'm a fellow Stannermen so big up for you !
I just hope in the 2.0 we could have more "elite" or "special" troop, like Karstark/Bolton soldier etc, for every faction, so fare Stannis have just the Queen's man, but you can hade the King's Man who still follow the seven.
The Reach/Westerlands/Stormlands/Riverlands/Vale have nothing or very few, excepte the Lannisport soldier. For the Riverlands maybe the Bracken cavalry & Blackwood Archer, The Vale could have Runestone Knight and Bloodgate Guard, I just drop some idea because I really love your mod, and I'm very glad, that the graphism/quality of the model & texture get better ! Keep going, great job !

will the siege system be improved this time? as the previous system, it's been a bit on the unbalanced side

So... No cheatmenu? Or just no item finder?

Great work. Playing for years. I hate to give you the **** sandwich by following gratitude with a 'but," but, I've done the the rags to riches story plot line God knows how many times in all sorts of games. The cheat menu allows for a greater diversification for RPG immersion and replay ability. I barely get the time to play at all and I simply do not have the time to grind out another Cinderella story. This time around I would like to be some what established like the main characters at the start of the story so one can not feel like an onlooker for the first few hundred days. So, there's my request, allow a long time player to enjoy what little time he has to play his favorite game in the most enjoyable fashion possible by keeping the cheat menu available. Thank you.

The cheat menu is still there. You can still import your character and cheat some money to get some good gear at the nearest armoury.

That's a bummer. I've played hundreds upon hundreds of hours of Warband and its various mods. This is easily one of the best modifications available. And this is just an impediment to enjoying it. Having access to itemfinder takes the sting out of having to start a new game and lose all progress every time a mod is updated.

Warband is a great game, but the loot/merchant system is terrible. Sure, I can cheat some money and go to the merchants. But I don't want to have to camp for 300+ days just to find the sword and armor I'm looking for. Especially when I've reached the point at which I'm running my own kingdom/fighting six wars. Hell, you still have to pay for the items you grab out of itemfinder. As lord of a castle or a town, shouldn't I be able to commission some armor, or a sword for a fair price?

I realize an item "forging"/requesting feature would take some work, if it were even possible. I'm not asking for a big new feature. Which is why I like having the full range of the game's existing features available, cheats debugs and all. As a modder, I would think you could understand that. I also, like many others, mod and customize the playthroughs I'm on for personal use. I really dislike the idea of this mod boxing out the player so we no longer have control on our side. Removing itemfinder is an impediment to anyone who mods their own game. I use Morgh's editor to tweak and balance mods, including this one. Having access to itemfinder makes that process infinitely easier. I'd much rather edit my own game in peace than be relegated to coming here and whining ineffectually about how I want the items to be balanced.

I know you're gonna do what you want with your mod, and I'm sure you already thought this through, but I had to throw in my two cents. This really dampens my enthusiasm for an update that until this moment had me reaching towards my wallet for donations.

That's definitely fair. Find item is almost a spoiler in a way. Awesome. Excited. Don't forget to hook up that lumber though. lol.

it causes a lot of bugs and crashes the game.

Has animations been added for the lance banners/battle banners? I really hope so and as always, this mod is better than ACOK.

Go to Varys in Kings Landing and do his quests. After 3rd one you get the armor. When you finish the 5th quest the countdown for Targaryen invasion starts.

Where we can get Arthur's Dayne armour? i mean targ soldier armour i guess... with varys quest we get Aegons Armour

Bloody miss my cheats, the gain right to rule and renown don't care about the find item cheat though

How do i trigger the white walker invasion?

get object for manface_young failed.
sooo irritating. after downloaing all the mods it does not work.

Fantasy, awoiaf, a world of ice and fire, game of thrones, got, Single-Player, RPG