Post news RSS A World of Ice and Fire v1.0

Information regarding the release of A World of Ice and Fire v1.0.

The patch can be acquired below. A new game will need to be started. Just extract the contents over your v1.0 folder overwriting everything it asks.

Changelog can be found @ Aworldoficeandfire.co.uk

I'm extremely pleased to release the first complete version of AWoIaF finally out of it's beta phase. I will say however, this does not mean it's the final version, meaning no more updates. More content will come containing bug fixes and improvements, but I do consider this now to be feature complete. 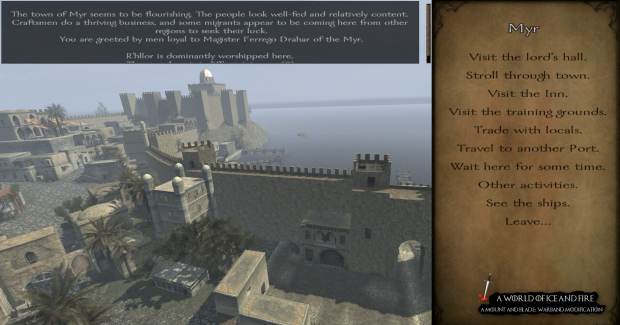 The changelog for this release is pretty massive and can be seen below. 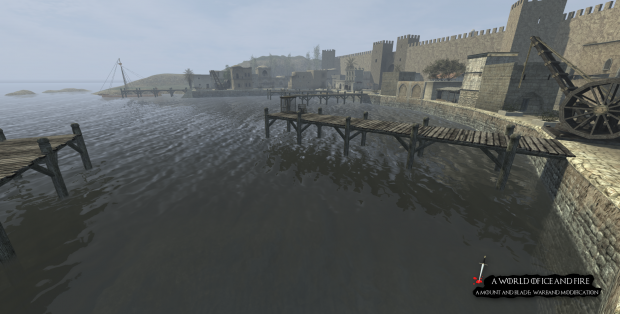 A huge thanks to everyone that has helped out thus far, anyone that has donated, created assets, scenes and helped bug fix the dev and beta builds. Also a big thanks to the guys on the VC team for not only creating some of the awesome code I have used but for also allowing others to make use of it. 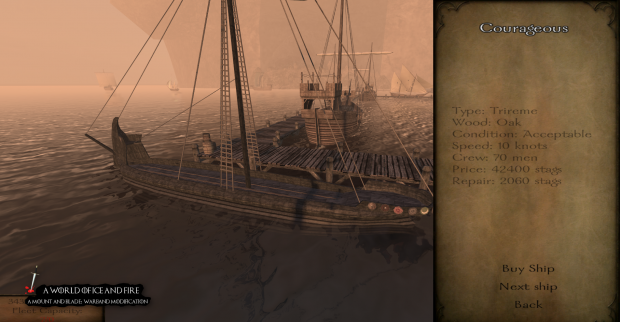 As usual please post any bugs or suggestion over at our forums: www.aworldoficeandfire.co.uk/Forums

Eager to wait! The hype!!

How is your play through for this version?

Seriously been looking forward to playing the alpha for so long. Can't wait for the download to finish up!

uhhh found a bug... I joined the North but after we defeated some westerland lords, jon umber is following me, as if I am an enemy... :S

Don't forget to post any bugs on our forums with as much info as possible, inc any screenshots if possible. I aim to fix them all for v1.1

Is Jorah Mormont in this as a companion? I am loving how there is more troops and more places to go to, thank you so much for the time you and the team has put into this mod, if I was rich I would donate a lot of money, but dont work atm anymore :(

Any interest in putting this on the Steam Workshop?

Is there still a size limit? If not then I shall look into it.

I made this account just so I can tell you how much of an amazing job you have done on this mod. It feels more like a professionally done game than a mod and blows every other Game of Thrones type mods or games out there. This has got to be one f the greatest mods ever made. There are a few things I am a little unsure of. One is I have no Idea how to become king of the seven kingdoms and another is if Jon Snow plays any big role or if he is just a lord of the nights watch. Anyways thanks so much for the hard work and dedication on this mod. <3

Thanks for the kind words. I'm glad to see so many people enjoying the work that's gone into this. A lot of the mechanics are from VC, so if you like them here, you should definitely go check out Viking Conquest.

For your questions:
You need to own Kings Landing and you will be crowned King of the Seven Kingdoms. Jon Snow is just a companion of the nights watch, nothing special unfortunately.

Would it be possible, to make Jon Snow in an event that when the wall is take by the wildlings or white walkers, he can be like Kelekut and be an event to be a companion? If this is possible, could you make this for other special companions as well? Would add to the lore I think :)

Hello, for what version of the game is this mod? Great job anyways

Hello. So, I made my own settlement in the game, which is awesome, but I am having trouble finding timber pallets so I can upgrade it. Is there any specific place I have to go?

Also, is there a way to create our own Kingsguard, when we become King/Queen of the Iron Throne?

It's possible to see Daenerys in the Game?

Hmm this is strange roose bolton is trying to besige orkmont harbour.

Are you sure he is not besieging the castle next to it?

Hey guys.. author.. something strange occurred to me when I started the game..first its dark.. dull colors.. and the plants in the field when I enter a battle or a town is big white ghost shape things that obstruct the vision.. the beta didnt have those problems with me..

Set grass shadows to high or lower grass density to 0

Thanks for the great mod man!

How do you get the white walker invasion is it from a quest, random event, time triggered or is it a location? P.M. me as to not spoil it for everyone else.

Hi, so i assume you need the viking conquest expansion for this mod? As some of the features look very similar.

No you don't need the VC expansion to play, but supporting them also would not be a bad thing :). Plus VC is very fun to play.

The terrain at beta 9.9 was a lot better than this , i am not playing last version because of really bad map terrain....

You mean you prefer the jagged, hilly small random maps of native?

How do you get timber? I've been playing for a couple hours and I've only found one timber pallet

where did you find it at?

Try to search in villages (with cheat-teleport it will be faster). But anyway it takes so many time.

I think this can be some kind of bug, cuz timber made from forrest and we all know well - forrest is everywhere!

1 timber at shipbreaker at the stormlands

so.. I have been scouting around and found a dialogue with Lord Gerold of the vale.. about "famous weapons of the world", when I ask him, he just says that I have to "find them", any idea what weapons he is talking about and where to find them ??

hi i have a few questions
1 varys quest is bugged for someone else?
2 where i can find daenyris its seems to be a quest with her
3 when white walkers and targaryen invades? im in 500 and nothing happend
4 its posible but dificult to marry sansa stark catylin and even arya LOL but im lord of bravos qohor tyrosh and i exterminate volantis and have all there lords but even now nonbody recognice me as king when i send an emisary with high lvl of persuacion. to marry sansa i complete all the quest of the north and send some gifts to theirking with that sansa apeers in winterfell and with some gifts to her and poetry with 100 relacionship she will agree to scape with you.
thanks for your time my english its not so good but i try my best greetings from chile!

When is the white walker invasion suppose to happen

hi anybody knows how to start the wights invasion or targaryen? thanks! and there is a bug, the carabans and some lords are bugged in the sea close to sunspear and gulltown they only travel in circules and dont go when they have to go :C any other with this problem?

release, news, awoiaf, acok, a world of ice and fire