Post news RSS A World of Ice and Fire v1 2

Information regarding the release of A World of Ice and Fire 1.2 Warband modification.

AWoIaF 1.2 has now been released. It contains many bug fixes and improvements. Unfortunately due to the amount of changes it is not save game compatible. 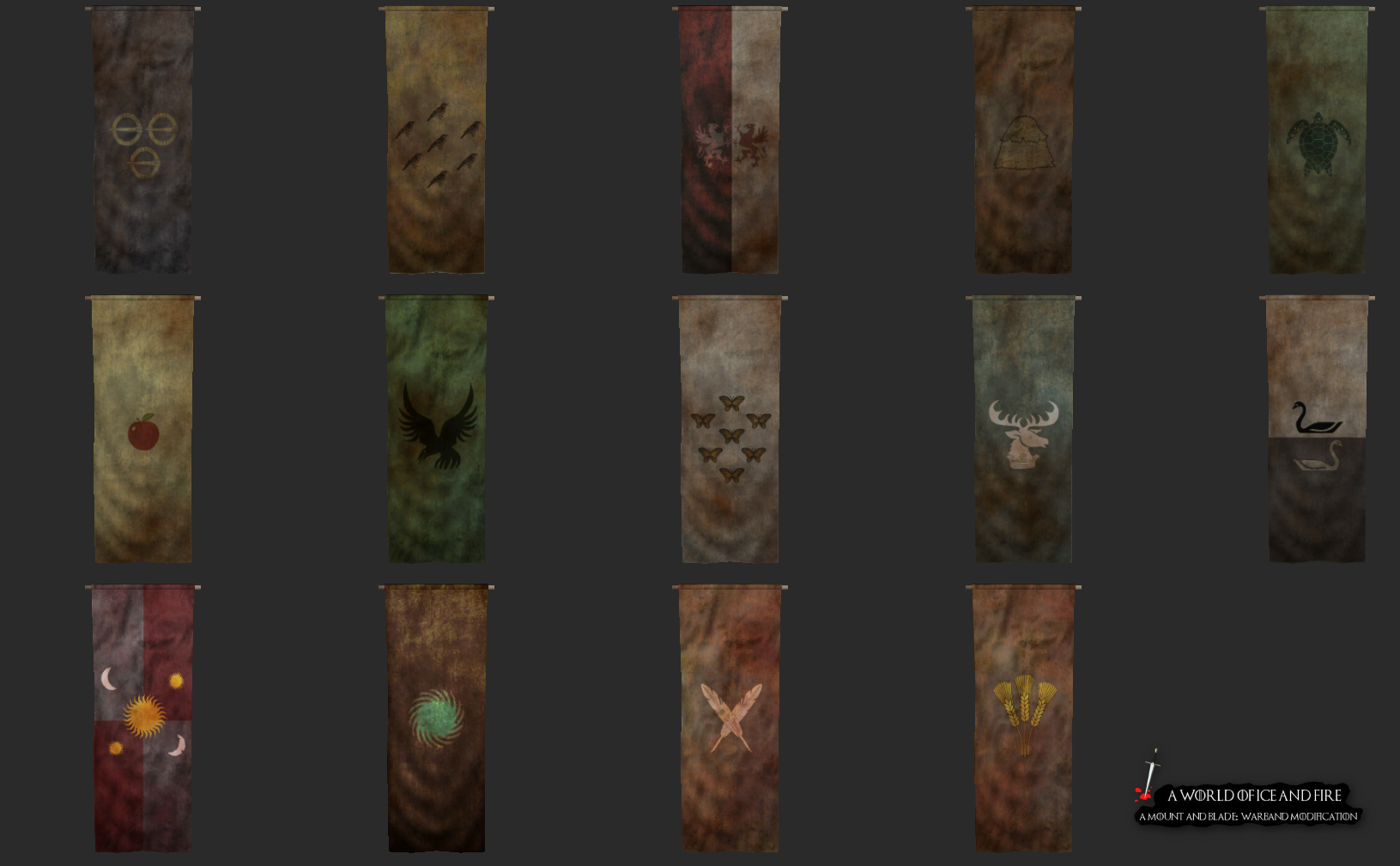 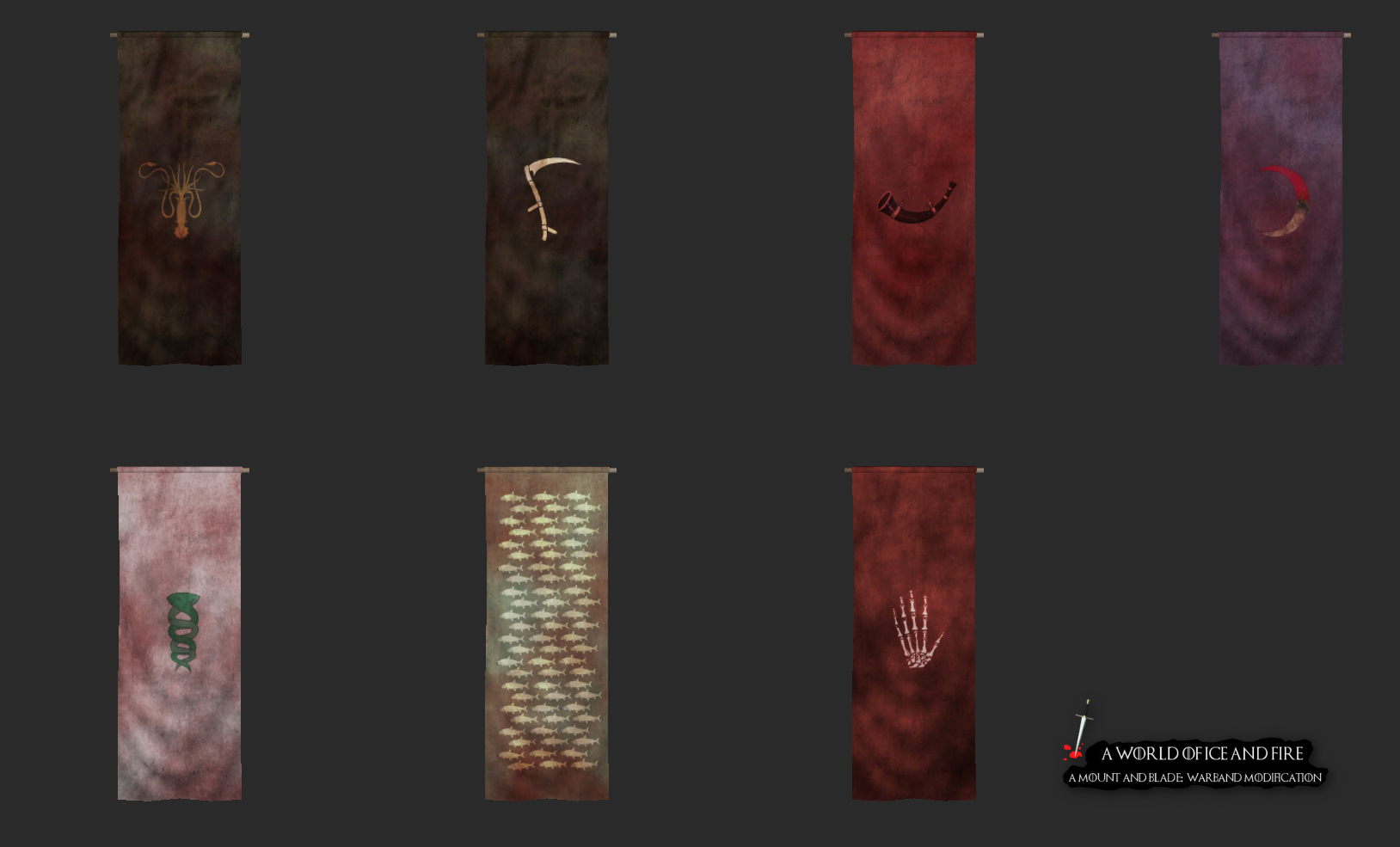 Please feel free to check out the music in the mod.

Here's a small teaser for v2.0 which will possibly drop around July time.

Don't forget as usual to visit our forums should you have any issues. @www.aworldoficeandfire.co.uk/Forums

Awesome! I love the continuous support this mod is getting! I am curious about this line: "Fixed not getting prisoners after battle." I was having a lot of trouble capturing the spies for Varys's quest; would this be resolved now?

Will you be adding more detail to the map? As it stands it seems pretty barren

Well damn...i installed recently the previous version and was starting to play it! now what? xD Damn you!

is the music fixed for this new release, because I know you implemented more music into the mod, but when I played, it was basically the old songs playing all the time

You sure you installed it correctly? All the old songs (except for one) had been removed from the files.

yeah, im in the North and it just plays the dun dun dunn dun dun dun - flute music.. Maybe I'm doing it wrong, but when should I hear the music from youtube in the game?

The North is the north. A quiet, cold place

That's a lot of work you did there. Great job. Daenerys' outfit is looking sweet.

Great work! I really like the atmosphere you created.
But please focus more on adding more castles/villages and armors/weapons. The map feels quite empty, especially in Essos. Some armors look too simple and generally there is a poor choice of them.

Did you make it so it doesn't take as long to upgrade troops? Since before it took a long *** time to upgrade anyone.

The best way to get an army is to rescue prisoners.

Anyone know how to seduce a companion? Doesn't seem to be working although I got relationship up to max.

besieging king's landing still have a bug.
cannot walk around city to kill the enemy, its something blocking my way, seems like invincible wall.
is there another way how to get there?

How come it takes forever to upgrade my men, I have 10 in training and they cost so much. While other lords this doesn't seem to affect them :(

I've been running around North of the Wall for about a month of in game time and the Land of Always Winter quest won't do anything. Am I doing something wrong?

Try going to the land very west of the North left of Theen ( or the farthest wildling camp) You'll see a location go there first and then go very west, you'll see something. Saying this to avoid spoilers

To be more specific I've tried bringing up the cheat menu in the camp setting and no option shows up for it with the new update, also no option in the reports tab to increase your right to rule.

where do i fine the second suns and the stormcrows

Is there any way to get to the iron islands without own shop..i don't mean pyke i mean the surrounding isles to recruit troops...the ferry near seagard takes you only to ten yowers island...there is no way to get to wyk