An update of the mod situation after a week: new problems emerged!

Almost 20 hours of work in, and the mod is already playable and fun!

I've lost countless hours trying to remove the texture from the maps (to make them white and plain, like in SUPERHOT), and many tries later, I've reached this result: 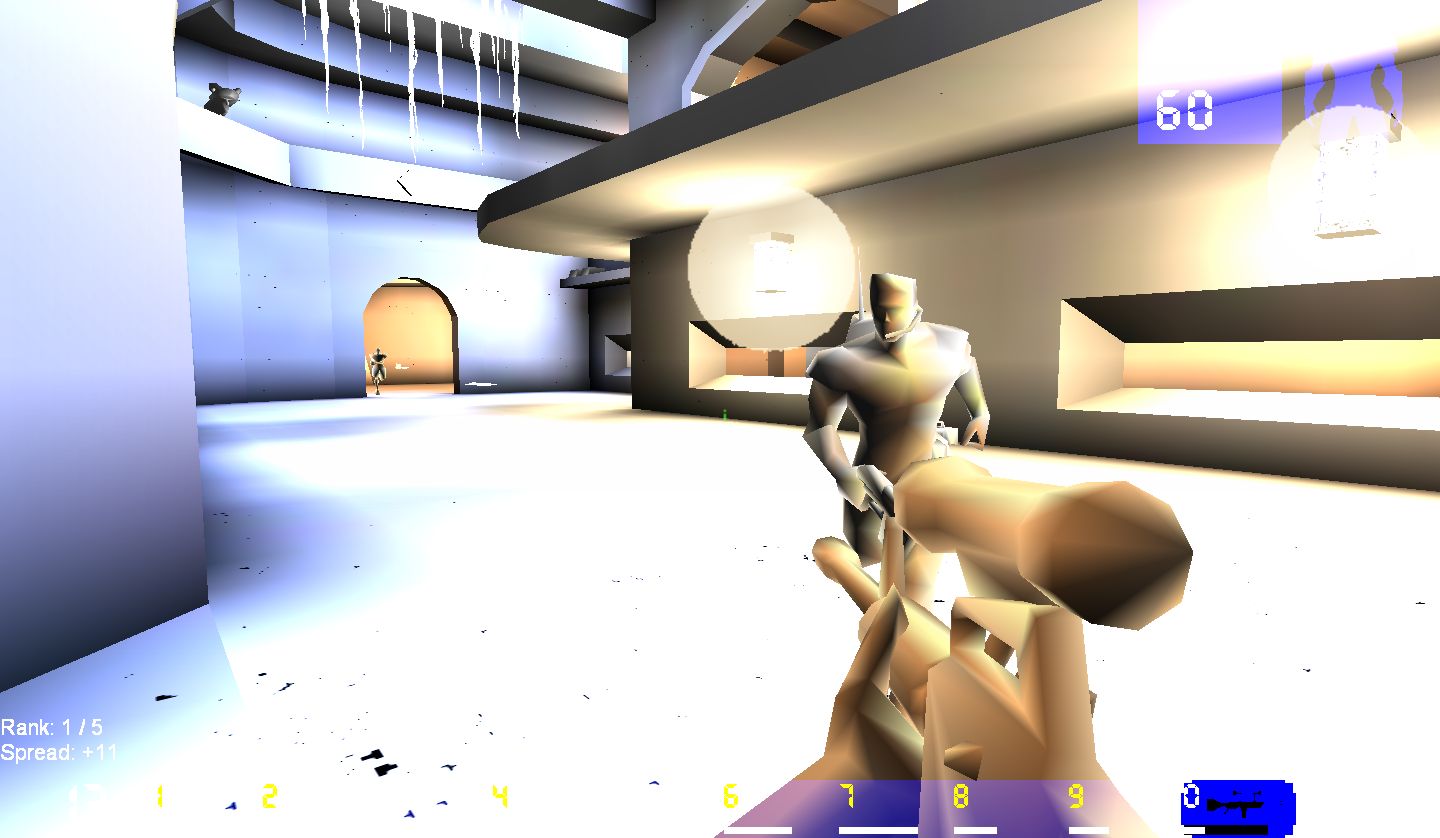 Unfortunately, this solution actually removed/temporarily corrupted ALL TEXTURES in game, so everything would look white, and even the game menu would look weird.

I've also "found a way" (thanks to schwap from UT99 forum) to tint the level with a color (as can be seen in the video I uploaded in the weekend), but since I can't tint them white (as it's transparent for that purpose), I decided to remove it for now and postpone this idea. I'll only try this again after everything else is done, to avoid losing time with an unecessary feature.

This way, the projectiles become almost stopped when you stop, much like happens in SUPERHOT. Of couse, by doing this, I've basically put multiplayer off the table completely, as I believe such velocity changes constantly would cause desyncs or lag, so I won't even consider making it work online.

But this brings other problems as well, such as falling players and falling projectiles, mainly, which are affected by level gravity, so they tend to accelerate towards gravity even if I tell them to slow down a lot.

If I change the level gravity (already tried it) to avoid this, bots may reach higher places when jumping during low time dilatations, or survive when falling from high altitutes, and of course, high momentum damages would make them go much farther than they should. So, a no no.

I also tried resetting the Z-axis movement (up/down) even more then time "stops", but still, it looks like the gravity itself has its own tickrate, and manages to bring projectiles down.

I've currently made a way to reduce this effect as most as possible manually, but looks a little weird and bugs a little the actual falling projectile movement when time slows down. Doesn't harm the game too much, but it's not ideal, but still, works.

For now, the priority is weapon replacement. I already had replaced all the "bullet weapons" before (Enforcer, MiniGun and Sniper Rifle), made a projectile of bullet for them. I've managed to improve the trail placed on them. Sometimes it looks a little off, but works fine in general.

So, I've developed a trail system for a few projectiles that spawns many fading red dots in succession. Looks really nice, and actually reminds a little of that grenade trail in Quake 1 from the grenade launcher!

I'm keeping the original game balance, so I'm not messing with damage values or anything, just changing the weapons to use my projectile versions to work better with the time dilatation mechanic, and of course, painting them black and adding a red trail to them!

I'll proceed to replace all weapons, and I'll try to record a new video for the weekend.