The Grey Jedi Order has risen once more, like a phoenix from its ashes to once more take its mighty place in the galaxy. The Grey Jedi Jester started to train many potential Force wielders with funding from the Supreme Commander of the Pentastar Alignment in the deepest secret.

The Grey Jedi Order has risen once more, like a phoenix from its ashes to once more take its mighty place in the galaxy. The Grey Jedi Jester started to train many potential Force wielders with funding from the Supreme Commander of the Pentastar Alignment in the deepest secret.

The Grey Jedi Order operates from their Temple Far Dawn on a classified location.

The Order of Grey Jedi is divided into two streams, both of strength, mental and physical. The streams are again divided into paths, these paths are the Path of the Sword, the Spirit, the Stalwart and Balance. When an Initiate takes his first step into becoming a Grey Jedi, the option of Sword or Spirit stand before him, upon completion of this, the Grey Jedi can choose to continue his studies and follow the path of the Stalwart or that of Balance and gain great rank among the Order.


Path of the Sword

Initiates choosing this path learn about the Lightsaber and how to use it in battle with great power, their ability to command the Force to do terrible acts of destruction is magnificent and only matched by their mastery of healing and restoration. Besides these usual tenets, study of battle and war is present as those following the way of the Sword will become Commanders in the Pentastar Enforcers Corps. 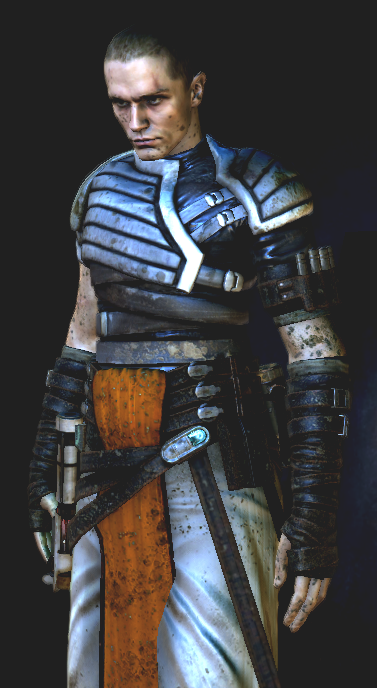 The Grey Jedi Blade, is a student who has just started to learn in the ways of the Force and has taken his first steps on his way to become a Grey Jedi. Blades keep their focus on learning the art of Lightsaber combat and war.

Blades are required to visit Crystal caves alone with nothing but a practice Vibrosword, they will then find their matching Crystal and use it to construct their Lightsaber, it does happen on rare occasion that an Blade will have a White, Black or Yellow Crystal but most have Blue, Green, Red or Purple.

Other then constructing their Lightsaber, they must create their own set of battle armor. These can be scrapped from battlefields they visited or customized from old armor parts found in Temples. 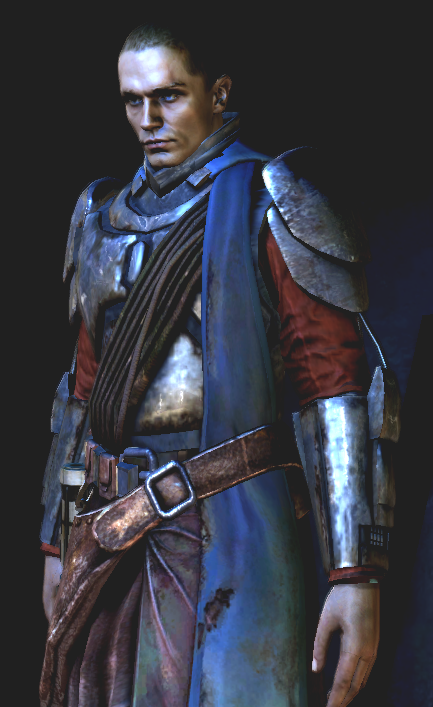 Knights some of the most common classes of the Grey Jedi Order, their tasks vary from battle to peacekeeping and negotiating. The Knight receives Force training in the direction of healing and restoration along with destruction and death and the Lightsaber skills of Knights, focus on heavy attacks.

They make for excellent commanders and fighters in their own right.

Path of the Spirit

If an Initiate chooses to follow the Path of the Spirit, he will learn how to move himself and his Lightsaber with great speed and use the Force to amplify this even further. The way of the Spirit teaches the arts of speed and precision at first, espionage and sabotage follow shortly and manipulation and deception are the last to be taught. Those who follow this path, help safeguard the Pentastar Alignment from the darkness. 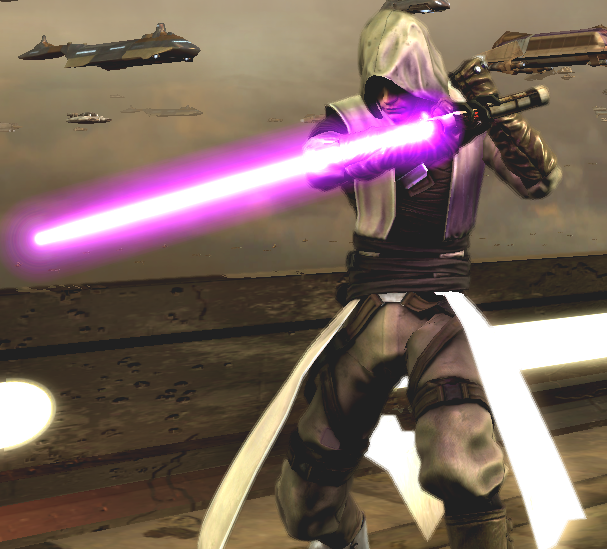 The Scout acts as the eyes and ears of the Grey Jedi, they are swift and have mastered or are mastering skills that will allow them to be the fastest Grey Jedi class of the Order. The task of the Scout is to make sure nothing surprises the others of their Order and to have all information needed for its survival.

They also use their Lightsaber with great speed and precision. When it comes to information they hold all the keys and know everything there is to know.

This makes the Grey Jedi Scout somewhat similar Supreme Security Council Agents, save for the fact that the Scout relies on his Force ability instead of armor. 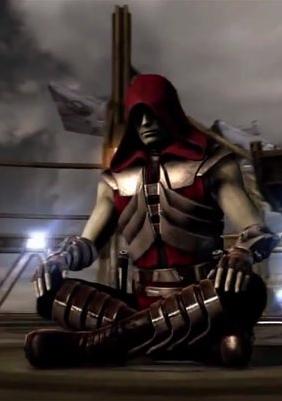 The Grey Jedi Shadow are former Scouts who have gained sufficient experience and training to become masters of stealth and deception whilst still retaining their previous power over speed.

With speed and stealth the Shadow is able to uncover the deepest secrets of the enemies of the Order and able to silence them without warning using a honed mastery of deception.

Few ever discover a Shadow’s presence, not even when its too late.

They are rarely seen in public at all, in Temples they have their own private areas which is where they spend most of their time when not on mission assigned to them by the Order.

Path of the Stalwart

Those Grey Jedi who complete their Paths may choose to become the guardians of their Order and its glory, Protectors patrol the Temples and safeguard important members in the Pentastar Alignment with great zeal. They recount and keep the lore and history of the galaxy and are fierce fighters when their home is under threat. 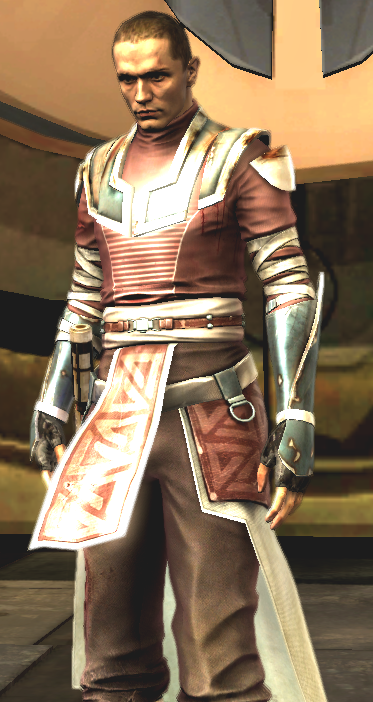 Protectors can only be found in Temples or around the Supreme Commander, their sole purpose is to protect and as such their skill and mastery of the Force are focused in those areas, its also not uncommon for a Protector to be highly skilled in healing as opposed to destructive powers.

Their skills with a Lightsaber are highly progressed and they are even a match for a Knight, a Protector can even protect against a squad of blaster wielding infantry if conditions are favorable.

Most of their time is spent on keeping the Lore and recounting the history of the galaxy and the Order or advising younger and lower ranking Grey Jedi.

The last of the great Paths leads to total balance in the Force and the ability to harness both Light and Dark in total harmony. Skill with the Lightsaber is unequalled and mastery of the Force unprecedented among the individuals who complete the Path of Balance. 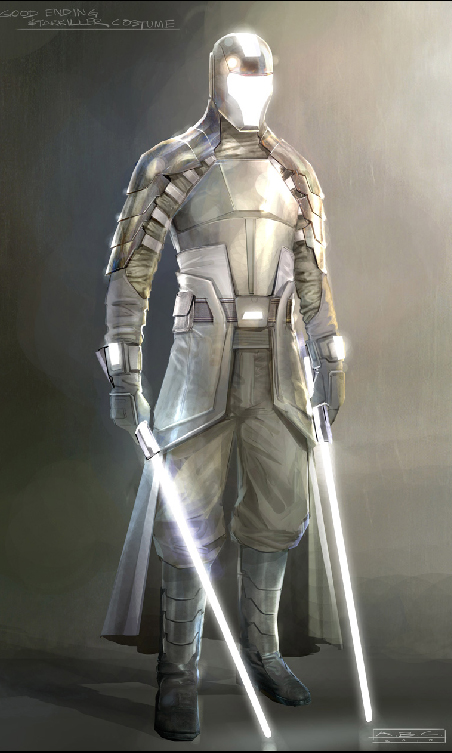 The final step of the journeys of both Knight and Shadow, it is the path of the Paladin, they are absolutely the rarest variation of Grey Jedi and are treated with the utmost respect and awe.

Paladins have struck a perfect balance between Light and Dark and can use both to their gain without any fear, they are calm and extremely focused to an extent that its nearly impossible to break a Paladin’s concentration.

In battle they wear highly advanced armor that will not hinder them in any way and enhance their skill.
It has a personal shield and is layered with Cortosis along with other precious material to make Paladins very effective as a fighting force.

Paladins wield two white Lightsabers exclusively and are experts in Lightsaber combat, able to overpower even the strongest of enemies.

Their command of the Force is unequalled as they are not slaved to either the Dark Side or the Light Side, many Paladins can use a light form of Battle Meditation which does just as much to boost morale as their mere presence does.

Expectable, it is not often one will see a Paladin or in great numbers. They spend their time at the side of the Supreme Commander, the Promethean, at their Temples or aboard flagships of the Pentastar Alignment. 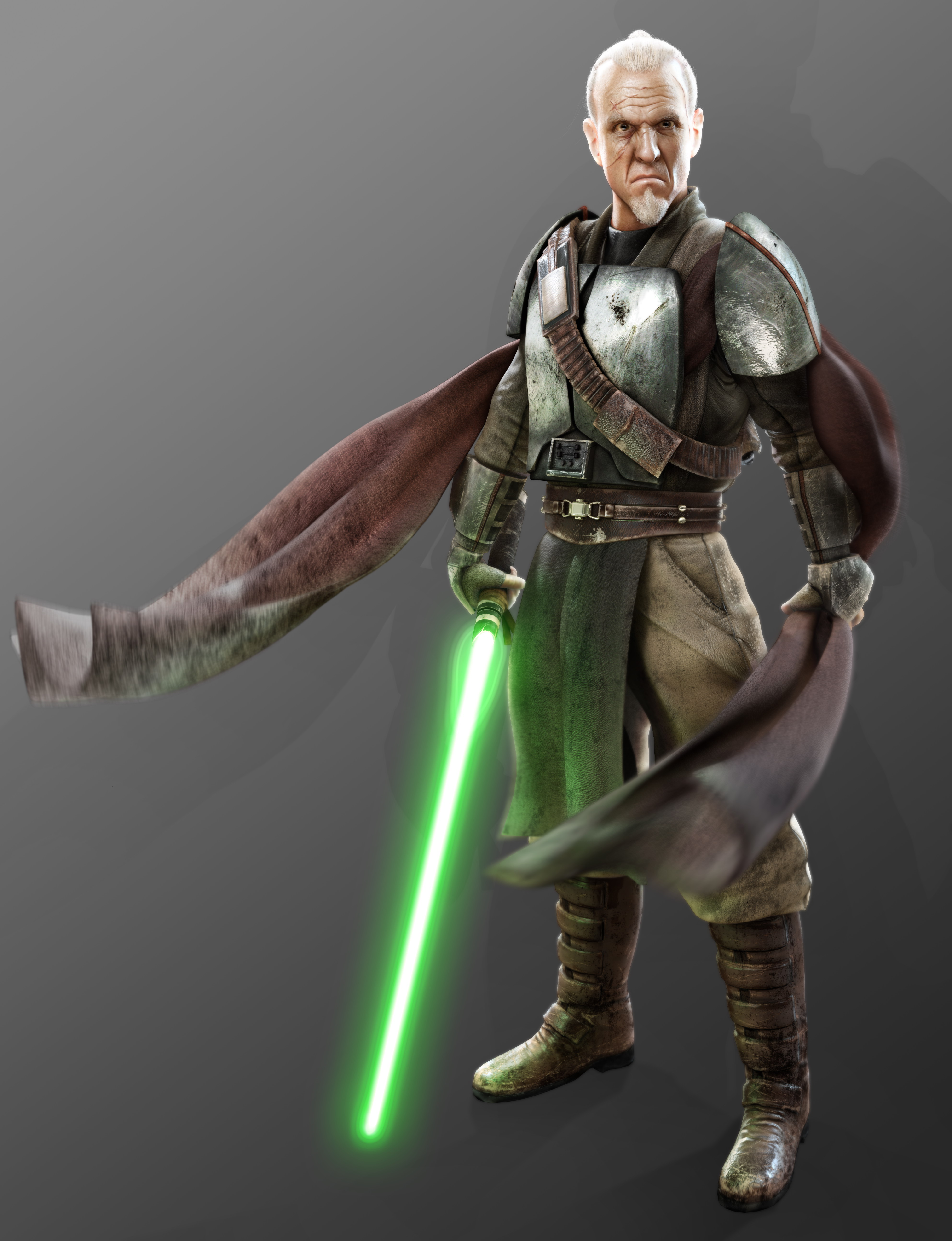 Only the most experienced, powerful, wise and intelligent Grey Jedi can hope to one day become Prometheans, a Promethean is the living embodiment of balance in the Force or so the saying goes.

Extremely gifted with the Force, the Promethean is the unquestioned leader of the Grey Jedi Order and commands it along its path.

In battle a Promethean is without equal, its Lightsaber mastery and command of the Force allow the Promethean to decide the outcome of battle single-handedly and immediately, it is then not a surprise that many compare a Promethean to God-like figures and legends of old.

For the power of a Promethean is what one expects to find in myths.

The presence of a Promethean spells great events are unfolding.

Pretty awesome. I was wondering what this article was. Though I feel left out...

Thanks.
Its a test article I use for stuff.