Our composer Pablo Vega continues a series of developer diaries for AVWW, and we chat with Rock, Paper, Shotgun and BigDownload about the game.

A New Look Into Old Sounds
It’s been argued that there is no such thing as “original” music anymore. That everything you hear on the radio, films, games, commercials, musicals… all of it is just a recycled revision of something already written. This copycat theory is incredibly troubling for me as a composer because I’ve dedicated my life to writing, and because I know that no one wants to hear “Pablo Vega’s version of Koji Kondo” when they could just listen to the master himself. People are constantly looking for a new original sound, and it’s the very thing that I and all other composers strive for every second of our lives. In essence, we want to play God to music. We want to be the originators of something so unique that people will recognize it as if it were a brand. I will be the first to admit that a lot of times when I listen back to finished pieces I think to myself “that melody in the first section sounds a lot like the Shadowland theme from the Lion King!” or “the bouncy rhythm in this intro reminds me of the ‘Discombobulate’ theme from the Sherlock Holmes soundtrack…” (Fantastic score by the way. Listen to it when you get a chance; Hanz Zimmer has a quirky side!)

With this logic, it’s very easy to think that all composers are frauds or plagiarists. I’d like to think, however, that all those musical thoughts and sounds that come to my head daily are not necessarily the regurgitation of something great that came before, but rather an inspired collection of new ideas.

The soundtrack for A Valley Without Wind is by far the most challenging one I’ve worked on. To explain this a bit more, I’m going to talk a little about how I got started with Arcen Games musically. 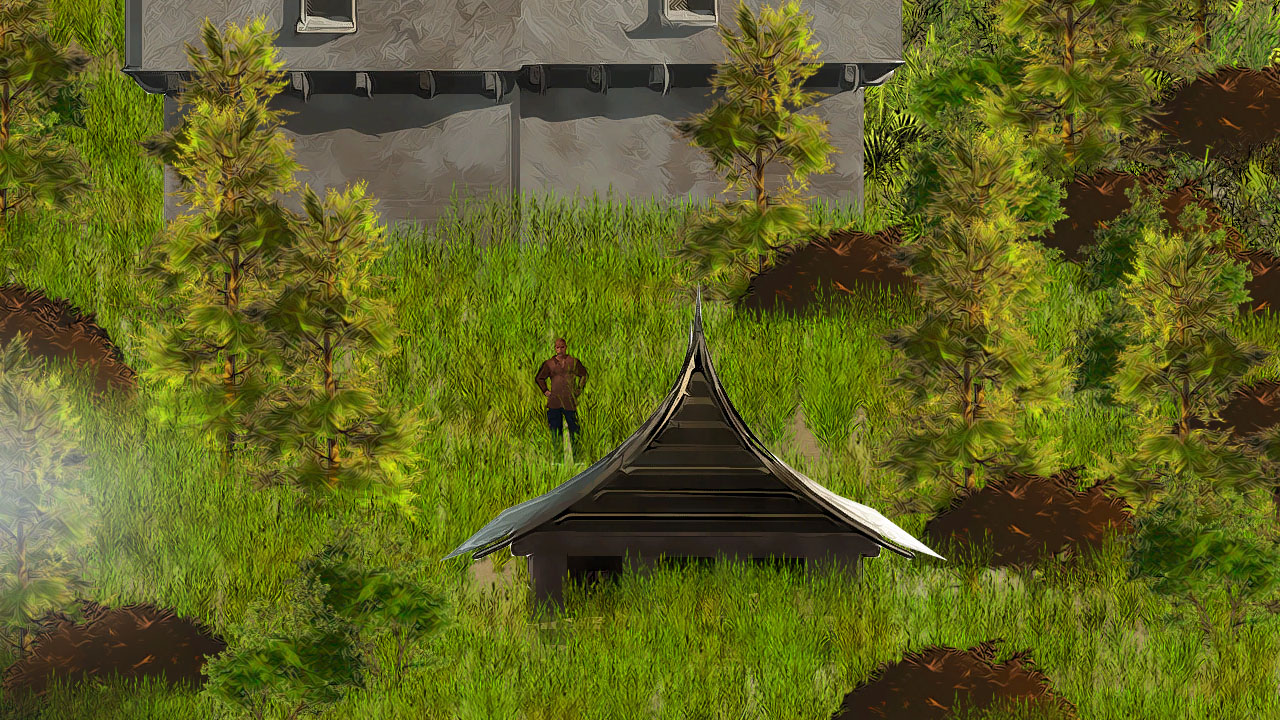 When Chris asked me to come on board and compose the soundtrack for the original AI War: Fleet Command, I was both excited and a little scared. Being only a year out of college, I got the opportunity of a lifetime that many composers don’t come across for years. Even though I majored in music composition and had been writing music since I was in 8th grade, getting on board with a project of this magnitude was incredibly intimidating. Not to mention I’d only really had one semester of studio/recording training with ProTools.

About a week into the project, I had a moment where I hit a brick wall. I was very quickly humbled and realized that I was in over my head thinking that I could score a video game soundtrack. All the composition classes, lessons, and training didn’t quite prepare me enough for this. Now, that is not to demean the study of composition, because in a heartbeat I can whip out an original, solid work; tailoring music to a video game is a completely different beast.

What to do… what to do? Well... I could throw in the towel, or I could think back to some of my composition lessons and see if there was anything I could use for assistance. Besides the obvious tools to create themes and motifs, I remembered one thing that my teachers would have us do religiously… RESEARCH. Why hadn’t I thought about this before? Especially when the tools are right in front of me. For the next month, I did nothing but listen to game soundtracks, play video games, and slowly got inspired to create my first real work. The first few drafts of the AI War theme finally got on their way, and I was starting to get even more excited about what I was doing. After some back and forth with Chris about what he wanted for the "feel" of the game, I finally put together the theme that would stick. Like Scrooge McDuck’s first dime, the AI War theme is my most treasured possession. It was the launching point of my career, and will forever be the piece I am most thankful for. Like most things in life, once you accomplish a great feat, it’s much easier to continue to do it. You not only build up the necessary confidence, but you also start to figure out how to improve on what you previously did. With the completion of the AI War soundtrack, I had a whole lot of material to look back on. I had to figure out what worked, and also what didn’t.

Luckily, there were a great many people out there who took to our games. With all the praise of this innovative new series, we were on cloud nine and started work on the first expansion almost immediately. Along with the praise, however, came all the harsh criticisms. If there was one thing that composition lessons and classes taught me, it was how to take criticism and use it to my advantage. There’s no point in moping about one negative review when there are twenty great ones out there. There is also something to be said about negative comments that have substance. Most of the time, I just ignore comments like “Well, the music just wasn’t good” because that tells me nothing. When critics take the time to explain WHY the music was or was not good however, that’s when I read carefully and take notes. I owe a lot of my musical progress to good critics who have helped me understand my mistakes. That’s the only way to grow and get better.

As Arcen Games nears its second year anniversary, I had already worked on five game soundtracks, and I began work on the sixth: A Valley Without Wind. Unlike the previous soundtracks with lots of instrumentation, Chris and I decided that for this game we would pay homage to video game music of the Atari, Gameboy, and Nintendo. This score would use a lot of that retro 8-bit sound and combine it with some of my own compositional styles that I had used in the previous soundtracks. The result: a very cool fusion of music. 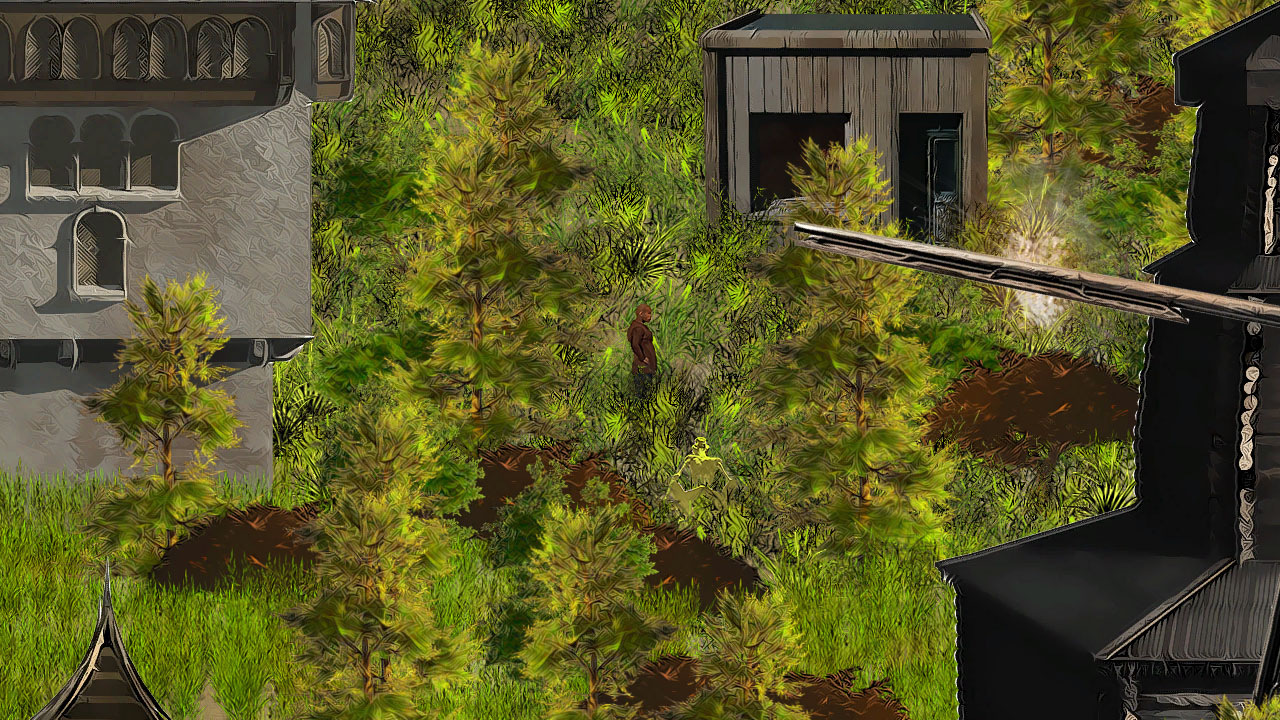 So, why is this soundtrack so challenging? Well, for one thing, we noticed that download time for the last few games was a bit too long, and mostly because the sound files were so big. As part of the retro sound, I’m using a lot of chiptunes for melodies. Along with that, we’re making all the sound files mono instead of stereo. Fear not though, we found a great balance of quality and file size, and the music sounds great. Also, for those of you music buffs out there, I’m making a separate soundtrack of the music in stereo that will be available as a separate download (and on iTunes) later on.

The big challenge when composing and arranging mono tracks is making the music seem smooth and not cluttered. The beauty of stereo tracks (and surround sound on another level) is that you get to play with the instrumentation spatially to avoid clutter and clashing frequencies when working with sounds on the same octave range. The solution: make sure to include ONLY what is necessary but still fill the sound spectrum from top to bottom. Fortunately, percussion in whatever sound range fulfills its purpose and accompanies any other sound without clashing. But with the chiptunes, bass, and any other guest instruments, it’s very important to put them in their own octave without crossing over. Besides that, there are the obvious challenges of using that 8-bit sound without it being too piercing, and finding other instruments that are compatible not only in sound, but also in texture. As much as I love to use a legato violin sound in my music, the lush vibrancy (and range) would clash with almost all of the chiptune sounds. The compromise is having a low staccato cello to replace the bass since it has a strong attack without much of a release. Now, for some of the more ambient tracks, there will probably be some synthetic string work, but since most of the music will be 8-bit melody driven, it will only happen a few times.

Another thing to look out for will be the difference in musical styles depending on the region of the map. On top of figuring out cool arrangements for the retro/modern fusion, there will be musical styles ranging from orchestral and ambient to hip-hop and rock and roll. Even though the technical aspects of arranging the music make this soundtrack challenging, the variety of musical styles just makes it so much fun. As a composer, sometimes it’s difficult to listen to the same thing over and over again. But with the spectrum of styles, the work never gets boring or tedious. It’s always fresh, and it has a helped me so much in putting this soundtrack together. 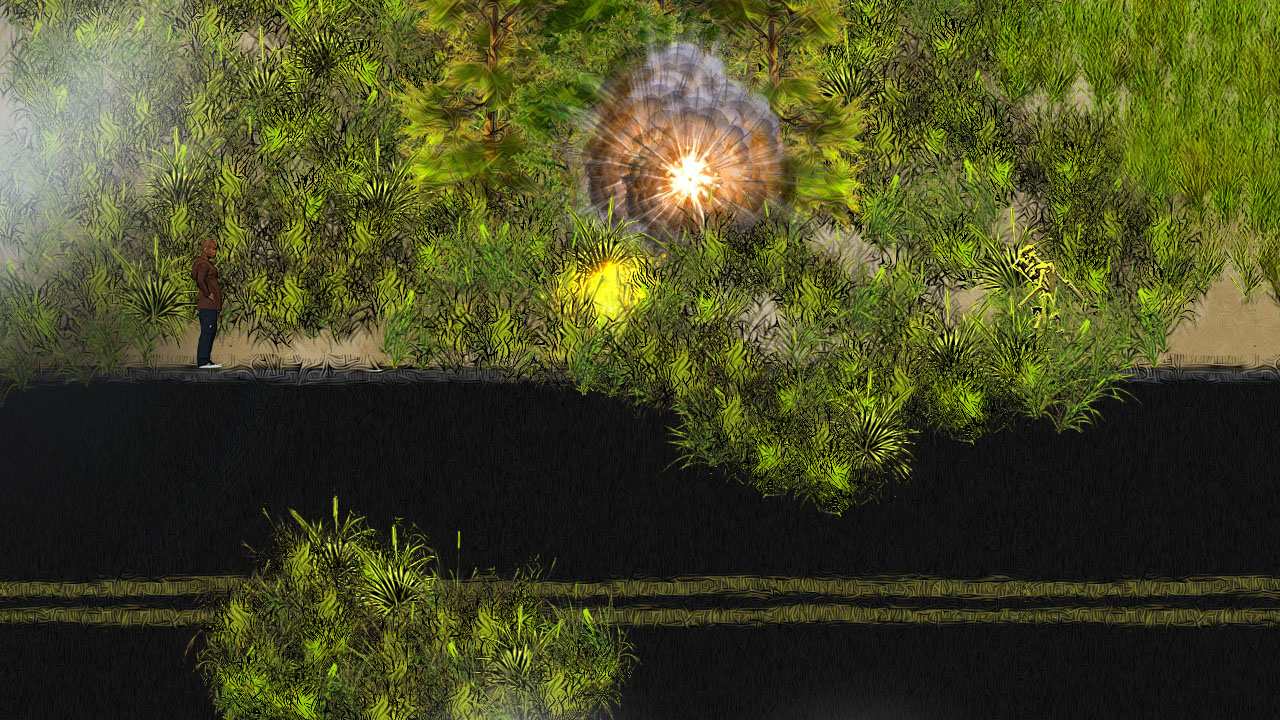 I hope this gives you a little bit of an insight in what to expect for the music of this game. The entire production staff will keep you up-to-date on the progress of AVWW, and we will continue to write these entries to keep all our fans in the loop. In the meantime if you want some musical previews, I will be posting them on my facebook music page “Pablo Vega Music”, as well as on my MySpace page www.myspace.com/pablovegamusic.

As always, thank you so much for your support of Arcen Games, and look out for some more great things to come! - Pablo Vega

Two-Part AVWW Interview On Rock, Paper, Shotgun
Chris recently sat down with RPS's Phill Cameron for a nice and extensive two-part interview on all things A Valley Without Wind.

There are new details and a lot more in-depth explanation on the features we talked about in our recent announcement. The pieces contain a couple of new screenshots put together exclusively for the feature as well.

AVWW Interview on BigDownload
We have another sizable interview on A Valley Without Wind to pass along. Chris and I got together with James Murff of BigDownload to chat about Arcen and our upcoming game in detail. Topics touched upon include world-building, comparisons to other titles, pre-order plans and more.

Also packed with the feature are some exclusive screens that reflect the current build of the title--make sure you check those out in their gallery to view the shots in high resolution.

Read up over on BigDownload.