Since there has been no update since halloween here is a bit on where it is at and you can now download the 7DFPS game Shootmephrenia for free.

If you played Last Knight recently you might be wondering why Halloween is still going on. That is because I did not get to making a new update yet. I was busy with making a little game in the 7DFPS game jam and learning the new Unreal Engine. More about that later.

There are currently still lots of competitors rider riding through the world which were included in the Halloween update. They can get quite annoying sometimes. For the next update I will greatly reduce them in count and also make them less dangerous. The skeleton rider and ghost rider will then only be very rare because they mostly like to come out at Halloween. 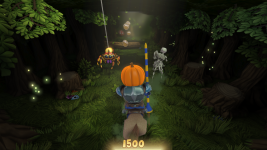 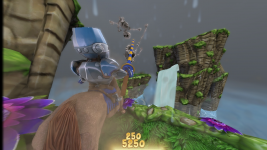 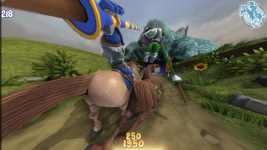 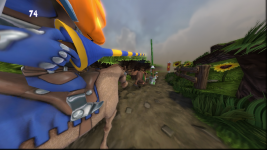 For the Rogue Rider Adventure mode it was mentioned that it can be very frustrating that when you found 6 of 7 wonders of the world you will have a hard time finding that last one instead of the others you already all have. To improve that I intend to make hints that you can get in Villages. Those hints will then tell you in which direction which Wonder of The World is located. That is obviously every time different you play that mode since the whole world gets randomly generated at the start.

I made a little experimental First Person Shooter in the 7DFPS game jam. In it you have to shoot no one but yourself. But it is obviously not as easy as it sounds:
"Carefully shoot on reflective panels to make your bullet ultimately come back to you and hit you in your ragdoll first person face. Make perfect trickshots, figure out how to reflect the bullet over multiple panels and run and jump to catch your bullet!"
It is the first game I made with Unreal Engine 4 and I leaned tons of things while making it. It also features quite a lot fancy features made possible through UE4. 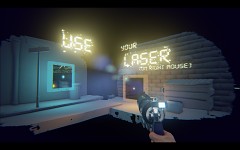 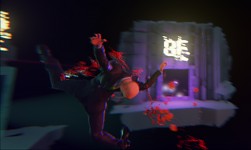 Here is a turnaround that shows the concept in straightforward ricochet way:

I also created a IndieDB page for it here:
Indiedb.com
You can download it for free over there
or alternatively over itch.io: Tocogames.itch.io

Have fun shooting yourself!