Post news RSS A tour of Castle Sin - Part One!

Read everything about the base of operations of our heroes! A room by room tour of the unhallowed place...

Castle Sin was once a cathedral built on top of a sandstone rock pillar. Noone can recall when the old cathedral changed into one of the most feared places in existence. Our hero, Jinx has spent the last two hundred years of his life inside the walls of this god forsaken building, along with his butler Ghrelin and a host of ghastly servants.

The main purpose of the Castle in game is to act as a base of operations and a hub for all the needs of the heroes. So, with no further ado let us present some of the rooms to you. 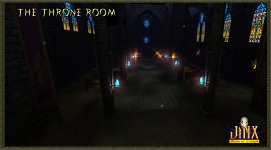 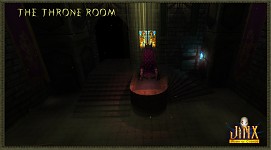 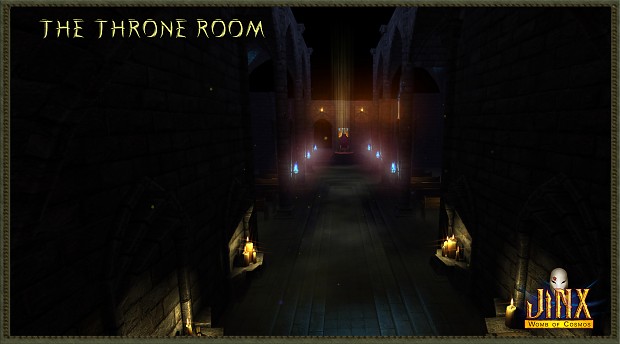 The Throne Room is the seat of power of Jinx. A corridor once used for sermons, now serves as a hearing hall for all those (foolish or desperate enough) who seek an audience with the Mage. On the back of the room there is an archway leading to a stairway. These stairs lead up to the Master Bedroom and down to a small hallway which leads to a locked door. 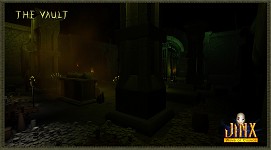 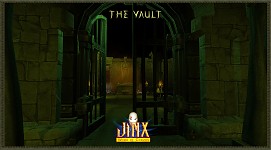 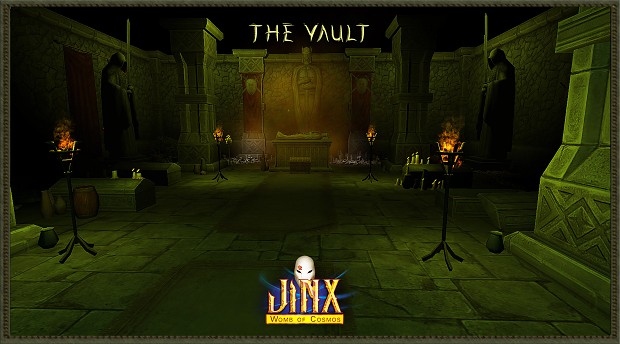 Then we have the Vault!
For reasons yet unknown it was decided to convert the old crypts into a vault, a morbid place for hoarding treasures and bodies. The entrance to the Vault is safeguarded by various pleasantries of the acidic and blazing sort. The Vault Keeper and the Trophy Master reside here, allowing Jinx and his companions to store their items, identify certain trophies and upgrade them. Moreover the Vault may be inclined to provide maps or directions (and sometimes even riddles) for legendary treasures if the heroes have proven to be keen explorers and treasure hunters. 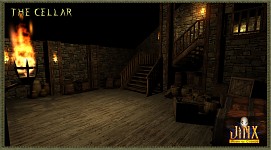 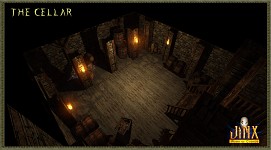 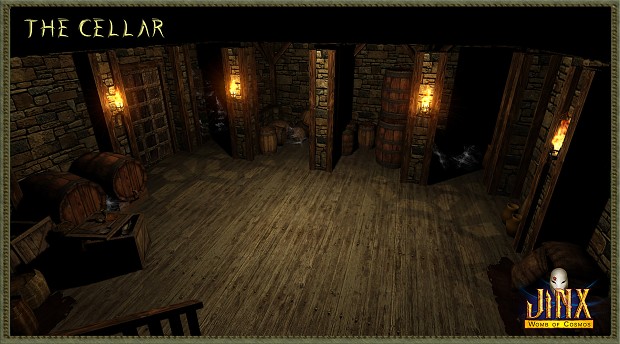 The Cellar is Ghrelin's favorite place. Or at least his second most favorite, apart from kitchen.
Various alcoholic beverages like Kaernian Wine, Noxxito and Vursus Rotten are stored in this room but apart from that it has no real impact on the gameplay, unless there is a secret passageway behind the large barrel on the northeastern corner of the room. But I wouldn't spoil the surprise this early, would I?

Do not over-click the barrels or you will get tipsy from alcohol consumption and get a nasty debuff! 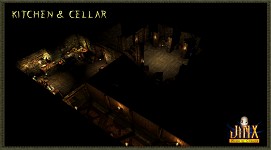 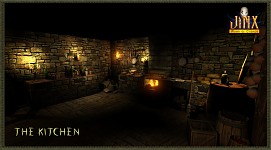 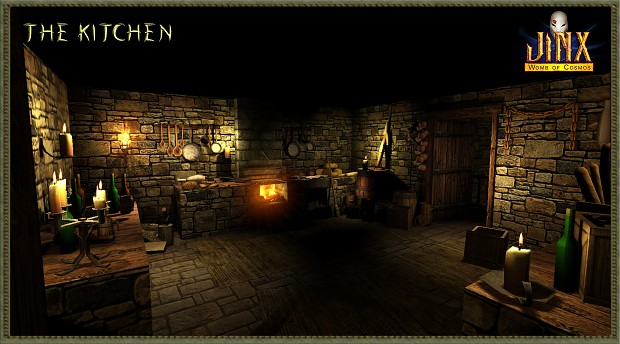 The Kitchen is the birthplace of Ghrelin's gastronomical experiments. More often than not the Butler and Blood, who is an animal rights activist and vegetarian argue about the necessity of meat consumption in daily basis. They finally solve their differences by consuming Ghrelin's famous cocktails till they pass out.

Add vodka and pomegranate ale to a tankard half full of ice. Fill with equal measures of cranberry juice and orange juice and stir. While stirring add liquid ether and three ice cubes half melted 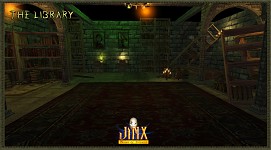 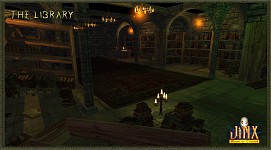 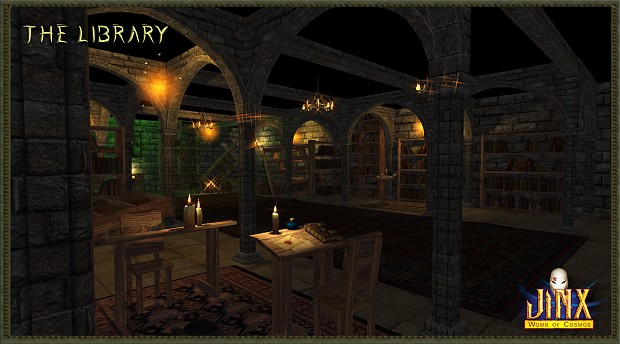 The Loremaster is stationed in the Library, ready to unlock new journal entries. Always willing to identify all your lore and crafting books. By upgrading the library, our hero is able to utilize stronger lore powers, decipher even the most scrambled ancient documents, get hints on how to obtain several well hidden items...and a cool achievement badge! (cause let's be honest...we all love achievements!) 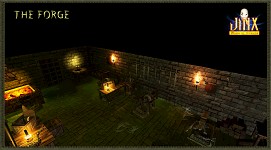 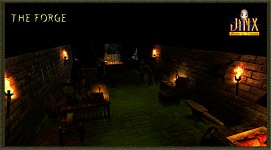 The Forge is one of the two workshops (the other one is the Lab) located in the lower levels of castle sin. It is used to upgrade the heroes' weapons by using the two in-game currencies, Gold and Ethershards. As with all rooms the forge can be upgraded up to rank 10, unlocking powerful weapon abilities and granting several passive combat bonuses.

We really hope you enjoyed our little tour! Next time it's the Master Bedroom, the Lab, the Training Hall, the Kennels and the Old Dungeons (cause we also have the brand New Dungeons as well...)
Till then have fun and watch us!

Very impressive rooms! The butler Ghrelin is a magical creature as well?

The Butler is a homunculus created accidentally during an alchemical experiment. He is more magical than not:)