This is an introduction to the creation of the sequel of my first commercial game "Path of Destruction". After more than a month of prototyping, I'm working today on "how to tell the story" in the game.

Since this is my first entry, I'd like to take the opportunity to introduce myself: I'm Arnaud, a 38 yo french developper. In 2013, I created my company Fazhom to be able to organize my time between working for others (cause my games don't bring money yet) and working on my games.

And that will be all for today about me, I'm sure we'll have time to go back to all this in futur logs.

Back in 2013 (told you we'd get back to it soon), when I decided that I wanted to make a game, all I had was a story. A story about dragons. So, I made my first game "drakonis, a prologue" which was inspired by Godio's "Dragon Flame". This is how I learned Unity.

Long story short, I realized somewhere along the way that I wanted to make a fun game, not a game to tell a story. So I made Drakonis (in which there are still some story elements via drakonis.net), and then Path of Destruction (PoD1) in which there is no story at all so that I could concentrate 100% on the gameplay. 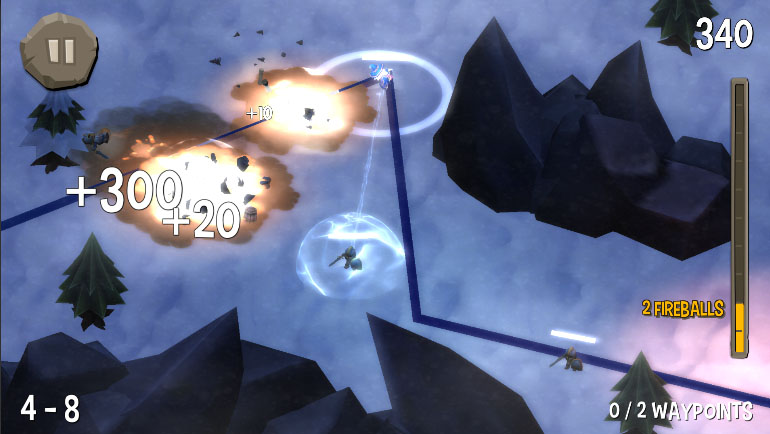 One saturday morning when PoD1 was almost done, I started to work on the credits page. I had a very precise idea of what I wanted: a camera traveling from one screen to another, with scenes showcasing the game assets. By the end of the day the result was EXACTLY what I had in mind and I was so happy and satisfied that I knew I'd re-use it somehow, someday.

I've been working on PoD2 for more than a month now. And yesterday, after careful thinking, I decided it was time to tell the story of Dragons that's been waiting to be known for so long.

I think it is time because today, I've a pretty good idea of the gameplay of my game. I know what I want to improve, I know where the priorities are in the dev process and I'm pretty sure the game won't suffer from too much attention to the story instead of the core gameplay.

Also, a great thing about working on a story for many years is that every thing is on paper (I really have pages and pages of notes, drawings etc). I just need to sort things out so that it's told in an interesting way. 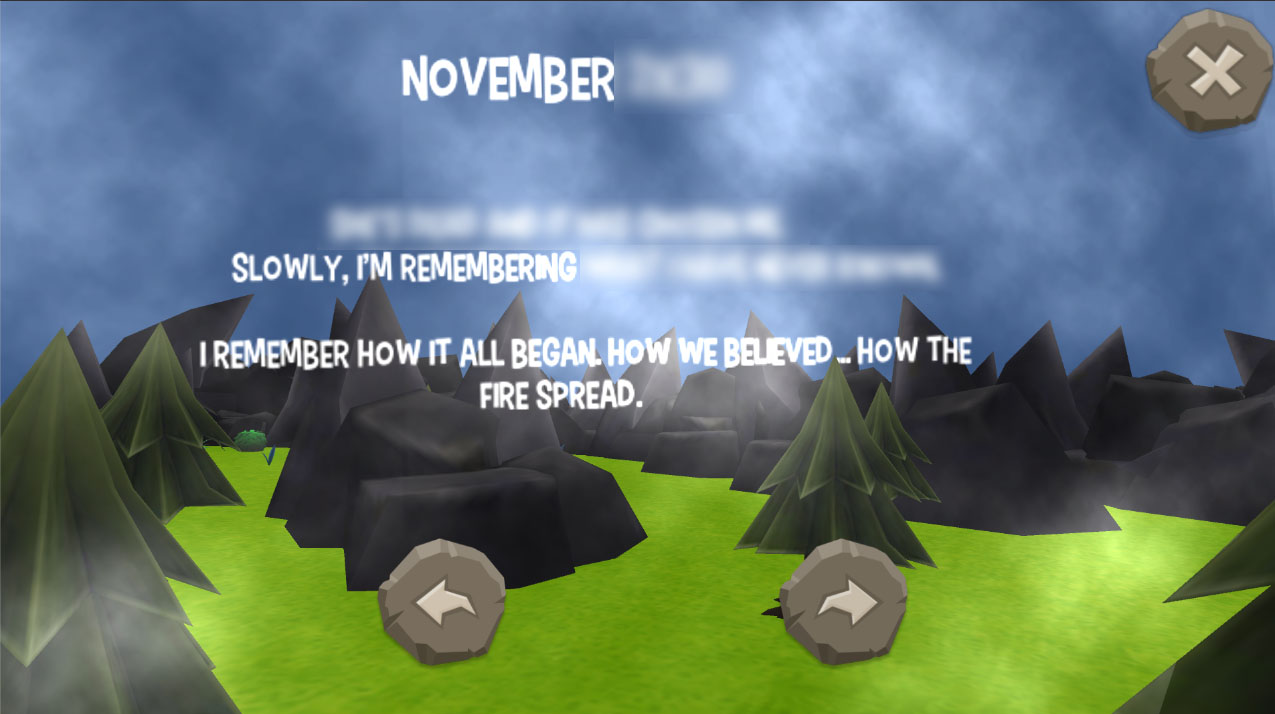 In order to make things manageable as the sole dev/writer, I decided to go for the "Resident Evil books and journals" way to tell the story. There won't be cinematics and actors actually telling the story, it'll just be you reading extracts from lost journals.

To be honnest, I haven't decided if the background will illustrate each part of the story with a different setting. It'll depend on the time it takes.

But for now, I'm focusing on prototyping the whole system with the dictionnaries, the camera travelings, etc. Details and improvements will come later in the iteration cycles,

Oh, by the way, I said I tell "the story" but that's not entirely true: in PoD2, the story is centered around one person in the 5th century. The whole story starts in the middle age but continues well beyond...

That's it for this entry!

Thanks for reading and see you soon on another topic about Path of Destruction 2!