A Quiver of Crows is a twin-stick shooter set in a grim world cursed by demons and ghouls. Play as a crow in this beautiful game. Features unique environments and real-world physics, upgradable weapons, bombs, and shields. Local / couch co-op so you don't have to go it alone.

Play as a crow fighting demonic monsters while dodging obstacles and rescuing crows in order to progress through each stage.

The four ghostly feathers signify there are four crows in the stage that needs to be rescued before you can exit the stage past the fires. 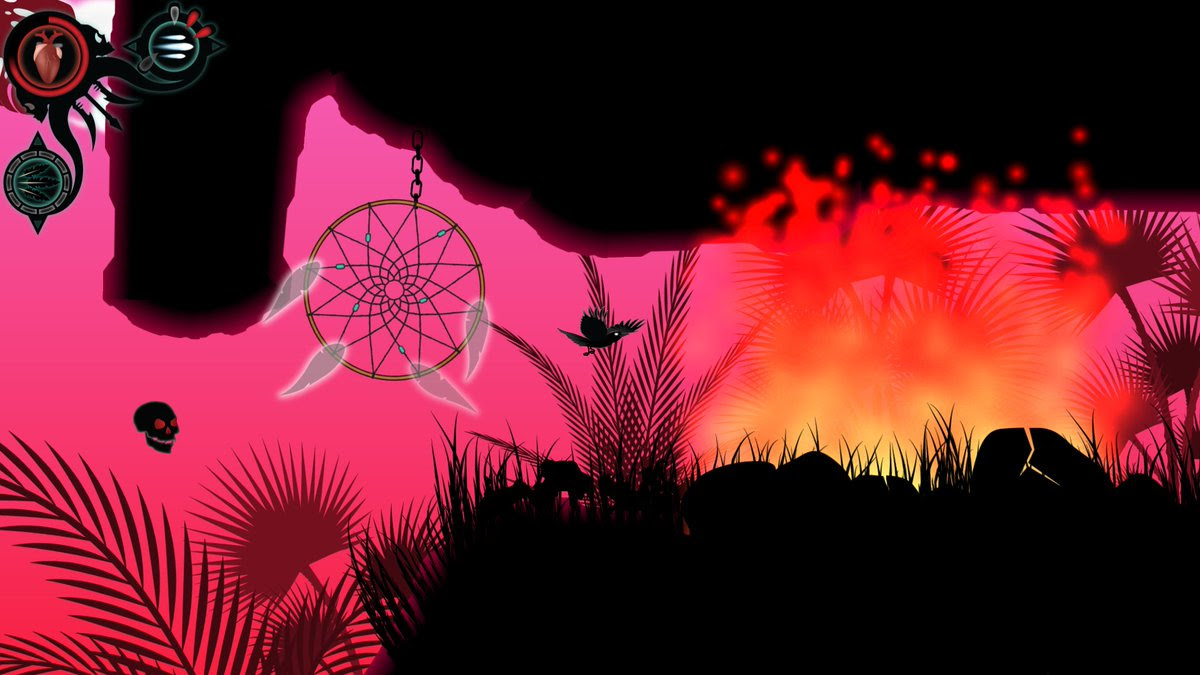 Finding captive crows throughout the stages, and shooting the cages frees them. 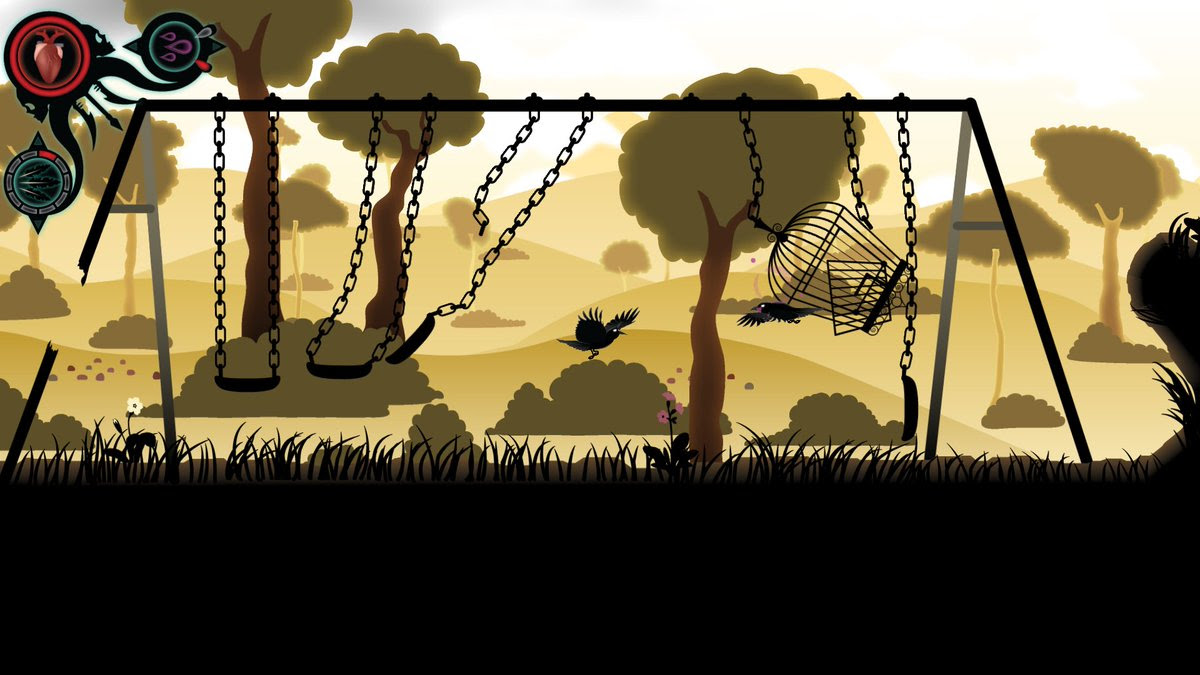 Some bullets are heavier than others. Depending on the weapons chosen, shooting at the the tower of totems could knock it down. Running into it with the crow also causes it to fall, but it's more difficult. 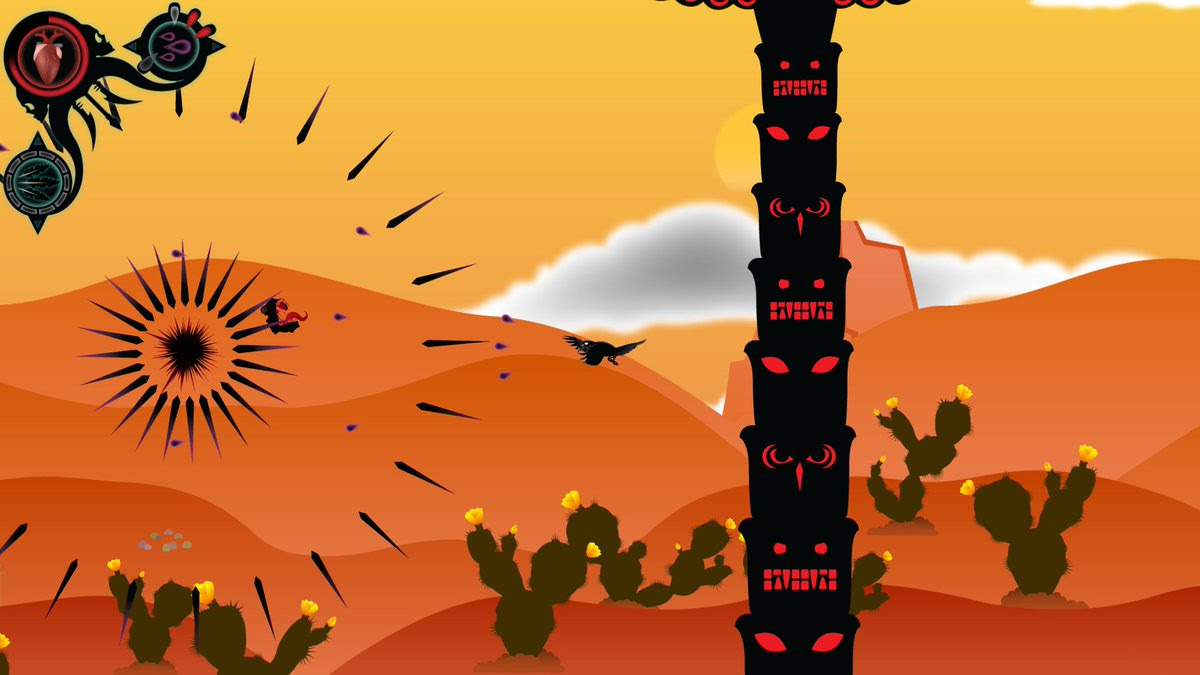 Following the theme of real world physics, dead bodies will ragdoll into unique piles. Bodies will stop most travelling bullets, but this laser can pierce multiple bodies. Collect upgrades (four levels) in order to make your four weapons even more powerful. 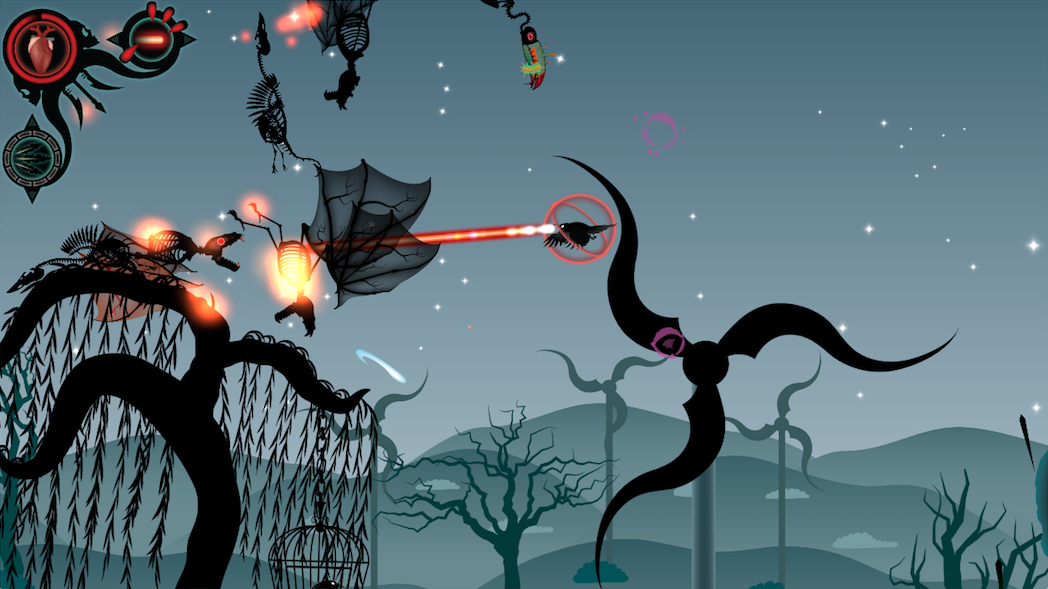 If you’re part of the press and would like to preview the game, please email us at crows@sheado.net.