there are a few months ago, I announce the next update of the game with the addition of a new episode. Since then a lot of things happened, and I'm proud today to share some exciting news with you.

I will try to release the next update next week with improvements and a lot of new features: 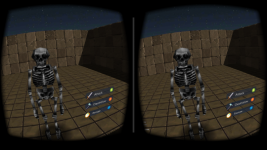 The VR mode will work with all mid-end Android devices. You'll need have a mobile VR headset, such as an Homido, Samsung Gear VR or a Google Cardboard, and a Gamepad of course :) My plan is to add the Oculus Rift support in few month!

A release for PC and mobiles 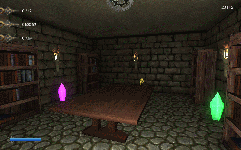 As usual, the game will be available for PC (Windows, Linux and Mac) and mobile devices (Android and Windows Phone/Tab) and will continue to be free, without ads. There are a lot of new stuffs in this next release, I'll write other posts about that later.

Stay tuned! and thanks for following this game.