To be frank, I think that being blind sucks. But I have yet to find a single person who would confirm that. My musical teacher, blinded since childhood, a blind couple who never seen their faces or faces of their two children for that matter. They always talk about challenges the life puts in front of them, but they never talk about giving up. They, simply put, never yield.

Me, being a game designer, started thinking about blindness being a mechanic in a game. What could it bring to the table? Which genre would suit the best? How to make it fun?

These and more questions fueled the development that started around Christmas. Five months later and in my hands I have a playable version of my little thought exercise. Today I want to introduce it to you.

What is this game about? 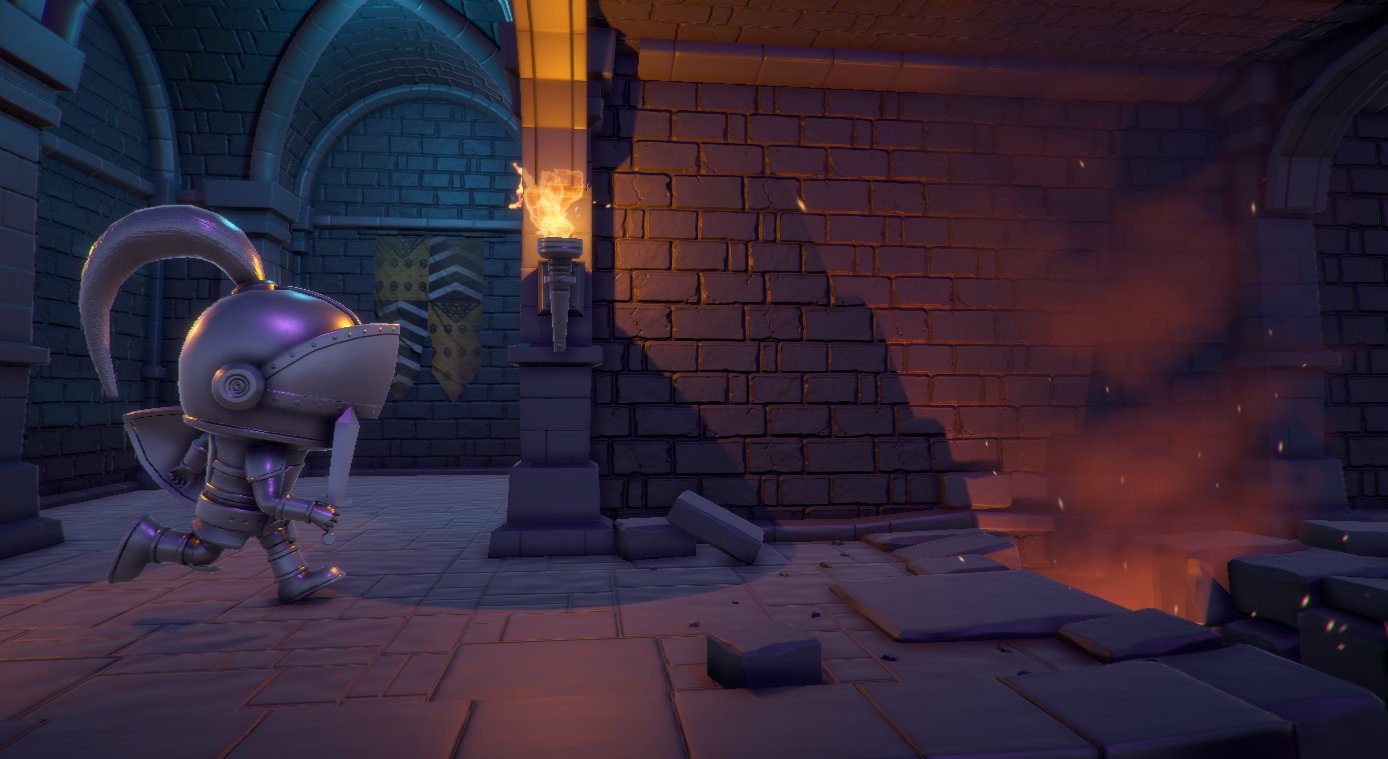 A Knight Never yields is a 3D platformer where each level presents you a challenge in form of traps you have to overcome. Not once, but twice. Your first playthrough of each level is similar to others platformers - you run and make your way thru various traps, all with normal eyesight. Once you finish the level, you have to do it all over again. And this is where the blind aspect comes into play.

Traps are in the same places as before, our little hero runs and behaves the same way as before. Only this time, you are both blinded, unable to see what is in front of you. Finishing the level with this impairment may seem impossible at first, but there are actually several things to help you:

Game difficulty gradually increases with each level. First few levels are really simple and they are here to introduce you to the game and it's mechanics. But as you progress the traps will come in greater numbers, increasing the length of each level. The hero also pick up new skills on the way to defend against all the dangers he may encounter and it's up to to you to combine them.

Current state of the game - what can you play?

All in all, the main game experince is currently in the game and A Knight Never Yields can be played without any problem. If you wish to try it out, you can do so on itch.io link below. The current price is heavily discounted from the full release price, since the game is not complete.

Feel free to buy the game from the store, this way you can support me in creating this game and I will be very happy. But if you want to wait for full release, you can do that too. My realistic estimates is that it will take probably two more months to turn this game into finished state.

Wish me luck and see you next time for another devlog!