Alone, a solitary drone is no more than an annoyance – an insect nipping at the heel of a giant. But when they swarm, drones become dangerous and can whittle away the defences of even a battle-hardened fleet.

Posted by BlazingGriffin on Feb 9th, 2015

Love them or loathe them, you won’t be able to traverse the Distant Star: Revenant Fleet universe without running into drones.

Alone, a solitary drone is no more than an annoyance – an insect nipping at the heel of a giant. But when they swarm, drones become dangerous and can whittle away the defences of even a battle-hardened fleet. Their size and speed mean that some weapons are less effective at targeting individual drones, making the drone swarm a deadly adversary that can come equipped with either regular ordnance or missile weapons.

When a combat mission is generated, drone swarms can be spawned in the same manner as enemy fleets can, so there’s no telling where or when you’ll encounter them.

Your fleet will get little warning when a drone attack is imminent, but your sensors will display the area in which the drones are most combat effective. Within the red circle, drones will do more damage to your fleet, so move your ships to safety while it’s active. 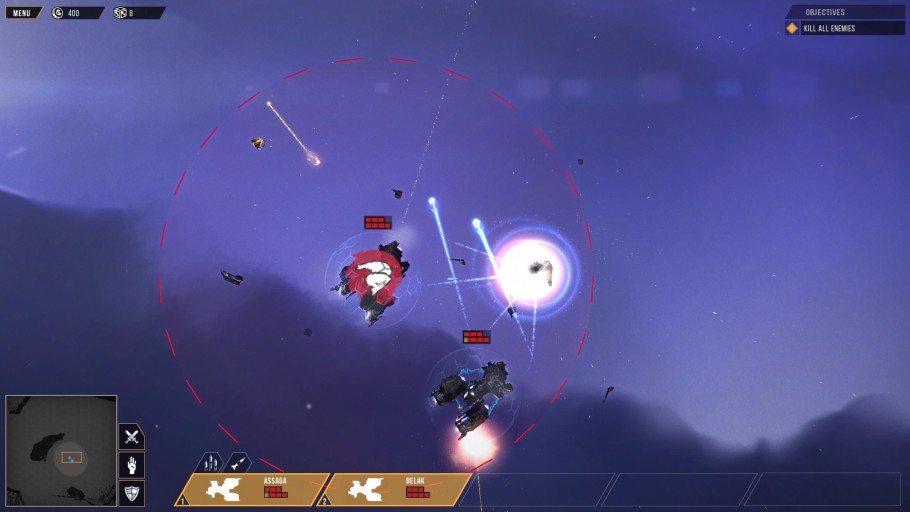 Avoid the “Red Circle of Death”.

Fortunately, drones aren’t exclusively an Orthani weapon – with the introduction of the Carrier class of ship, players can now compliment their own fleet and unleash drones on enemy ships. In addition the Carrier can be equipped with a Flak Barrage – an area-of-effect weapon specifically designed to kill enemy drones. 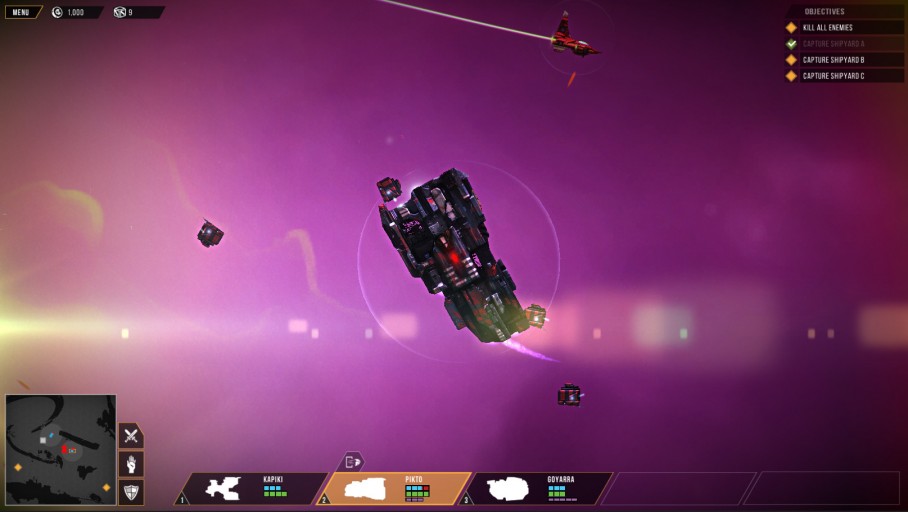 Carrier ships will automatically launch up to 10 drones when enemies are nearby, as well as replicating new drones as old ones are destroyed.

Many of the aspiring Fleet Commanders who have already encountered drones in Distant Star: Revenant Fleet will know that quick-firing or AE weapons are the best defence, but for those who haven’t yet overcome this adversary, here’s a rundown of your options:

Cannons
Most ship types have weapons that will automatically fire and those that can use canons (e.g. the Assault class) are your staple defence against drones. Automated fire ensures that your fleet begins to quickly counter the threat and even while moving, you will quickly tackle the swarm.

Top tip – if your fleet largely uses Beam weapons, upgrade to the rapid fire variety which will be more effective against drones.

Volatile Storm
This triggered AE attack is exclusive to the Tech ship and can be tricky to fire off in time to take out an incoming swarm of drones. However, when you trigger the storm, any drone that enters the AE will be damaged and likely destroyed. This is useful if the swarm is still clustered, but leave it too long to trigger and the drones will scatter too much for this to be an effective defence.

Flak Barrage
It’s a targeted AE that does LOTS of damage to drones (but no damage to other ships)!

Turret
The Carrier can also deploy solitary turrets and although they’re great at dealing damage to ships, they’re also pretty good at taking out drones.

What’s your thought on drones? A deadly enemy or a powerful ally? Do you like the new Carrier class of ship or do you prefer some good old-fashioned guns and lasers? Let us know in the comments below.