There's more Star Wars content to explore than ever in the coming update to Interregnum. We give you some of the highlights.

While most of you are probably most excited about Star Wars Interregnum Alpha 3 for the imminent release of the Rebel Alliance, it will also add another equally important mile stone. For the first time, the vast majority of the map will contain Star Wars themed content for you to encounter as you explore beyond your homeworld. Part of this was the new Star Wars militia and pirates we revealed last time, but just as much will come from new planets and other secrets for you to uncover. Here are some of the highlights...

Bright Center to the Universe 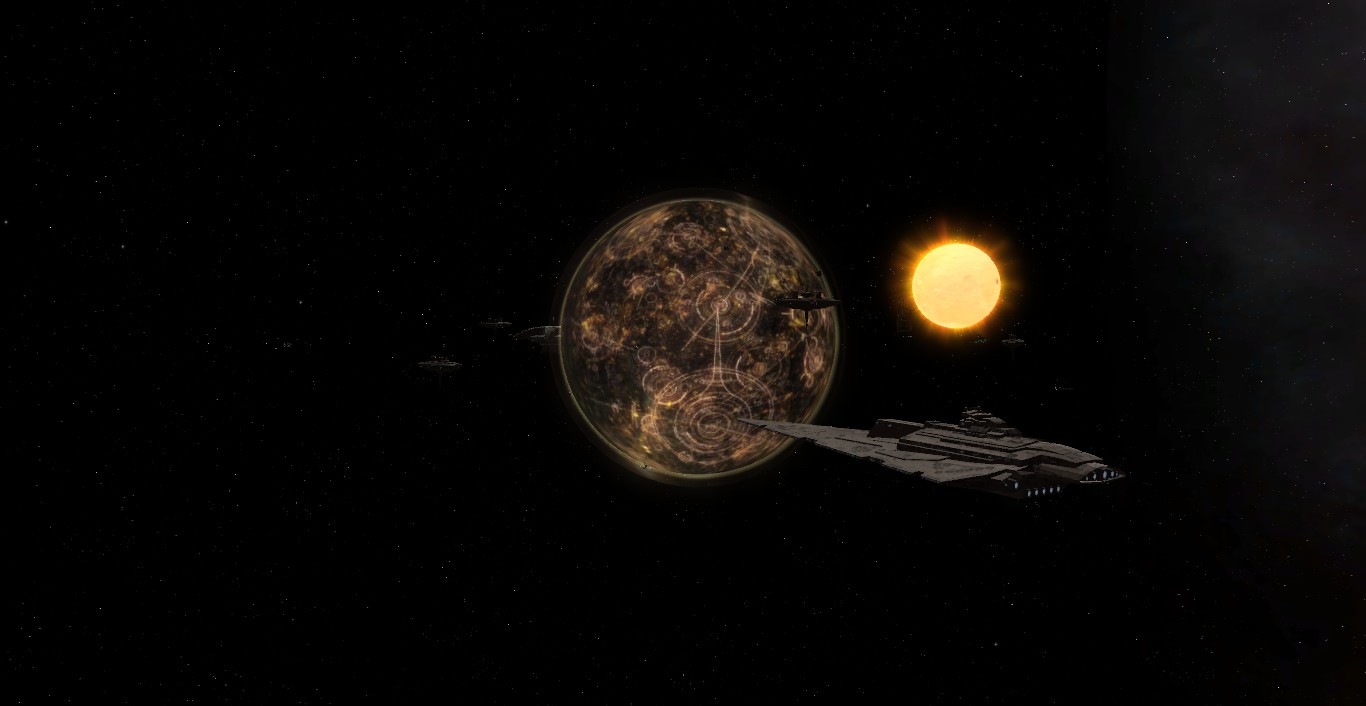 The capital of galactic civilization for as long as anyone can remember, Coruscant holds a special symbolic role in the Star Wars universe. From the Sith Empire to the Yuuzhan Vong, no one can truly claim to rule the galaxy unless Coruscant is securely in their territory. Because of this, Coruscant was chosen to have a unique role even among the special Star Wars planets we have been adding.

Most Star Wars planets have a single rare chance to spawn on random maps. Coruscant on the other hand is tied to the new "Galactic Capital" victory condition, which replaces the occupation victory from Rebellion. Activate this condition on any map, and Coruscant will spawn with a large Imperial fleet defending it. Anyone who can take her will not only have a powerful planet with a massive population, but they will win the game after controlling it for a long enough period of time.

For those of you who'd rather see Coruscant as an ordinary planet (that won't win you the game), we have also added support for Coruscant on custom maps without this victory condition. One of which may be released with the new update...

Secrets of the Ancients 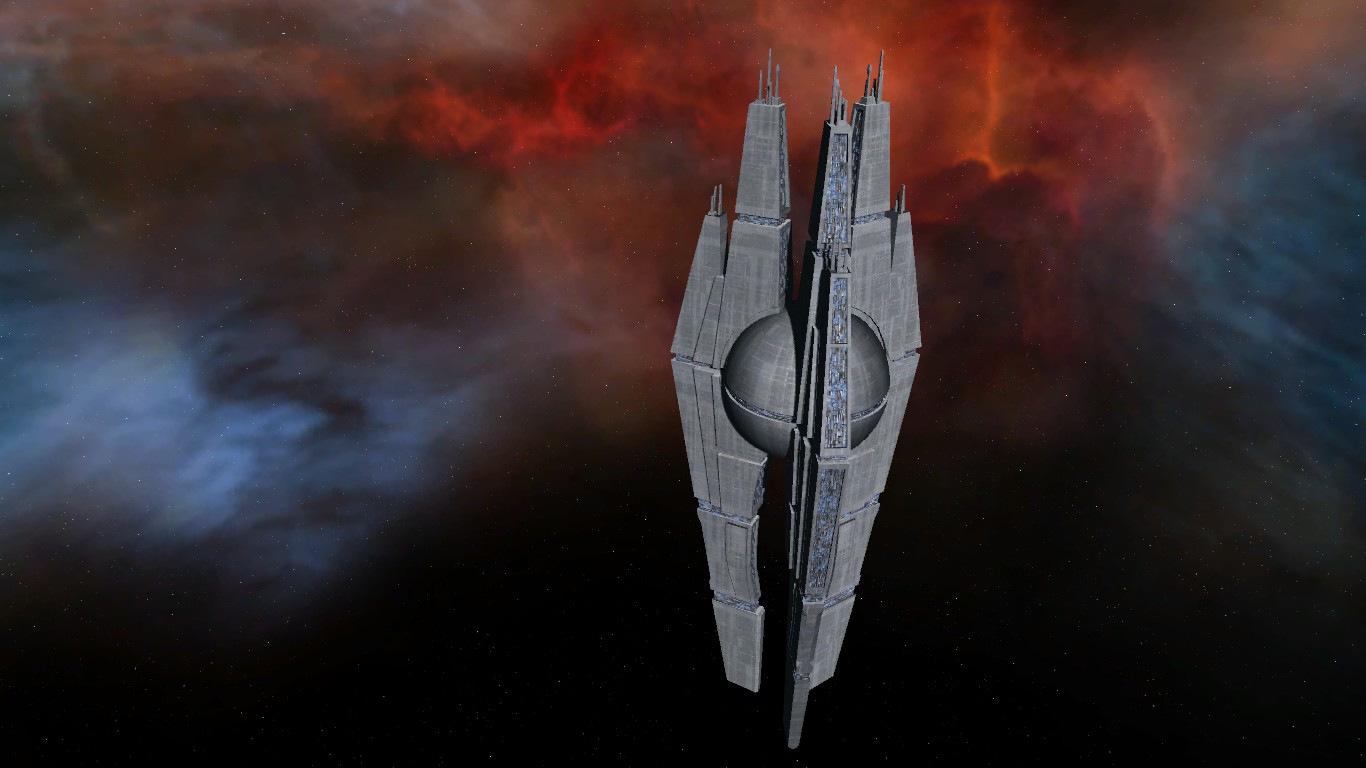 Yet while Coruscant has long been the capital of the Galactic Republic, before Humans and most other species began exploring the stars, there existed civilizations so ancient they are almost unknown to the current inhabitants of the galaxy. Yet their wondrous technology has from time to time been found, occasionally on a massive scale that rivals such modern feats of engineering (and technological terrors) as the Death Star. Two of them, the Star Forge and Centerpoint Station, have been added to the mod as replacements* for Enhanced 4X's ancient structures. 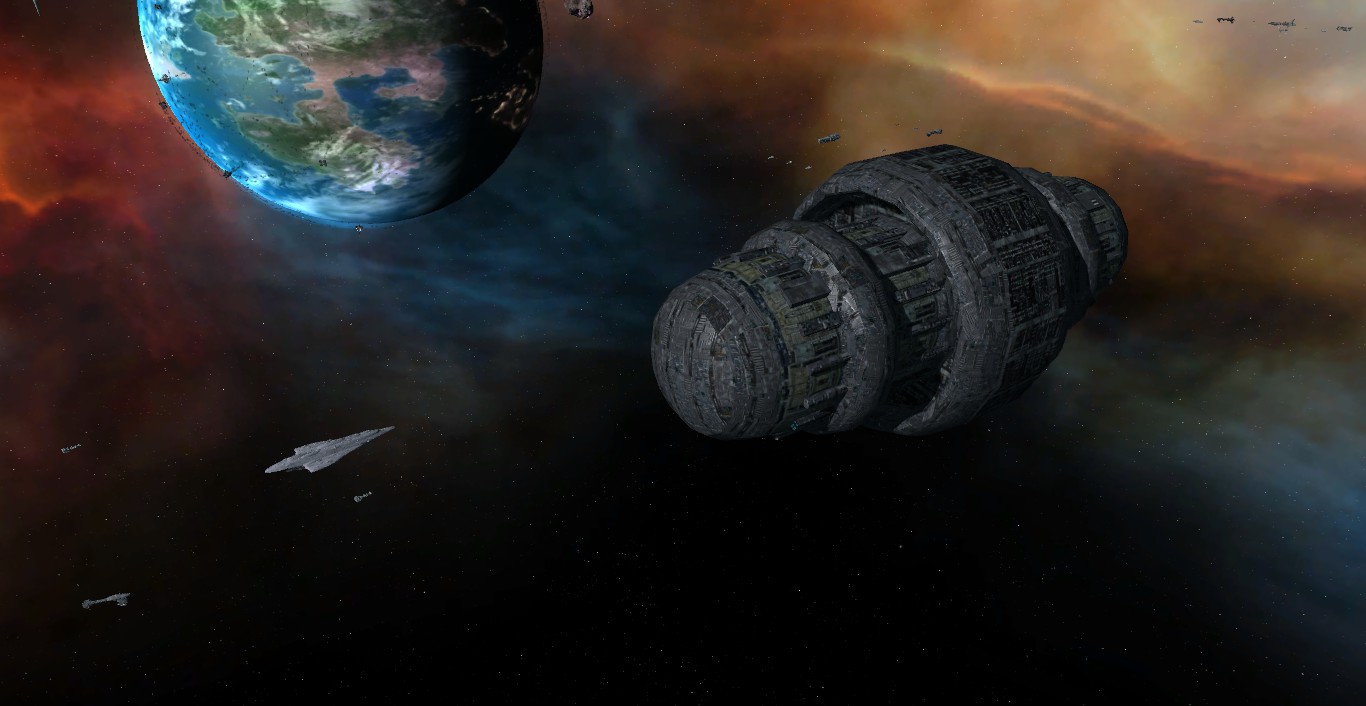 Like the ancient structures in Enhanced 4X, Centerpoint Station and the Star Forge have a small chance to spawn at any colonizeable planet, where they can be captured by your forces. However, learning how to use these massive and powerful space stations is not easy. You will need to explore your planets to find examples of the ancient technologies they were based on to begin using their potentially game winning abilities. For example, if you should manage to find the new Infinite Engine artifact while controlling the Star Forge, you will gain the ability to duplicate any frigate or cruiser in your fleet, giving a free supply of permanent units to crush your foes with.

Arsenal of the Rebellion 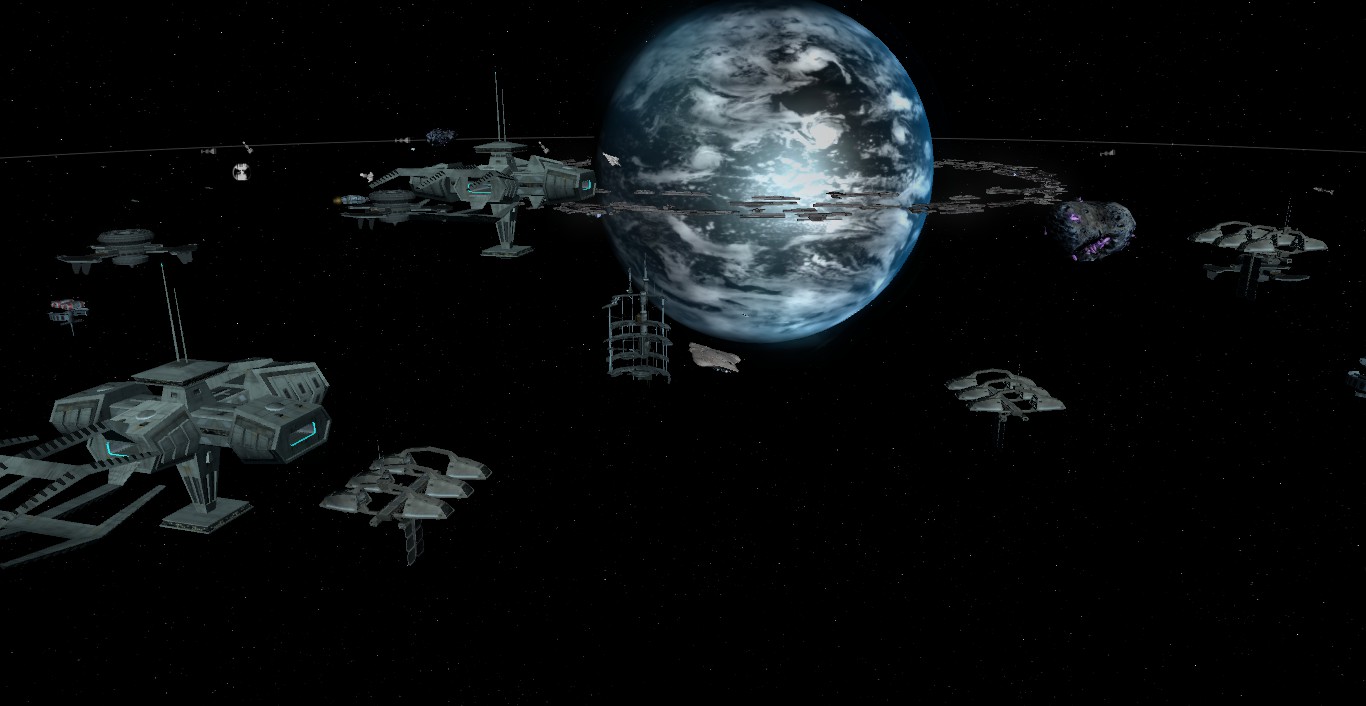 Out gunned and out produced by the Empire, the Rebellion might have forever remained a bunch of idealistic farm boys with stunt fighters had Mon Calamari not joined the Alliance. After fighting off the Imperial garrison themselves, the Mon Calamari transformed their shipyards from one of the largest civilian ship factories in the galaxy into a vast military production and refitting center, making it perhaps the most vital world controlled by the Alliance and now New Republic.

While well guarded by Alliance forces, the planet Mon Cala (also called Dac and sometimes Mon Calamari by confused outsiders) offers a lot to anyone who controls it. Its well designed floating and underwater cities allow it to support an unusually high population. Its shipyards use unique technology not used anywhere else in the galaxy, having evolved from Mon Calamari underwater construction techniques. This not only allows the planets shipyards to produce units at lower prices, but some of these improvement may be transferred to other planets, increasing ship construction rates at every planet in your Empire.

A Glimpse of the Future?

Wish you could see some of these cool features in action? Don't take my word for it here, you can! Popular Sins YouTuber and fellow modder Gul Dukat was kind enough to play through a special build of Interregnum while we chatted about the Mod, and in the process discovered many of the features discussed in this article. Here's episode 1 below.

Very excited about the new version. And honestly with all these people asking you when its released, I say quality over quantity. Your work in this community is amazing. Keep it up!

so Mon Calamari Shipyards have finally came out~

Yes, you can build MC80 Star Cruisers if you capture Mon Calamari. Meant to include that in there. :p

And I thought is titan, not capital ship, maybe I think too much =P

The Rebel Titan is Home One. However, the Rebel version is commanded by Admiral Ackbar himself; there is no generic version of it like the Executor class. :p

It is possible once the New Republic is added Mon Calamari will be modified to allow you to get the larger Mon Calamari ships.

I had to register on moddb just to let you know that I think Interregnum is amazing. I think you've struck a real balance between playability and staying faithful to the Star Wars universe. Looking forward to the next release!

Thanks! Hope you stick around now that you have the account, we love getting feedback.

Everything looks awesome as always. However, I would have preferred you added Coruscant as a random encounter like Kuat. I know you can change it in the Galaxy editor for custom maps, but meh.

How did you scale the Star Forge and Centerpoint?

Scratch that, how did you make the Star Forge model?

How do you capture the Star forge an others?