Post news RSS A dog needs to be saved! Also App of the year...

Vote Afternoon Hero for App of the year. The game has been updated not a long time ago and it is a lot easier than it used to be. Try it!

Please vote for Afternoon Hero for App of the Year of you liked it.

2014 App of the Year Awards via Indie DB

The game is now easier than it used to. You die in 3 hits instead of one.
It is completely free for iOS and on Google Play it's free with an in-app to unlock the full game. 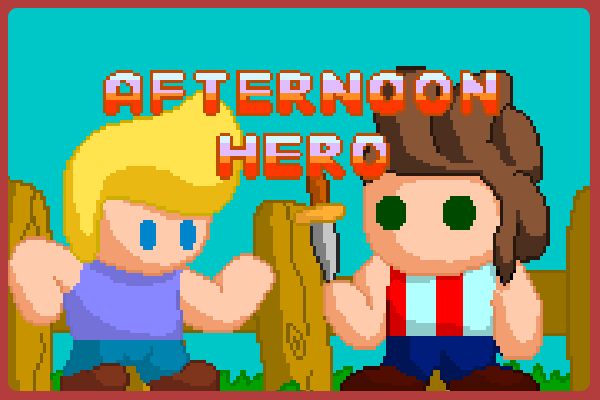 Afternoon Hero is a classic arcade style game. I think it's fun although one of it's biggest issue have been that it's too difficult.
It is now an easier game.
I have moved on to develop a new game but I still think this game is a really underrated fun little game.

If you don't want to vote for it you should at least try it out.
Afternoon Hero supports Google Play, Apple App store, OUYA, Os X, and Fire TV.
Do notice the fire TV version and OUYA still have the difficult version.