Post news RSS A day in the Development of Last Stand

‘Dushan was dead. A skulk got him near the shuttle doors, and now Steve and I were the only ones left. “Get to the control room!” I called out. “Wait, we need weapons, follow me!” Together, we ran across the landing pad to a pile of weapons that had spilled out of the shuttle. I grabbed a shotgun, and Steve a flamethrower. As we picked them up, the sound of Skulk claws on metal rang out. “The control room! Go go!” Inside, we crouched behind the control panels. They were coming.’ 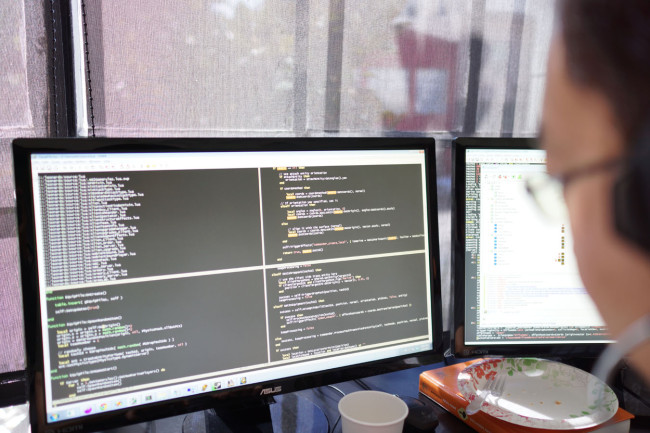 The first Last Stand play-test went much better than expected. The basics worked: Aliens insta-spawn and then flow through the map to the marine fortress area. Throughout the day a few more features were added: Stationary damaged Exosuits placed in semi-vulnerable positions will create powerful defenses for the marines, but won't be able to cover all directions. 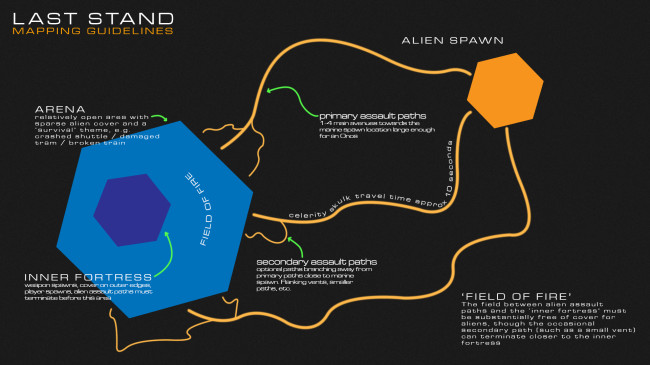 An early version of the Last Stand mapping guide

Maps are a crucial part of Last Stand, and their layouts will determine how fun the mod is to a significant degree. Olmy and Jonacrab are cranking on two maps: Hangar and and as yet unnamed map loosely based on the Docking landing pad. User interface, balance, and many more features still to come!