Much work and progress has been made, and new fans have found interest in the mod. This article will clear up some things for everyone and provide a look into what's coming up.

Well, it's been a few months since the last update, and that's quite too long. I'm happy to report that a good amount of progress has been made, as some of you may have seen in the pictures. The last update was in celebration of reaching 100k hits-and in only a few months after it's already over 140k! This update serves several purposes. It will catch up people who have recently started following the mod, be a refresher for people who have followed for a long time, and let everyone find out new information.

Some pictures will be sprinkled throughout to prevent this from being an otherwise "bland" update. 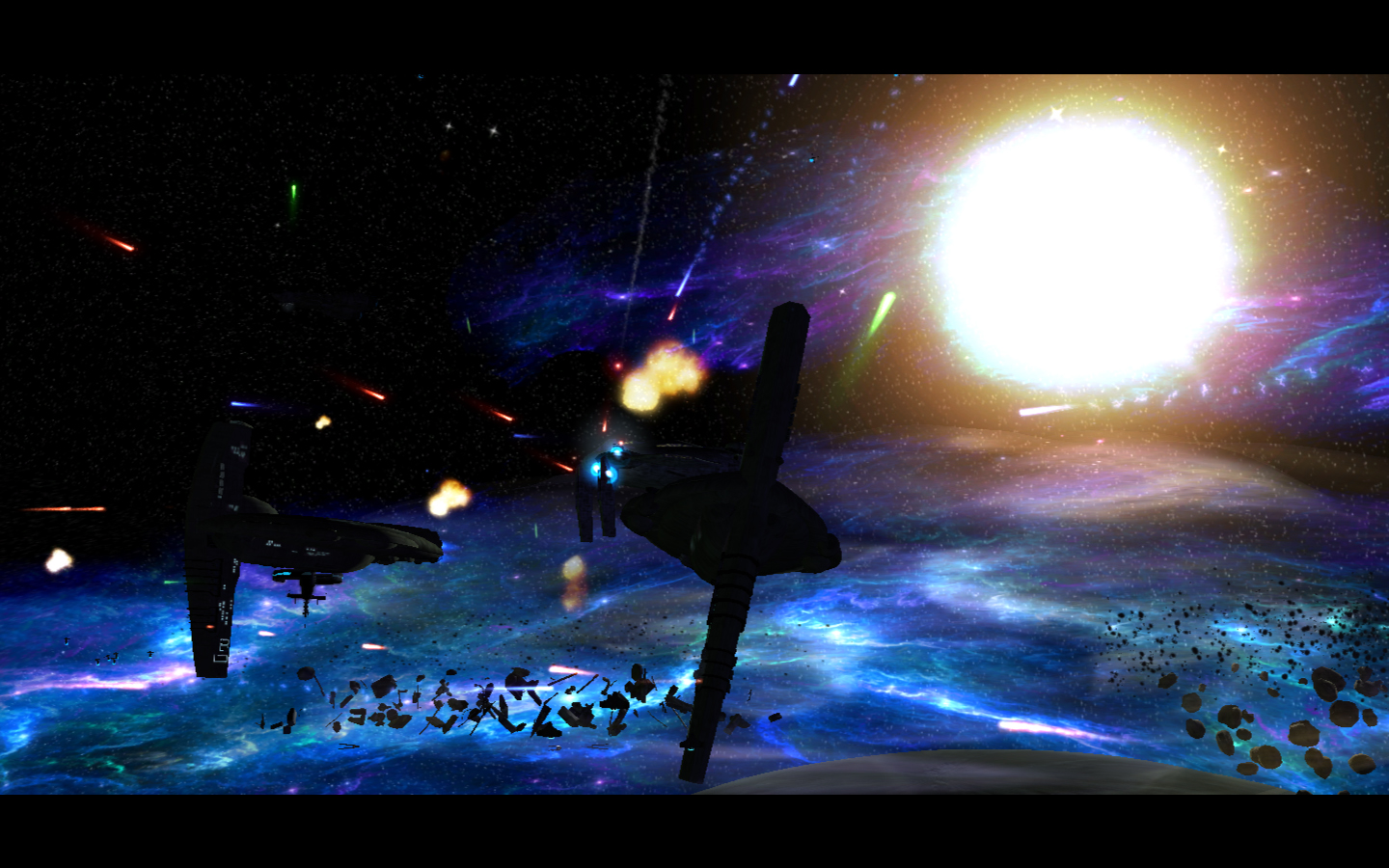 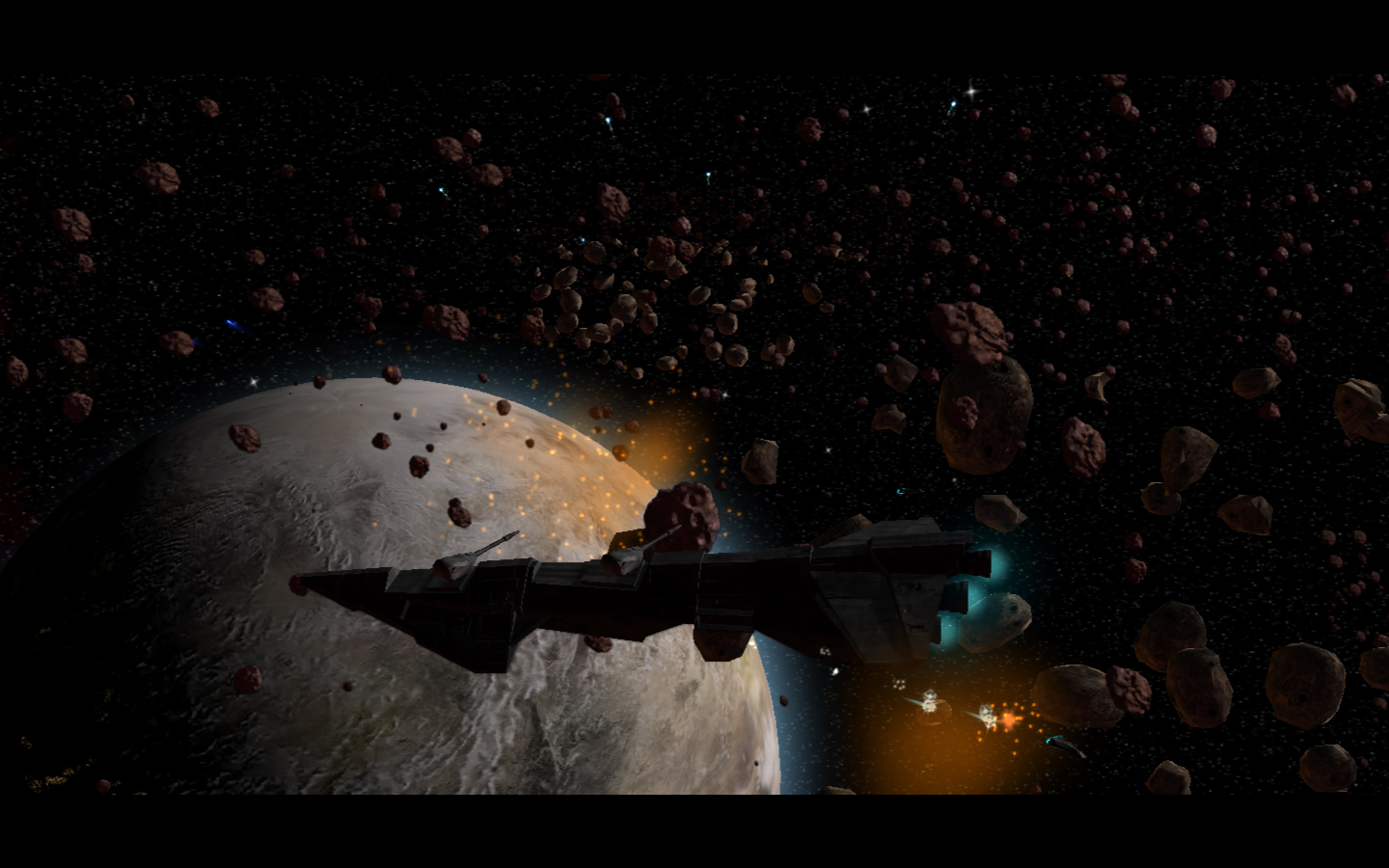 
A. "Legacy Era: Second Imperial Civil War" is a modification for Star Wars: Empire at War. Its goal is to bring into focus the Legacy Era, but more specifically the Second Imperial Civil War. It originally started out as a small project entitled "Legacy Era Mini-mod," but has since then grown exponentially and undergone a name change. You will play as either the tyrannical Krayt Empire, freedom-seeking Galactic Alliance Remnant (with help from Fel's Empire-in-Exile), or the obscure Confederation Revenant. Each faction will have in-depth coverage in coming news articles.


Q. When will the mod be released-do you have a set date?
A. There is currently no set release date; I do not have even a general month planned out for release. It'll come when it's done, that's all I can say. I rushed the last release and look at how that came out. This time will be different. I've been completely overhauling and revamping things since the end of August-projectiles, ships, hardpoints, graphics, and other things yet to be revealed. I only can say that this mod should be released before 2012 comes around, but even that is indefinite.


Q. Will land be included?
A. Well, yes and no. Yes, because I'm not removing it, but no is the true answer for what the question is really getting at-land is not getting done for the next release. Unfortunately it may never, but I hope that resources will become available afterwards to work towards converting the land portion as well. It'll just be space for now.


Q. What about campaign and galactic conquest?
A. I do have several ideas in mind, and I have a couple people who will be helping me out to code them since it can be very time consuming. I won't reveal details yet, but that will come later on. As for campaign, there will be no new campaign. Those things are seriously a pain to mod, even for the most experienced modders. There will be several unique scenarios for GC, and they should prove to be quite fun and interesting. 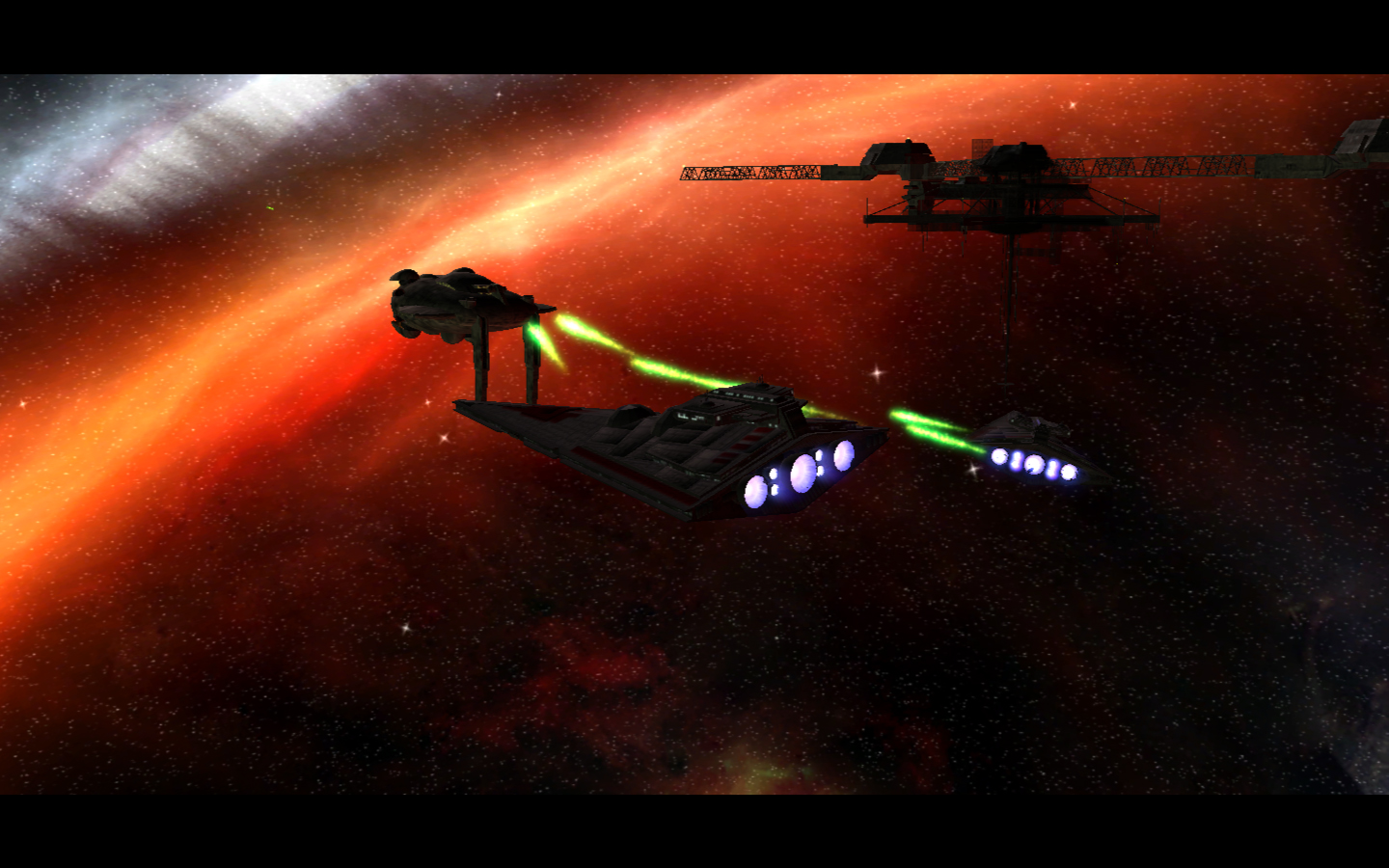 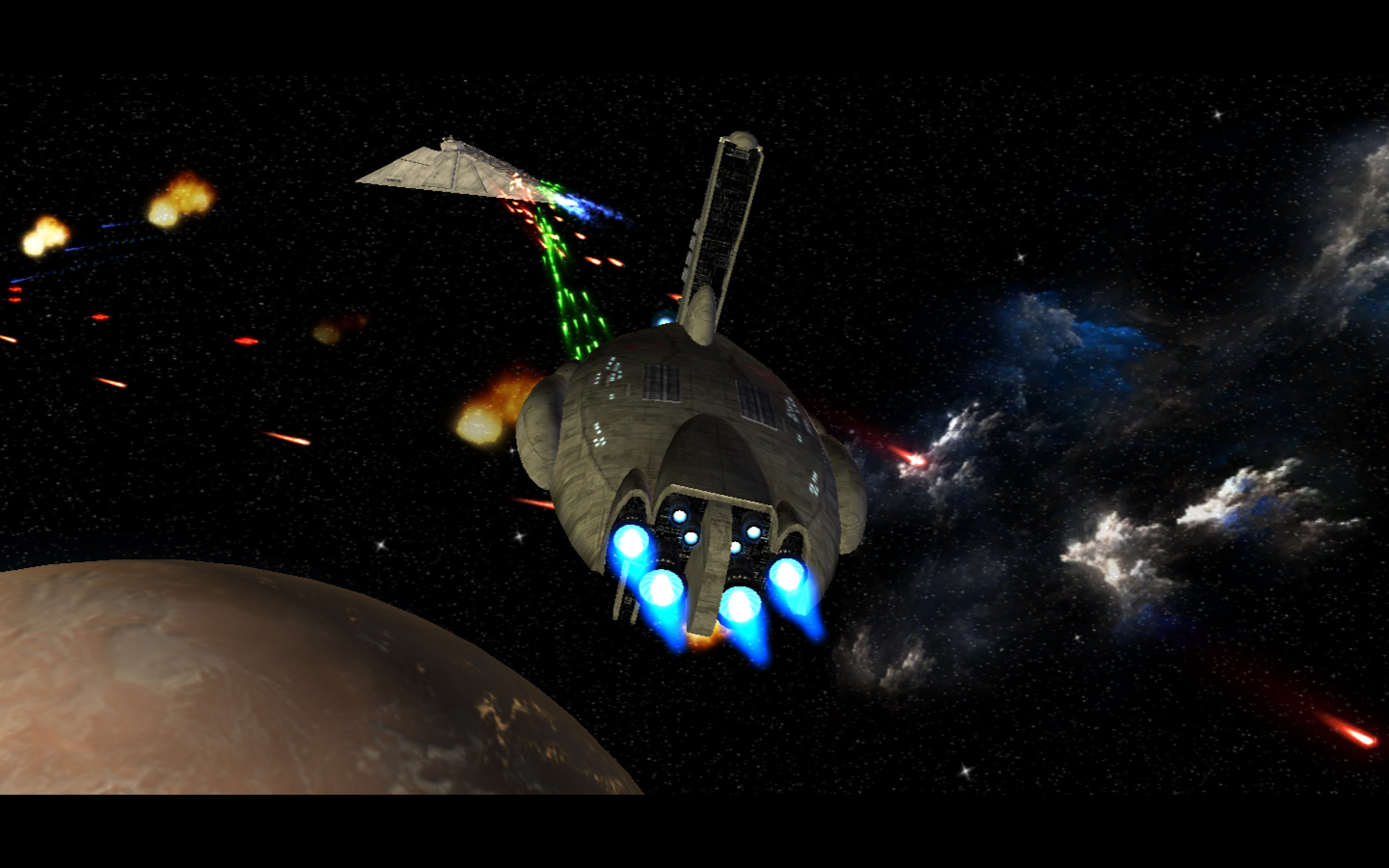 Q. Anything special or unique that you plan on doing?
A. Well, I like to think that the mod itself is special and unique ;), but that's just me. I can tell you that I will be adding multiple space skirmish maps with the mod-they will be made to accommodate the mod's style. But what I'm really excited about is adding a new kind of skirmish map. These several maps will be very different from your normal battle-something I like to refer to as "Survival." The premise is quite simple, but I don't want to spoil the surprise. More details will come as time progresses.


Q. What's with this Confederation Revenant?
A. The Confederation Revenant (also called either the Confederation or CR for short) is the non-canon third faction in the mod, replacing the Zann Consortium. The CR is formed out of several parties. There are complete worlds/systems that are known for having highly independent strides, such as Bothawui, Fondor, Mandalore, and several others which has joined together alongside ex-Imperial and ex-Alliance government officials and military members, and executives or engineers from major corporations such as CEC and KDY that have stolen older or experimental plans for vessels. The reason for them coming together was to reform the Confederation. They view both the Empire and Alliance as incapable, bringing only chaos to the galaxy. To this extent they do not view the force as a light or dark side like the Empire and Alliance, but a means to an end, and not a religion of sorts. They want to bring balance by eliminating all Jedi and Sith. Many members are people who defected because they see the governments as ineffective. Everyone has their own reasons but are all united.


Q. And what about all their strange weaponry?
A. Their weapons definitely are unique. The Confederation is devoting extensive time and research to the development of new and experimental technologies, while increasing the efficiencies of modern tech. The list of new or improved weapons includes plasma weapons, mass drivers, disruptors, and proton cannons. The next article will have more specifics about these things.


Q. What can we expect in the coming weeks from you?
A. In the coming weeks there will be several articles, explaining things mentioned in this article. There will also be more pictures and info about the CR's ships. Another thing that will be touched upon is the heroes for each faction. Since I have off next week for winter break over here in NY I should have plenty of time to do these things. You can also expect at least one video in the next month as well. 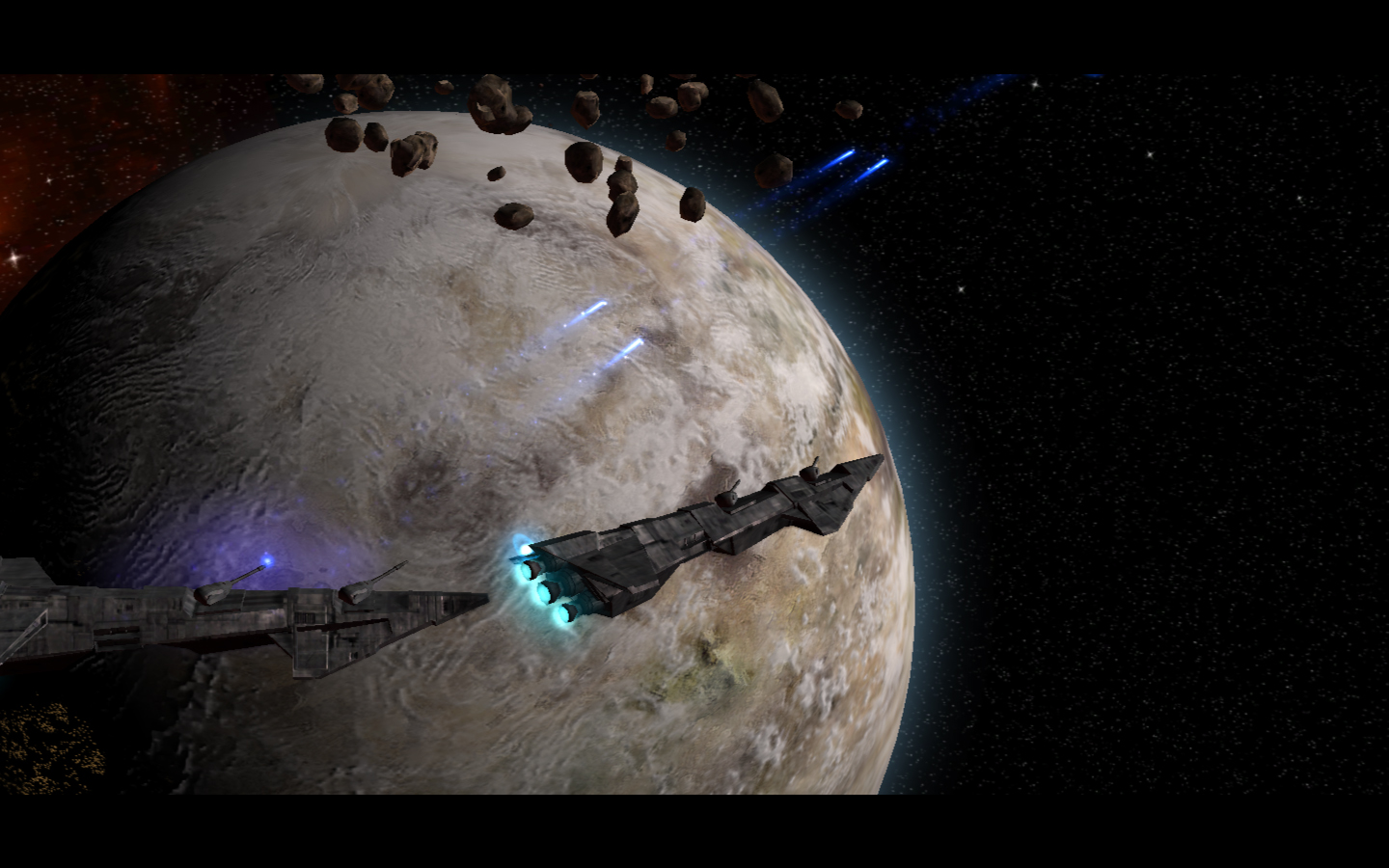 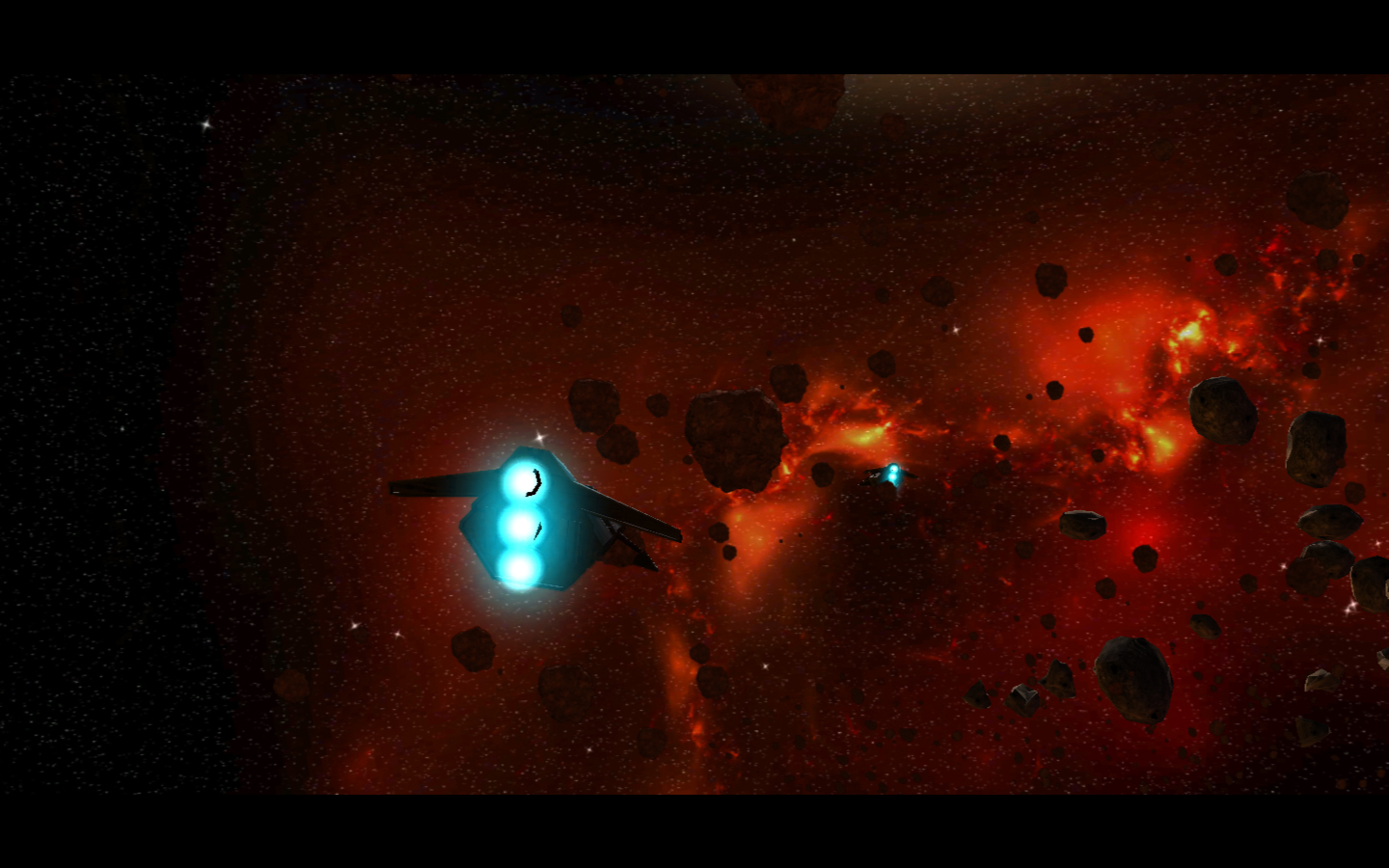 In honor of irony, here are some pictures of the Defiance-class Heavy Carrier. The ironic part is that this same week the new episode of NCIS was called "Defiance," and Bungie also announced on Monday that the new "Defiant" map pack for Halo Reach is coming out in March. Enjoy! 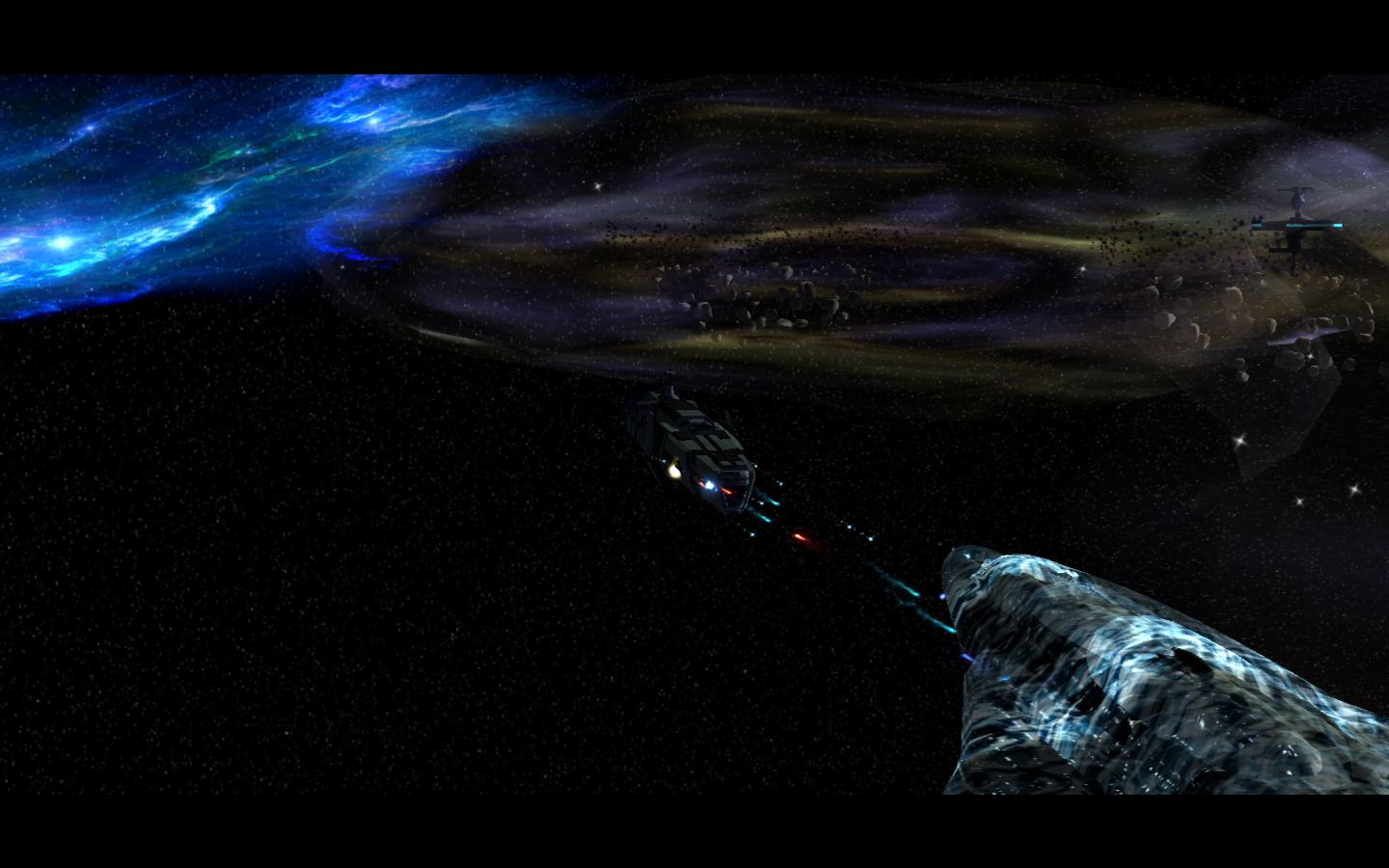 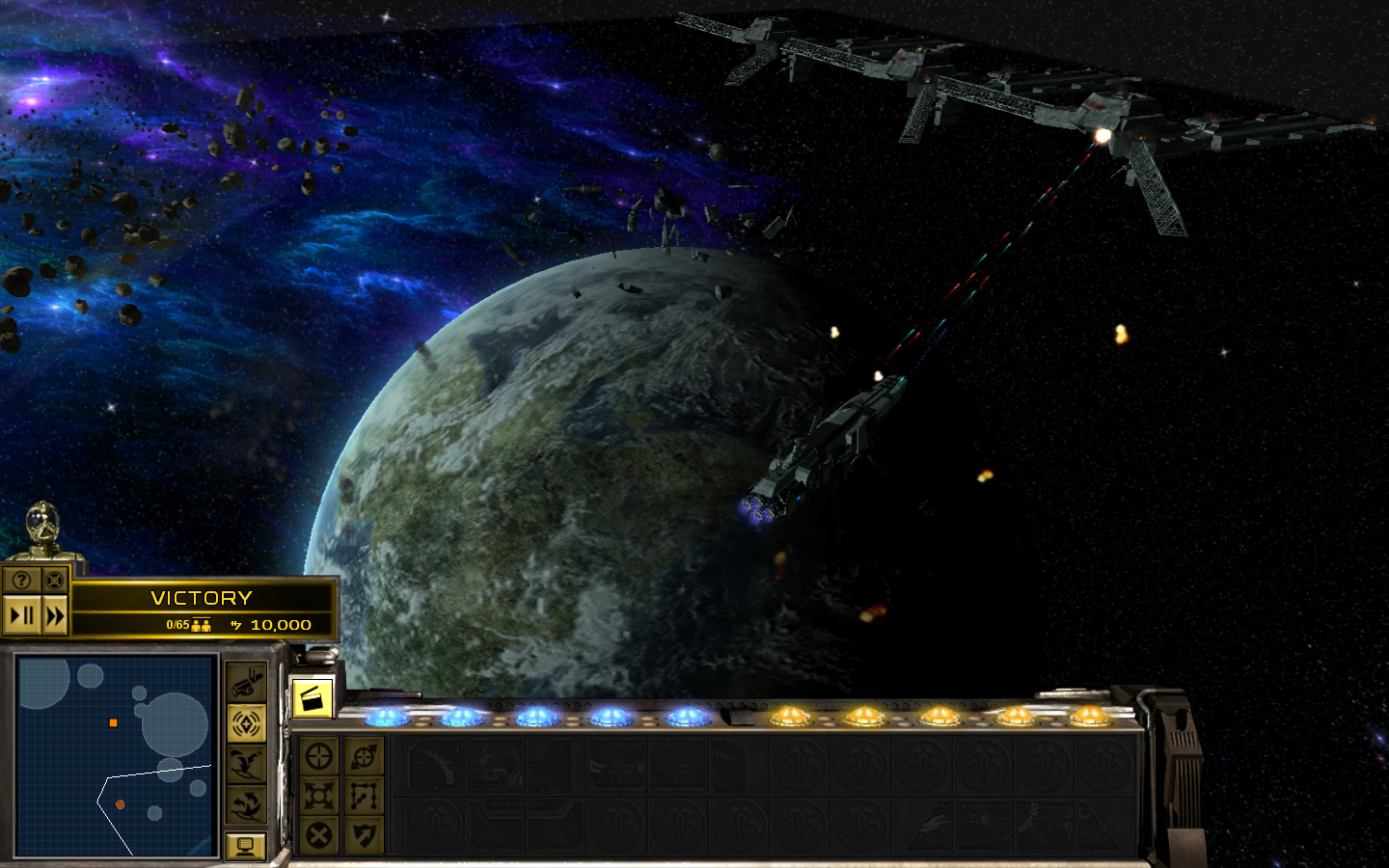 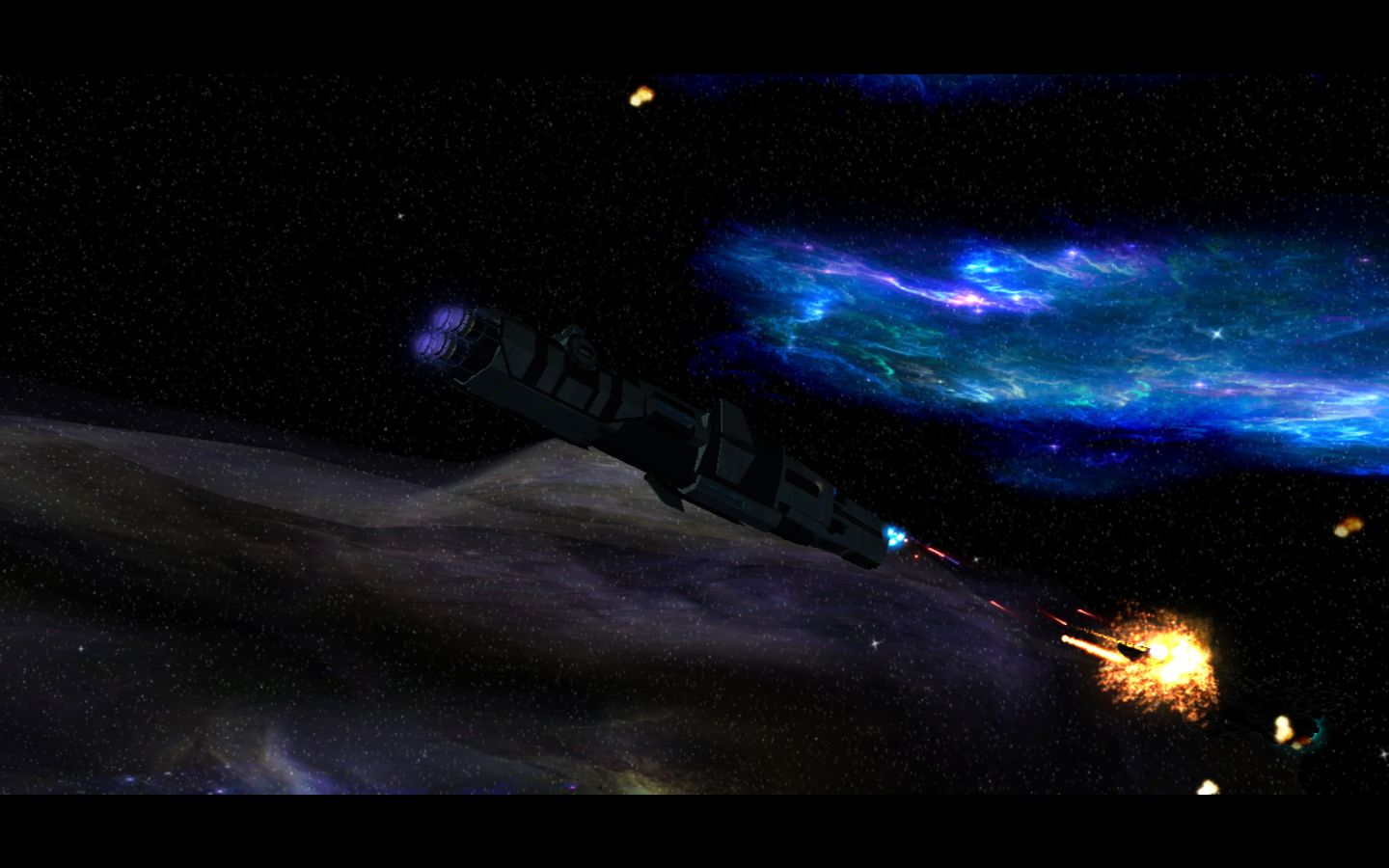 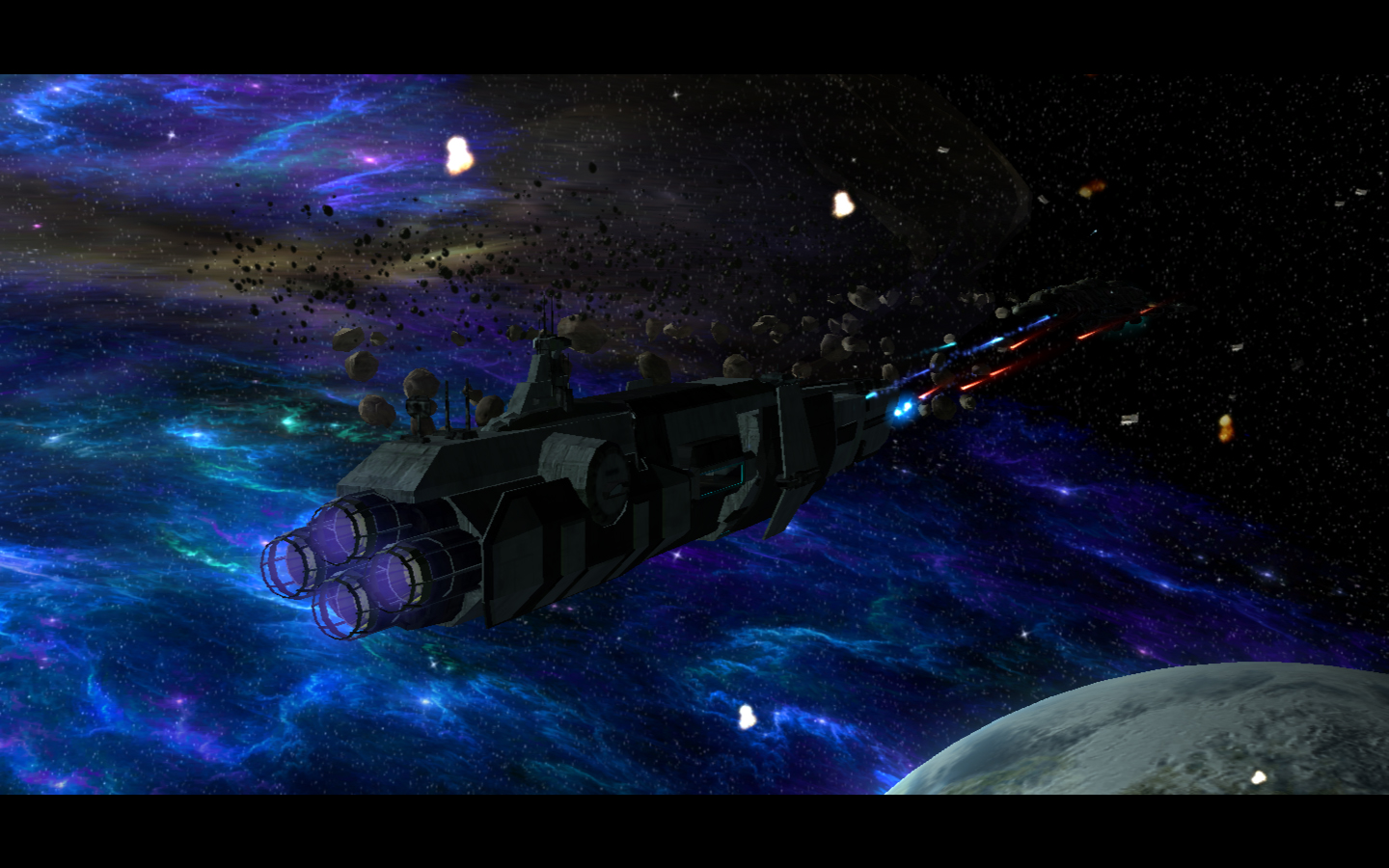 space battles are much cooler anyway

Damn before 2012 ??? That's cool i am gonna play this before the world ends but then i saw there will be no land...i am disappointed, i follow this mod for such a long time and now you say no land :(

I say that land is suck ;)
cheese what you plan do with aramadia destroyer, you can put him in alliance like hero ship
and give to alliance moon remonda cruiser and mediator cruiser like ships of line or heroes, in empire I would put Praetor Heavy Cruiser and to confederation maybe corelian battleship
heheheh no more droids ;)

The Aramadia SSD is removed since it didn't really fit in. Also, The Mon Remonda was destroyed by a World Devastator, the Mediator and Praetor were produced in limited numbers-not to mention the Praetor came from the time of the Galactic Republic. I don't want to make this mod any more uncanon than it already is, and ships have already been decided for the next release.
If this was more of a New Republic Era mod then those ships would fit nicely into it.

Dude, just release it. Every MOD I've ever seen says these grandiose things and then the mod never comes out, ever.

Look at mods like RotM, Thrawn's Revenge, Alliance, etc., they've done more than I said I would and have already been released.
I'm not going to release a half-finished mod because it's stupid to do so, and then everyone would complain about bugs and such.

Well, you're right. I support the MOD and hope you can get it out as soon as you'd like. I loved the first incarnation and this new one is definitely looking better.

I just had a thought...is it possible to change what kinds of ships your space station will call in for reinforcements? If so, you should try to make them more appropriate to the era.