Happy birthday 99 Bolts. It's been one year since I first started work on this huge wasteland-themed crossbow assassination mod.

Wow, look at that dreadful title. One might think I had resigned to some kind of grizzly fate. "2010 Mid-Year Update"? Yes, it's true...I will be updating far less than I have in the past, which by comparison is far less than I updated in the distant past. The upshot is that I get to surprise the community better when I do come around to show off my pet project.

Well, not exactly. You can't really have a birthday until you are born into the world and get to explore the planet for a while. But I am celebrating anyways because about 1 year ago last month, I started this project. And my, how it has grown. It has quite possibly grown well out of my control. But still i hold the reigns of power and with great patience, I try my damnedest to please the mod community. For example, here's a new video!!

In addition to having two videos to watch, check out the awesome screenshots posted below. 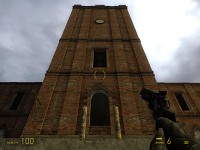 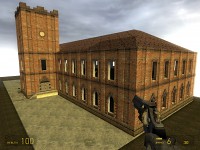 This large brick building will be home to some crazy wastelanders, so, uh, watch your footing... 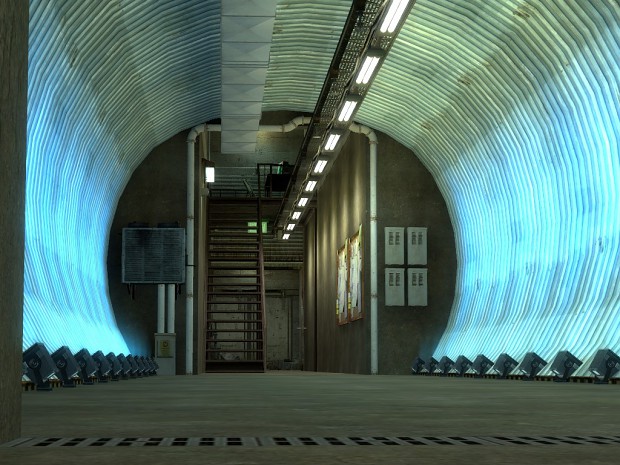 And this awesome place - well, let's just say you will visit this place at the end of the game.

Guys, this may not really seem like much but I have been busy working for a few other mods, so my time has been short. Not to mention my military affairs are not over YET, so my work will continue to suffer until I get them resolved. Yikes. So anyways, I hope you enjoy this paltry offering. (BTW, I saw the Dear Esther updates today and nearly deleted my entire mod folder, so yeah. That guy is a real one man army in the world of modding. Truly amazing work, everybody should check out his work.)

99 Bolts is officially going into radio silence from now until much later. That means I will not even think about updating the mod page for a very long time. I may occasionally throw up a few pictures but I want to really knock the socks off my friends, watchers, and followers. Don't be discouraged if the next update doesn't take place by the end of this year. I truly appreciate all your assistance, guidance, and support through the last year. And I hope to bring you a much wider variety of wasteland / salted earth sometime within the next 9 months.

In the meantime, feel free to periodically check out the other mods I am working on, one of which is another one that I started. Also check out the set of maps I released called Chasing Winona. You might be wondering why I opted to work on so many projects. I mainly did it so I could escape that sense of "boredom" that I feel from working on one single project for too long. As you can see, I manage to find time for everybody, and I like my setup.

Although I would never abandon one of these projects of my own free will, I feel no shame in telling you that the most important project to me is 99 Bolts. And as the video says - this project will never die. Thanks for watching 99 Bolts, and thanks for watching and supporting all the other mods I work on - however unusual they may be.

(BTW, it's either Ben on the street, joe_rogers_11155 on the web, or Zonbie on Steam. All one guy. I don't know the hows or whys of this naming convention. I am an idiot, lol.)

I like your stuff man, good thing I found this mod because this really looks promising. Keep up the good work!

I'm tracking them all and I hadn't noticed.

check omars site it´s such good music, believe me. one of the greatest talents of the century!

Omar Rodriguez and The Mars Volta - along with Godspeed You! Black Emperor - make up my entire personal soundtrack of 99 Bolts. I **** you not.

well, the mod may never die, but I'm gonna someday....

anyway, hope it gets finished someday! and good luck

you ARE gonna die some day...and I guess that's the point

Would the collaboration technically add yet another mod to your list?

only if you want to add me to Field Zone officially. I would totally start working on Soviet Bloc architecture for that mod...I am also thinking that a huge murky swamp would fit into Field Zone.

I really like that brick building and the last level! Good work

my only vice is the hl2 models and skins in a world that has nothing to do with hl2. though if im wrong please fill me in.

This mod takes place in the HL2 universe.

I just wanted to say "THANK YOU" to whoever modified my news post to look better than when I posted it originally. I am such a noob,