Weekly Update Number 9 for "Battlefield Vietnam: Operation Remembrance": Current progress and a video showing off some REAL gun sounds in the mod!

Well, despite the fact that I haven't had much time to work on Operation Remembrance, I do have some good news: Battlecraft Vietnam is cooperating with me again and hasn't been corrupting my maps, so hopefully a few more days should see me back on track with the mod, although because of the recent delays I've decided to push back the posted release date to November of this year, not October. This is to allow me more time to do some fine-tuning and debugging to make sure the game runs well for its release. Next up on my list of things to do is continue with the maps. 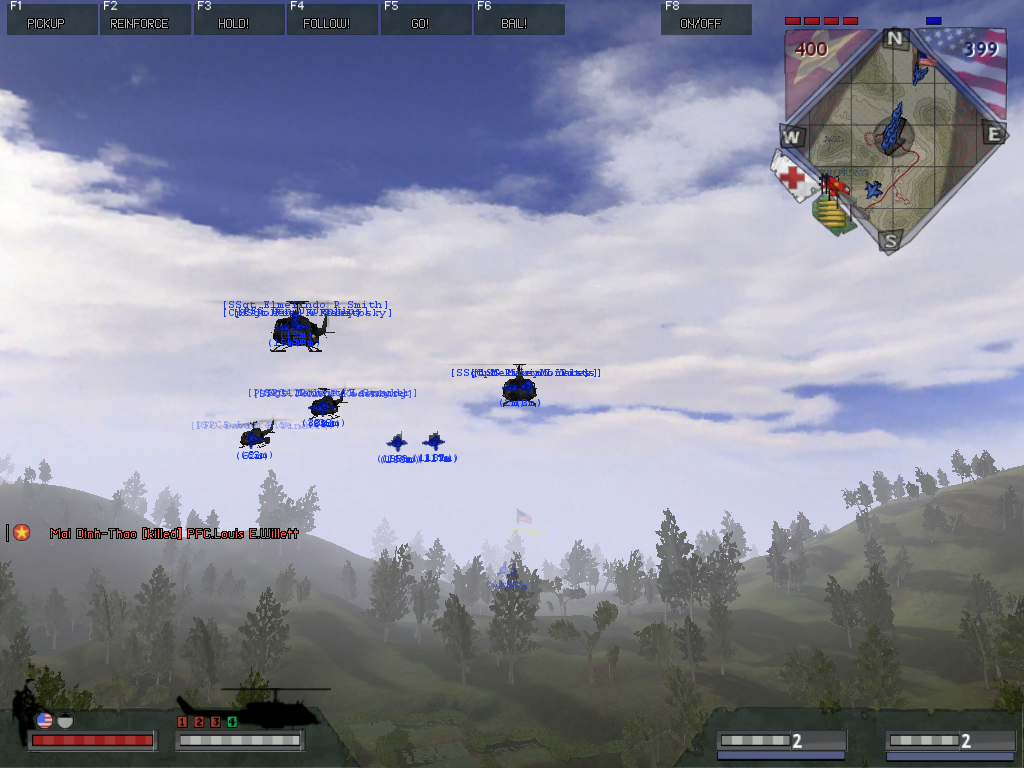 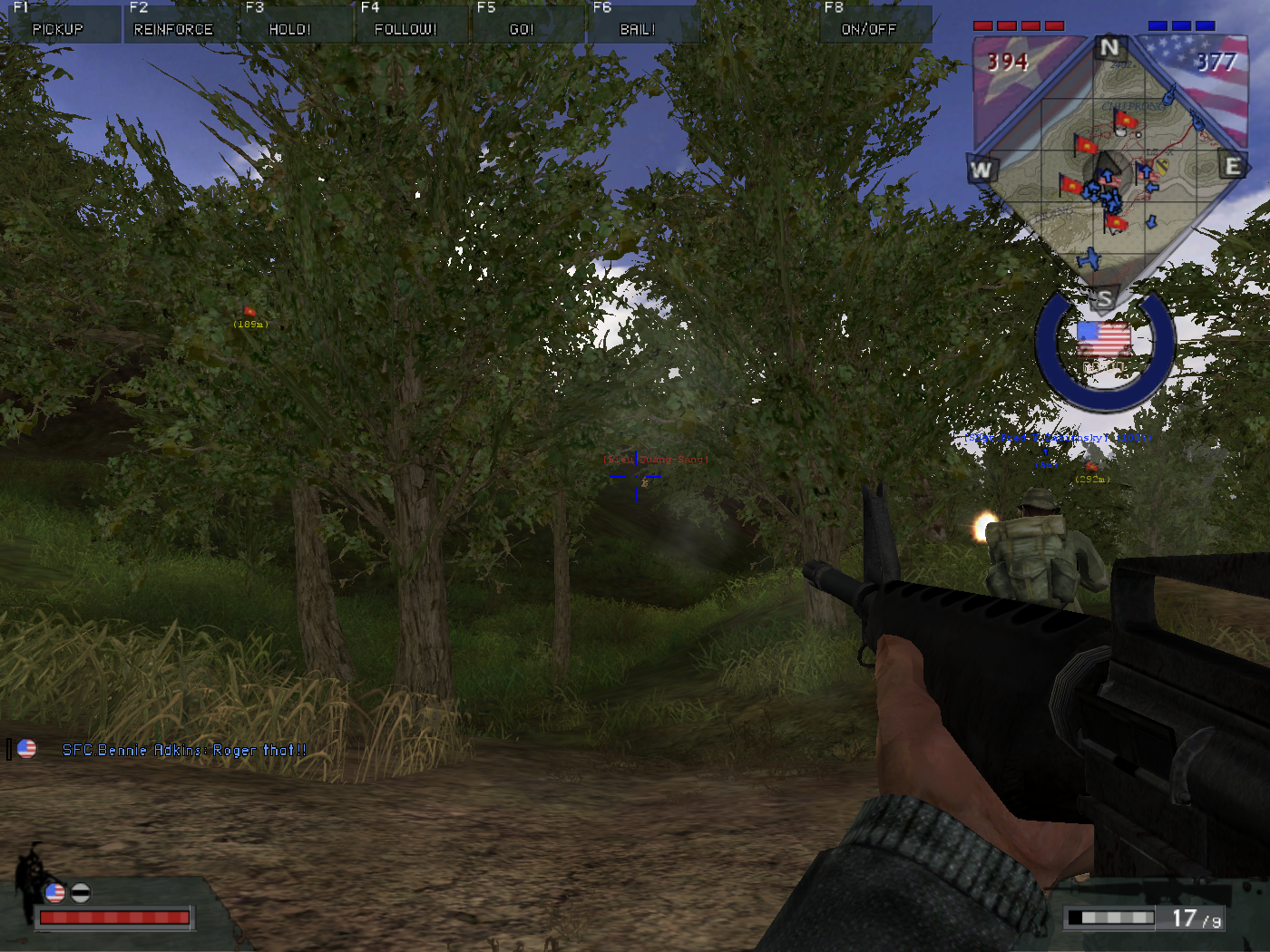 Members of 2nd Platoon, B Company, 1/7 Air Cavalry defend their position after being cut off from the main 1/7 Cavalry force at Ia Drang Valley. 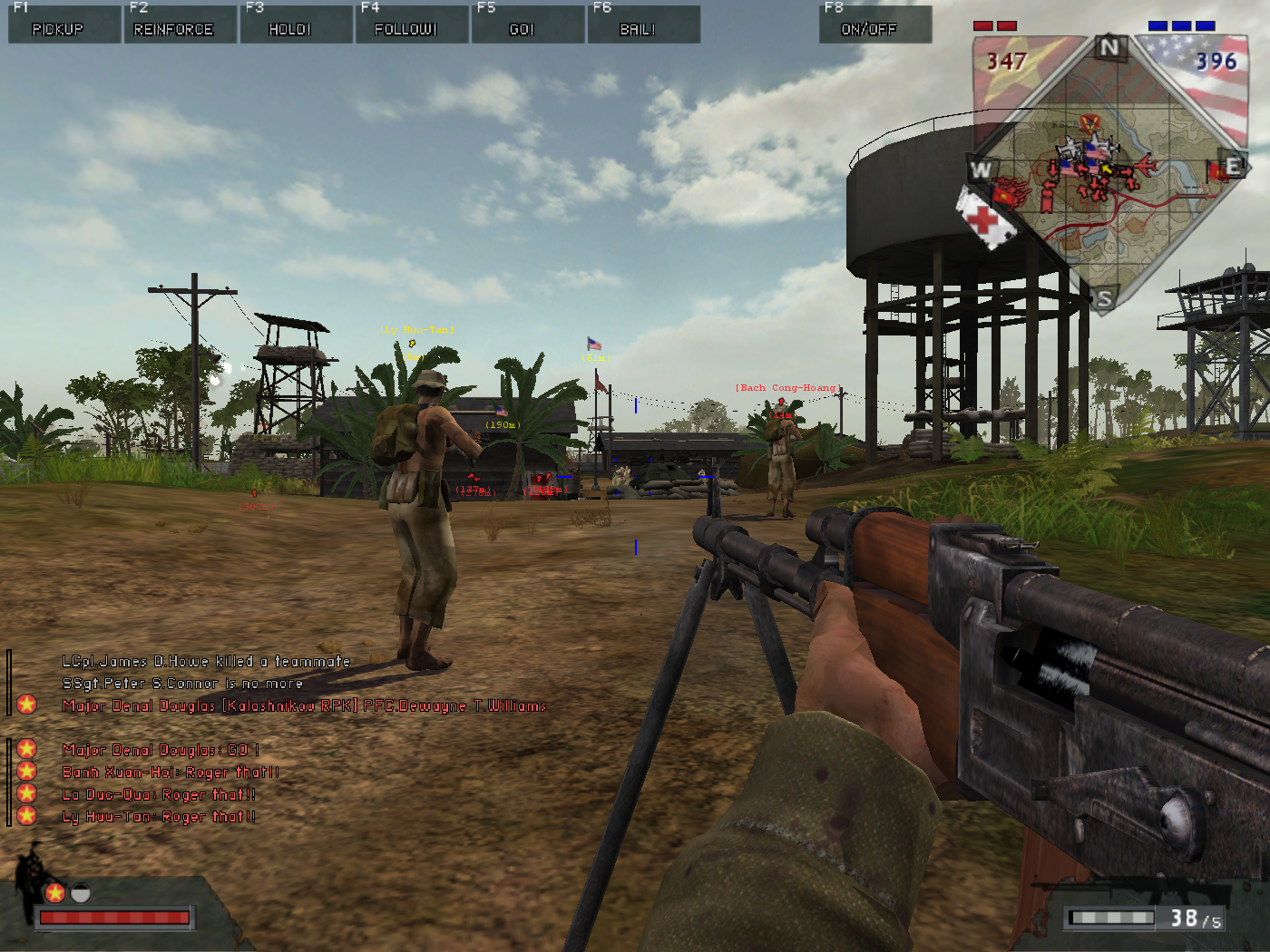 NVA troops armed with Type 56 rifles and an RPK light machine gun push forward into Khe Sanh Combat Base towards the barracks.

I'm happy to announce that most of the guns included in Operation Remembrance will feature real gun sound effects! That's right, almost all of the guns in the mod will make the firing sound of their real-life counterparts!

this is awesome, the ai really look like theyre part of the action here, id love to see someone overhaul the ai for bf1942 and some of its mods, maybe ill have to learn some old refractor code and do it myself one of these days.

Yes, the bots are much more involved in the fighting now, although there are still some things they can't do well and weapons they can't use properly or at all, and there will always be some problems and generally odd behavior from them. But for the most part I've got them working much better than in the base game. I haven't said anything officially because I don't know if I'm going to do this or not, but I have considered making a mod for Bf1942 and the two official expansion packs to improve the AI, make the weapon loadouts more historically correct, and maybe add a few more vehicles, but it would be something fairly small. Not nearly as large as Operation Remembrance.

This mod still looks really sweet, though I do have to admit the real gun sounds don't sound that great. They seem really airy and out of place in the environment because of how different recording the sound of a weapon firing (in varying qualities at that) is to actually hearing it. If you want an enhanced sense of immersion with the weapon sounds I would recommend possibly sourcing from other games with a similar goal in their sound design like Rising Storm 2 or Squad. Something I usually do when I work on my own projects is mix different sounds together and edit them to achieve the exact sound I'd like, that might also be worth considering. Everything else still looks great though, keep up the good work!

Might be the quality of the video recording. When you actually play it, almost all the sounds fit perfectly. And there really isn't any "recorded at varying qualities" because almost all of the sounds were taken from the same source, recorded with the exact same microphone in exactly the same location. I did stick with "fake" gun sounds for some weapons (M60, Madsen M/50, Owen, etc) when I couldn't find a real sound that fit properly, but I'm trying not to do that except when it's absolutely necessary. I certainly don't want to take anything from similar games because I want Operation Remembrance to stand on its own and not feel like it depends on a completely different game.

All the non-weapon sounds in the video seem fine to me, but I suppose there could be something off with the recording. I'll try it out myself when release day comes around and offer further feedback from there, sometimes it just takes a little getting hands-on.

I also just remembered that volume control is important. If the game volume is too low, the weapon sounds won't come through quite right. That might be the problem you're getting. There's a balance between having the game loud enough that the sound effects work properly without everything being too loud. It might take some trial and error to find, but that should fix the problem. I should have mentioned that before, but I put the sounds in a while back and kind of forgot about that problem even though I did run into it at the time.

Yeah that might do it, taking another listen at the video there does seem to be something slightly off with the recorded audio in general and I'm not sure how I didn't notice that before, maybe I was too tired. That said, looking forward to seeing how these sound in the field!

Hope it does work out alright when you do get to play it, and I'm glad you're still looking forward to it.