After almost ten months of (unfunded) development a lot has happened!! We are still not ready for early alpha but check out the progress so far.

It's been 9 months or so since development officially started and a lot happened so far.

Since we didn't get funded (our fault, campaign was badly executed) things have gone slow, but progress was made, let me show you.

With more than 10000 lines of code, most of the game infrastructure has been laid as well as some of the basic systems like terrain rendering, battle turns and combat skills, both on the server and the client sides. A lot of the design and coding effort was set in making everything as extensible as possible since we aim for a heavily "moddable" game.

Graphics are by no means the main focus in Ars Tactica but since the concept phase, we wanted to smooth the overall visual experience. The rendering of the terrains is a key feature to accomplish that goal and lets face it, a lot more interesting than looking at lines of code and statistics...

Because the world doesn't know hard limits, we have made seamless texturing optionally available for any type of voxel (block). 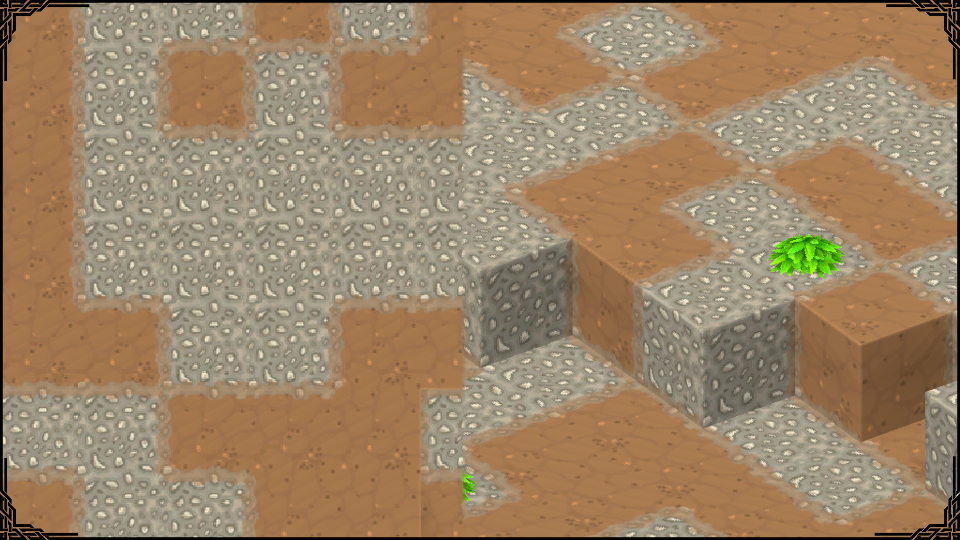 Textures connect dynamically if the type of the voxel allows it (and the texture pack supports it) both vertically and horizontally. If you pay attention, buried resources can be located in a glance ;)
But of course, this doesn't make sense for every type of terrain, metal tiles or bricks don't usually mix with the dirt as softly and that is why a voxel is free to disable it.

As much as we love the simplicity and malleability of cubic voxels (just blocks), the hard borders can be harsh to the eyes. To help a little with that we have implemented a very subtle and soft border easing while keeping the cubic geometry. 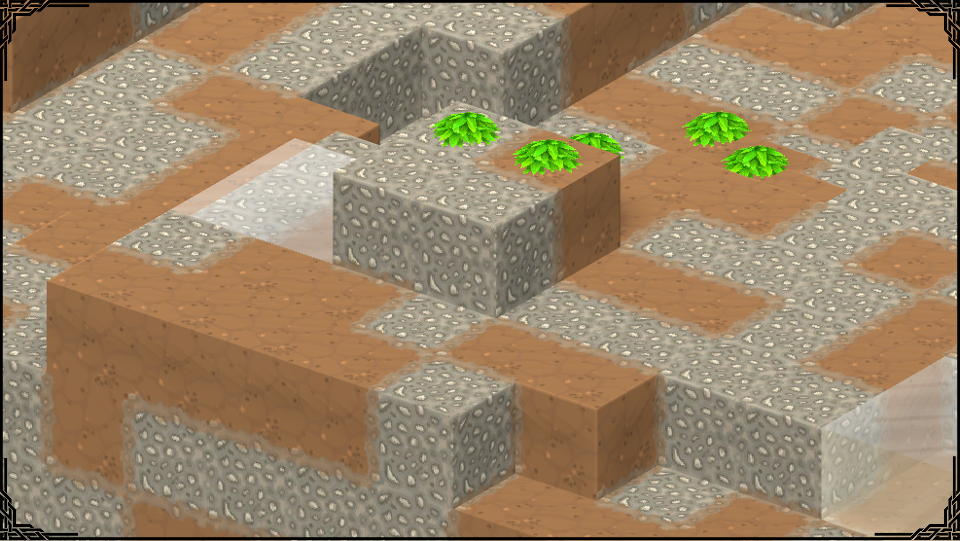 Not everything in life is perfectly cubic and Ars Tactica is aware of that. Each voxel type can define its own shape and even more, do it dynamically while aware of its context. 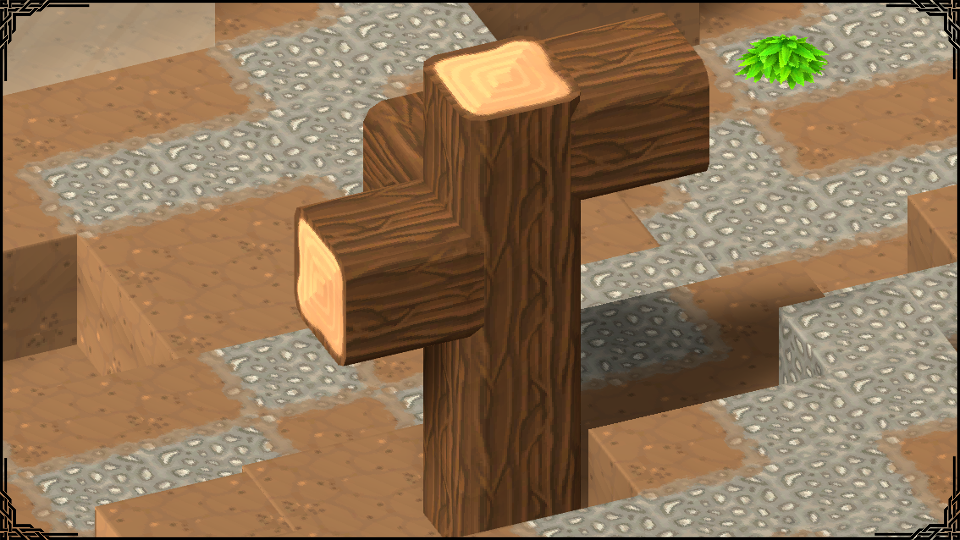 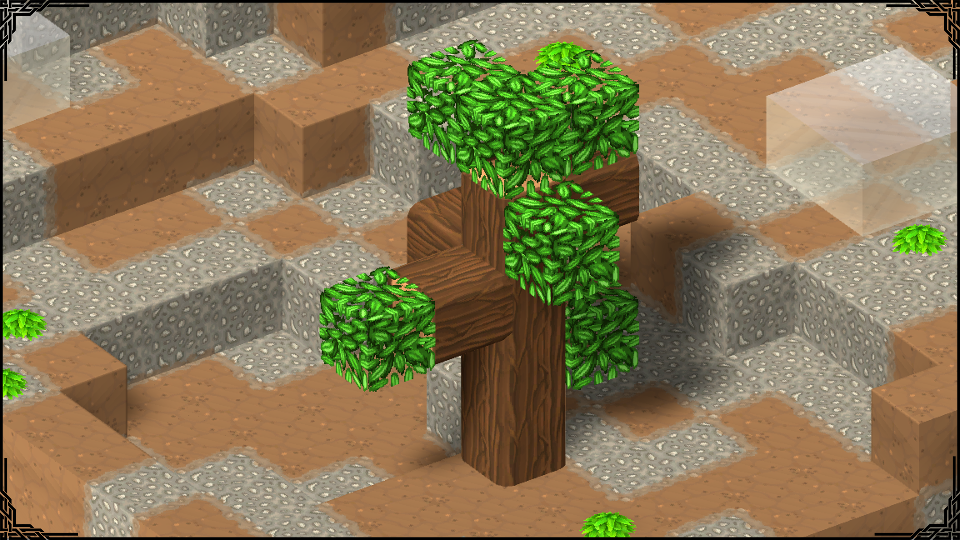 Closing in on a tree we can see how the log voxels are rounded, while the branches' shape changes to correctly connect to the main trunk.

We really wanted to show off some of the cool terrain rendering features but a lot more is yet to come. In the next months the focus will be on completing the turn and combat systems and bring you some videos or who knows, maybe even a little pre-alpha-broken demo :P 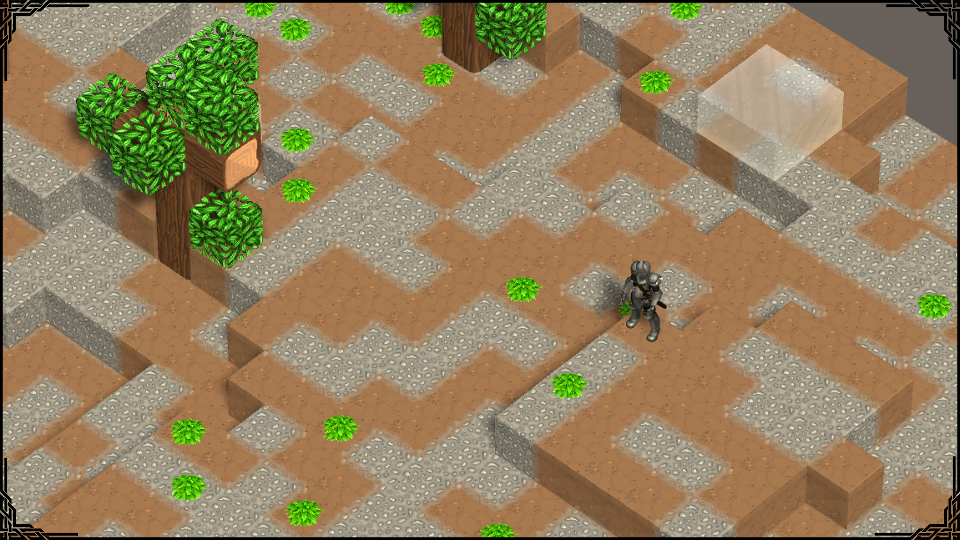 Stay tuned and join us on IndieDB and Facebook.