Weekly Update Number 5 for "Battlefield Vietnam: Operation Remembrance": Current progress, and a look at the new version of the AC-47 gunship.

Well, it's been two weeks, and I'm happy to say my prediction in "Major Changes Coming" was almost perfect. I said the new changes would take two weeks or a little more to implement, and it looks like it's going to take about 15-16 days. The total overhaul of the kit system is complete, and now I just need to add the new kits into the maps which were previously marked "finished" but are now slightly out-of-date. I should be back on track in just a few days, and all that will be left to do is finish the maps and do test-playing and debugging. Another positive to the kit system overhaul is that I added some new weapons I probably wouldn't have otherwise, including the Soviet F1 grenade and the Gerber Mark II knife. 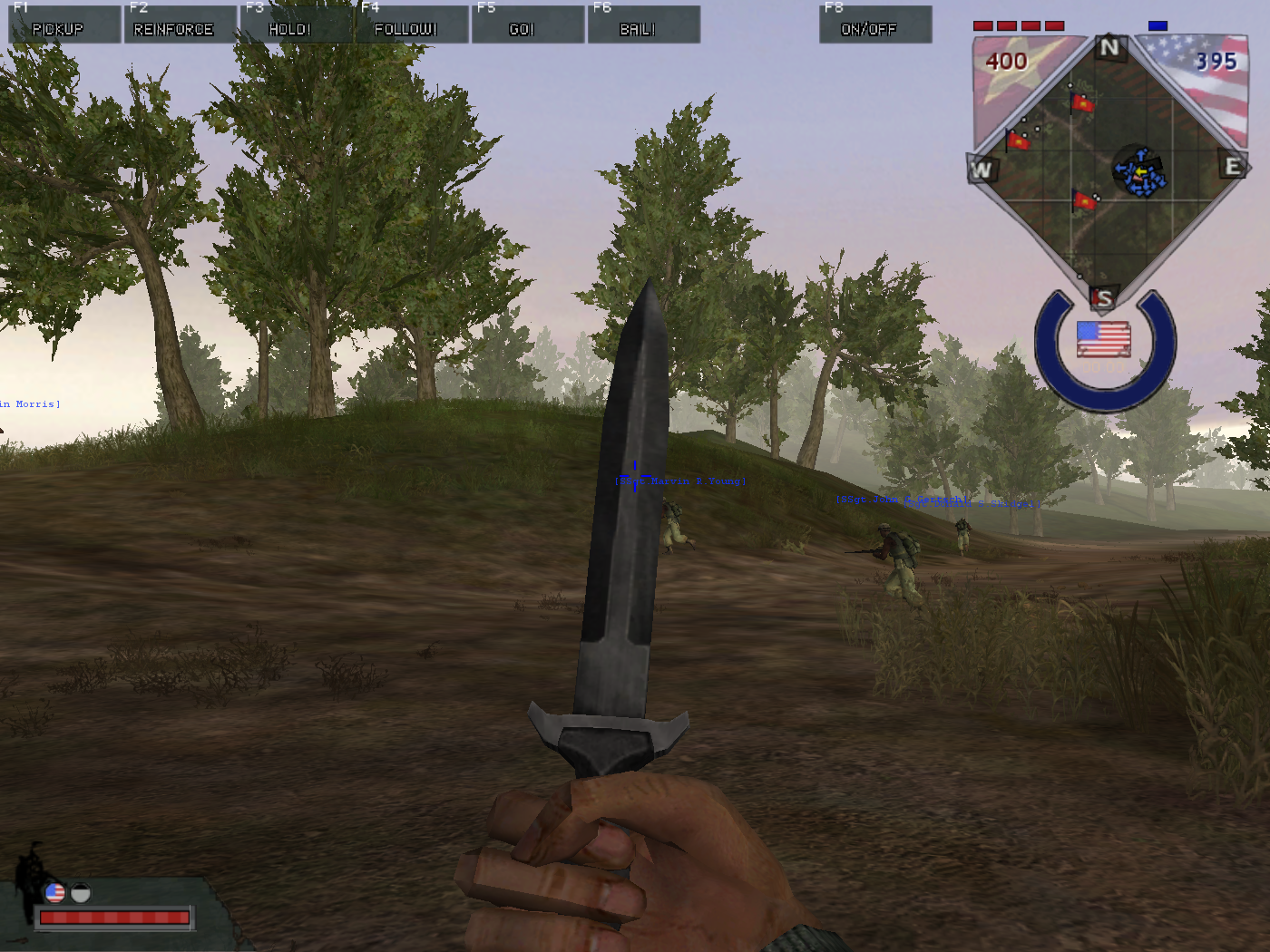 The only bad thing about the update is, as I said above, all of the maps that were finished are now back to not finished, so at this point, NONE of the maps are fully operational. Some will only take a little while to bring back to completed status, but some will take longer. Landing Zone Albany, for example, is being completely reworked from the ground up. The original Operation Remembrance version of Landing Zone Albany removed the northern-most flag (LZ Albany) and the US starting point to the west (LZ X-Ray) and made the US forces break out from the center landing zone and capture the surrounding NVA control points. The new version will be a hybrid of the two: instead of the US and NVA starting almost side-by-side and having to capture all the neutral maps, the US starts from LZ X-Ray and has to break through the NVA positions and capture the other two neutral landing zones. If the US forces can't capture the landing zones, they'll have to wage a war of attrition against the NVA, who will have the advantage.

Now either I'm an idiot or ModDB's poll system doesn't work very well. I had to vote in my own poll just to see the results, and the only way to stop it was to delete it. I put up a poll a few days ago asking if I should delay the full mod slightly to put out a one-map demo. I considered the poll closed as of 1200 EST last Saturday, 8/21. Not including my vote, there were seventeen votes total, eight in favor of the demo and nine against. That means my original plans for the demo (an entirely seperate map that wasn't going to be in the first release) won't be happening, but the results were so close that I'm thinking of making a demo with a map that WILL be in the first version and has to be completed for the full mod to be released anyway, which will only add an hour or two of work instead of several days for the original demo idea I had. That way the people who want a demo will get one, and the people who want the full mod as soon as possible will get that too.

I WANTED to do a special video for this week's update where I show off some new gameplay mechanics, but since none of the maps function properly, that's going to have to wait. Instead, I've added some screenshots from partially-functioning maps, and I was able to put together a video for Operation Remembrance's version of the AC-47 Spooky. 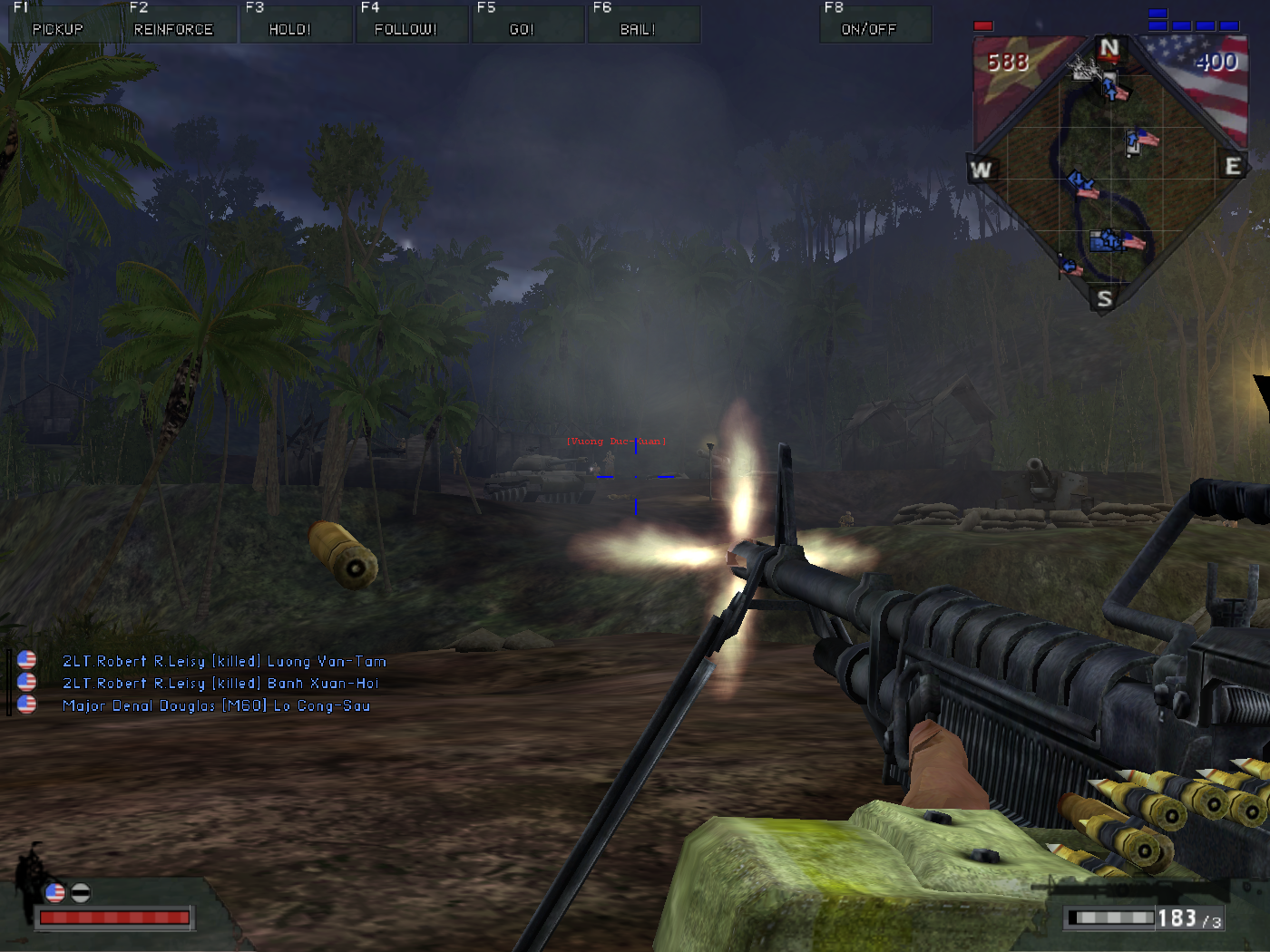 A Special Forces Gunner fires his M60 against attacking Viet Cong troops during the Cambodian Incursion. Note the extended 200-round belt, unique to the M60 on maps featuring US Special Forces. 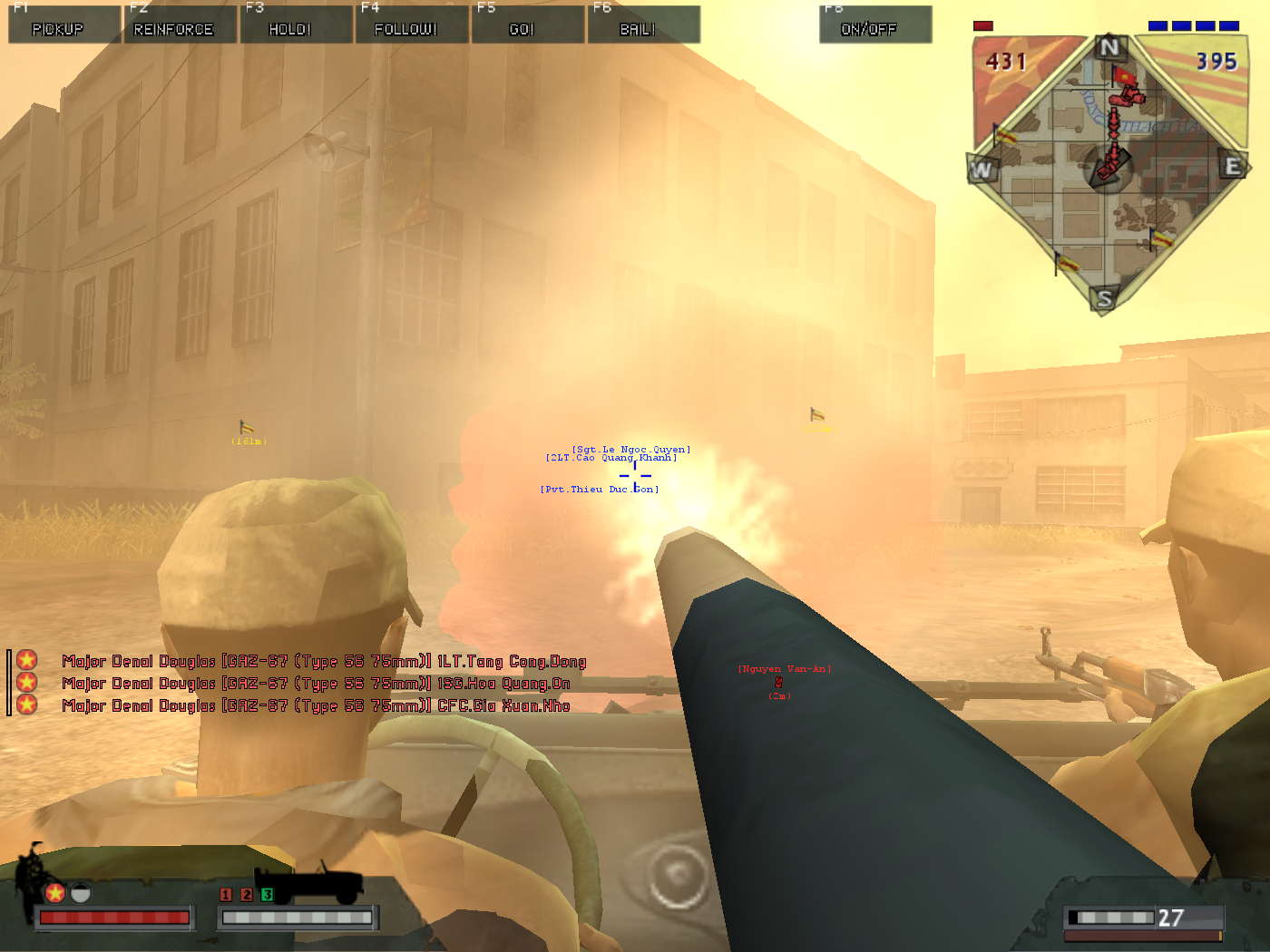 An NVA gunner riding in a GAZ-67 car fires the onboard Type 56 75mm recoilless rifle at an ARVN M38A1 Willys jeep during the battle of Quang Tri in 1968. 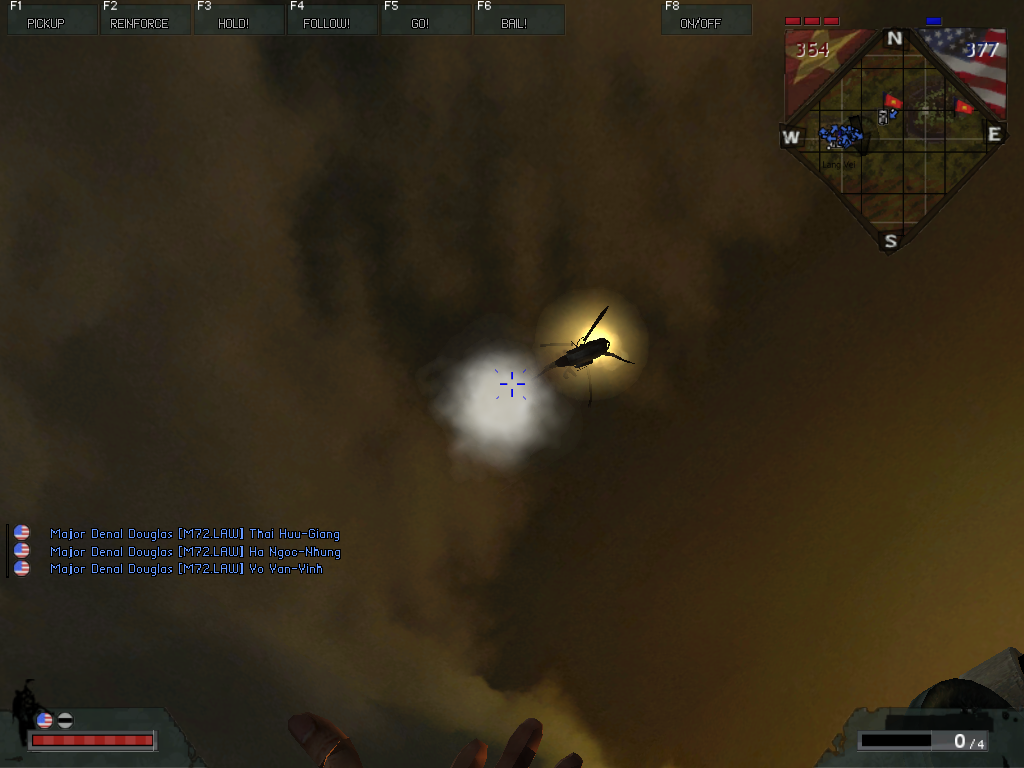 A Special Forces operator uses an M72 LAW to bring down an enemy Mi-8 transporting troops to the battlefield while defending a road block outside Lang Vei camp. Note the rocket's new white smoke trail.

So that's the new version of the AC-47 gunship for Operation Remembrance. A quick rundown on exactly what the changes are:

The pilot's bombs have been removed.

The passenger positions have been removed.

The door gunner has a modified Minigun with a larger range of traverse and elevation.

A third Minigun has been added in front of the other two, firing out one of the left windows.

Holding the secondary fire button in the pilot's position will turn the camera to the left (until the button is released), and pressing the primary fire button will fire the aircraft's other two Miniguns out the windows. This works just like the real AC-47, where the guns are controlled by the pilot looking left and firing them remotely. The only reason why I gave the door gunner independent control of that Minigun is because the bots can't use the "look left and shoot" mechanic, so without the door gunner, the AC-47 is entirely useless for bots. With the door gunner, the bots can at least use one of the three Miniguns.

The trick to flying and shooting with the AC-47 is to hold down the throttle like normal flying and use the roll controls (normally the right/left arrow keys) to put the aircraft into a slow circle called a pylon turn. Then turn the camera left with secondary fire, adjust your aircraft using the roll and pitch (up/down arrow keys) controls to aim, and fire at your target with primary fire. It's a bit difficult, but worth it once you learn how. Another helpful tip is to remember that your shots will NEVER strike exactly where the crosshairs point to. They will always hit slightly to the left, because from the firing view, the guns are to the left of the camera. Note that in the video, the shots hit to the RIGHT of the crosshairs. That's because while I was typing this article, I realized there was a command I could add to the Miniguns to make them a bit easier to aim, and when I did a quick test run, I found that part of the result of that command is a change in the bullet trajectory.