Post news RSS 8 things we added to our roguelike!

Hello Everyone, and welcome to the first Monster Path devlog on indieDB. Monster Path is a roguelike on rails where you must travel from west to east on a system of randomly generated roads, while avoiding the enemies chasing you, doing light quests, and adding power ups to your deck.

Hello Everyone, and welcome to the first Monster Path devlog on indieDB. Monster Path is a roguelike on rails where you must travel from west to east on a system of randomly generated roads, while avoiding the enemies chasing you, doing light quests, and adding power ups to your deck. 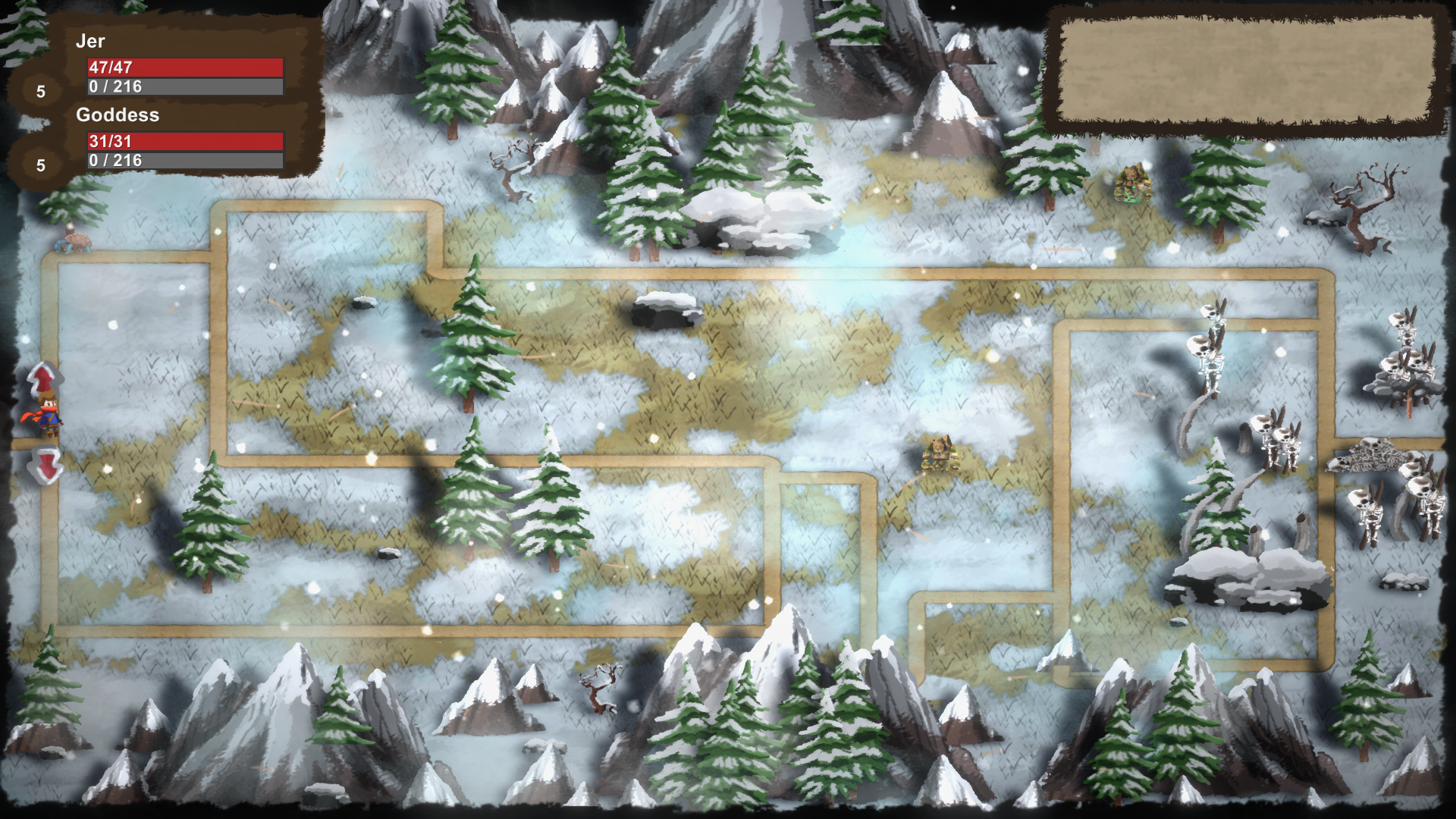 I have been working on this game a lot over the last few months, but I haven't made regular devlogs in a few months because I was welcoming a new little girl to the family. So to catch everyone up to where we are in the game right now, I am going to make one super devlog post showing all of the new features that I've added over the last 3-4 months. So without further ado, here are 8 things I added to the game while my wife was taking care of the baby :P

1. Multi-battles. One of the most important things we did was make it so that the battle system worked with multiple enemies and allies. Each of the characters has a one move per turn based on their speed. You can also use buffs and debuffs to change speed, defense, and attack. Since their are now multiple enemies there are also new "AOE" attacks that can hit all enemies. 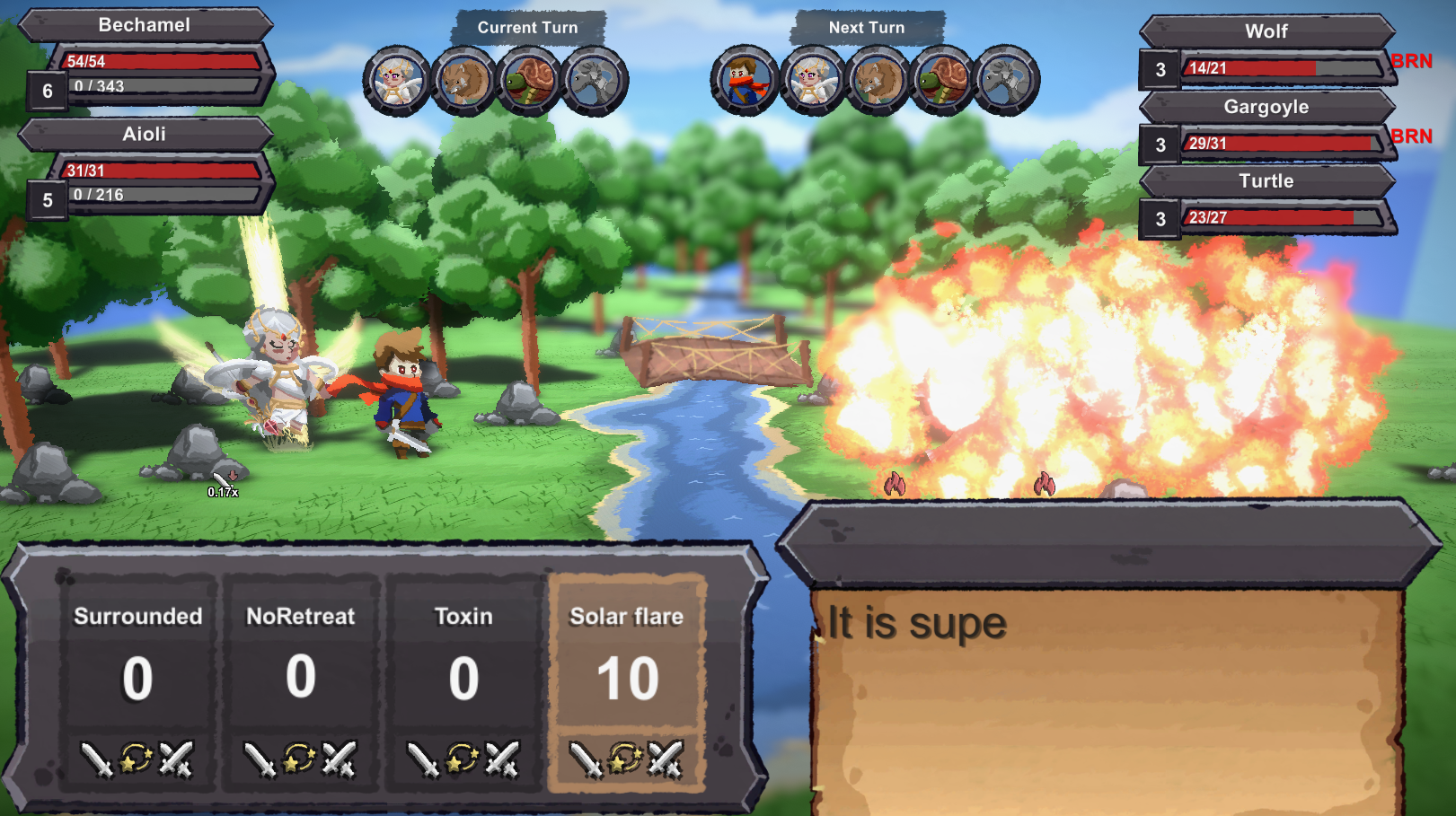 2. Allies This leads to the second thing we added, which is allies. The first one we added is Aioli and she is a support character with a lot of aoe buffs and debuffs. She will probably be the ally you start with, but throughout the game you will have a chance to change your ally at key points.

3. Biomes We may actually make it so that each of the biomes has its own potential ally. That would mean we have at least 8 allies.... BECAUSE We added 8 total biomes to the game as well! We added eight all together and made them all connect to each other depending on which path you take through the game. Each will offer different visuals, enemies, allies, and power ups. The WIP map of the biomes is below:

4. Research I also did a lot of research. And by research I mean I mean I played a lot of games... Don't judge me! I've actually been struggling to work on the game because I've been so busy, so its hard to devote my like 1 hour of daily free time to programming, when I can just veg and play Pokemon Unite. However, recently I have been playing Octopath Traveller, and that has been really inspiring and motivating me to continue with this game. 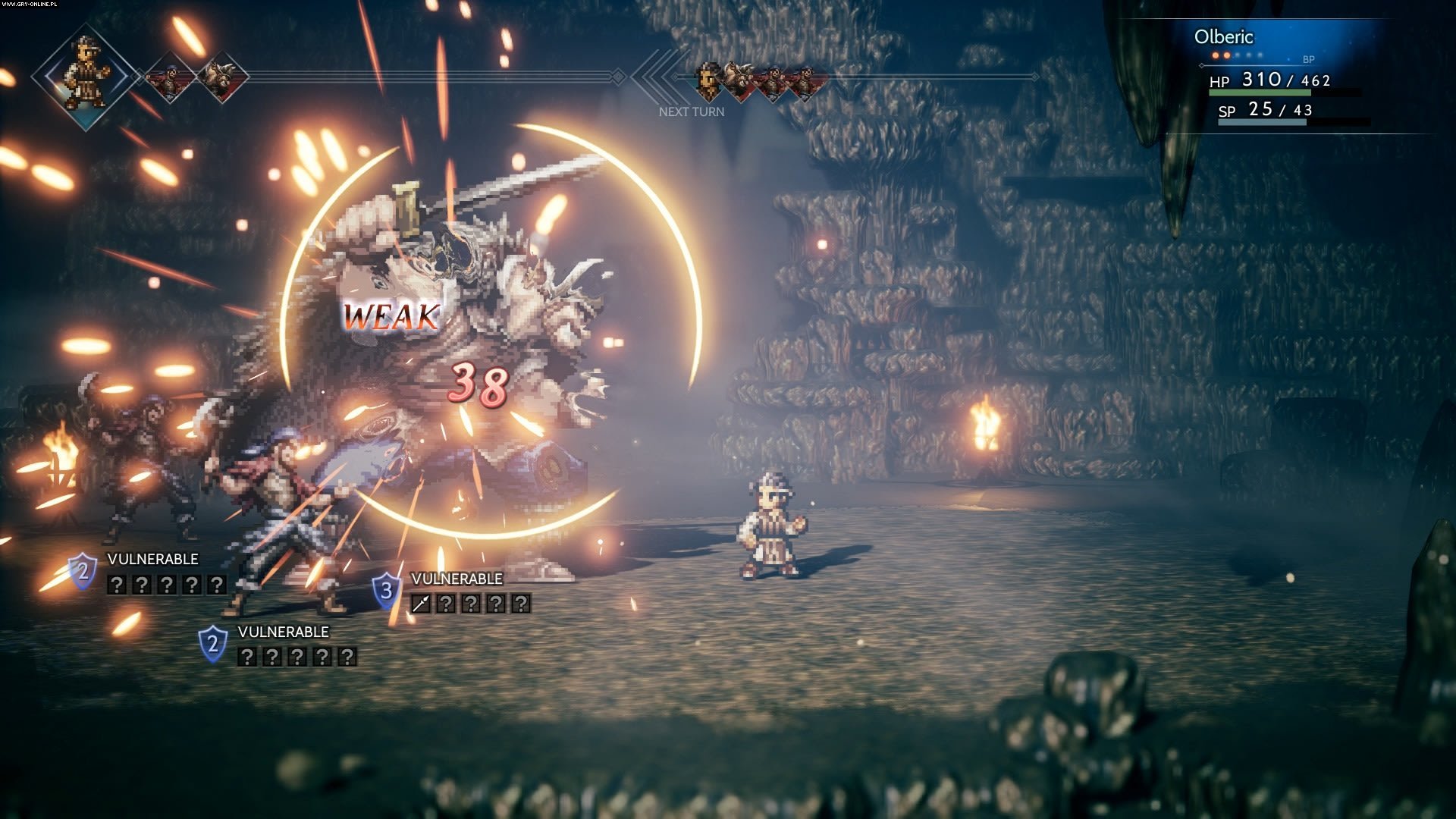 5. Animations Also, if you remember the battles from before, everyone just kind of either stood still or had a slight bounce. Now all of the characters have idle, attack, and dying animations. More on this coming soon in videos and demos!

6. Dailys Something special that we worked on with some other members of the discord server is a daily seed for the game. So if you use the daily mode everyone who plays the game in that 24hour period will get the same enemies and paths generated. So this mode can be a challenge mode against other players for a short duration. 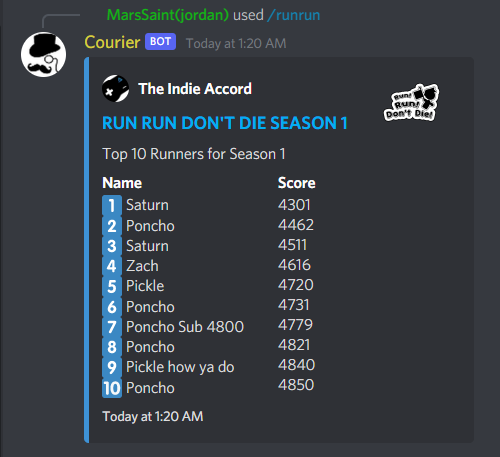 7. We also added these cool snakes, and really just a lot more enemies. 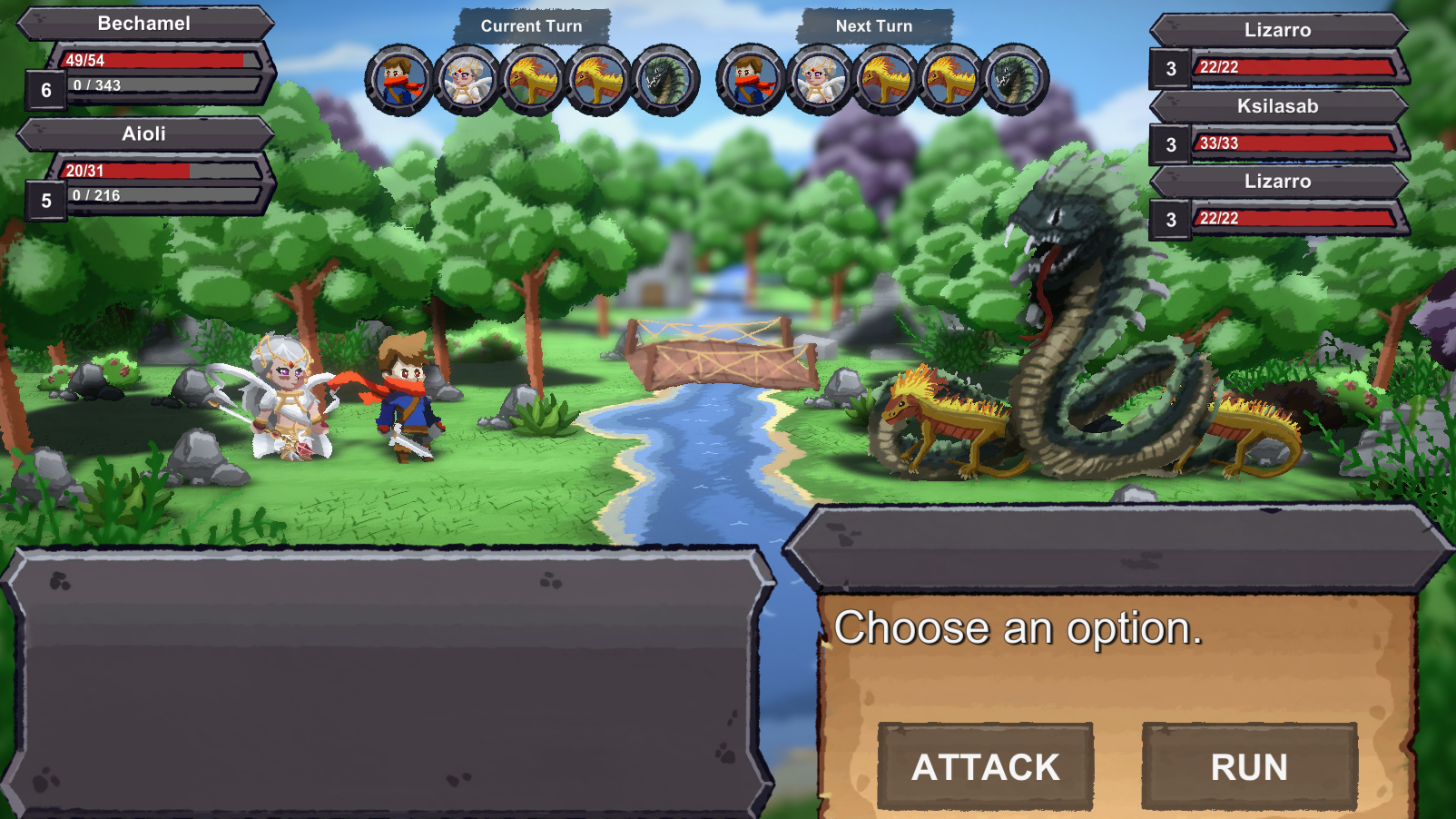 8. Finally, we also begun work on the music system using FMOD with an original score. Each biome has its own sound, and depending on whether you are in the overworld, fighting an enemy, or facing a boss the music intensity will adjust to the current situation. We will probably make a devlog about the sound and art next. This is the first time our games have had a custom score that responds to the actual gameplay, so I am really happy to see it all come together.

Anyway, I think that is it for now, thanks for reading! And if you want to see more about the game please follow us on indieDB!